Welcome to the Rainforest

World Music Festival
;
Sarawak, a state in Malaysia, provides an adventure worthy of it infamous occupiers, from the sultans of the Bruneian Empire to the English Rajahs who ruled for a century. But its history goes back much further, 40,000 years to be exact, to the inhabitants of the Niah Caves. Today, 27 ethnic groups still make their home in Sarawak in the ancient forest that’s part of the world’s richest and most diverse ecosystem.

What better place to hold a World Music Festival?

That’s exactly what Randy Raine-Reusch, a Canadian composer, thought while he was researching and recording the music of Sarawak in 1997. So, with the help of the Tourism Board, the first Sarawak musicians performed at the World Music Expo in France, and the first Rainforest World Music Festival (RWMF) was held in 1998 at Kuching. 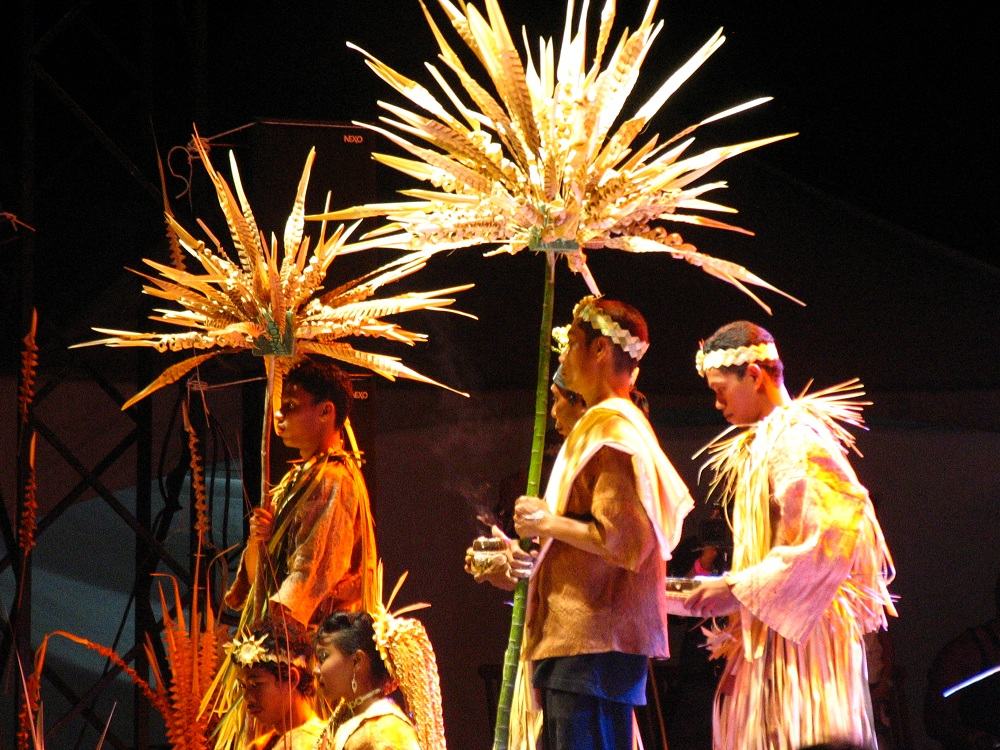 Attending the RWMF was one of those experiences you remember second-by-second, detail-by-detail. And I was far from the only one entranced with the show. That night, a sea of people, bodies swaying, almost touched each other as they sat cross-legged on woven mats that covered the hillside in front of the main stage. It was a night to celebrate music. And what a celebration it was!

Black Umfolosi, a group from Zimbabwe, were one of my favorites. They mesmerized the crowd with their aceppella singing and dancing. Lyrical words reverberated through the audience, gaining the strength of a swinging hammer, as the song took us from Capetown to Cairo, brick-by-brick, laying the railroad. Action and song told the sad, sad story of hardship and eventually, success.

And just in case you’d like to hear some of the music yourself, here’s a YouTube video for 2018, Awakening of the Rainforest, from Sarawak Travel.

The year I attended the RWMF, Randy Raine-Reusch was in attendance and I was lucky to have time to do a short interview between his performances.

Raine-Reusch, I learned, studied at Woodstock, New York’s Creative Music Studio in the 1970s and 80s. He followed that up by traveling and training with masters around the world, many of them from Asia. These are some comments he made while talking about his history with the festival.

“I started the festival with the Sarawak Tourism Board and a few others interested in preserving music…many instruments in the world are endangered — 3,000 to 5,000 instruments disappeared around the world in the 20th century. The festival encourages people to find traditional instruments and give them rebirth…the Festival is built on volunteers and the excitement…It’s a treat to come back — it’s bigger and better than when I left it.”

I’d also been able to visit the Sarawak Cultural Village for the morning press conference that started the festival. Each group of performers on the weekend schedule was introduced and gave a little bit of information about themselves, which was helpful in selecting the afternoon workshops I wanted to attend. 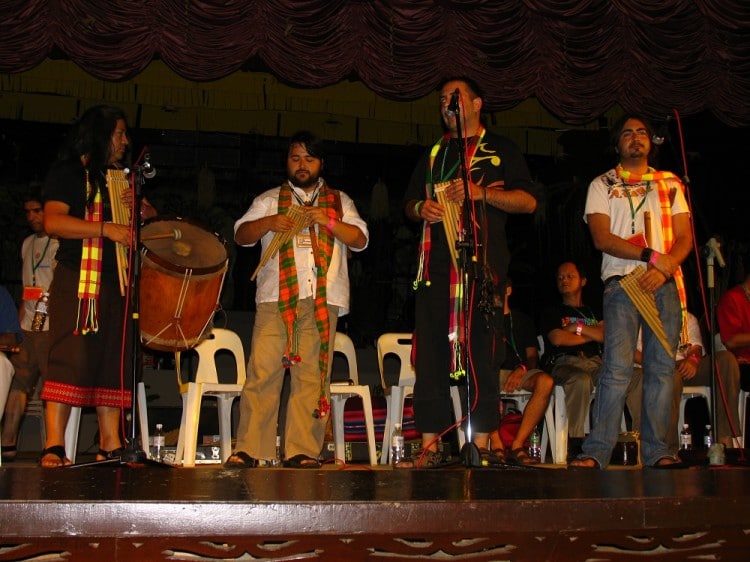 Workshops were in a few different venues, but all featured enthusiastic, talented musicians willing to share their experiences and ideas. One presenter was a shepherd in Southeast Sibera. Another group consisted of a 30-member band from all walks of life–the thing that linked them was that all of their instruments were made of bamboo. A trio featured musicians using a guitar and a washboard.

Between workshops, I wandered around the Sarawak Cultural Village, becoming familiar with the area’s multiple traditions, much the same as the colorful past of my home back in Saskatchewan. The scenery though, was vastly different with the palms and lush tropical forest!

A Walk through Sarawak Cultural Village

The park has a representative home and artifacts from the main cultures of Sarawak. This slideshow of my photos takes you on a walk through the park during the Rainforest Music Festival:

And so, why was this festival so memorable for me?

Well, I’ve learned that some moments in life are etched into memory as solidly as a photographic plate. 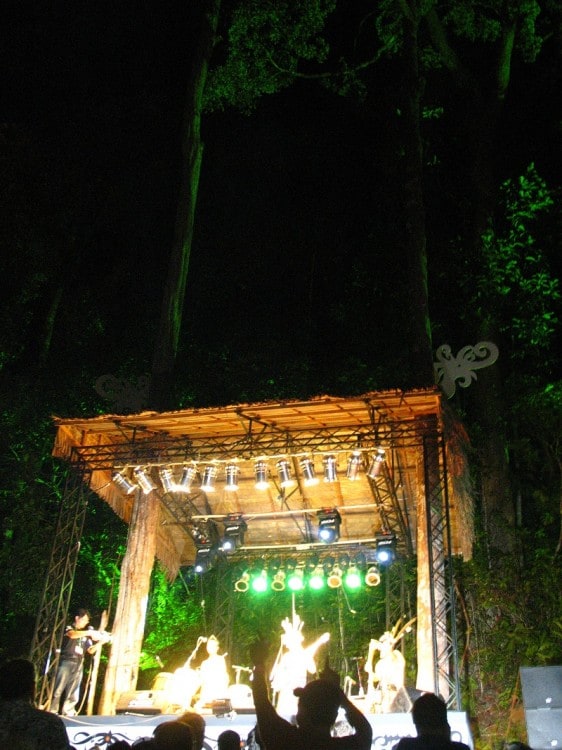 My eyes can still close and I’m gazing up at the trees behind the stage–their branches seem to stretch right to the black sky above. The air touches my arms, hot and damp, smelling of trees and leaves. Music fills the stage and spills out its open sides, speaking to me of experiences I’ve never known, never felt, but somehow I sense them anyway, picking up a note of happiness, a twang of despair.

I attended the Rainforest World Music Festival as a guest of Tourism Malaysia.

More Things to Do in Malaysia

The photo in the header was taken during the Rainforest World Music Festival at the Sarawak Cultural Village, in Kuching, Sarawak, Malaysia. 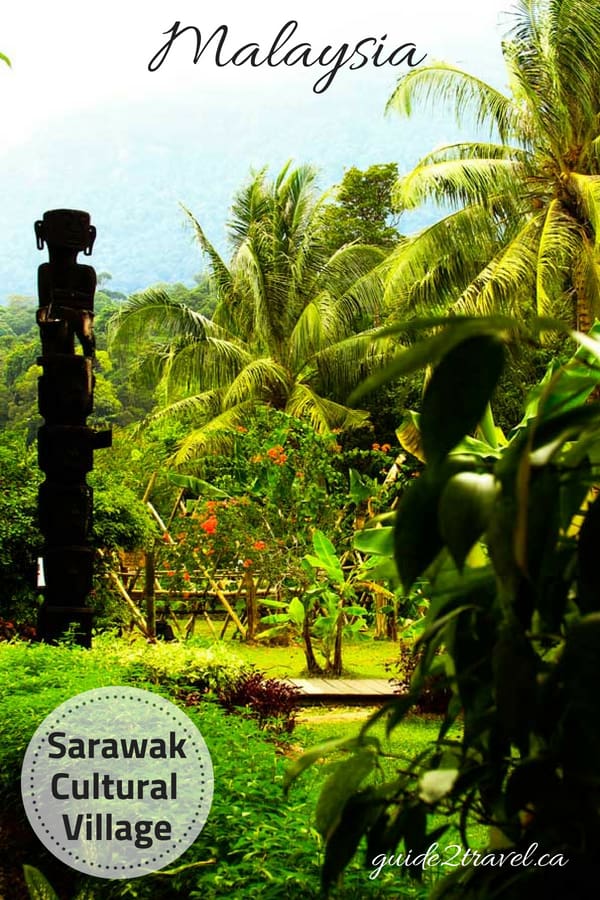 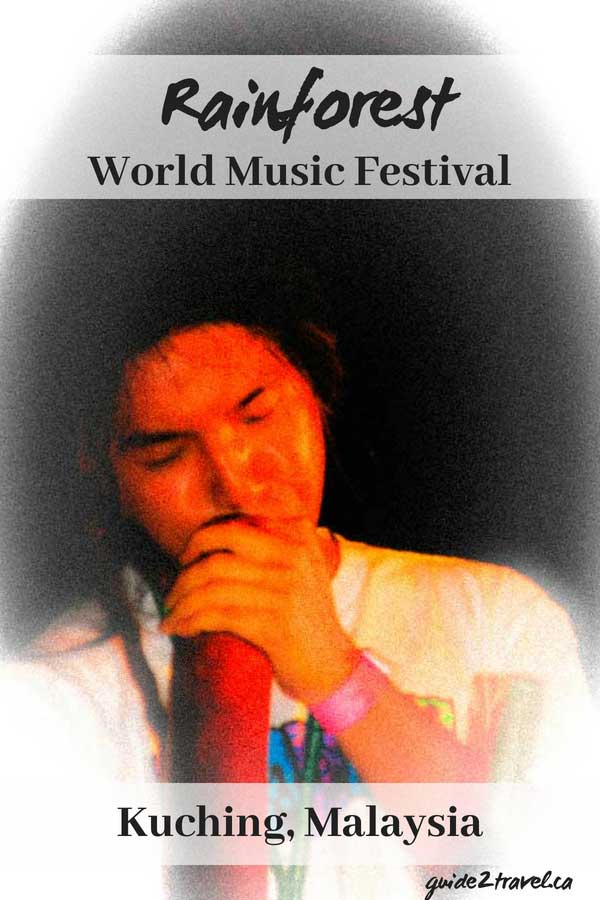 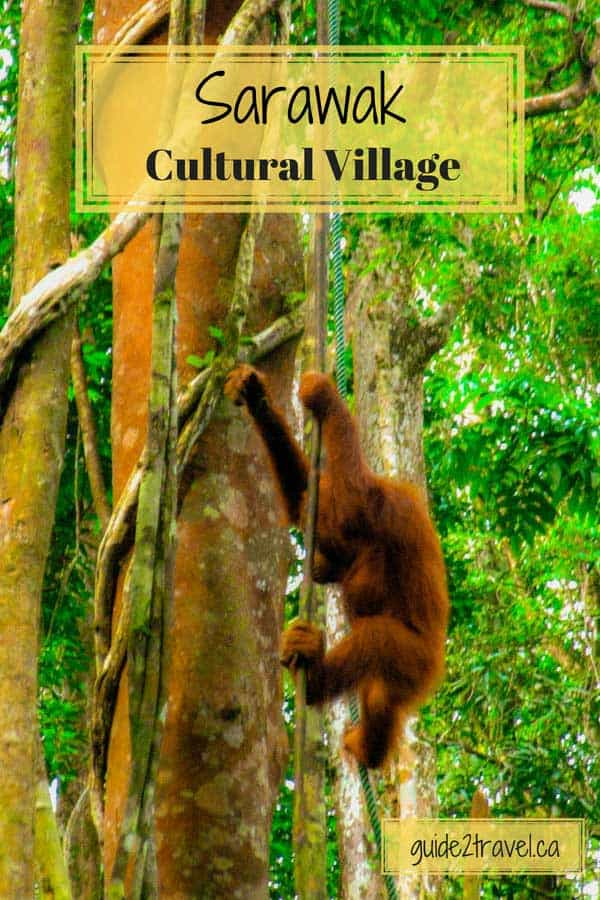 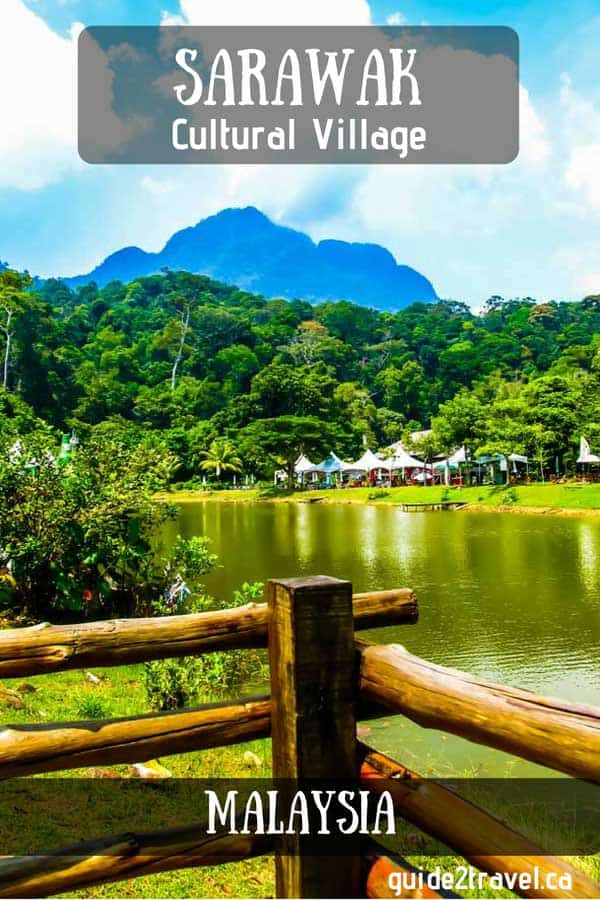