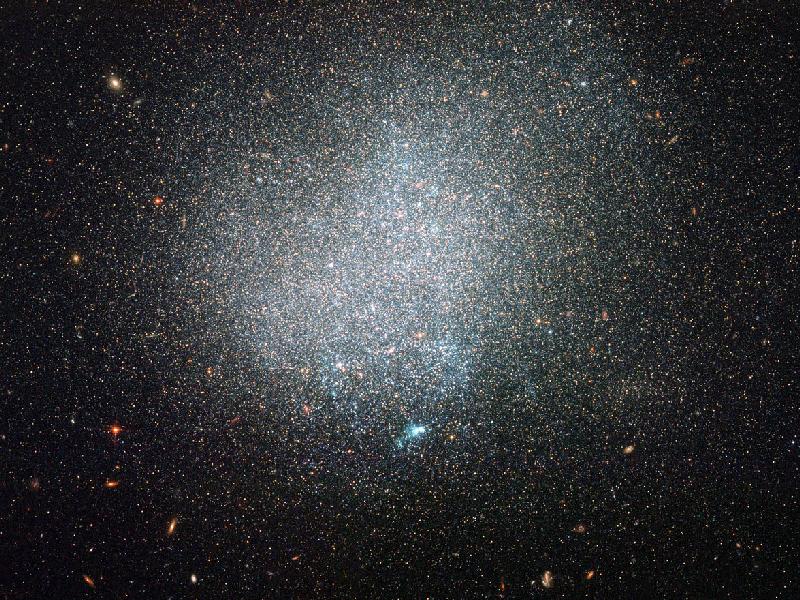 A small galaxy known as DDO 190 – photo reprinted with permission from NASA.

I’ve been looking up at the night sky, imagining all those other galaxies and moons and planets shining above me, for as long as I can remember.

Not everyone, however, is as lucky as I am when it comes to being able to see a sky full of stars. In many places of the world light pollution has made the skies a lot less exciting than it is here in Saskatchewan!

Light pollution fills the night hours in many urban and rural areas with man-made light that artificially changes the natural environment. While it may seem like a good thing to have well-lit streets and roads, there’s a price to pay when there’s over-illumination. The International Dark Sky Association (IDA) was formed to help protect our nighttime environment and preserve our heritage of dark skies.

My stargazing evening started with a drive from where I was staying, at The Resort at Cypress Hills, through the park to the newly constructed observatory. It was already quite dark as we made our way from the parking lot to the classroom.

The classroom, I soon discovered, was in a yurt–a domed wood framed building traditionally used in Turkey. While the frame was standard, the building wasn’t covered sheep’s wool or felt, like some I’d been in before. 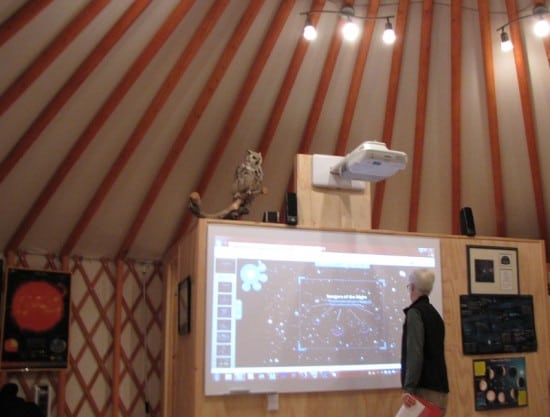 The classroom building at the new observatory in Cypress Hills Interprovincial Park.

Our tour of the galaxy followed–and what a tour it was! Our guide, a Cypress Hills Interprovincial Park employee, used a number of computer aides and videos to introduce us to the night sky and show us why we need dark sky preserves.

From lighting options to how human beings see at night, I was soon much wiser about the hows and whys of needing light pollution abatement. 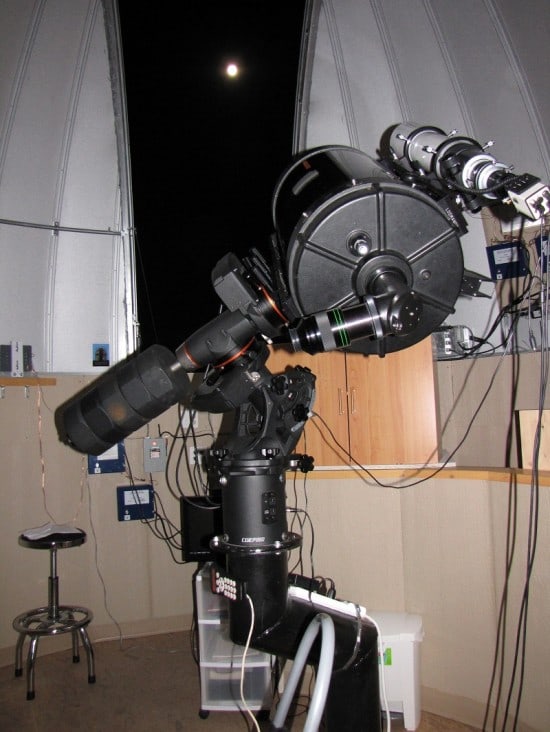 Modern technology let our guide to the night sky “dial up” (just about like Star Trek) a location on the telescope situated in the observatory and show us the image on the screen. Unfortunately for us, there was a harvest moon, so the sky was actually too well lit to see all but the brightest of stars.

However, we did go outside and follow the laser beam our instructor used to direct us around the sky and locate a number of constellations visible in the summer skies. I even have an evening sky map to show me the exact locations of what I saw.

I was, of course, waiting for the grand finale, though, my turn to look through the Celestron telescope. My personal version of stargazing is with the naked eye, so I was looking forward to getting up-close-and-personal with the moon, which was where the telescope was focused.

When it was my turn, I stepped up to the eyepiece. There it was–all cratered and lumpy–the moon that otherwise seemed to be just a smooth, glassy ball of white light in the sky.

I couldn’t draw myself away!

Like all experiences, though, this one eventually came to an end, and I returned to the resort. However, fate had one more amazing stargazing experience waiting for me on the weekend.

The next evening, September 30, while I was walking in the park, I saw for the first time ever in southern Saskatchewan (and I’ve been looking at the sky for a long time!) the shimmer of green northern lights (white ones are common) as they skittered across the sky. Here’s a photo from a Saskatoon observer, as I, unfortunately, didn’t have a camera nearby! http://earthsky.org/earth/october-1-2012-geomagnetic-storm-now-subsiding

During the summer season a full-time astronomer is available every evening.