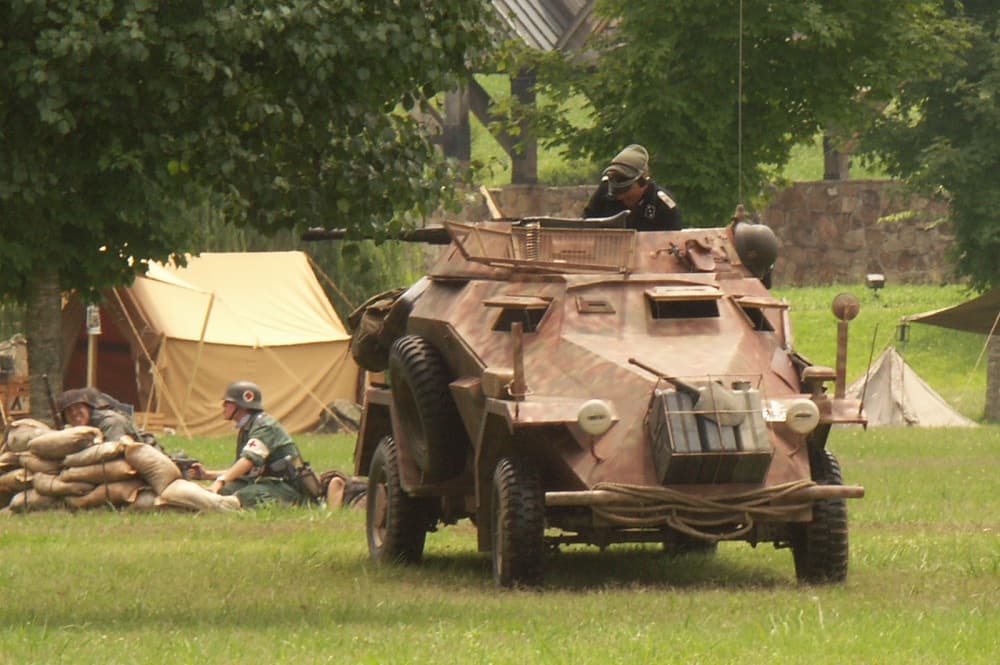 Nestled in a Tennessee Valley, Oak Ridge, Tennessee, was one of the Nation’s best-kept secrets during WW II—one I had the opportunity to discover at their annual June Secret City Festival. And it turned out to be a secret I think needs sharing!

I started out my day in the American Museum of Science & Energy right next to Bissell Park in Oak Ridge, where all the outdoor activities took place.

Exploring the museum exhibits gave me a crash course in energy technology, before settling into the auditorium’s comfortable seats to watch one of the Film Festival’s 30 features. At noon I walked the block to the grounds to watch the Secret City Fesitval 45 minute re-enactment of WW II.

The battle scene brought a swift reminder of why Oak Ridge—the Secret City—existed. 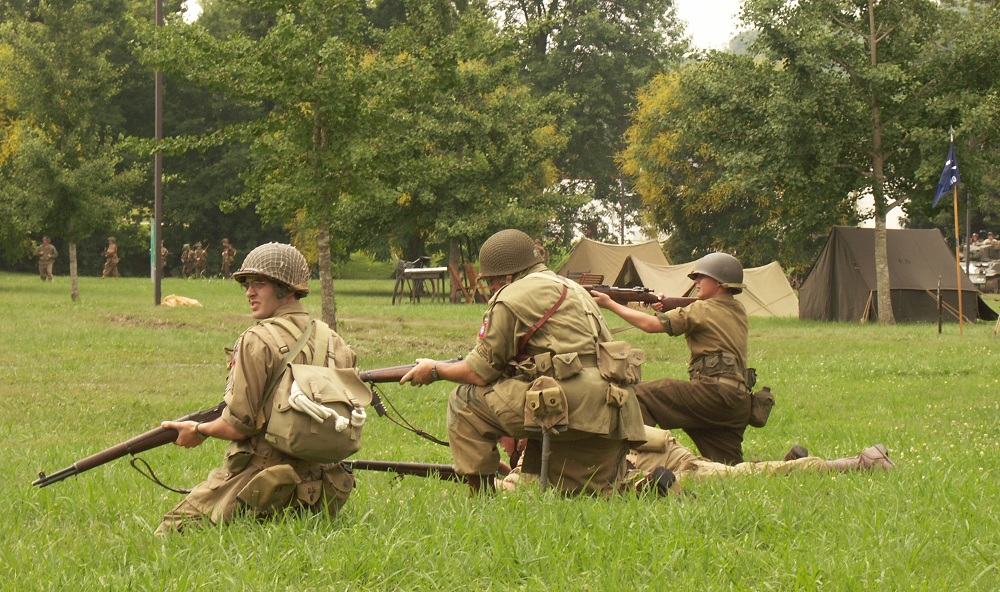 Nearly seventy years earlier, 75000 men and women had worked in complete secrecy, even from one another, in the Manhattan project that ended the World’s biggest war. Today, we feel the effects of its ongoing research in the fields of medicine and technology.

I found the Secret City festival focused on the future—on family and children, the arts, and multiculturalism. 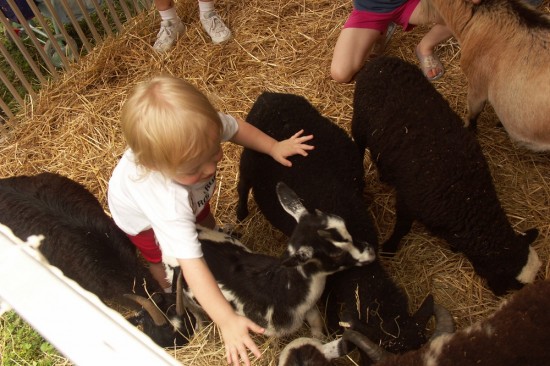 Wandering the grounds I smiled as children fed animals in the petting zoo; wiry kids tested their skills climbing the wall; young teams lined up with fire department volunteers to run relays with buckets of water; youthful artists painted; and all ages watched marionettes dance to the songs of a bygone era. Every corner of the grounds offered a new activity or display to delight young and old.

The food court promised many new tastes for me. I’d never heard of sweet potato French fries served with cinnamon and brown sugar—but I’ll sure spread the word now! Fresh squeezed lemonade quenched my thirst and the polish sausage covered with onions and green peppers was delicious. 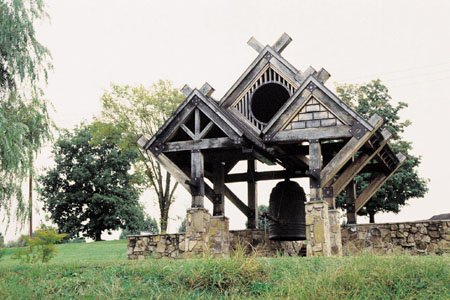 I discovered many great crafts at the displays inside the Oak Ridge Civic Center, as well as fascinating people to talk to at the Historical Society area. It was there I learned what life had been like when Oak Ridge was truly a “secret city” not on any US maps. The afternoon stage drew my attention for a couple of groups of performers—the Heritage Fellowship Worship Choir and the Oak Ridge Folk Dancers.

Finally, after exploring the car show and still finding something new to watch or do around every corner, I wound my way to the International Friendship Bell, with its message of promoting global goodwill and cooperation. The bell design includes both ancient Japanese and modem American elements, and was cast by Soutetsu Iwasawa, a bellmaker in Japan for Oak Ridge’s 50th birthday celebrations. I found each gong reminded me of the spirit of the city’s celebration theme, Born of war, living for peace, growing through science.

Oak Ridge is less than half an hour from Knoxville. From I-40 west bound, take exit #376-A onto Rt. 162, Pellissippi Parkway, which merges with Rt. 62 West into Oak Ridge. http://www.secretcityfestival.com