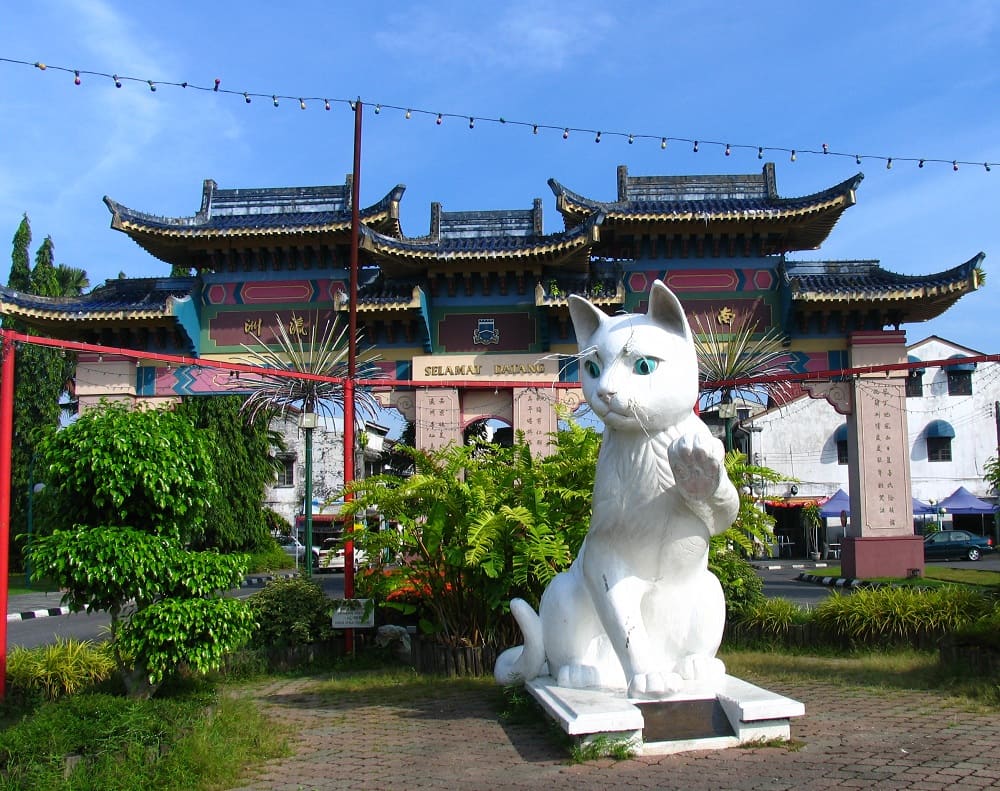 Cat statue in Kuching, Sarawak, Malaysia, the “city of cats.”

Kuching, Sarawak, Malaysia, is about as different from life in Saskatchewan as you can get! While the whole three weeks I spent in Malaysia were a life-changing experience, this city stood out as a favorite for many reasons.

Situated in the tropical rain forest, Kuching is considered one of the cleanest cities in Malaysia and was voted as one of the world’s healthiest cities by both the World Health Organization and the United Nations.

After visiting, I have to agree it’s an excellent choice for North Americans interested in experiencing both a tropical climate and Asian culture.

The largest city on the island of Borneo, Kuching is known as the city of cats – indeed, there are cat statues everywhere! White cats. Black cats. Tabby cats. 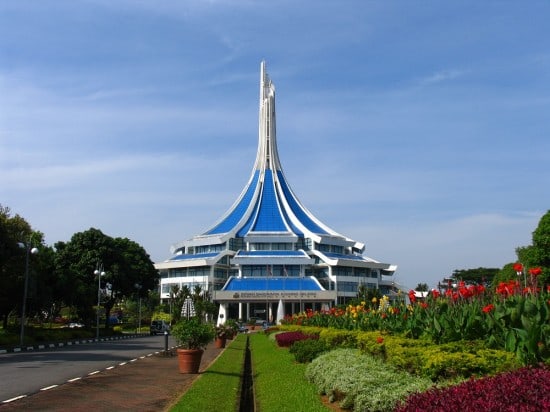 The name, according to legend, was given by James Brooke, who was fascinated with the five species of small wild cats that he found on the banks of the Sarawak River. Brooke, a British adventurer (and his descendants), ruled Kuching as his personal kingdom from 1841 until the Japanese occupied it a century later.

For North American visitors, this early British link is particularly beneficial, as signs in the city are usually in English as well as Malay or Chinese, and English is spoken in most places.

City sites were unforgettable in Kuching. 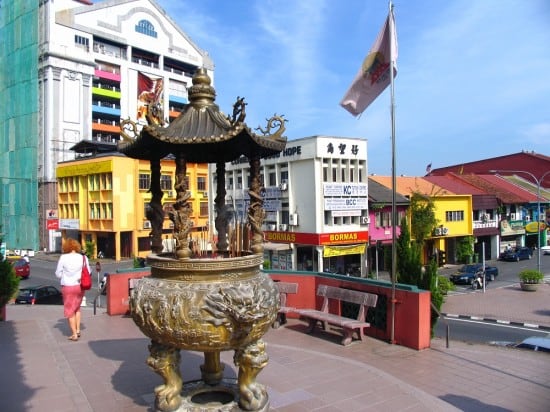 The conservative beiges and browns of Saskatchewan buildings were replaced with sunshine yellow, pink hydrangea, and raspberry red. Buddhist temples, Muslim mosques, and Christian churches co-existed peacefully across from one another.

Drying clothes decorated the balconies of every apartment building. Motorcycles zipped in and out of traffic, turning sideways in front of compact cars to maneuver more quickly.

Even though it was hot, many women were covered from head to foot in bright pastel colours – I had to leave my shoes at the door and cover my arms with a shawl when I entered a temple.

For the first time in my life, I was a visible minority and tall!

The list of places to visit is incredibly long, but I did have several favourites. The Kuching Cat Museum appeals to everyone, even non-cat lovers like me, with its displays from around the world and information about the Malaysian cats and their history.

While we have some great pottery places around Saskatchewan, I still packed my suitcases with all the small items I thought I could carry after watching local artisans at the Pottery Factory. Every piece they sell has unique handmade designs. 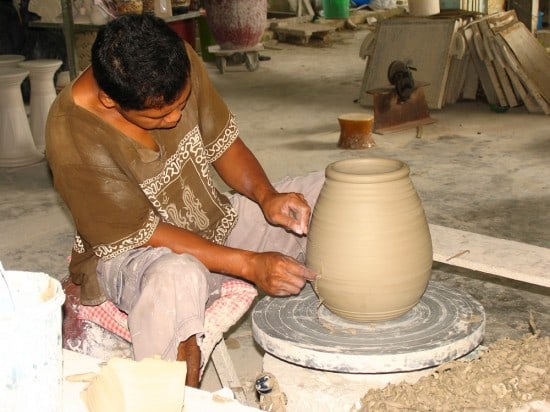 Artisan working on pottery at the Pottery Factory in Kuching.

Next door, at the Birdnest Centre, I even tried the Birds Nest soup, which tasted much as you`d expect – kind of earthy from the bits of twigs and grass glued together with the saliva of a Swiftlet bird (kind of a swallow).

I wasn’t prepared to pay the going rate for a kilogram of white nest, which can cost up to $2,000 USD, but I brought home a small sample of  the soup even though I wasn`t convinced of its medicinal properties.

Visiting Sarawak was easy, although I did have to renew my passport early since authorities require your passport be valid for a full six months after your date of arrival. Visas are also required–check the Sarawak Tourism site for details.

Find the best deal, compare prices, and read what other travelers have to say at TripAdvisor