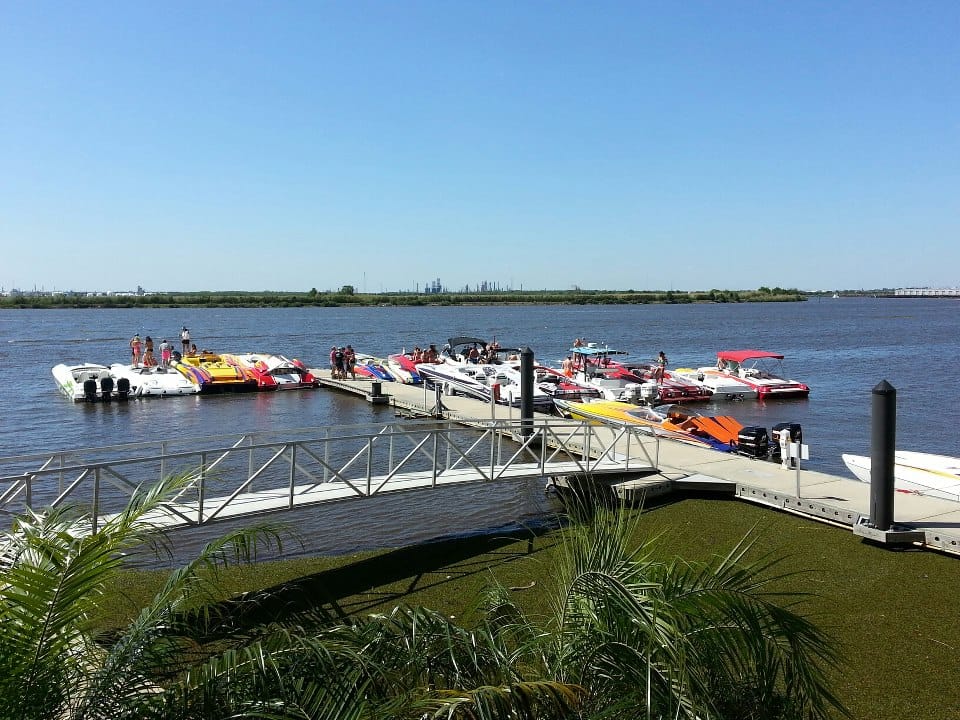 L’Auberge Casino Resort is situated on Contraband Bay–these boaters have arrived for a stay and tied up at the private dock.

The drive from Shreveport to Lake Charles was a leisurely one spent exploring small towns and rural communities. The pace changed, though, once we hit Lake Charles and our destination, L’Auberge Casino Resort.

L’Auberge towers above the city, its 26 stories making it a landmark. Inside and out, it’s a classy destination. Right from the beginning, when we handed the car keys over at Valet parking, we found Louisiana friendliness and efficient service.

With three nights booked, we dropped our luggage in the room and set off exploring. One of Louisiana’s newer casinos, L’Auberge was able to build the boat right into the facility, rather than having riverboats joined to it, as they were in Shreveport. We could, however, watch the boats on Contraband Bayou from our 11th story room floor-to-ceiling windows.

Of course, I also wanted David to see some of my favorite spots around Lake Charles—and there are quite a few of them.

A cold spell blew in after our arrival, perhaps some of our Saskatchewan winter finally leaving Canada! But I was snug in our mule-drawn carriage with a blanket thrown over my knees, as we wound our way through the Charpentier (Carpenter in French) Historic District on a Friday morning tour with J & R Carriage.

In the late 1800s lumber had been a huge commodity in the city, drawing dozens of builders to the area. Each had their own idea of elegance, which soon became obvious as we clip-clopped through block after block of intricately designed homes. 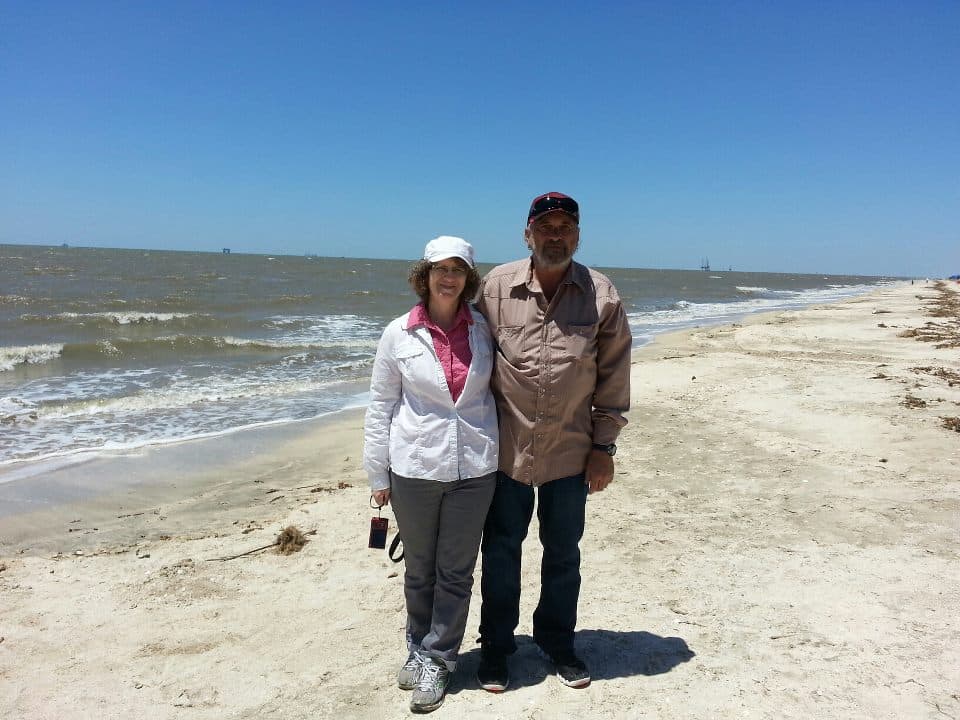 David and Linda Aksomitis on the Creole Nature Trail, an All American Road.

A.C. Bourdier, local historian, answered all of our questions as we rode through the streets. Luckily for us, he also guided us through the amazing Mardi Gras Museum at Central School after lunch. One of my favorite Southern experiences had been visiting Lake Charles a number of years earlier for Mardi Gras, so while I was familiar with the museum there were lots of new costumes to admire.

The main reason for our Louisiana Road Trip, though, was Contraband Days, the local celebration of Lake Charles’ pirate days. Friday evening, we met dozens of costumed pirates at the Lake Charles Civic Center where the action began. 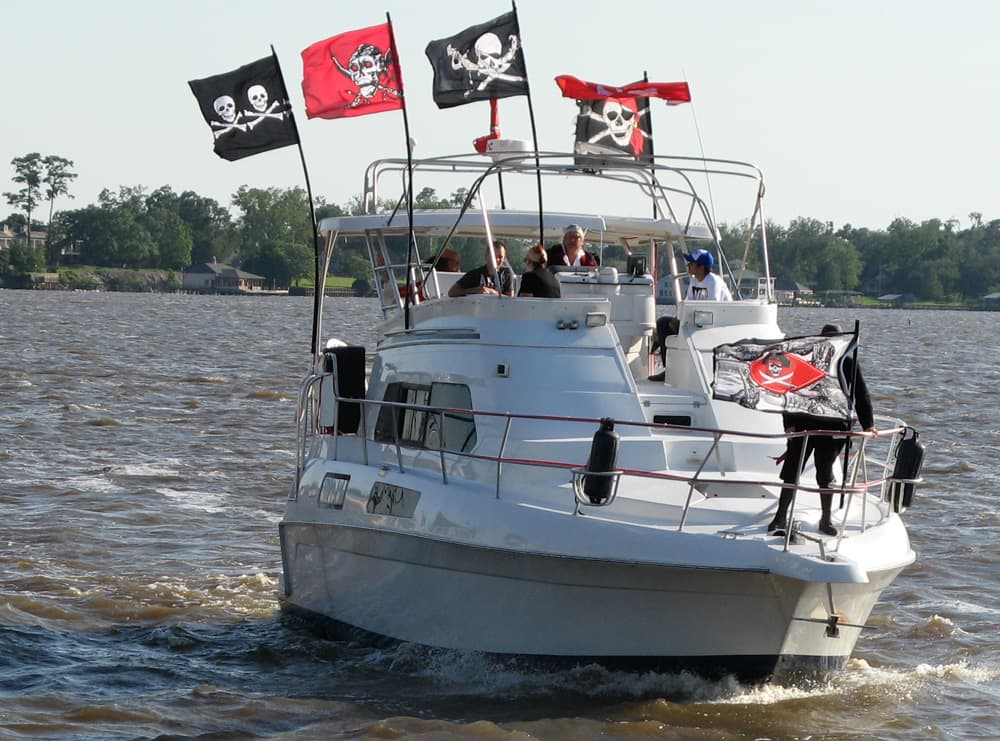 A number of boats flying the traditional Jolly Roger pirate flags circled the Lakefront Promenade while buccaneers shouted taunts at the locals valiantly trying to defend the city.

Canons blasted. Black powder guns fired. Clouds of smoke swirled into the air. Children held their hands over their ears at the explosions. 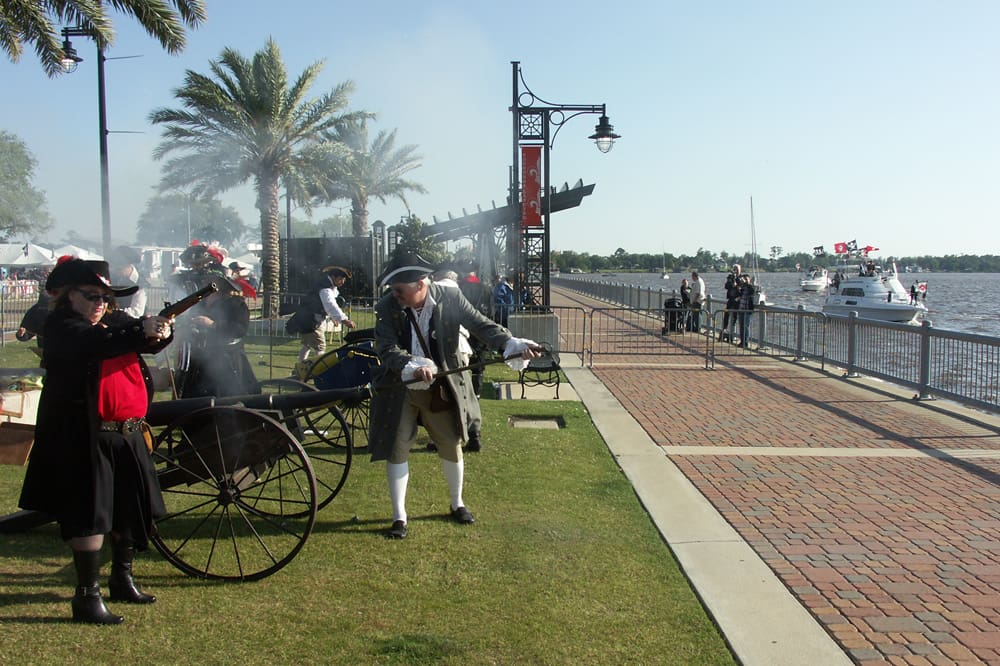 Canons at Contraband Days in Lake Charles, LA, defending the city from pirates.

But alas, the pirates won the day, coming ashore and overpowering the local militia. Jean Lafitte and his buccaneers demanded their surrender.

The final act of the night’s ceremonies required that the city mayor walk the plank at pistol point—of course—with the pirates and crowd cheering the pirate victory. With temperatures way below normal, I knew the dip into the lake would be a cool one!

And so began two weeks of merriment and celebration of Lake Charles history, which we were lucky to enjoy for a few days, as well as packing in some local eating experiences (you have to try the boudin trail!) and the Creole Nature Trail All American Road. 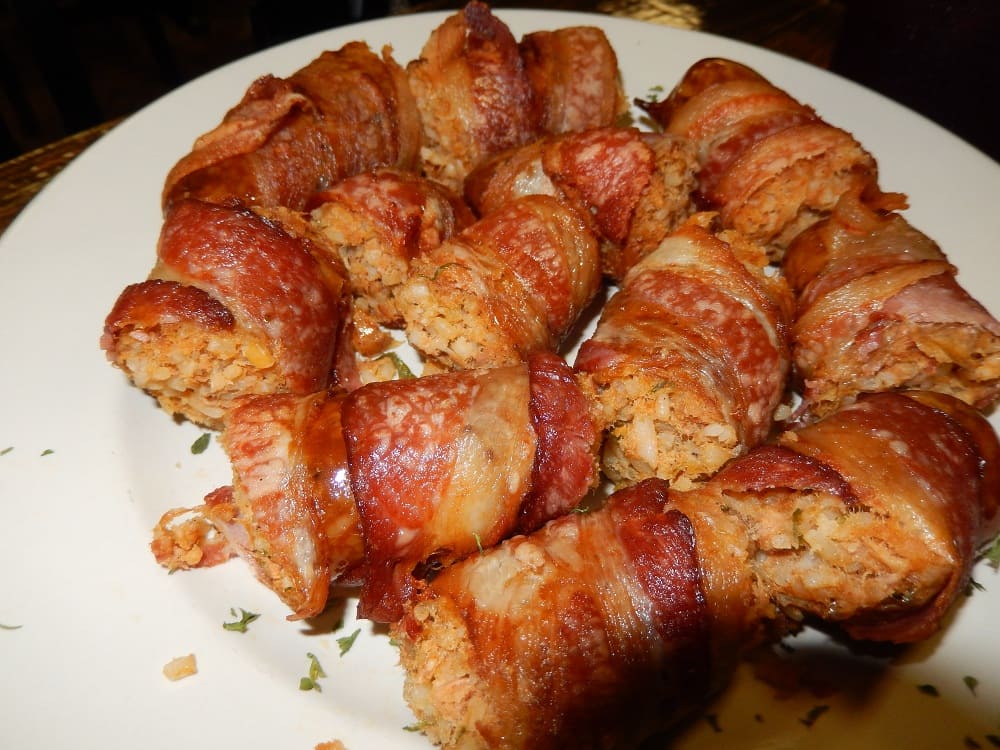