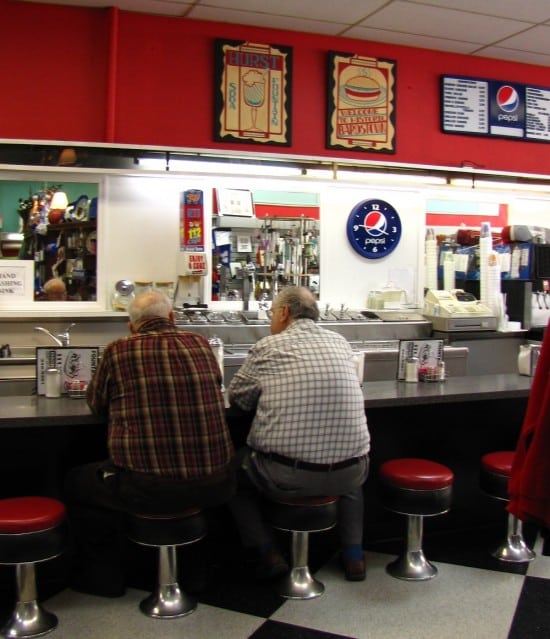 Some of the most inventive people in the world are cooks—at least in my opinion—and they aren’t always chefs in upscale eating places either.

My travels through the heartland of the United States have taken me to some quirky spots to find extraordinary meals in some unexpected places.

I’m going to start this series of blog posts with the #5 place on my list!

My only experiences with drugstore soda fountains come from episodes of Happy Days on television and my mother’s stories.

However, these iconic places from America’s past have always held a special appeal for me.

So on a trip to one of Kentucky’s first settlements, Bardstown, one of my favorite stops was at Hurst Drugstore, where the original soda fountain still operates on a daily basis. 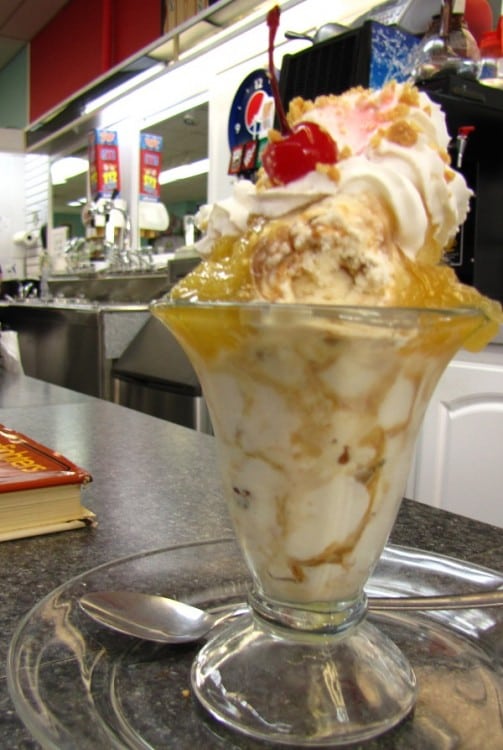 The Hurst Discount Drugs building is part of the nationally registered Bardstown Historic District that consists of 26 blocks with 279 properties.

In this picturesque downtown over one-third of the buildings were built between 1780 to 1850, using the Federal or Georgian architectural style.

I found it an intriguing place and spent a whole day wandering in and out of the many businesses, even being lucky enough to stay across the street from the drugstore at the Jailer’s Inn, where the local jail had operated for 168 years.

When I entered through the drugstore’s soda fountain door, I found exactly what I had hoped for: large black and white square floor tiles, red-covered stools, and shiny silver dispensing equipment.

I could almost imagine The Fonz was one of the two seniors seated at the counter.

It was easy to decide what I wanted—ice cream, of course—with pecans, Georgia’s state nut.

To top off my sundae, the waitress, her ponytail pulled back ‘50s style, recommended the pineapple sauce. My first spoonful confirmed it was the right choice.

Food, however, is just one of the great reasons to visit Bardstown. It was named the most beautiful small town in America by Rand McNally, in collaboration with USA Today in 2012.

This YouTube video takes you on a virtual tour until you can visit it yourself.