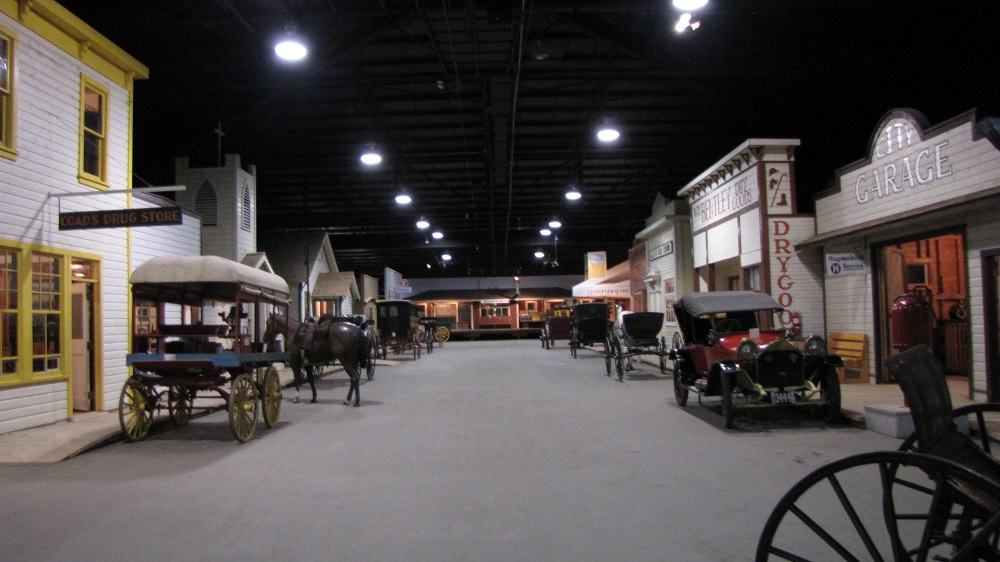 Saskatchewan is booming now, but it’s not the first time in its history. Back in 1910 this prairie province was also a boomtown–and that period is recreated at Saskatoon’s Western Development Museum.

Take a quick tour of Saskatoon’s Museum in this minute long YouTube introduction from Saskatchewan Tourism:

Lots of things were happening in Saskatchewan during that first big boom, just as they are now. One of the most exciting stories, though, is that of the manufacturing plant that moved  to Saskatoon after it closed its doors in Winnipeg in 1923.

In Winnipeg the car has been shipped in pieces from the U.S. Hatfield manufacturing plant and reassembled. Called the Winnipeg, the motor car was sold under the slogan “As good as the wheat.” 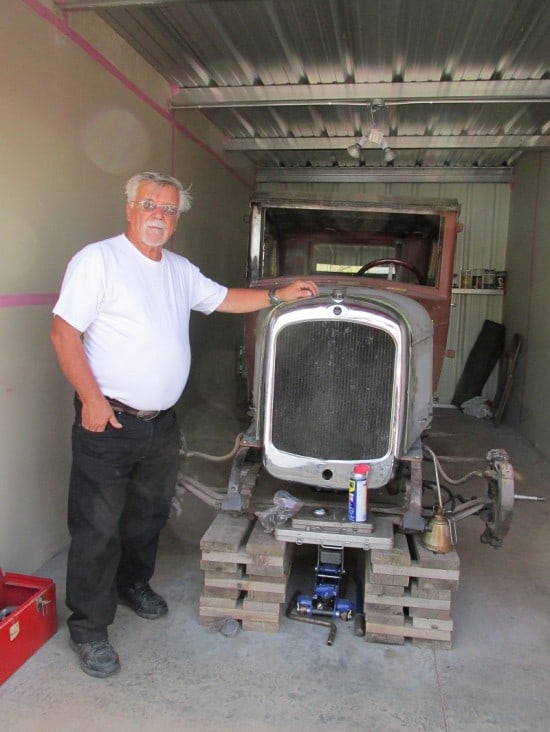 Louis Arsenault, the only original owner left after it folded in Winnipeg, opened the Derby car plant in Saskatoon in the empty building that had been used by the Marshall Tractor Company. He used the same business model as with the Winnipeg auto, although this time it was the Davis car imported and assembled.

The number of Derby cars sold seems to be tough to nail down, although the Western Development Museum believes there were around 50 built and 32 registered in Saskatchewan before the factory closed in 1927 and Arseneault disappeared, leaving investors with empty pockets.

It’s not surprising that there are few–okay–likely just one–Derby car remaining. The Museum acquired the unrestored 1926 sedan a number of years ago, and a recent partnership with the Saskatoon Antique Auto Club (SAAC) has given members a challenge and promises to bring the Derby Car back to Saskatchewan for people to see.

I was lucky enough to spend some time with several members of the Auto Club and learn more about the restoration process. While we often hear that it takes a community to raise a child, it also takes a community to tackle a project like this on a vehicle that’s so rare. In addition to the main partners, other local businesses such as a towing club and upholsterer have also joined the team to help out where they can. 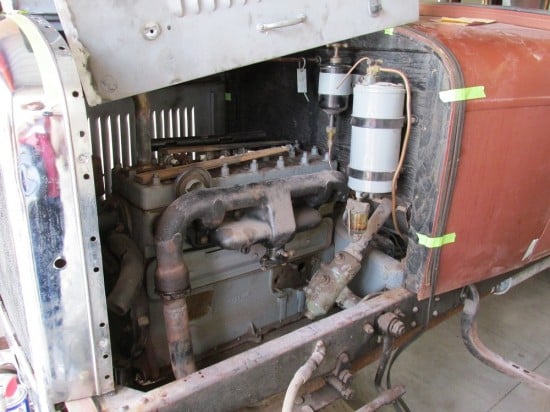 Under the hood of the 1926 Saskatoon Derby car.

This isn’t the first car project that the two organizations have partnered on, however, it may be the most challenging due to the rarity of the vehicle.

Luckily, since there were few differences between the Derby car and its U.S. Davis car cousins, some parts can be acquired. Others, however, must be recreated in what sometimes works out to be innovative ways.

I know I was quite amazed as I listened to the guys explain the challenges they’ve already overcome!

When SAAC celebrates its 50th anniversary in 2014 I’m sure the Derby car will have taken its place in the Western Development Museum line-up.

To close off here’s a photo of me with one of my favorite tractors in the museum — the 1911 American-Abell Steam Traction Engine “Cock of the North” tractor. It could break about 4 acres of prairie sod an hour, burning up to 5000 pounds of coal a day! I won’t complain about today’s fuel economies again. 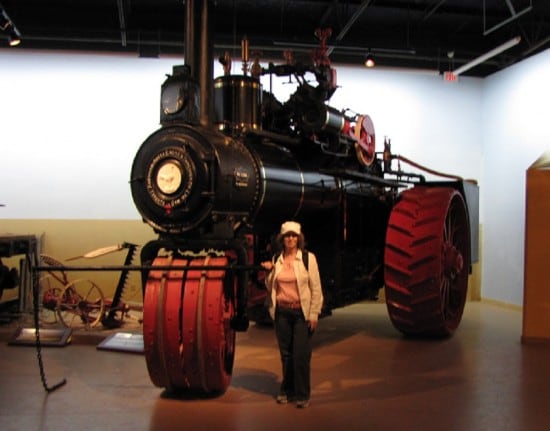 Saskatoon’s Derby Car is Back

Our thanks to Saskatoon Tourism and members of the Saskatoon Auto Club for making our visit such a great time!