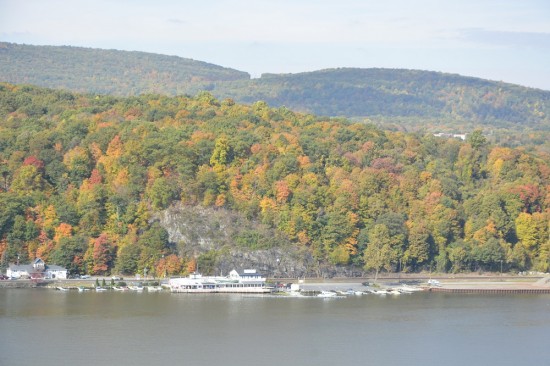 Fall foliage on banks of Hudson River at Poughkeepsie.

The best way to see fall foliage is from a walkway above the oranges, reds, golds and greens–particularly if that walkway is Poughkeepsie’s Walkway Over the Hudson River.

Our 6000 mile return trip (from Qu’Appelle, Saskatchewan) down the U.S. east coast in search of the best fall foliage took us to some pretty colorful places, however, Poughkeepsie, New York, stands out as one of the best.

Also known as the Queen City of the Hudson, Poughkeepsie is situated along the 315 mile Hudson River that flows through New York state. We were lucky enough to visit several other communities in the Hudson Valley on our trip, including Irving and Tarrytown and Sleepy Hollow.

Driving into Poughkeepsie, the bridge that spanned the wide expanse of the Hudson, a full 212 feet above the water, immediately captured my attention–as did the people hiking it. Luckily, I could almost drive “as the crow flies” to locate the parking lot for the east entrance to the Walkway Over the Hudson State Historic Park.

The walkway began life–as have a number of other pedestrian bridges–as a railroad bridge. In fact, back in 1888 this 6767 foot bridge was the longest in the world. 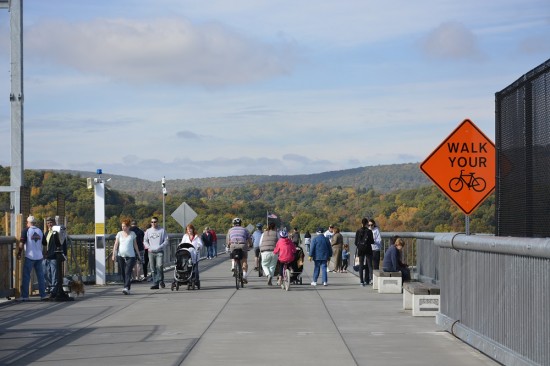 Walkway Over the Hudson

Luckily, it was a gorgeous morning for a hike, and we certainly weren’t the only people out enjoying the weather. There were hikers, and bikers, and joggers, and dog owners (pets must be on a leash no more than six feet long), and baby carriage pushers, and well, about fifty or more other smiling faces out taking advantage of October’s sunshine.

Since the bridge is also a park, there are services along the path leading to the actual over-the-water part of the walkway. With portable toilets, vendors selling water, ice cream, and of course, souvenirs, visitors can get whatever they need.

I didn’t need anything though, but was anxious to get out over the water and start snapping photos! 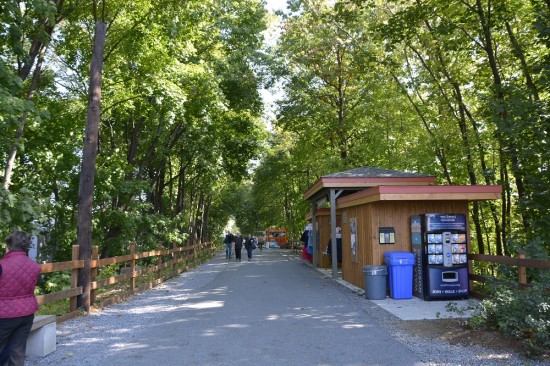 Services available for the Walkway Over the Hudson.

The hike, I learned from the information panels (there are also QR codes that can be scanned with your smart phone), runs 1.28 miles over a surface of 973 prefabricated concrete panels, each weighing up to 15 tons. And more remarkably, it’s all held together by nearly a million rivets!

While the walkway is usually closed at night, except for special events, it’s equipped with 81,000 light emanating diodes or LEDs that use less than $1.80 of electricity per hour. I wondered what the view would be like at night–however, I don’t think anything can top the fall foliage view. 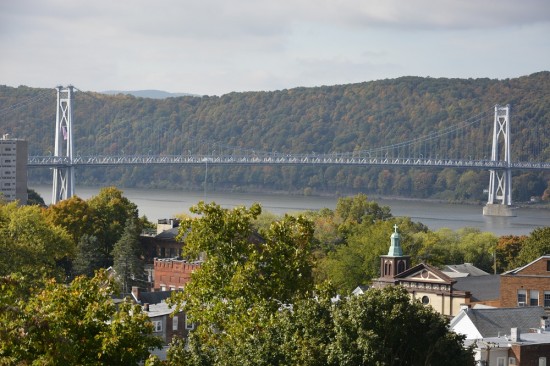 View of Poughkeepsie’s traffic bridge over the Hudson River. 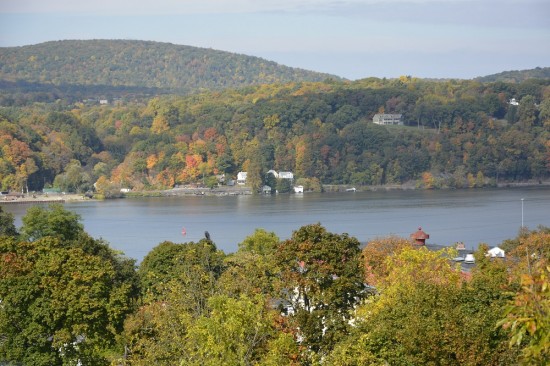 View from the Walkway before reaching the bridge over the water portion. 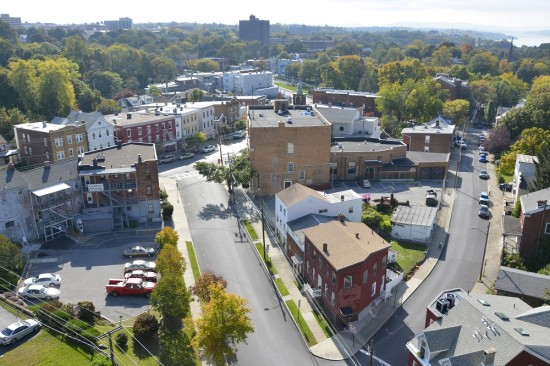 The city from the Walkway

When you’re visiting Poughkeepsie, I’d like to recommend the Hampton Inn & Suites, where we were hosted. While you’re there, try a meal at the Culinary Institute of America. You’ll be impressed–I was!

We’d like to thank Dutchess County Tourism for making our visit to Poughkeepsie, New York possible.