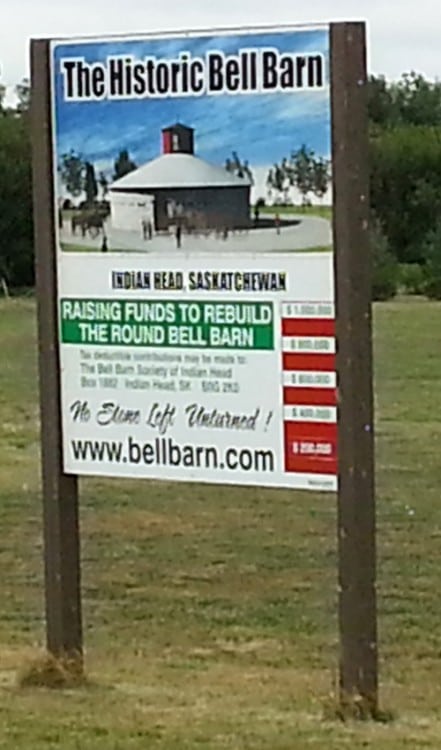 Sign for the Bell Barn at Indian Head, SK.

The big, round stone Bell Barn has stood outside the town of Indian Head for 130+ years, weathering everything from heavy snows to hailstones.

Once, this barn was part of an enormous “model” farm that consisted of so much land it’s written that men ploughing the fields were able to go straight ahead in one direction until mid-day, and then reverse for the afternoon to come home.

The farm was the dream of Major William R. Bell, who had walked from Brandon to Indian Head along the proposed path of the Canadian Pacific Railway in 1881. Then, Bell approached the Canadian government with a plan to purchase a chunk of land at Indian Head about 100 square miles in size, which Sir John A. MacDonald approved (23,658 acres, at $1.25 an acre) in April, 1882.

So, farmers for the Qu’Appelle Valley Farming Company’s model farm arrived that summer, along with the railroad.

Farming in the area wasn’t nearly as profitable as Bell had hoped though, due to a number of different reasons. In 1885, for example, a lot of the horses, wagons, and men were drawn off by the General in Command of the Forces to fight in the Riel Rebellion. This 1885 document outlines the situation in a report to the Minister of the Interior.

Some of the land (675 acres) was sold the next year, in 1886, to help reduce the farm’s debt–this land was the start of the Indian Head Experimental Farm. But the sale wasn’t enough to put the model farm on a profitable track, and three years later, in April, 1889, the Supreme Court of the North-West Territories ordered that the farm be broken up and sold.

Today, the Bell Barn is the last remaining structure of this once enormous farming community, which had consisted of about 70 buildings, a number of them made of stone like the barn. While the stone barn is made of all of the original stones, it was disassembled stone-by-stone and reconstructed in its original form a short distance north of the original site in order to preserve it.

And now the stories–like the Bell Barn–remain for visitors to enjoy. 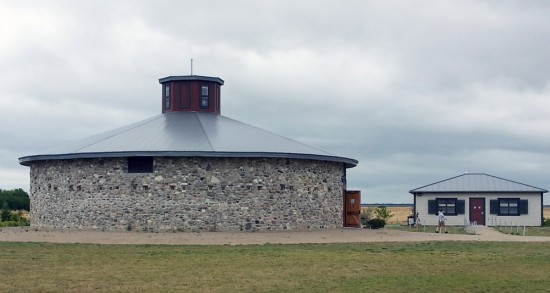 Round stone Bell Barn at Indian Head, SK. The exterior of the building is 69 feet in diameter and 14 feet high. The washroom/maintenance building to the right is modelled after the farm cottages that workers lived in. Saskatchewan’s first telephone system linked some of the farm buildings in 1884. 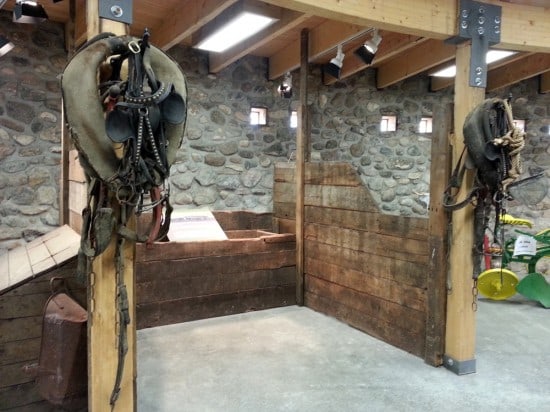 Stalls inside the Bell Barn now hung with period harness for workhorses. The barn had 29 single stalls and two enclosed box stalls that held two horses in each. 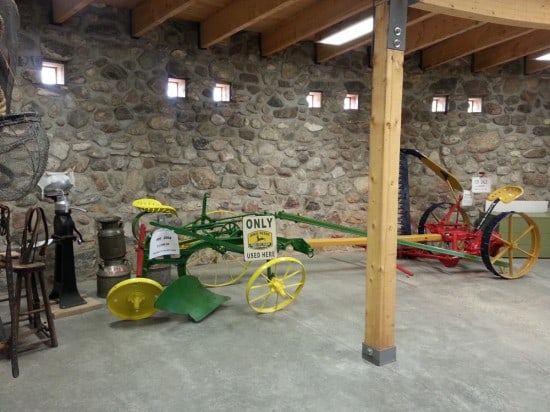 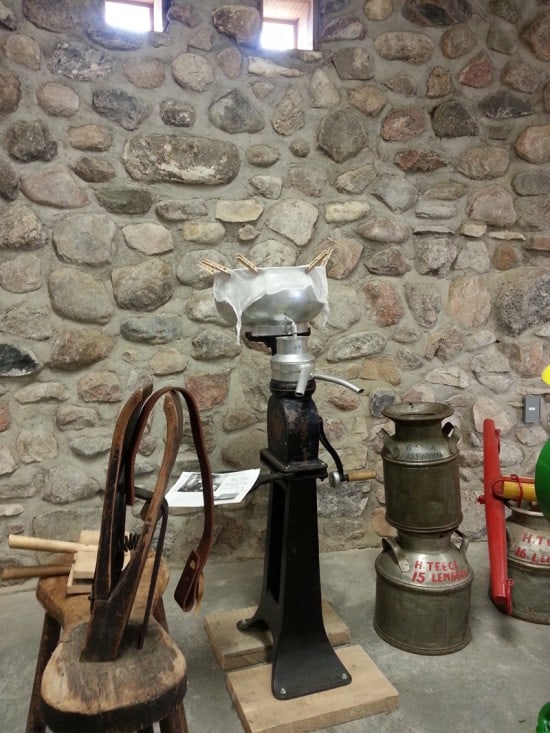 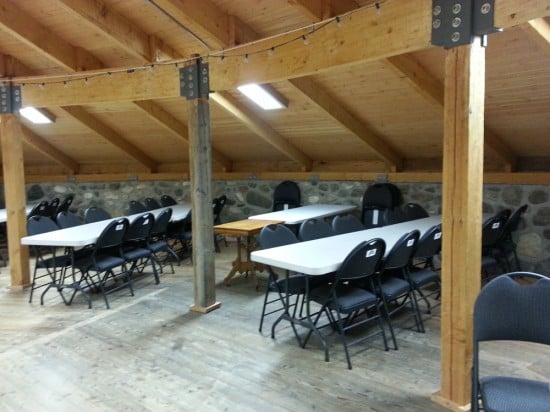 Seating in the original loft of the stone Bell Barn – barn dances, weddings, and other events are now held here.

This YouTube video contains a series of photos of the Bell Barn as it was being reconstructed.

The Bell Barn is on Highway 56, one mile north of the town of Indian Head, SK. It is open to visitors, plus can be rented for weddings or other events.