Gone With the Wind 75th Anniversary–Visit the Museum in historic Jefferson, Texas 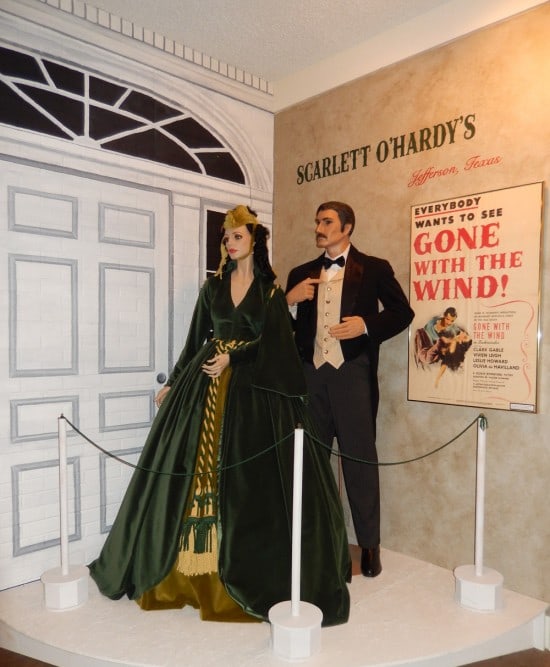 Gone with the Wind, the classic movie about the South, celebrates its 75th anniversary in 2014, after being first shown in Atlanta back on December 19, 1939.

The book, Gone with the Wind, written by Atlanta author, Margaret Mitchell, had already been met with wide acclaim before the film came out. Published in June 1936, it sold a million copies in its first six months–a feat that’s still amazing even in the worldwide access that e-books have today.

If you’re not sure what the story’s all about, there’s a great analysis of the characters and their motivations on the Pop Matters site.

And while there’s a lot of disagreement over whether or not the story of Gone with the Wind is a tragedy or not, none would likely disagree that the author, Mitchell’s, life was filled with tragic events beginning with the mysterious ailment that kept her bedridden from her journalism career long enough to write the 400,000+ page novel.

Then, sadly, Mitchell died just a decade after the film came out in a traffic accident. This article from History Today goes through her own very tragic life story.

Gone With the Wind–Premiere in December 1939

The Internet can take us back in time to the premiere of this amazing story. This video is live footage of the events leading up to the premiere showing in Atlanta on December 19, 1939.

And here’s the original December 25, 1939, Time Magazine review of the movie and event.

If you enjoy trivia, I highly recommend these 20 Facts about Gone With the Wind from Mindhole Blowers!

Scarlett O’Hardy’s Gone With the Wind Museum in Jefferson, Texas

While video clips and period articles certainly help take us back to the very first showing of Gone With the Wind, Scarlett O’Hardy’s Gone With the Wind Museum does a fabulous job of taking us back through time to follow the history of this classic through the decades after its launch.

Let me recommend the museum as one of those must-do stops if you’re traveling through Texas and Louisiana this summer. Here are just a few photos of some of my favorite pieces inside the museum. 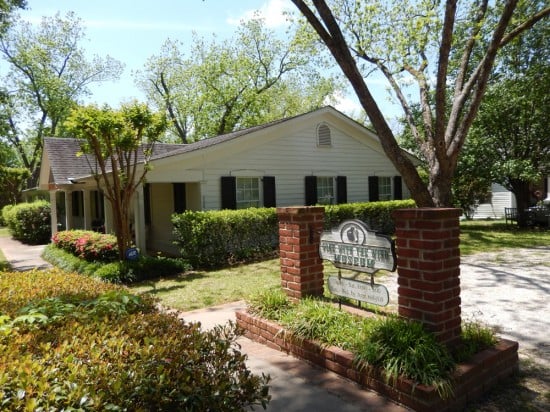 Scarlett O’Hardy’s Gone With the Wind Museum in Jefferson, Texas. 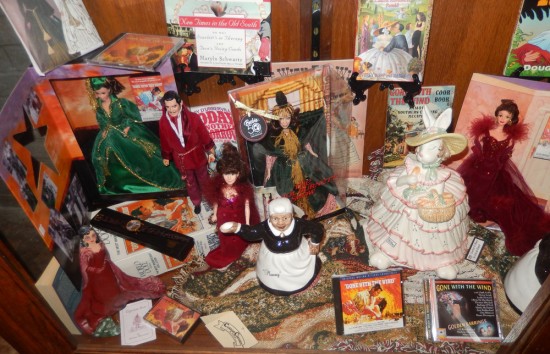 Gone With the Wind Dolls.

Gone With the Wind Toys. 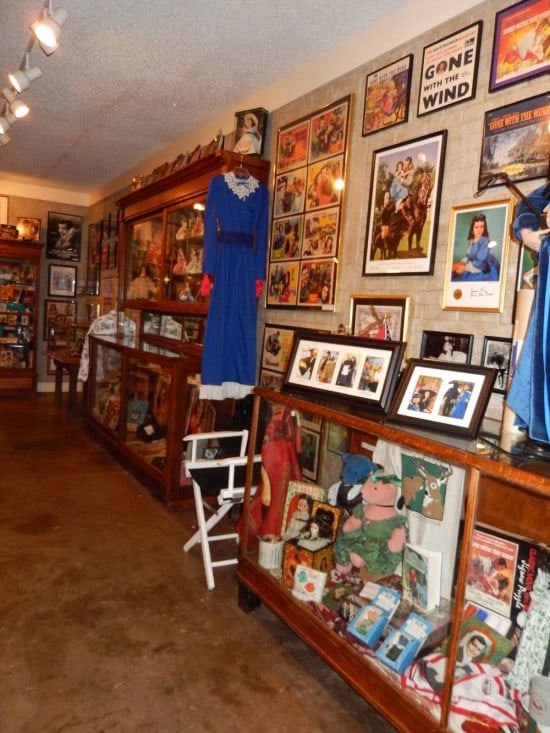 One display wall at Scarlett O’Hardy’s Gone With the Wind Museum in Jefferson, Texas.

Movie clip from the original screenplay of Gone with the Wind

And now, I’ll leave you with this short trailer from the movie. Enjoy!

Our personal thanks to Bobbie Hardy for the awesome private tour we had by special appointment!