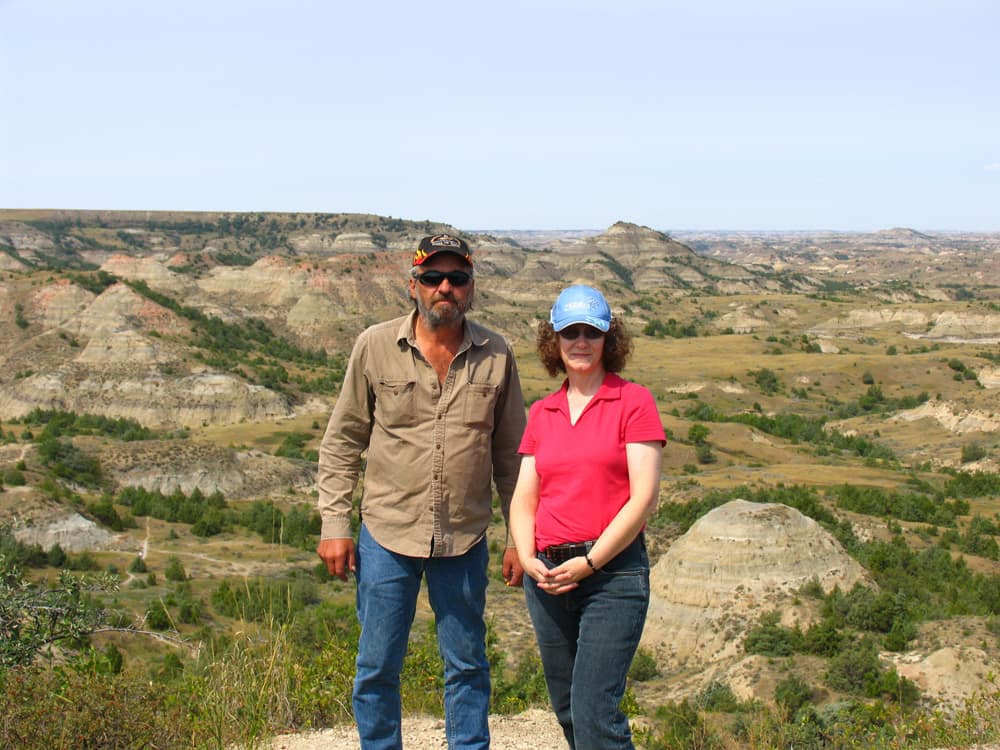 Theodore Roosevelt ranched in the Badlands of North Dakota, describing the country in vivid detail in his 1885 book, Hunting Trips of a Ranchman.

Roosevelt had arrived in the badlands to hunt a buffalo, but the young New York dude soon found himself drawn to North Dakota, where he took on the challenge of one of the West’s last frontiers.

He said: “This broken country extends back from the river for many miles, and has been called always, by Indians, French voyageurs, and American trappers alike, the ‘Bad Lands,’ partly from its dreary and forbidding aspect and partly from the difficulty experienced in travelling through it.”

Today it’s easy to travel the bad lands and walk through Roosevelt National Park, the Medora area that Roosevelt loved. 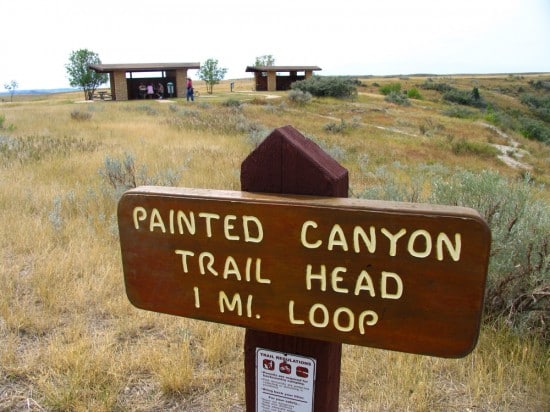 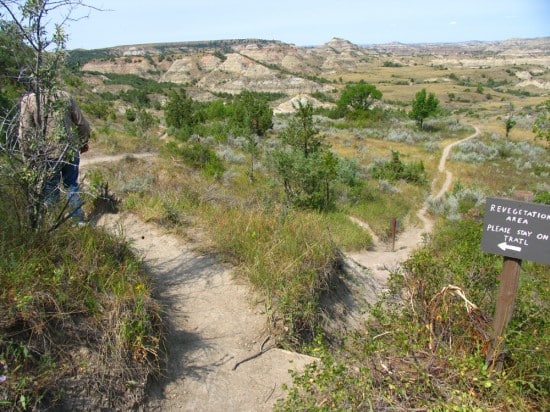 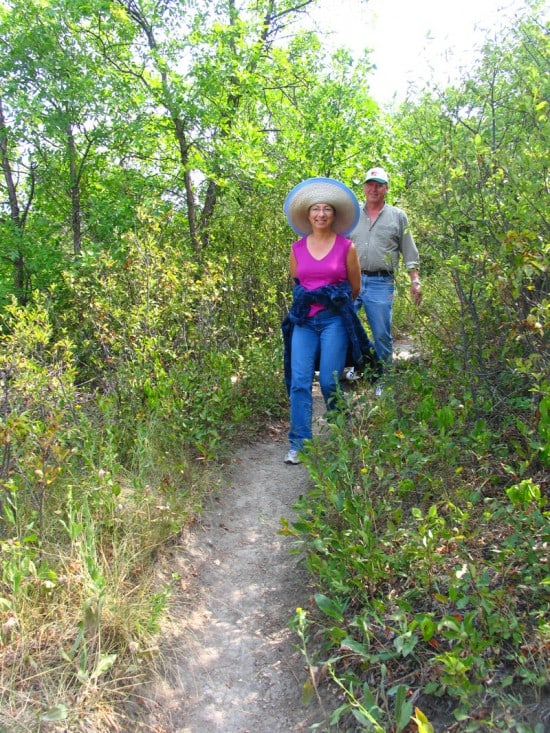 Friends hiking the trail down into Painted Canyon. 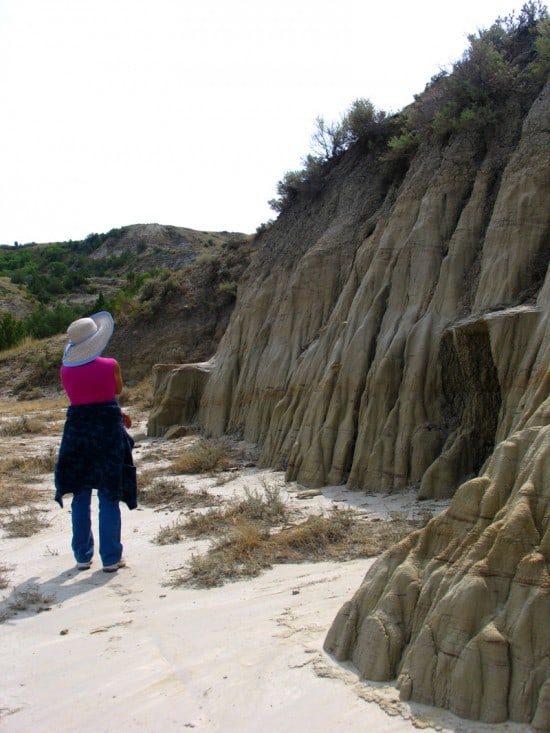 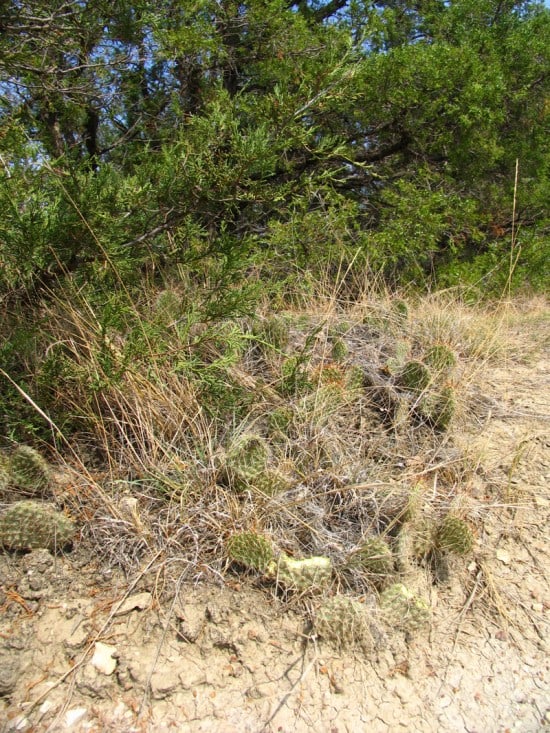 Let me recommend this list of the Top 50 Long Distance Hiking Trails In The USA on Boot Bomb!