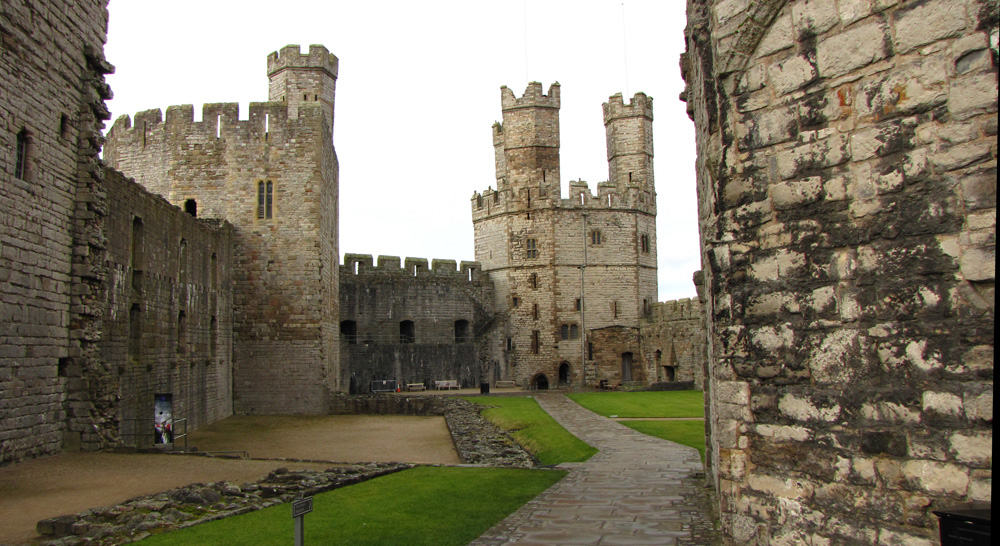 Caernarfon Castle, a giant fortress built by King Edward I to guard the former principality of Gwynedd, sits on the banks of the River Seiont, in north Wales.

But Caernarfon is at least the third castle to stand guard in this spot, since both the Normans and the Romans had also defended the island from this vantage point.

In those days castles were all about defense, while today, at least for me, they’re much more about the stories and lore of bygone centuries. That could explain why I’m really enjoying Outlander, the lastest historical series on t.v.

But anyway, back to my love affair with castles! 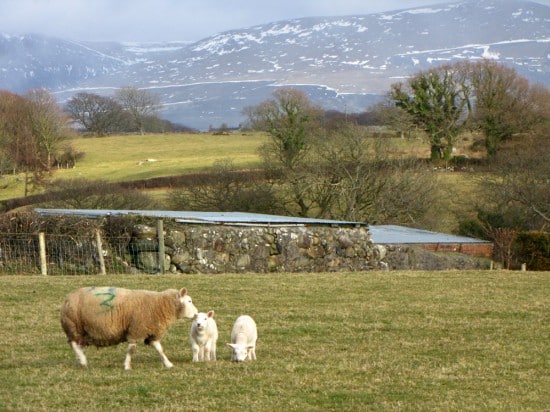 Sheep farm in Wales near Caernarfon.

Edward I built Caernarfon in the 13th century A.D. Perhaps Edward loved castles as much as I do, although it’s more likely he just wanted to make darn sure he protected the Kingdom he’d just snatched from Llywelyn ap Gruffud, the last prince of Wales, when he killed him in 1282.

To show how serious he was, Edward built 10 castles in the 20 year space between 1283 and 1303 to create what’s sometimes called an iron ring around Wales. Today, they’re open to visit so we can see European military architecture at its finest. 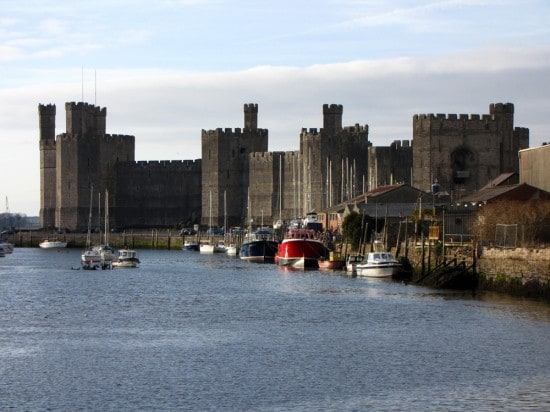 Caernarfon Castle from the sea.

We arrived late in the day, just in time to get a view of the castle as would-be invaders might have. And it sure looked intimidating from where I stood.

In fact, Caernarfon stands as Edward’s most impressive Welsh castle, from its dozen multi-angled towers to the community inside the castle walls. The majestic Eagle Tower consists of 10 sides and measures 10 meters across its base. When occupied it would have had three floors and numerous annexes! 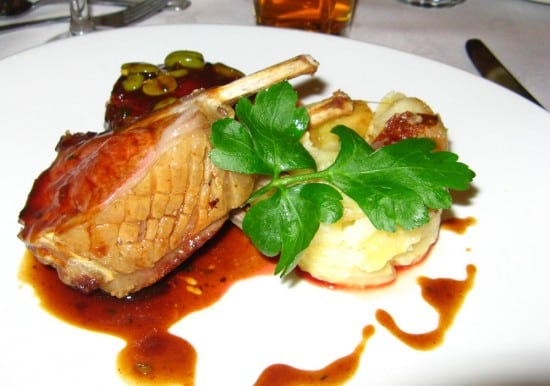 Lamb dinner at the Celtic Royal Hotel in Caernarfon.

Alas, dusk cut into our explorations, and I had to move on to check in at the Celtic Royal Hotel in Caernarfon.

The oldest parts of the hotel are 500 years newer than Caernarfon Castle, since they were built in 1794, but that’s still a lot of history to someone from the Canadian prairies. Built by the 2nd Earl of Uxbridge, a number of important visitors have enjoyed its hospitality, including Princess Victoria (five years before she became queen).

My room was spacious, with part of the atmosphere created by the bedroom’s very high ceiling. Red bedspreads and yellow walls created a welcoming atmosphere that spread through the hotel, right to the dining room, where I enjoyed a lamb dinner with prawns for an appetizer and cheesecake for dessert.

But back to Caernarfon and its story. 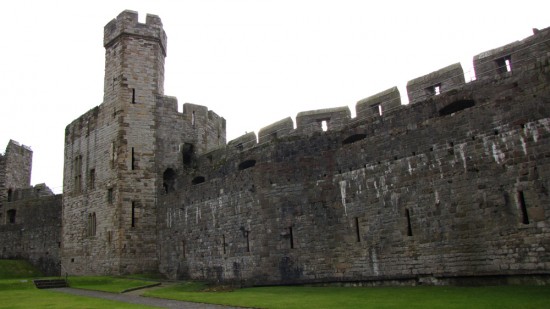 It seems that Edward I of England–also known as Edward Longshanks–was so determined to keep Wales that he took his pregnant wife to Caernarfon Castle, where she gave birth to a son. Edward revived the title, Prince of Wales, and handed it to the boy who eventually also became King Edward II of England.

So as fate would have it, Wales became a principality, however, its rulers were English not Welsh.

The title, Prince of Wales, is still the highest honor given to the eldest son and heir apparent to the British thrown. Prince Charles received this honor July 1, 1969 at Caernarfon Castle.

Today, Caernarfon, along with Conwy and the castles of Beaumaris and Harlech, forms a UNESCO World Heritage site.

If you can’t visit, take this virtual YouTube tour:

My thanks to Travel Media Association of Canada and Wales Tourism for providing me with this opportunity and support to visit Wales!