North Alabama is just a hop-skip-and-jump away from well-known  vacation destinations like Atlanta,  Nashville, Chattanooga, and more, but it offers a treasure-trove of unique out-of-the ordinary attractions and things to do that you won’t fine anywhere else. My last trip there started with a flight into Huntsville, Alabama, also nicknamed “the rocket city.” 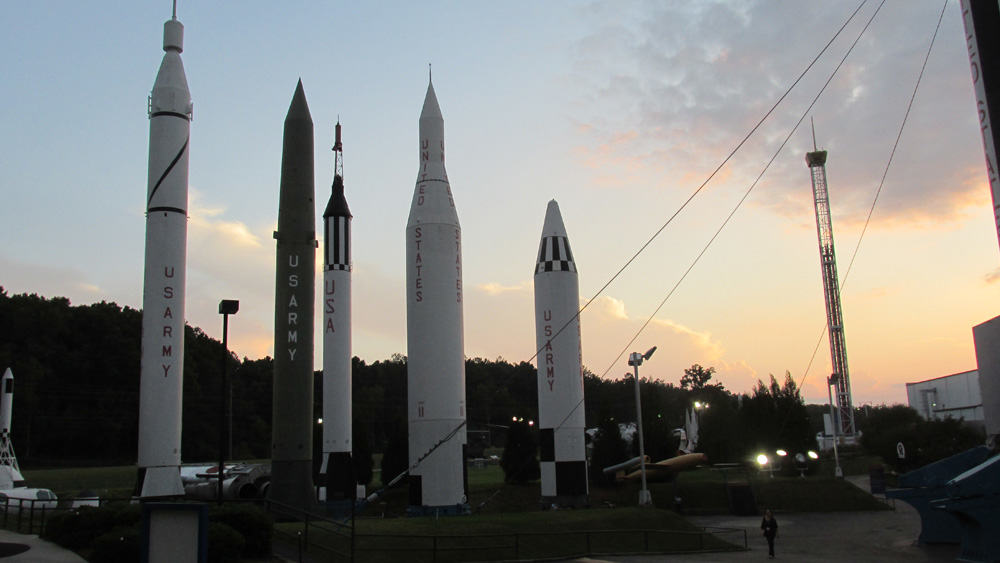 Huntsville is home to Earth’s largest space museum and actual NASA spacecraft, which is one of the key reasons I was drawn to this part of Alabama. Its space story started back in 1950 when the small town went by another name–Watercress Capital of the World. Add in Dr. Wernher von Braun along with his team of scientists, and instead of herbs, the small town was soon producing rocket  power.

Today, you can get an insider look at some of the technology that put the first U.S. satellite in orbit, designed and built parts of the International Space Station, and is creating the newest Space Launch System. From an original Saturn 5 rocket to the space simulation rides to Space Camp, a day at the U.S. Space & Rocket Center is nothing short of amazing.

DeSoto Falls cascade about 104 feet off of Lookout Mountain into one of the deepest gorges in the East. Formed from the Little River in the Little River Canyon Nature Preserve, the upper falls have easy access for all visitors, while the lower falls require a walk down concrete stairs. However, even at the top, you can experience the roar of the water and the superb view. 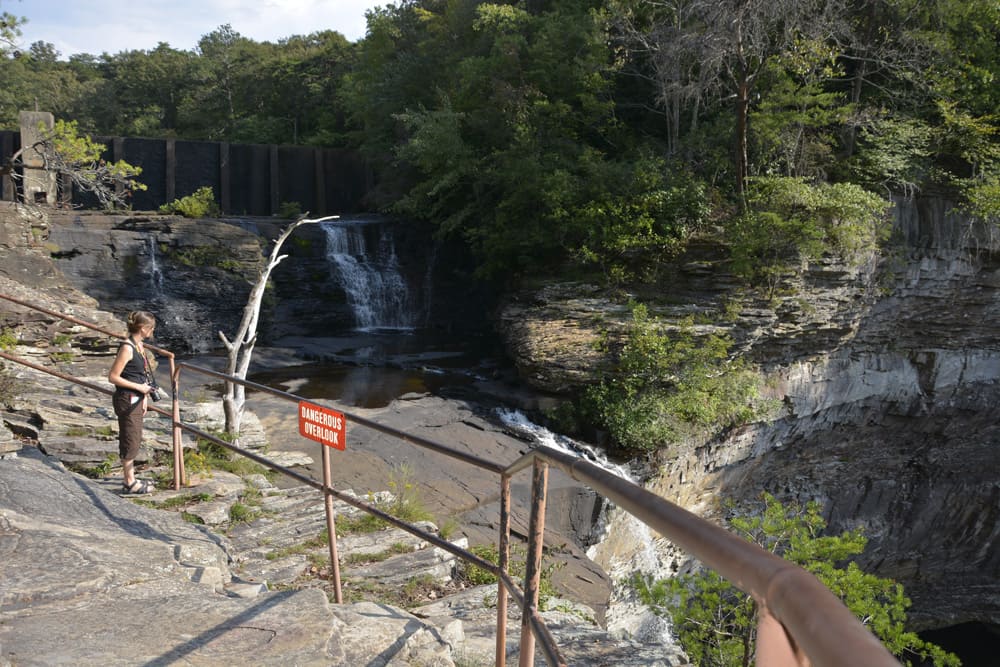 Often called “Little Jerusalem,” the world famous Ave Maria Grotto was created by Benedictine monk, Brother Joseph Zoettl (1878 – 1961). The four acre park is home to 125 cement-and-stone miniatures of famous buildings and scenes from around the world. While the Holy Land and Rome are two of the most famous replicas, there are also American landmarks, such as the Alamo and Spanish missions. 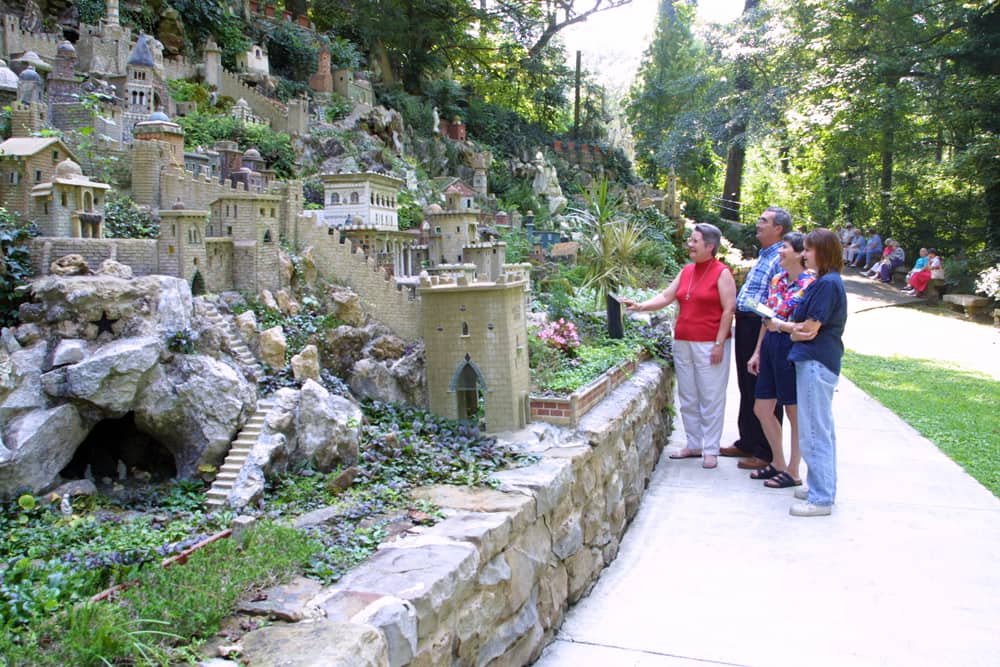 Ave Maria Grotto or “Little Jerusalem” on the grounds of Saint Bernard Abbey in Cullman, Alabama.

Walking through a cave is like being transported to another realm with a completely different landscape and ecosystem. While there are many different caves throughout the U.S., Cathedral Caverns has one of the widest and highest openings and its vast interior makes it accessible to visitors in wheelchairs. Inside you’ll see Goliath, one of the largest stalagmites in the world, measuring 45 feet tall and 243 feet in circumference, along with one of the world’s largest stalagmite forests and frozen waterfalls. 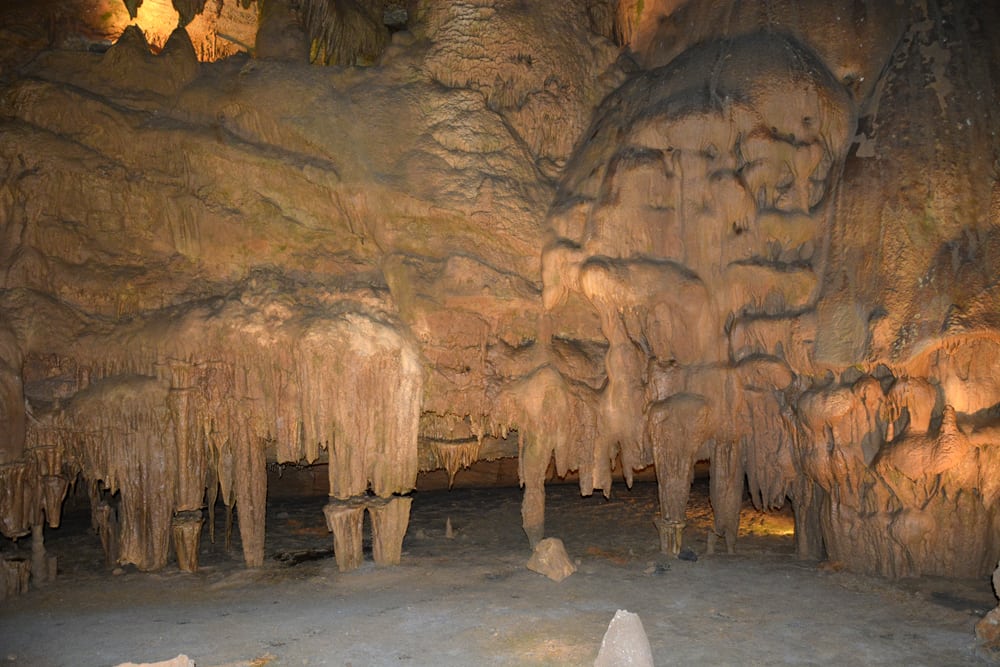 There’s only one lost luggage store in America and it’s in Scottsboro, Alabama. As its name implies, the Unclaimed Baggage Center is where everything you’ve ever left on an airplane, or lost through checked luggage, ends up. And if you’re wondering what people lose, well, everything from dirty socks to kayaks! Whether you’re just curious, or interested in a good deal, the Unclaimed Baggage Center is an interesting stop. 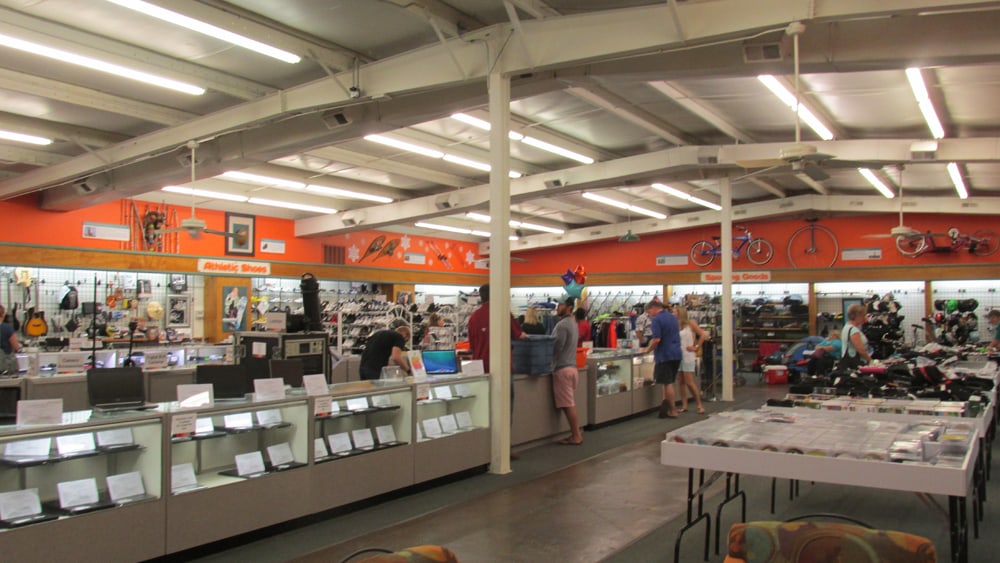 Plan Your to Visit North Alabama