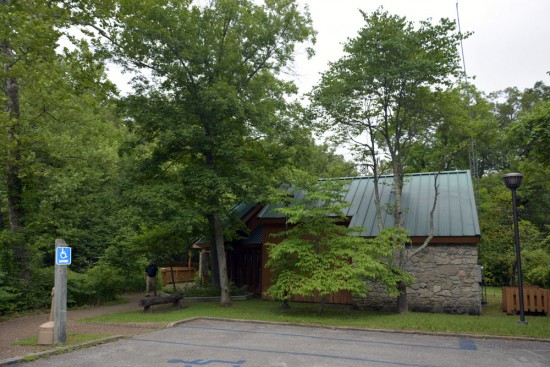 Imagine being 100 feet under the ground’s surface with nothing to light your way but a small lantern. Then, imagine the moment when all of the lanterns go out and you’re left standing in a real “black hole” in one of Earth’s most mysterious places: Ozark Caverns at Lake of the Ozarks State Park.

I imagine this is what it’s really like in space, a dark so intense you can feel it. And even though the tour I was on had half a dozen children, there wasn’t a single sound — I couldn’t even hear anyone breathing — although maybe we were all holding our breath, waiting for the moment our guide turned on his lantern and gave us permission to do the same.

I must admit I like caves. What history lover wouldn’t? What I didn’t know was that Missouri is also known as the “cave state,” since according to the Missouri Caves & Karst Conservancy it has 6950 documented caves!

And how does that connect to history? Well, from outlaws to moonshiners making their brew out of sight of the state agents, each cave has its own story to tell of the people and times. But sometimes it’s even more amazing to consider the geological history of caves.

Missouri’s caves are old … as old as 400 million years! However, Missouri’s limestone caves aren’t relics of bygone eras, but are living caves, still changing as a result of minerals being deposited by dripping water.

The most distinctive feature of Ozark Caverns is its Angel Showers formation, one of just fourteen in the world. It wasn’t hard to figure out where the name came from when I saw it, since the “head” of the shower looked exactly like my large rain shower head at home, but here water streamed from what seemed to be holes in rock!

And, as if that wasn’t enough, there was a carved out rock basin right below the Angel Shower formation to catch the water. How cool is that?

Since photos weren’t allowed in the cave (I’m coming to that with the section on bats below), you can walk through the cave and see the formation yourself with this video.

Naturalist, Cindy Hall, leads us through Ozark Caverns, showing and explaining the unique formations of this cave in this video produced by the State of Missouri.

I highly recommend visiting the Ozark Caverns, but will point out that some of the access points on the path were very narrow, as you could see in the video. My head didn’t hit the top of the cave, but others did have to duck at several points. If you have claustrophobia, you may find a larger cave a better holiday experience.

I always thought bats just hung out in caves because they were dark places to spend the daylight hours. Our guide, though, explained how important these night hunters are to a cave’s ecosystem. 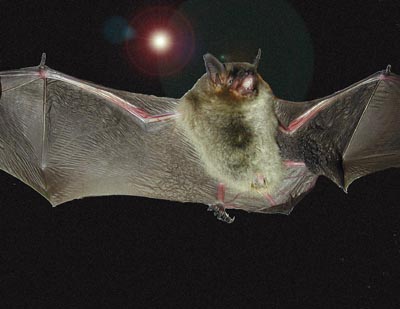 Ozark Caverns is home to four species of salamanders, four species of bats, and 16 species of invertebrates, of which four never venture into the big world beyond — our world. A number of these creatures are small and secretive like the blind grotto salamander, that make it a point to avoid lantern-carrying visitors.

Many cave dwellers rely on bat poop — or guano — for their daily food. Yuck? Well, maybe, but bats, as this article from Missouri State Parks explains, are the base of the food pyramid inside a cave. https://mostateparks.com/page/55121/food-chains-and-pyramids

Missouri’s bats are being affected by a disease called white-nose syndrome, which has greatly reduced the bat population in the caves. And since bats are fundamental to the cave ecosystem, white-nose syndrome could have tragic results. We did see a small gray bat on our 1/4 mile walk into Ozark Cavern cave, but our guide says the population has been reduced.

The disease doesn’t affect humans, but we can carry the fungus from cave to cave on our clothes and gear. So, before we could join the cave tour, we had to lock our purses in cars and put all cell phones, keys, and other objects we wanted to keep with us, into sealed zip-lock bags and pocket them. The last stop on the trail before entering the cave was a rough surface to brush the soles of our shoes on to dislodge anything we could be taking into or away from the cave.

If you want to experience the cave ecosystem, though, this summer is a great time to cross it off your bucket list.

The Geologic Column of Missouri – PDF from the Missouri Department of Natural Resources – http://dnr.mo.gov/geology/docs/gcwinter8.pdf