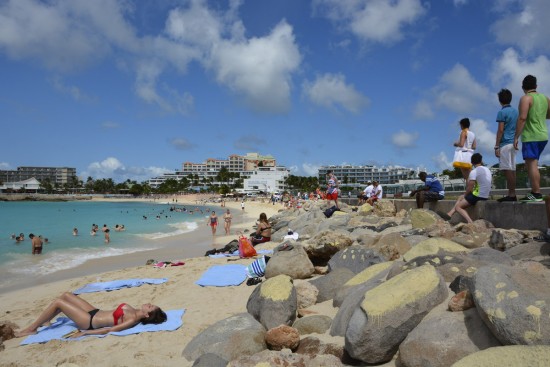 Maho Beach on the Caribbean Sea on St. Maarten Island.

The aquamarine colors of the Caribbean Sea inspire the same trust and peace as the gemstone it gets its name from. The gem, fabled to have been blessed by the god of the sea and found in a mermaid’s treasure chest, has appeared in stories throughout written history.

Damigeron in the second century, BC, touted the gem’s healing powers when put into water and given in a drink. Pliny, on the other hand, recommended sufferers wash in water containing aquamarine crystals. So, it’s no wonder sun lovers today seek out the beaches of the Caribbean Sea for relaxation and renewal.

But for visitors to Maho Beach on the Dutch side of St. Maarten, there’s anything but relaxation!

Because there’s a lot more to hear around you on Maho Beach than the lapping of the waves washing over the white sand and the excited shouts of children building sand castles. Instead, jet planes we normally expect to see high overhead, roar in for a runway landing mere yards from the water’s edge!

When I signed up for my Royal Caribbean cruise on board the megaship, Oasis of the Seas, I really didn’t care what ports of call we hit. After all, I’d never been in the Caribbean, so it was all new to me. Thus, I didn’t do my homework.

So, when I selected the 4×4 Beach Escape Tour on St. Maarten, I had no idea what to expect other than a jeep tour of the island and some excellent photo opps. Imagine my surprise when the three other more well-informed writers in my jeep grabbed cameras to catch the first airplane flying what seemed to be mere feet over the jeep’s open roof. 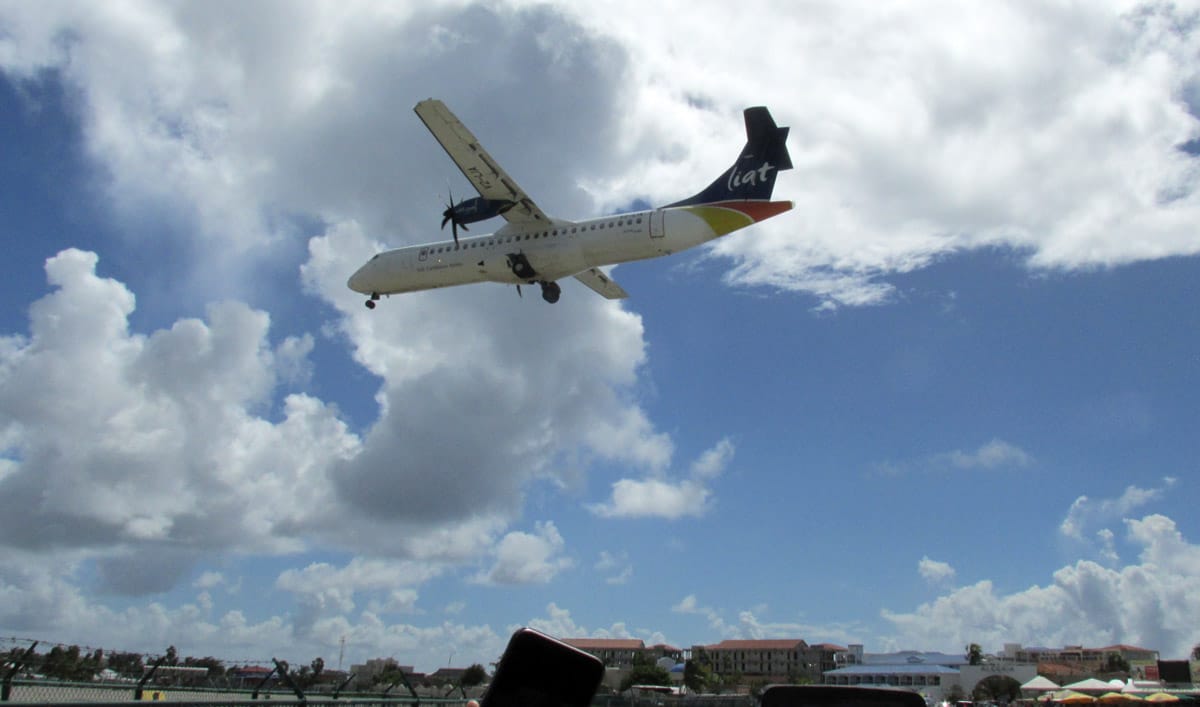 Luckily, I had my camera in hand taking the shots I’d expected to find.

The beach, as you may have guessed, is situated next to the Princess Juliana Airport runway. Opened in 1943, the airport was named after Dutch Princess, Juliana, who visited the year after it opened. The airport, which was first developed by the military, has gone through several phases of development including a move. Now, it has a capacity of over 2.5 million passengers annually and is one of the world’s most popular destinations for plane spotters.

Runway 10, with its approach over the waters of the Caribbean and departure with a turn to avoid the mountains, can be thrilling for pilots and spectators alike. Its length is 7546 ft (2300 meters) and wi