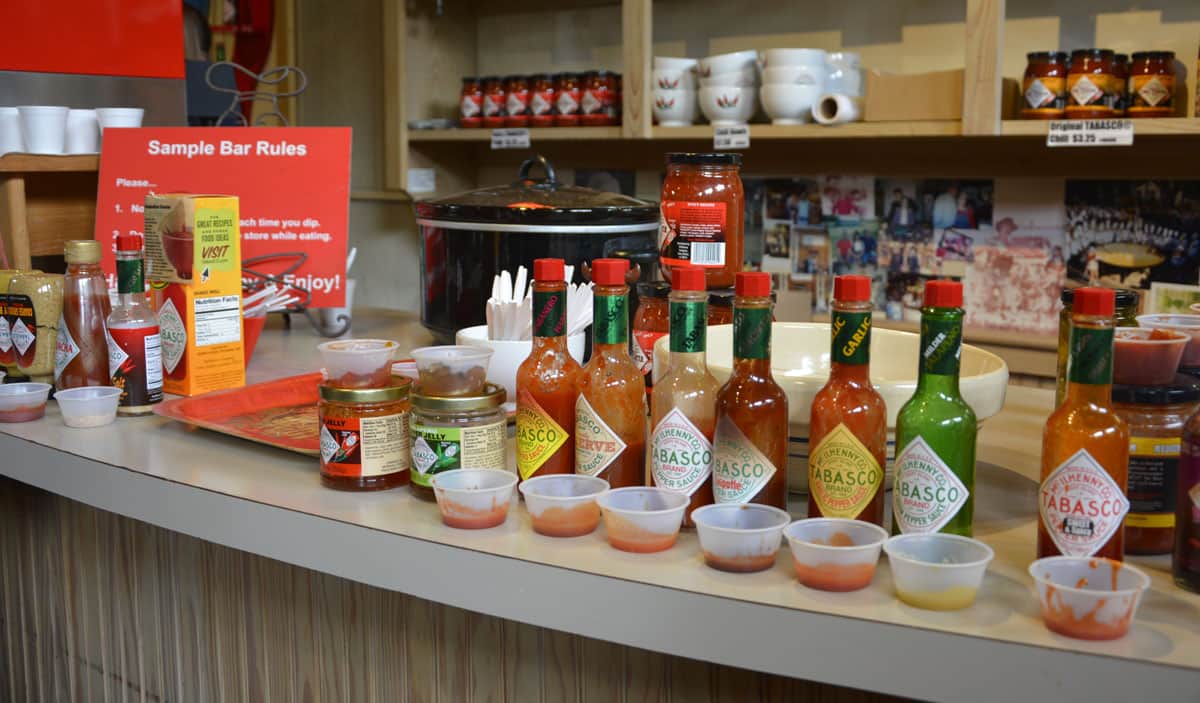 Tabasco products on display in the Tabasco Country Store on Avery Island.

Tabasco™ sauce is a staple in many homes–even Buckingham Palace, home of Queen Elizabeth the II! Tradespeople, like McIlhenny Company, that have the privilege of supplying the Royal family are granted a Royal warrant of appointment to prove it.

You’ll always find some Tabasco in my house, too. After all, what’s a Caesar cocktail without a few drops of it to liven up the Worcestershire sauce,  clamato juice and vodka?

Caesar cocktails, unofficially considered Canada’s National drink, are uniquely Canadian. Also called Bloody Caesars, they were invented in Calgary, Alberta, in 1969, by Walter Chell, who was an employee of Westin Hotel chain at the time.

Since I like to see where food comes from, I added a visit to Avery Island and the Pepper Sauce Factory on a recent trip to Louisiana exploring Cajun country.

Over 140 years ago, Edmund McIlhenny planted Capsicum frutescens pepper seeds, which had came from Mexico or Central America, on this salt dome island surrounded by swamps, bayous and marsh. It was the only location Tabasco’s peppers were grown until 1965, when demand for the pepper sauce outgrew the farm.

Now, all of the pepper seeds are still grown on Avery Island, but some of the annual crop is produced in Latin America. 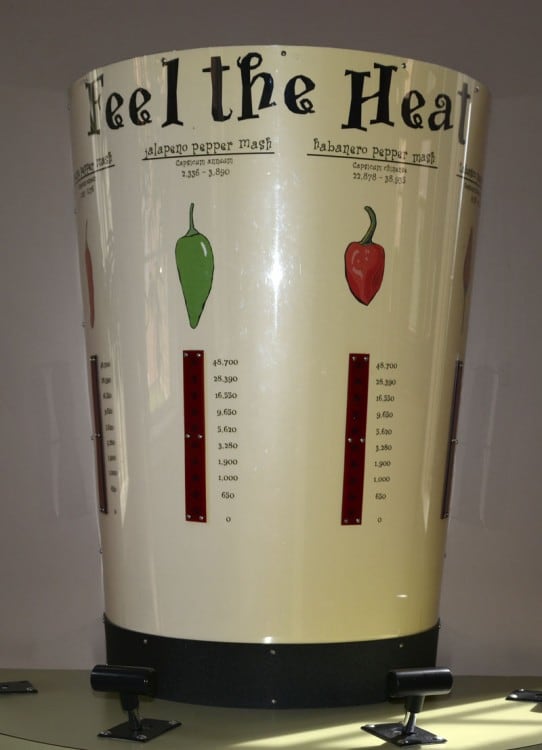 But back to the island, just one of five that are the remains of a salt plain formed by an ancient saltwater ocean. Early settlers noticed the local springs here were salty, and boiled the water down to recover the salt. Then, the first discovery of rock salt in North America was here, on Avery Island, back in 1862, by John Marsh Avery.

Salt has always been a popular commodity, and between 1867 to 1869, a mine was established to harvest the 58 feet of solid salt dome. Various operations mined the salt on Avery Island over the next century and a half–today Cargill Salt, the world’s largest rock salt producer, runs the operation here.

And salt is important to the production of Tabasco sauce. 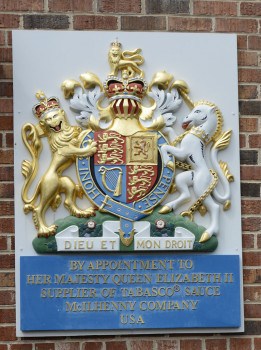 Edmund McIlhenny produced the first Tabasco sauce in 1868 here on the homestead farm of the Avery/McIlhenny family, bottling it in recycled perfume bottles. The business grew and grew, until today’s ultra-modern plant where Tabasco sauce is produced, bottled, and labeled in 22 languages and dialects, then enjoyed in over 180 countries and territories around the world.

Chantelle, my guide on the tour of the Visitor Center and Pepper Sauce Factory, started by showing us “la petite baton rouge,” or red stick, that’s used to color match the peppers to be sure they’re at the perfect stage for the sauce. Peppers start out as green and gradually change to yellow and orange, then finally to red when they’re ripe, so the color match ensures consistency in every batch of Tabasco.

Once the peppers are perfect, they’re hand picked by laborers, then mashed with salt that very same day. The pepper mash is stored in Jim Bean salt covered barrels (to protect the contents from anything entering through the vents) for three years, then mixed with the final ingredients and stored for another four weeks.

After that, it’s bottling and on to stores around the world. Just in case, you don’t get a chance to visit, here’s a video from the Discovery Channel.

More to Do On Avery Island at the Tabasco Factory

Make sure you arrive at your tour feeling hungry, because Restaurant 1868 has an interesting menu that revolves around the Tabasco products. I enjoyed the Pepper Jelly Boudin, served with Spicy Pepper Jelly–a Cajun favorite you’ll remember! Then, amazingly enough, Raspberry Chipotle Ice Cream came in second. I found the raspberries made a nice contrast to the peppery flavor of the Tabasco. Click here for the full menu and here for a foodie article from Bustle.

The Jungle Gardens began in the 1890s when “Mr. Ned” McIlhenny founded an egret bird colony to ensure some of these beautiful birds survived the hunters, who were selling the feathers for fashionable women’s hats.

Today, Bird City, as the colony is known, and the Jungle Gardens spread over 170 acres. The semitropical gardens are home to one of the oldest bamboo groves in North America, started in the early 1900s; a massive 300 year old Cleveland Oak; cypress trees and Spanish moss; azaleas and camellias, just to name a few.

You can either drive or walk the three miles of trails through the Jungle Gardens, so you can see a lot in half an hour if time’s a factor, or spend the day discovering everything in the Jungle.