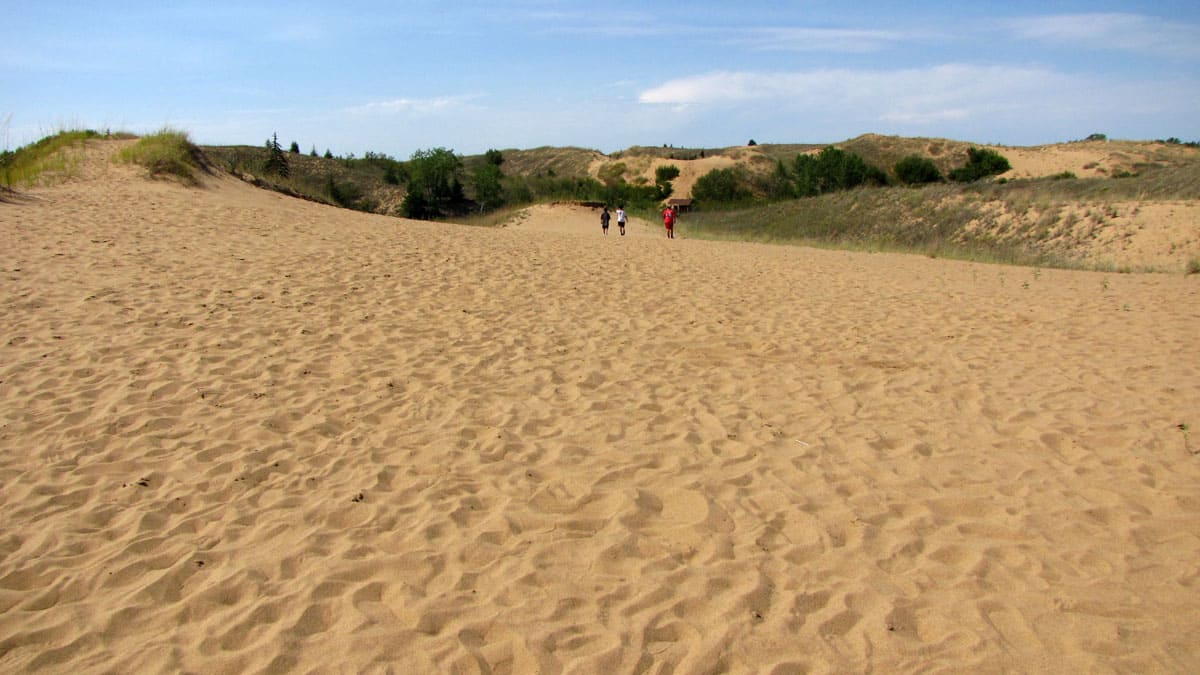 About 15 square miles of active sand dunes, or Bald Head Hills, form part of the mosaic that makes up the Carberry Sandhills in Southern Manitoba, just 18 miles south of the Trans-Canada Highway, a few miles East of Brandon. More than a century ago, farmers tried to grow crops–but that, of course, failed. So, in 1895 the land reverted to the Crown.

The Carberry Sandhills have also been called the Carberry Desert. This type of landscape is rare in Canada–thus it gained importance during World War I and World War II. Can you guess why? (Click on the tabs or arrows on your mobile device, above, to learn more.)

After the influx of settlers in the 1880s slowed, and the landform was deemed unsuitable for agriculture, it was established by the Federal Government as the Spruce Woods Forest Reserve. In 1910, the first military camp was set up in the area. The variety of terrain, from the native jack pine through to the desert-like conditions of the dunes, made it ideal for use by the military to train for conditions overseas. By 1915, as many as 30,000 troops were in the area at one time for training.

The area continued to be important for training militia units after World War I. Camp Shilo, the first permanent military quarters, was established in 1932. in 1942, during World War II, Camp Shilo became a year-round facility. It was used for intensive artillery and tank training, as well as some aerial bombing.

In the mid-70s a N.A.T.O. agreement established it as a training site for as many as 5,600 Germans per year for a ten year period.

Spruce Woods Provincial Park contains 90 square miles of land set aside from the Spruce Woods Forest Reserve. Opened in 1970, the park provides public access to an amazing mix of spruce parkland, upland deciduous forest, mixed-grass prairie, open and stabilized sand dunes and river bottom forest. From trails and campgrounds, to swimming and hiking the dunes, to paddling the Assiniboine and Souris Rivers, the Spruce Woods Provincial Park offers an amazing array of experiences.

Spirit Sands, in the park, is the only remaining unvegetated area of the Assiniboine Delta left after the ice retreated some 12,000 years ago.

My visit to the park included a ride out to the dunes with horse and wagon (motorized vehicles aren’t allowed access) with Spirit Sands Outfitters – See their Facebook page. Visitors can also hike the distance, however, be sure to carry water with you as it can get pretty hot! As well as the dunes, there’s also a sinkhole known as the Devil’s Punch Bowl. A full 45 meters deep, the water glimmers in a blue-green pool below the boardwalk. 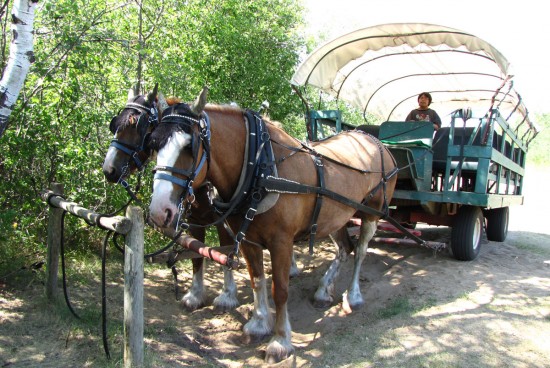 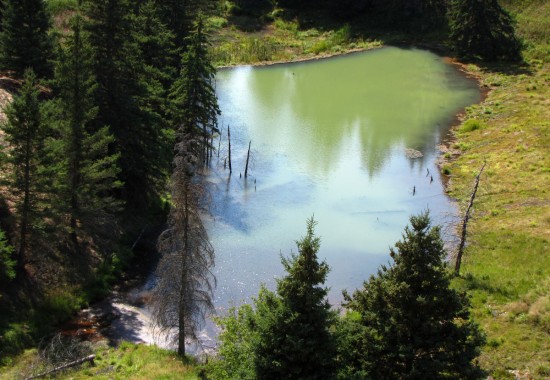 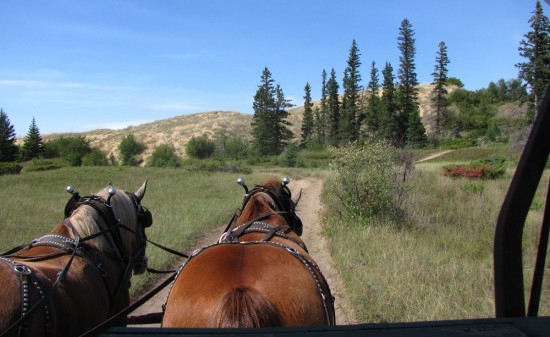 Approaching the sand dunes with the team of horses. 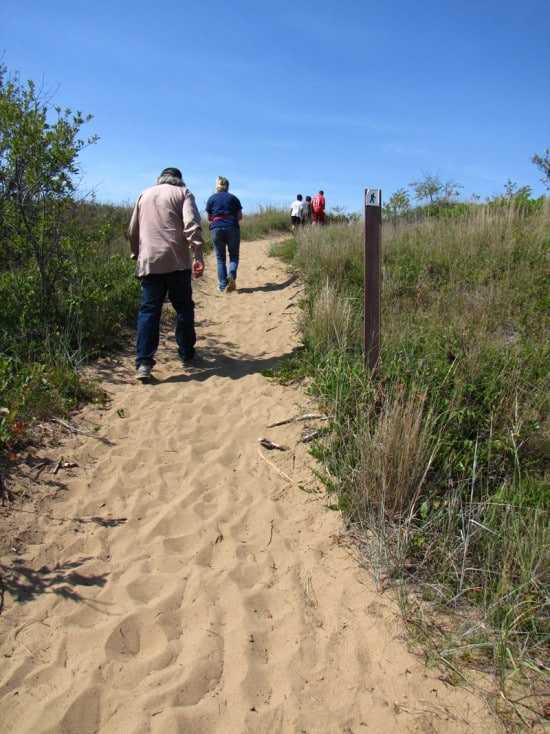 Linking up with Albom Adventures this week for #WkendTravelInspiration