Life in Canada in 1882 was more often one of hardship, than not. However, for a select group of English immigrants, Cannington Manor promised–and delivered over the next decade and a half–the life of an English Squire in Saskatchewan. From glee club and Town Hall theatre, to soccer and foxhunting, this Victorian era community brought their lifestyle with them from England. 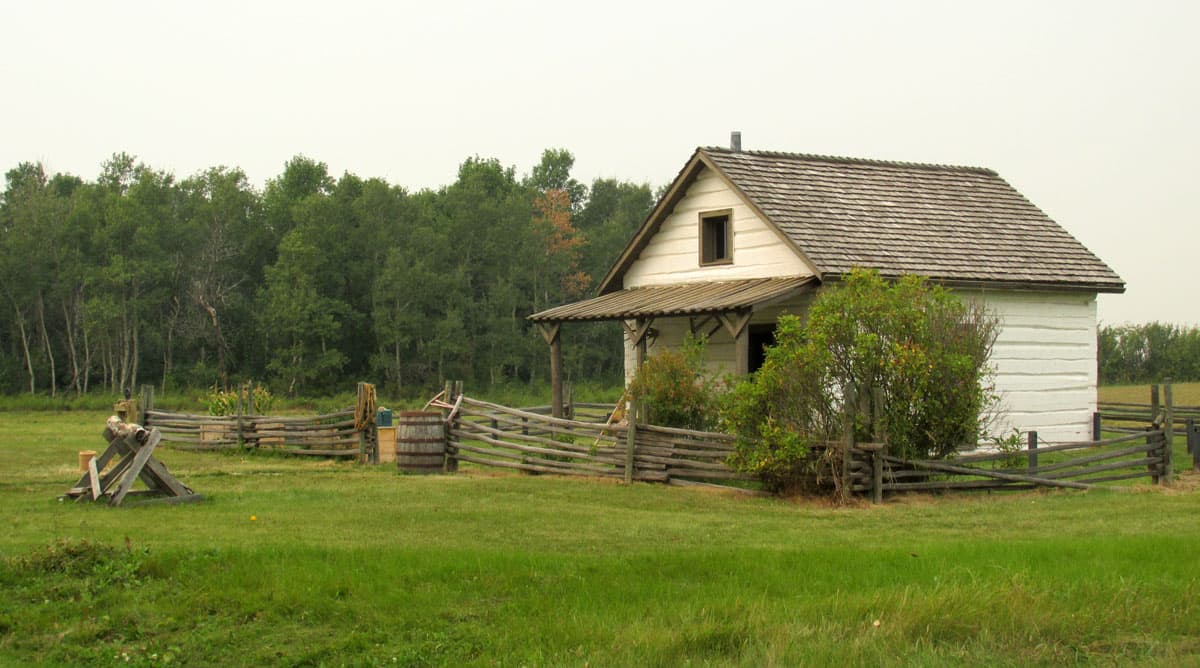 We visited Cannington Manor at the end of August, last summer. It had long been on my list of must-visit sites in Saskatchewan, especially as my own ancestors were English and lived nearby (not during Cannington Manor’s era though). The site is now a Provincial Park, staffed with interpreters through the summer season. In fact, our visit was the last weekend of work for staff.

On May 26, 2016, Cannington Manor celebrated its thirtieth anniversary of its formal recognition as a Canadian Historic Place.

It always takes a vision to start a community like Cannington Manor, and that vision belonged to Capt. Edward Pierce, a wine maker who decided to put his money into investments, instead of banks, after losing most of his fortune in a bank failure in England. He arrived in Canada with his family in 1882 and began to build his dream.

Sons of well-to-do Englishmen, hoping to maintain their aristocratic lifestyle in Canada, came to attend the agricultural college Pierce set up. Here, they hoped to build what has been called a country house utopia, preserving the lifestyle quickly disappearing back home due to industrialization. 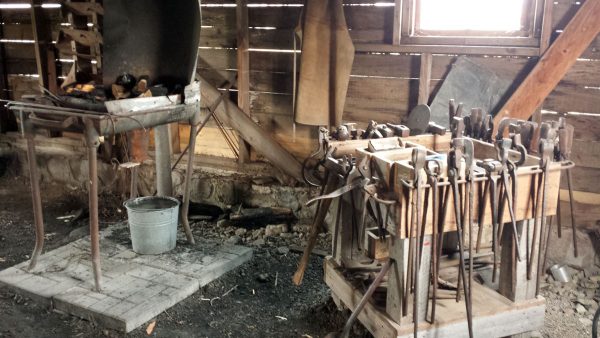 Hume Robertson was the local blacksmith and built his small shop in 1887.

Three groups of people came to Cannington: tradespeople and homesteaders, upper-class families, and young bachelors who only needed a few hundred pounds sent from parents back home to have a fine lifestyle.

It was these young college men (nicknamed “pups”) who established the society of the community, building a 26-room house that had a ballroom, billiard room and servants’ quarters. Even their horses were pampered with a mahogany-lined stable and a brass nameplate above each stall.

Prohibition, in what is the modern-day prairie provinces, lasted from 1875 until it was repealed in 1892. The Manor, however, was always well known for its whiskey camps. Saskatchewan also experienced another decade of prohibition with restrictions on alcohol sales from 1915 to 1925.

Cannington Manor grew quickly. Soon, it had a flour mill, dairy, and trading company store for daily needs;  a school for the children; a town hall, Land Titles Office, carpenter shop, and even a hotel to meet the needs of its 200 residents. 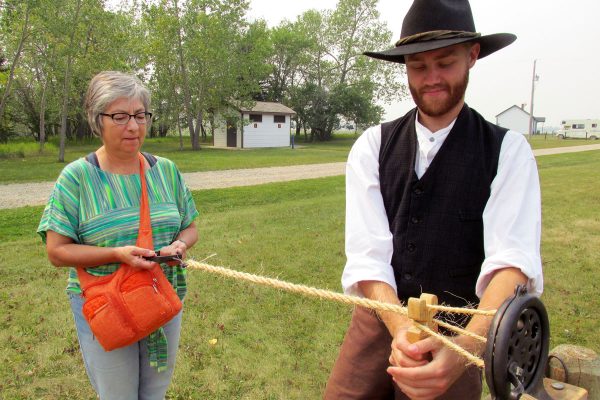 A costumed interpreter demonstrates how to make rope.

However, Pierce’s sudden death in 1888 left the community without a leader. Other key members also died or moved on, upsetting the fragile balance required to keep a community thriving. In 1901 the CPR delivered the final blow, when it decided not to build its rail line through Cannington Manor, but to locate it six miles south.

Today, a visit to the Manor provides a different view of pioneering in Saskatchewan, with comfortable homes and stylish furnishings, that’s a far cry from sod homes and single furrow ploughs.

Although the Village site is the only part of the original area that has been restored, I also enjoyed a visit to the Humphrys-Hewlett house site, about two miles away. The house, much to my sorrow, was boarded up, so I couldn’t go inside. It features full interpretive signs, though, so you can imagine what it would have been like to live in it.

The Humphrys-Hewlett or “Shiny” House. What made it shiny? The reflection of the sun off of the tin roof.

Cannington Manor can be visited alone or as part of a driving tour in Southeast Saskatchewan. Download the brochure here.

The park was recognized as a Canadian historical site on May 26, 1986.

Click here for the Saskatchewan Parks webpage for Cannington Manor with information on its season and hours.