There’s something about the comforting sway of a bunkbed, whether it’s on a train on land, or a boat at sea, that makes it easy to sleep. At least for me, anyway! But get up I did, for  the third day of my Amtrak trip–riding the Coast Starlight Train down the California Coast.

I missed a lot of things in the dark, mostly leaving Oregon and reaching California. By the time I’d finished pancakes and sausage patties on Monday, it was 9 a.m. I was already in Oakland and it was 55 degrees outside. 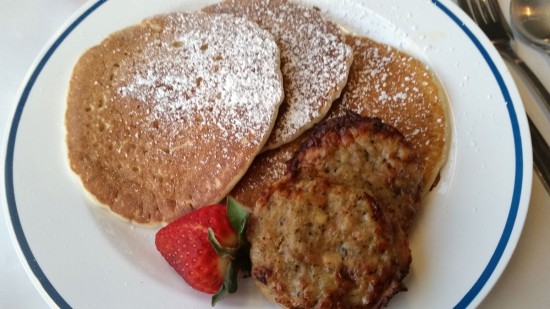 My breakfast companion had been fascinating, a lady who worked for the CDC or Centre for Disease Control. Along with another lady at our table, a retiree headed to visit her grandson, I couldn’t get enough of her stories about jumping out of helicopters in her hazmat suit.

To make things even more coincidental, she was also an author interested in e-publishing a YA trilogy that had been with a large traditional publishing house for a number of years, but was on the back burner as they focused on two best selling series they had out. We agreed to connect again by email once our adventures were done.

Liliana, our car steward, had turned my bunk back into seats by the time I returned, so it was time to kick back and watch California roll by. Newark by 9:45, San Jose at 10:15, and they announced we could step out for some fresh air. It was a sweater day at 14 degrees–but not cold enough for mittens from my Canadian perspective, although a few people were wearing them! 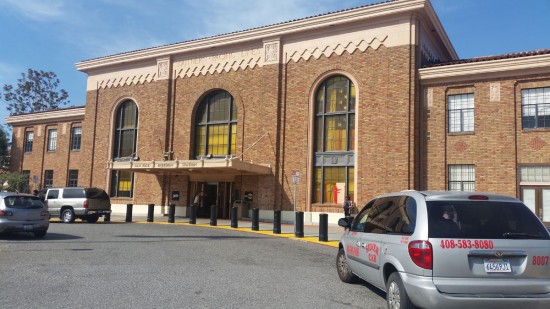 Once again, the station was a beautifully preserved historic building. It had been built 80 years earlier, in 1935, and named Cahill Depot. It had received its current name, San Jose Diridon Station, in 1994, when it was restored.

Outside, it was spring in California. Fields were black, irrigation pumps were running, miniature tractors and farm equipment, along with groups of workers seemed to be in every field. What surprised me most was that the smaller scaled equipment seemed to need a lot more workers to get the job done. 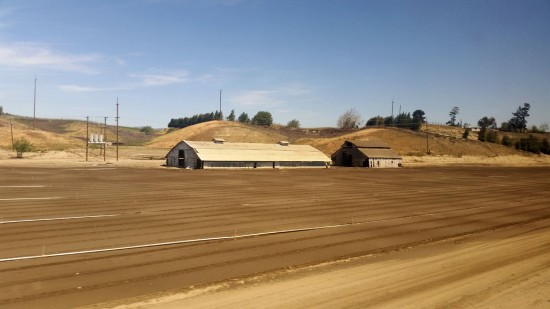 It seemed the day had hardly begun when it was lunch time. Luckily, the dining room staff let me order a bowl of macaroni and cheese from the children’s menu—while the Grade 4 student on a spring break holiday with his grandfather had no trouble munching down the burger from the adult menu. At least it worked out.

Just before San Luis Obispo, at 3 p.m., we came to a beautiful valley—but instead of being on the bottom, the train stayed on the top, popping in and out of tunnels. We had a spectacular view of the highway, a small grey ribbon, far below us. 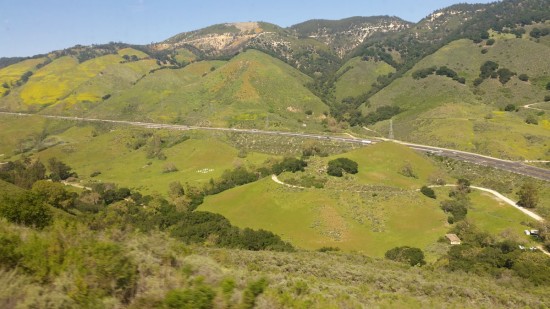 The afternoon disappeared with the changing landscape.

From the green of trees, to the desert-like landscape that followed, the train carried us further down the California coastline. Miles and miles along the railway siding was decorated with what seemed to be pink roses hugging the golden sand. 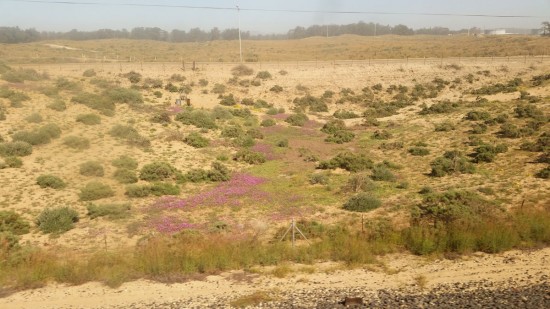 The fences changed too, from barbed wire to wooden boards, then back again to barbed wire and creosote ties.

Sandstone, carved by water and wind, created long galleries of carvings that could have been gargoyles on castle walls. 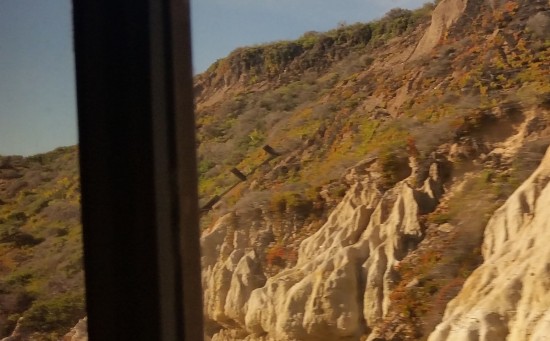 Dinner was early, so I’d be done by the train’s arrival in Oxnard. I selected one of the specials served in my favorite car–the Parlor Car–rather than the dining car. The leg of lamb was tender and tasty, with a nice portion of colorful vegetables. Just what I wanted! 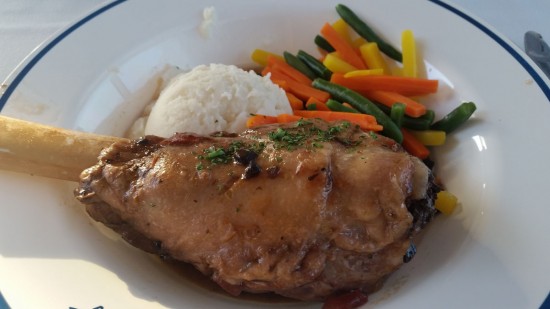 My dinner companion turned out to be another writer headed to the NATJA Conference, so even though the ocean was still rolling by, our conversation focused on writing rather than the beauty beyond the window.

Soon, the call came for Oxnard Station. I was off and on to my next adventure!