Cultures around the world have centuries-old stories of vampires–nasty, blood-sucking creatures that live forever. In fact, you could say we’ve been fascinated with vampires forever, or about as long as one could live. And movie makers know that what fascinates us makes money for them!

While there are thousands of vampire movies filmed around the world, Louisiana’s Bayou country has been home to some of the best ones. In fact, the vampire movie ranked as the second most popular from 1979 to 2014, was filmed at Oak Alley Plantation, near New Orleans. 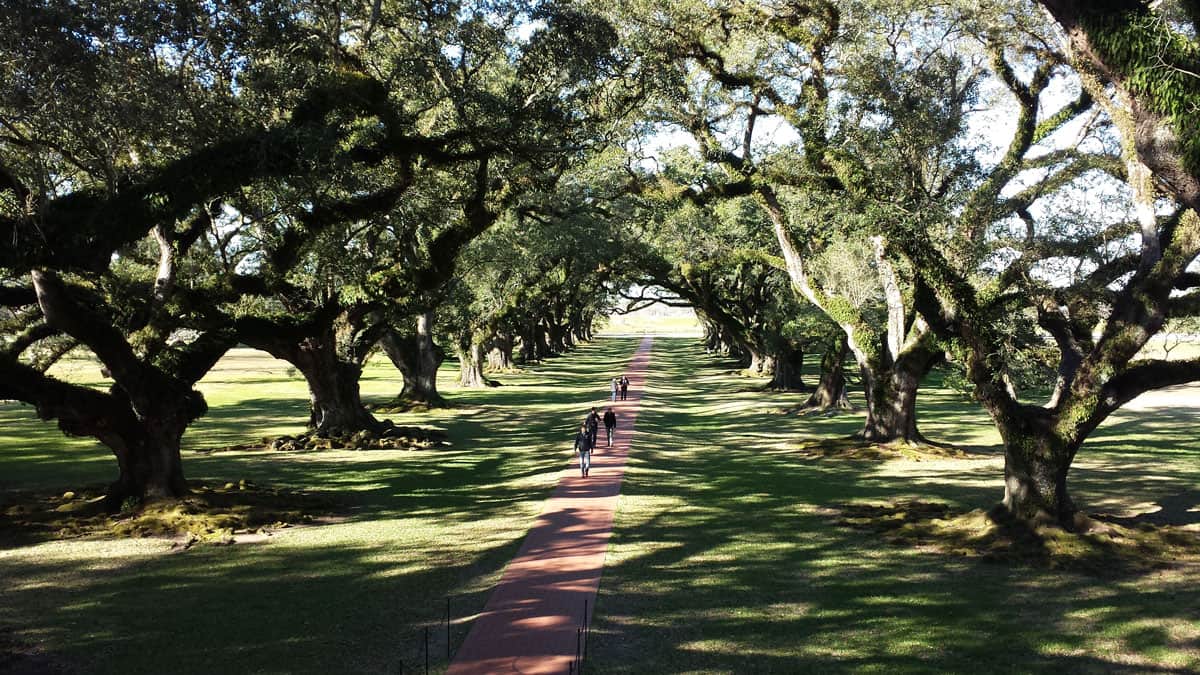 What 1994 vampire movie, starring Brad Pitt, Tom Cruise, and Christian Slater, was filmed at Oak Alley Plantation? Click on the tabs above to find out more!

Interview with the Vampire: The Vampire Chronicles, was filmed at Oak Alley Plantation. The movie was based on the novel by Anne Rice–and she also did the movie script. It was a horror movie narrating the life story of a vampire, portraying his life as one of love, betrayal, loneliness, and hunger.

The movie was nominated for 21 awards, and won 18 of them including:

In the story, Brad Pitt plays a plantation owner who loses his wife and child in childbirth, and falls into a depression. Lestat, a vampire played by Tom Cruise, offers him the chance to become a vampire, which he accepts.

The film’s budget was estimated at 60 million. Its opening weekend in November, 1994, grossed over 36 million in the United States. The worldwide gross is given as over 223 million by IMDb.

Oak Alley Plantation is sometimes called the Grand Dame of River Road–the 70 mile corridor that runs from New Orleans to Baton Rouge along both sides of the Mississippi River.

It’s an historical–even magical–place, where you half expect to see Southern belles strolling through the gardens with their gentlemen callers. And maybe hear a steamboat whistle as it makes its way down the river, past the fields of sugar cane.

The long tree-lined lane that gives Oak Alley Plantation its name was planted between 1725 and 1770. Today, those trees have all the grace and beauty of the women who’ve walked beneath them. 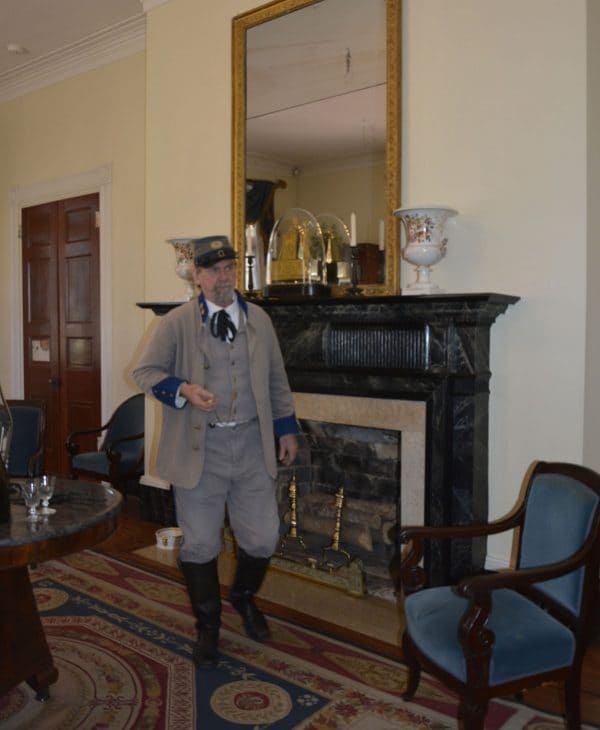 My tour of Oak Alley began with Thomas, a tour guide dressed in a Civil War soldier’s uniform. He escorted us through the house, providing lots of details about its history as well as answering questions.

Oak Alley had been a Creole plantation with 1200 acres of land. While not as ostentatious as many Antebellum plantation houses belonging to moneyed gentlemen, the furnishings still represented a more-than-comfortable lifestyle.

In the Creole plantation home, the social season lasted through the winter from 12th Night when the celebrations became social rather than religious, through Mardi Gras.

To learn more about the families that have lived at Oak Alley Plantation and restored it to its current beauty, see the website at: http://www.oakalleyplantation.com/ 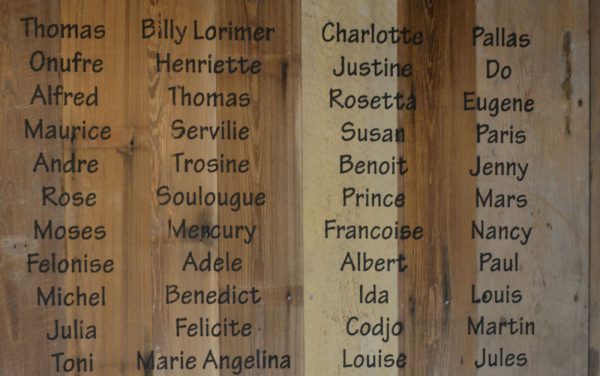 Names of the African Americans who lived in the worker cabins at Oak Alley Plantation.

The grounds of Oak Alley are just as fascinating as the house, since a number of the cabins of enslaved people have also been restored. Inside, you’ll find artifacts of their lives too–along with the names of those who lived at Oak Alley over the years.

Oak Alley Plantation is a National Historic Landmark that brings the Antebellum period to life for visitors.

Oak Alley Plantation provided my group with free admission tickets. We all enjoyed every minute of our visit!