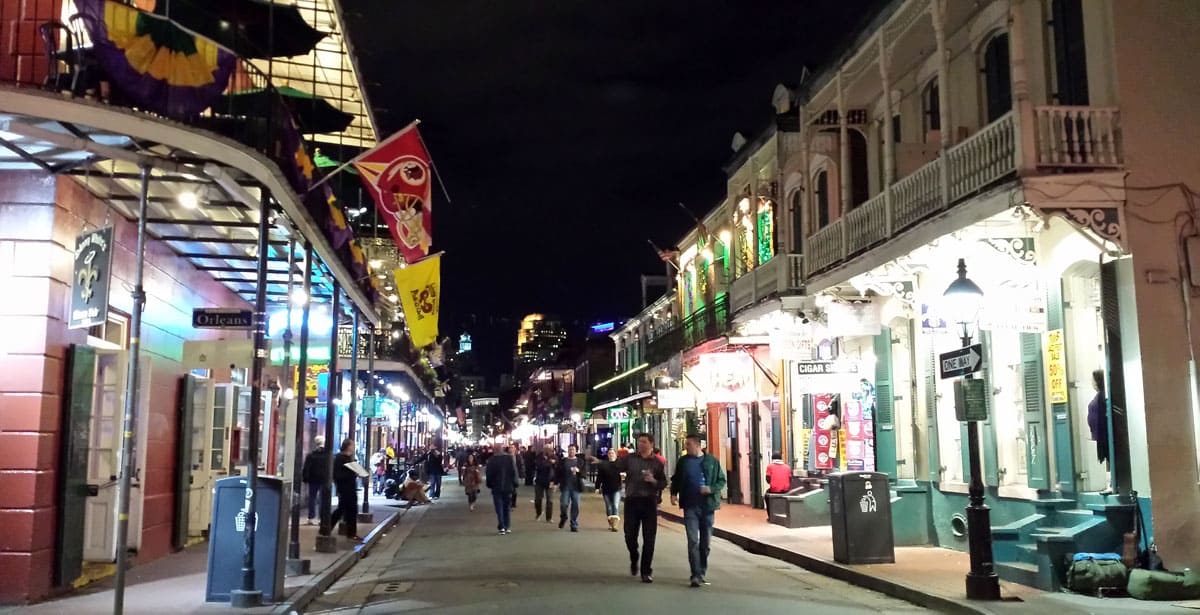 An evening in New Orleans isn’t complete without a ghost story or vampire visit, or maybe even a voodoo ritual or two. And while the brightly lit streets and revelry may keep these inhabitants of the night at bay when the sun goes down on Bourbon Street, there are plenty to hear about when you wander into the darkness of the side streets.

Haunted History Tours, whether you’re checking out the French Quarter Cemetery, or the French Quarter’s ghosts and legends, all leave from Reverend Zombie’s Voodoo Shop at 723 St. Peter Street. Their current building was erected in 1918 after the original late 1700s house burnt to the ground in 1916. The male ghost that reportedly haunts the site curses in French–can you guess who he is?

The ghost believed to haunt the property of Reverend Zombie’s Voodoo Shop is Francisco Gagnie. He was a carpenter hired by Andres Fernandez to complete a house started, but never completed, by his brother, Joseph Fernandez.

But things didn’t go well with Fernandez’s second attempt to get his property finished, and he ended up filing a suit against Gagnie on October 15, 1795, claiming he hadn’t fulfilled his agreement. Gagnie lost the court case and was ordered to pay a large sum–however, he didn’t have the money.

As is the case in most hauntings, Gagnie disappeared, apparently a victim of violence, never to be seen again after meeting with Fernandez. He was investigated by the Spanish Garrison, but no guilt was ever assigned to him. Their reports indicated the well at the rear of the property had been filled with brick and sand, but they never called for it to be opened.

Various reports of someone cursing in French, kicking on doors, and taking construction tools, convinced locals that Gagnie had returned. In fact, a 1999 resident, Ms. Moller, even claimed to have felt a hand grab her ankle while she sat on the edge of the well!

The full details of this story are included in the book, New Orleans Ghosts, Voodoo, & Vampires

Tours all start from Reverend Zombie’s Voodoo Shop, where we spent a lot of time exploring the many fascinating items for sale in the store. At 7:30 pm, our young storytelling guide, Lucy, appeared to walk us through the 5 in 1 Ghost & Mystery Tour of the French Quarter.

We wound our way through the dark back streets of the French Quarter, learning about the mysteries of this historic part of the city. Lucy stopped outside various buildings to spin stories of the infamous goings-on of inhabitants from the 1700s and 1800s. From pirates and plantations, to murderers and vampires, the stories gave us the shivers!

It was the perfect way to start our visit to New Orleans, and get some history of the French Quarter, on our week long Mardi Gras visit in February, 2016. Book your own tour at the website.

Here’s an inside look from YouTube at the New Orleans Cemetery Tour they offer from Reverend Zombie’s Voodoo Shop:

And I can guarantee a few very interesting hours with the ghosts of New Orleans from the comfort of your own home, with the book by Kalila Katherina Smith.