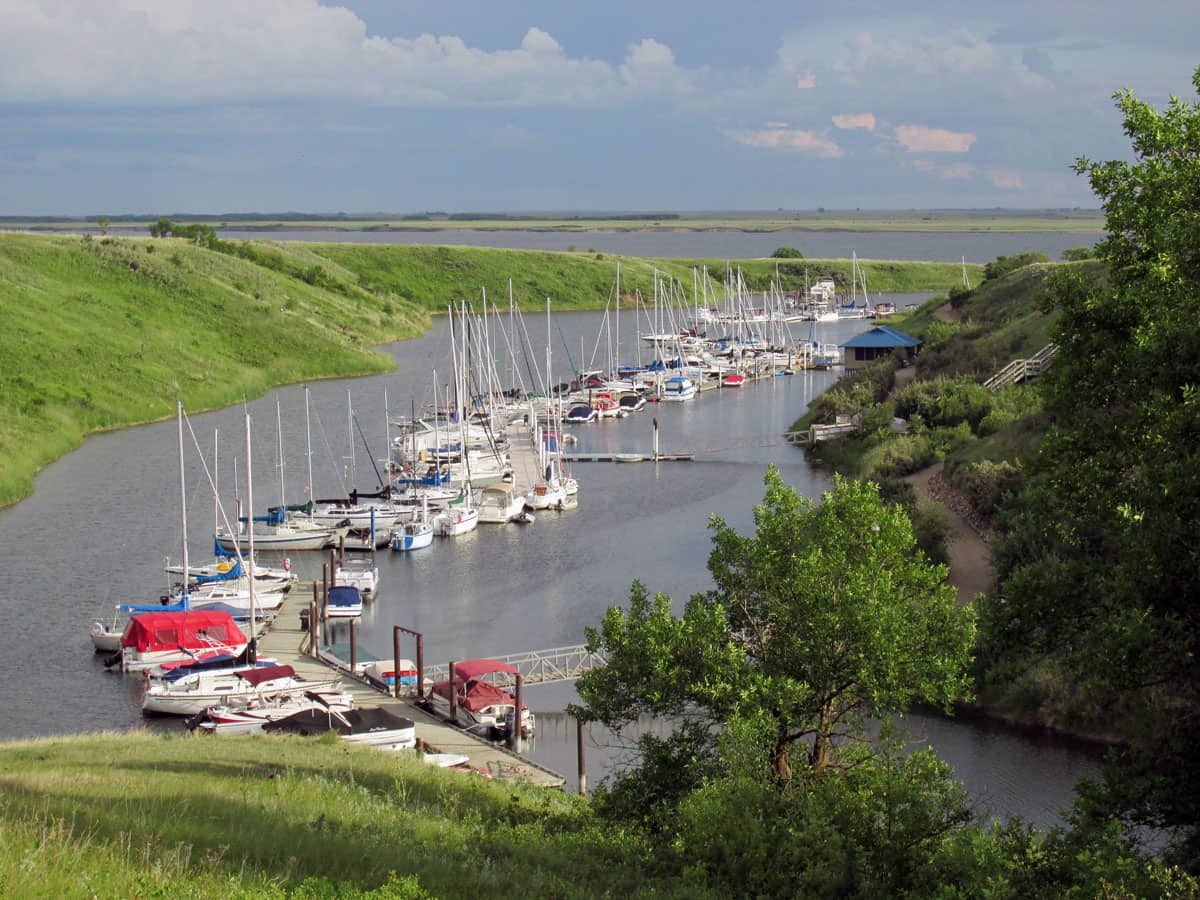 Visitors to Saskatchewan often think of it as flat and boring, however surprises wait for those who look a little further! While the Trans-Canada Highway #1 crosses along the end of the Great Plains of North America, there’s lots of opportunity for adventures. In fact, few would expect to see something like Lakeside Marina (above) with its 150 slip marina and many sailboats!

Lake Diefenbaker, like a number of other lakes in Southern Saskatchewan, is a man-made reservoir. It is, however, nearly twice as deep as Manitoba’s well-known natural lake, Lake Winnipeg. Can you guess how deep it is? (Click on About Lake Diefenbaker above to find out!) 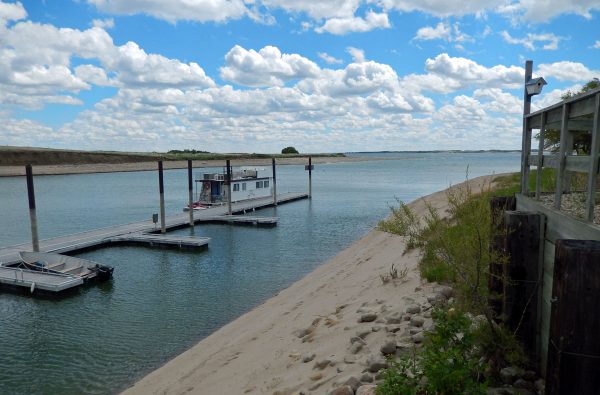 The lake was created in the 1960s by building the Gardiner Dam across the South Saskatchewan River, and the Qu’Appelle River Dam across the Qu’Appelle River. It has almost 500 miles of shoreline, providing recreation access for a large part of Southern Saskatchewan. With three provincial parks and three regional parks, there are over 1000 campsites with a variety of features. 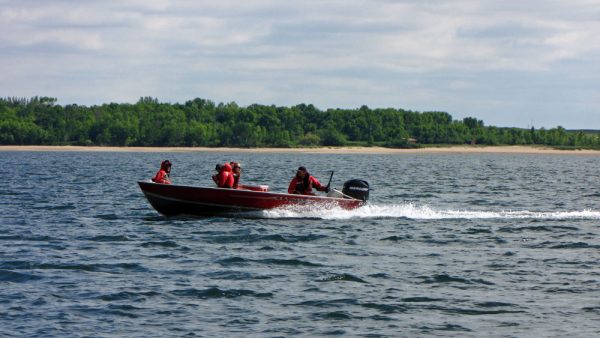 Sport fishing is important on Lake Diefenbaker as it has close to 30 species of fish including such favorites as walleye, Northern pike, and trout. On my fishing adventure with Lake Diefenbaker Fishing Charters, I pulled in what turned out to be a very tasty little walleye!

Elbow, Saskatchewan, is a small town situated on what was the elbow of the South Saskatchewan River as it twisted across the prairies. A lot of visitors to the town come for Lakeside Marina, with its boat launches and marina.

During my visit, I had lunch at Harbor Golf Club and Resort, which overlooks Lake Diefenbaker from Harbor Recreational Site. I choose the special: meatball soup, sandwich, and a macaroni salad. Very tasty! 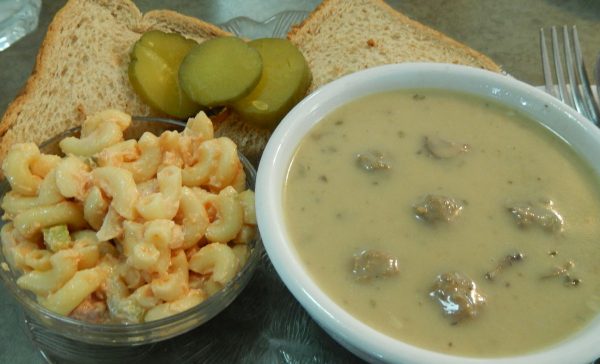 While enjoying lunch, I talked to a number of people coming in from golfing. The golf course, an 18-hole championship course, provides a beautiful view of the bluffs that overlook the lake and the sandy beaches.

Back in town, I took a few minutes to visit the local museum, which was as distinctive on the outside as the inside. 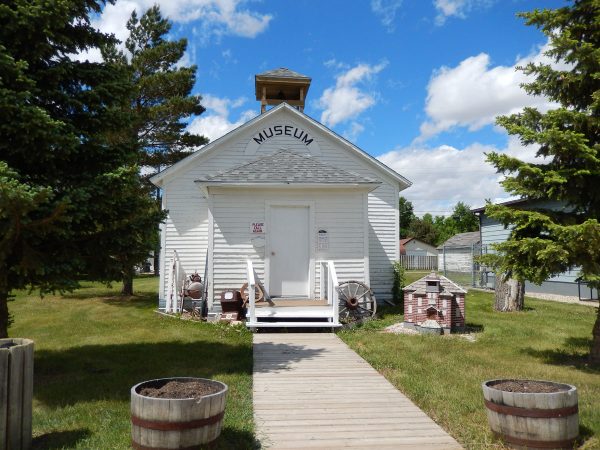 My favorite part of the museum, though, was the sod house on the opposite side of the street, which I’d visited a few years earlier when researching soddies (sod houses) for my novel, Adeline’s Dream. The first sod house was erected there in 1965 to celebrate Saskatchewan’s 60th birthday. It was rebuilt in 2000 and furnished with period pieces. 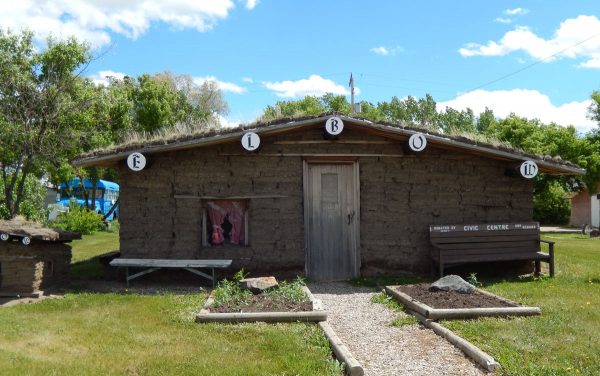 Elbow’s a great summer destination, especially if you fish as it’s one of the first stops on Saskatchewan’s Walleye Trail.