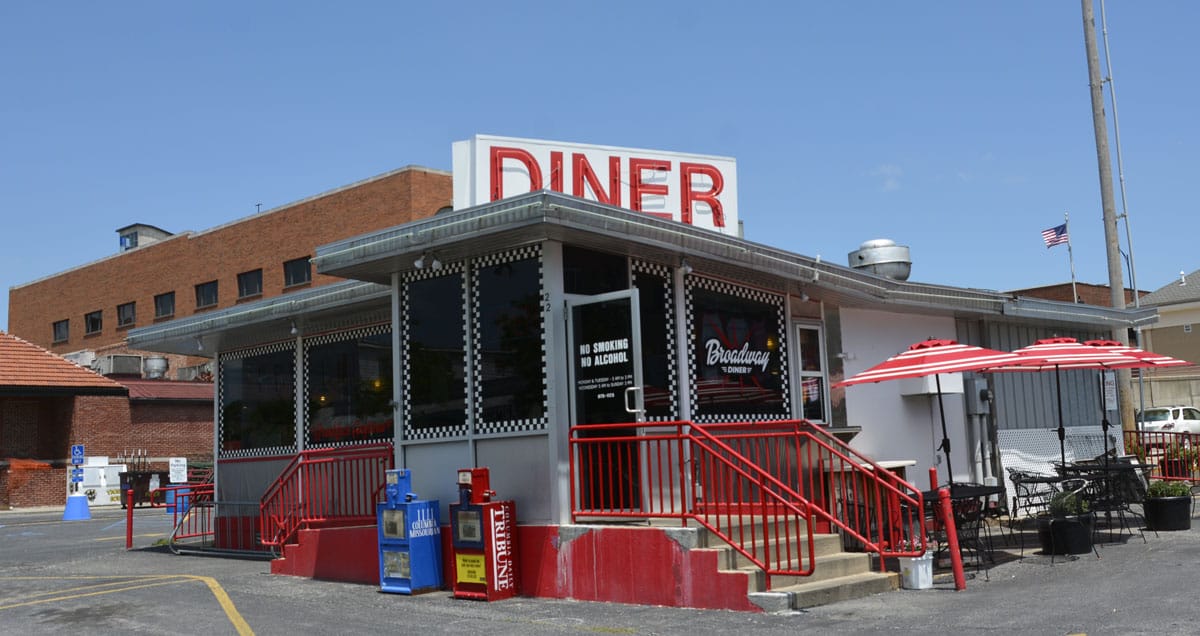 The Broadway Diner in Columbia, Missouri, is famous for its made-from-scratch food–ask any of the nearby University of Columbia students, many of whom are now spread out over the whole USA, just how good it was to sit down to some of mom’s home cooking.

But that’s not the Diner’s only claim to fame. In fact, it’s a Valentine diner.

Valentine diners are a piece of history we’ve forgotten in most places, so Columbia is lucky to have such a thriving piece of Americana to call its own.

How much do you know about Valentine diners–what exactly are they?

Don’t have a clue? Click on the tabs above to find out.

Valentine diners are essentially portable buildings designed for serving food. And if you guessed that Valentine was the person who constructed this particular type of diner, you’re right. They have two parts to their history though: purpose and creator.

The term diner, according to the online etymology dictionary, showed up in 1890, meaning a railway car for eating. By 1935, the name had expanded to include any restaurant built in the shape of a dining car, or in some cases, made from converted railway cars. 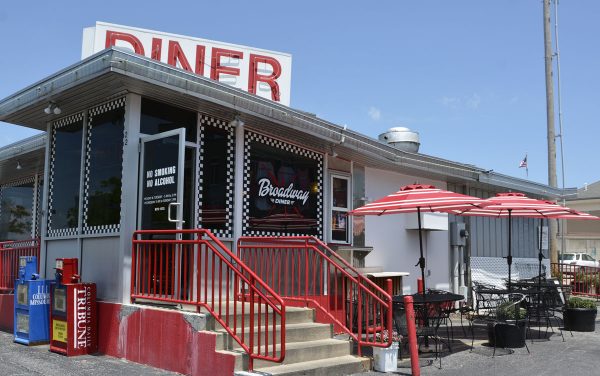 Originally, the dining cars popped up all over the East coast as what I affectionately call “shiny diners,” as they were all made of beautiful, shiny steel. In 1932, Arthur Valentine, a Wichita, Kansas, entrepreneur already leasing several eating venues, purchased a prefabricated lunchroom building from Ablah Hotel Supply. Valentine knew a good idea when he saw one, and jumped in as a salesman for the company.

In fact, Valentine ended up owning and operating around 50 of these before Ablah turned that part of the business over to him.

The Legends of America site indicates:

“…his [Valentine’s] true success was Valentine Lunch System. These eight-to-ten-seat diners could be operated by just one or two people. The little square-sided structures were designed to be easily moved on flatbed railroad car. Inside, stools were placed around a counter. Some designs had pick-up windows. The catalogs reinforced the idea that an individual purchasing one of these diners could make a substantial living and that they could add additional units if they desired.  Ordering the diner through a catalog, the struggling entrepreneur could buy the boxy little diner for just $5,000 with monthly installment payments of $40.00. Arriving complete with grill, counter and stools, the operation could be unloaded, set upon a concrete slab, and be operational within hours.”

If you’d like to know more, you can read the whole Valentine story from the Kansas Historical Society. 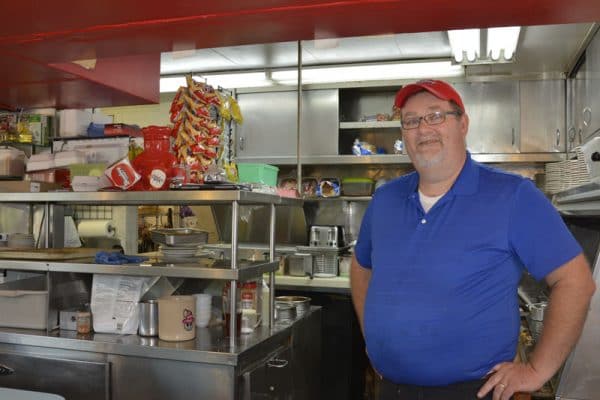 Dave Johnson, owner of the Broadway Diner, in Columbia, Missouri.

The Broadway Diner in Columbia is owned by Dave Johnson, who took advantage of the Valentine Diner’s portable design to move it two blocks (thus it’s no longer on Broadway but on the corner of 4th Ave & Cherry Street) back in 2001. It’s open 7 days a week, even through the wee hours, for folks heading home from Coloumbia’s busy downtown. 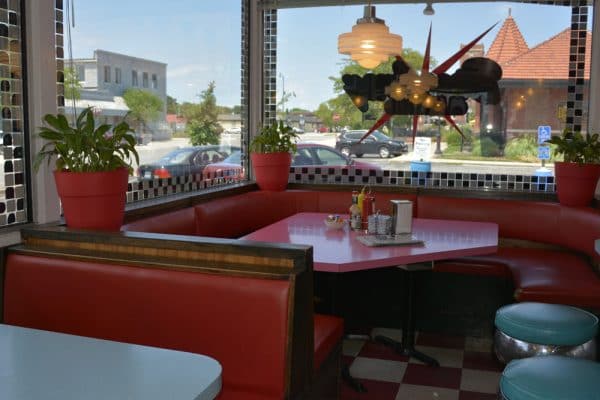 Booth in the Broadway Diner.

As well as the day’s specials, the Diner chalkboard features a saying. I had to smile at Dave’s choice on the day I visited, as it was Baltasar Gracian’s, “Dreams will get you nowhere, a good kick in the pants will take you a long way.”

Not only are the home-cooked meals tasty in the diner, they’re also easy on the pocket book. The $6.45 special when I was there included pork roast, mashed potatoes and gravy, green beans, soup or salad, and a beverage.

And if you stop in, put some money in the jukebox and really turn back the pages of time! 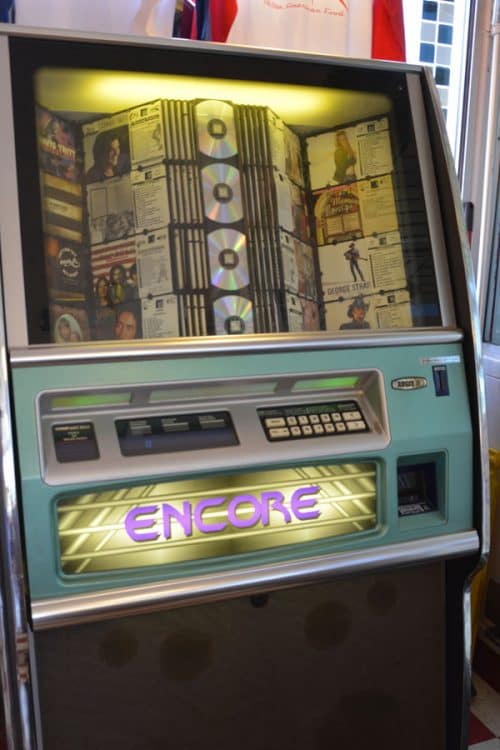