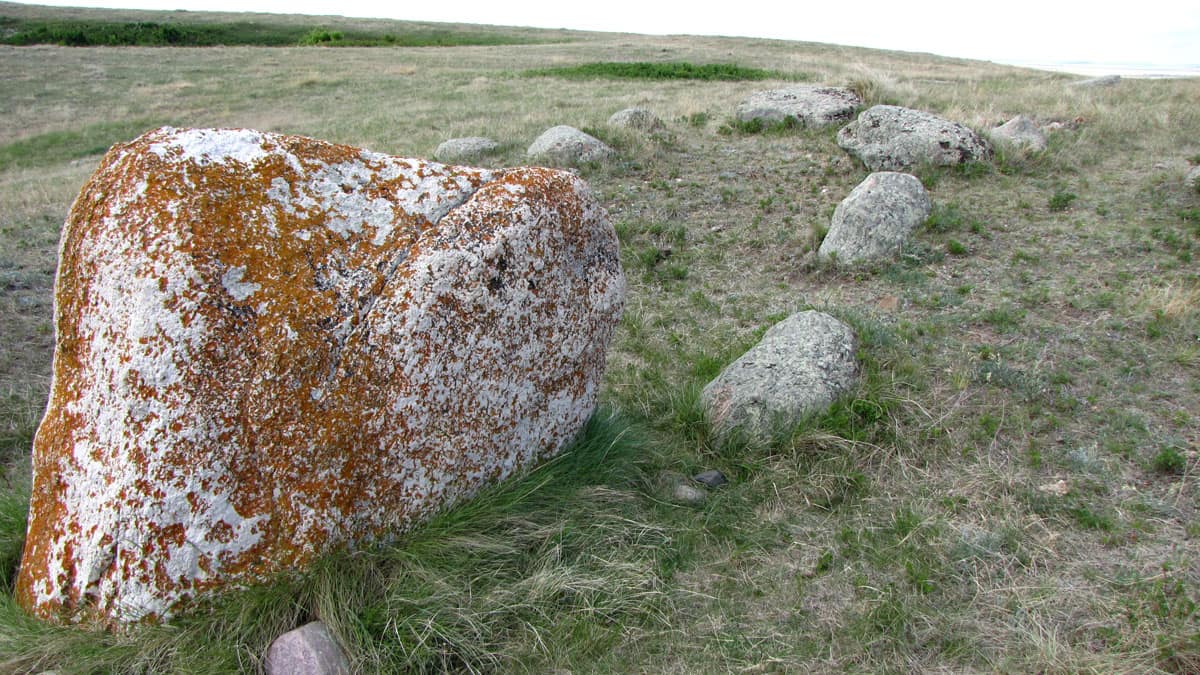 The native prairie habitat of the Great Plains of North America has been ripped up by the plow, and replaced by grain fields, through most of the continent, including Saskatchewan. However, Herschel, a small town nestled where the Coal Mine Ravine joins the Eagle Creek Valley, exists in a time warp where petroglyphs and tipi rings and dinosaur fossils still blend in with the native grasses.

The undisturbed historical site at Herschel has three boulders with pre-contact petroglyph carvings, while the associated site illustrates the related life of these early peoples. What animal is depicted?

The Herschel Petroglyphs’ stylistic forms are associated with Siouan speakers and bison ceremonialism. 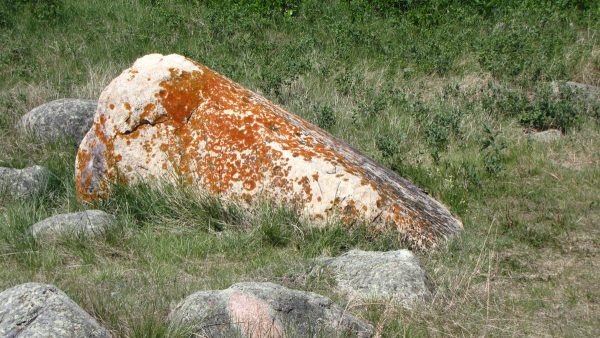 Other parts of the archaeological site show the the buffalo hunt and the importance of the animal to the survival of these early peoples. Altogether, the site includes 64 hectares of land along the Eagle Creek.

Designated a Municipal Heritage Property in 1988, the Herschel Petroglyph / Tipi Ring site is just a short drive from Rosetown, and less than 100 miles from Saskatoon.

My visit started at the Ancient Echoes Interpretive Centre, where I had a guide who explained more about the site and its history. In fact, I learned the site contains a number of things including: 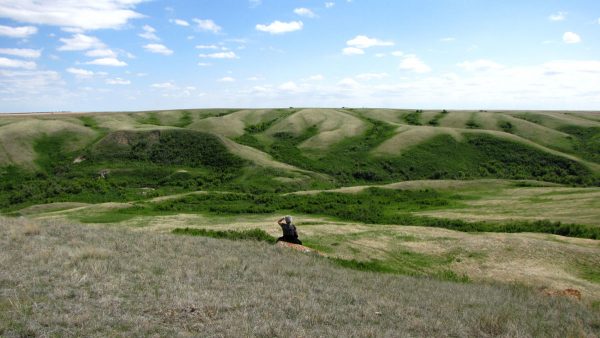 While the petroglyphs and formations are intriguing, I always find just seeing the prairie as explorers did centuries ago fascinating. Hiking the coulees and hills of Coal Mine Ravine, covered with wildflowers like buffalobeans and wild orchids that have disappeared from most other places, felt like I’d been transported to another time. 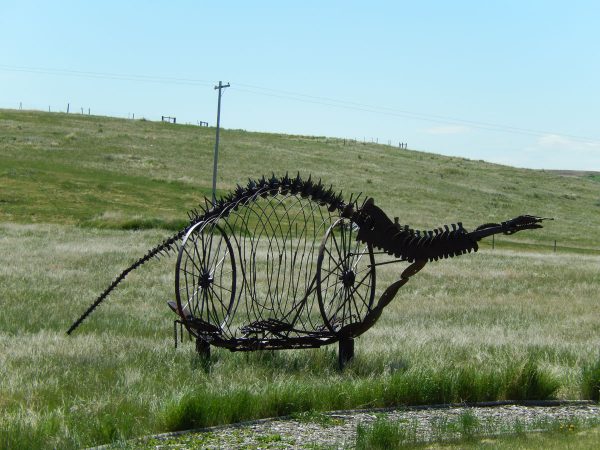 Metal model of a dinosaur at the Ancient Echoes Centre in Herschel, Sask.

There’s lots to do and see at the Ancient Echoes Interpretive Centre and Museum. The Centre offers a full slate of summer activities ranging from a day as a  palaeontologist to making candles with local beeswax. Check their website for scheduled events.

Summer can be hot on the Saskatchewan prairies, so I appreciated being able to get a cold drink and some local saskatoon berry pie in the Centre’s Tearoom after my hike. I also took some time to browse through the museum for more insights into the area’s history. 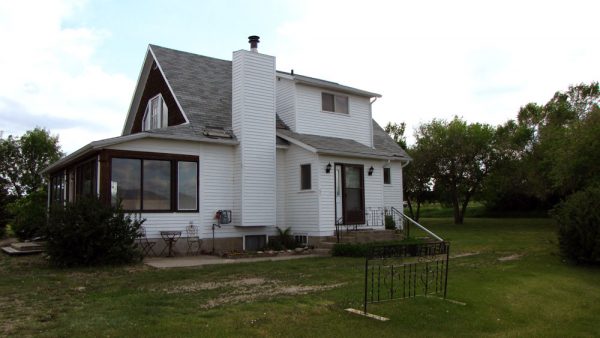 I was surprised to find there was a retreat centre that visitors could book for a relaxing stay to explore the local petroglyphs natural history. While I didn’t spend the night, I did take a tour of its distinctive interior. Reduce, Reuse and Recycle are all common buzz words, but they’re applied effectively in the house’s design as it includes lumber from an old grain elevator along with interior use of grain washed wood. For information on booking the retreat house, click here.

My thanks to Tourism Saskatchewan for hosting me on this pre-conference trip for the 2013 TMAC Conference held in Saskatoon.