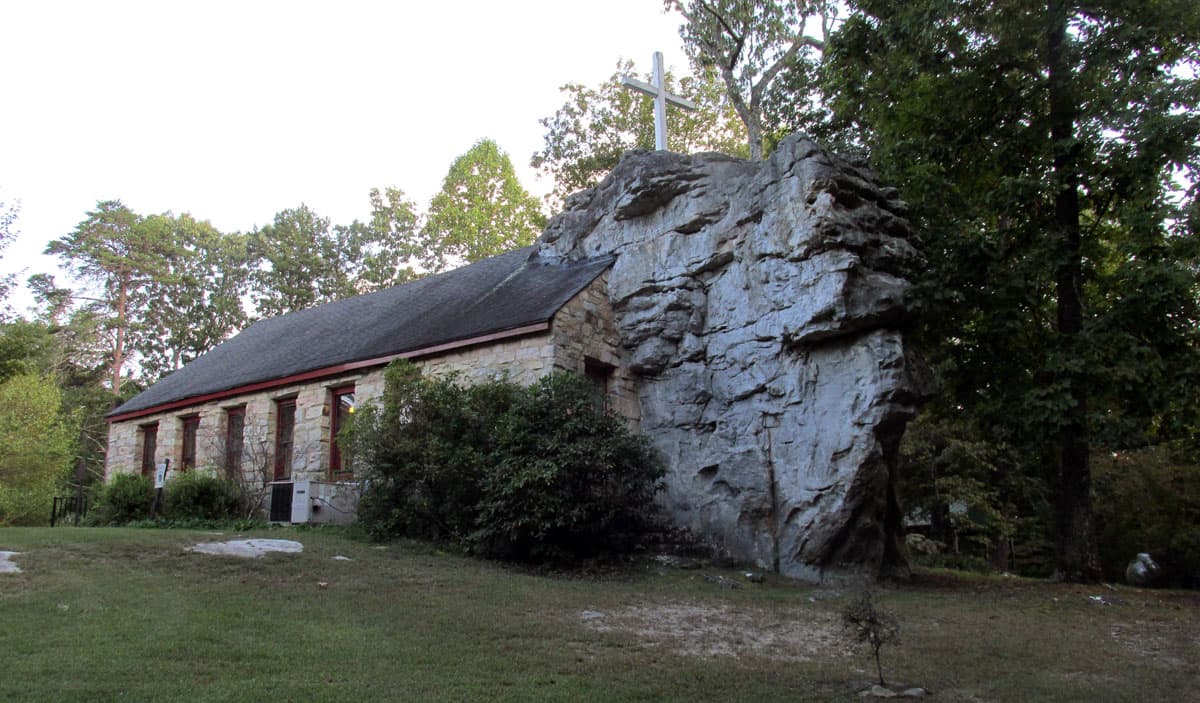 Imagine, if you can, an enormous sandstone rock plopped down in a forest–and someone deciding to build it into a pulpit and wrap a stone church around it. Sound a little crazy? Maybe.

Milford Howard may not have been crazy, but he sure wasn’t an ordinary guy. In fact, he led a pretty extraordinary life!

Six months after he built the stone church in 1937, honoring his wife, Sallie Howard (died 1923), Milford Howard died. As per his wishes, his body was cremated and put into a crypt dug into the rock pulpit that juts into the church. In fact, the Sallie Howard Memorial Chapel, with its huge sandstone wall and single occupant, is a popular place for visitors to Mentone, Alabama.

While Howard’s story of building a chapel around a rock is certainly quirky, I was even more surprised by his life up until that point. One of the most surprising things was that a novel he wrote helped him get elected to Congress!

Can you guess what that novel was titled? Not sure? Click on the tabs above to find out the answer. 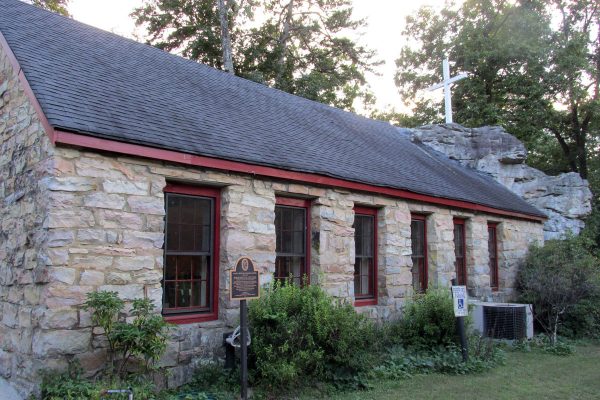 Milford Howard wrote a novel (published 1894) titled, If Christ Came to Congress. How did it help him get elected? Well, it was a satire in which he criticized members of parliament for being open to bribery and motivated by money. It appealed to the common man (women of course couldn’t vote yet), sealing his appointment.

The next year, he followed it up with The American Plutocracy (1895), a novel about the incredibly rich and abject poor. Had he lived today, I can only imagine the blog he might have written and its popularity.

Howard was mostly a self-taught man, since he really only had a year of formal education. But that never stopped his ambitions. Born in 1862 in Floyd County, Georgia, he convinced Confederate soldier and lawyer, Major Joseph A. Blance, a lawyer in Cedartown, Georgia, to help him study law. Just a year later, he was admitted to the bar.

Then, he moved to Alabama, becoming the youngest man to ever apply to the bar in that state, and met and married Sally Lankford in 1883 (he was 21 and she was 17). The next year he ran as a populist (member of a political party with a goal of representing ordinary people) in Alabama and served two terms as the state representative (1894 and 1896).

In a bid to return to politics, he tried to become the presidential candidate for the Independent Party in 1908, but was unsuccessful. His competition had included journalist, John T. Graves, Reuben R. Lion, a New York lawyer, and William Randolph Hurst, a former U.S. representative and newspaper owner.

Howard spent his life as an adventurer, traveling, lecturing, writing books, and investing in such things as a Mexican mine, Louisiana and Texas oil fields, and a Salmon cannery in Alaska. Unfortunately, his investments rarely went well, and he often lost money and had to abandon his dreams.

He went on to write, produce and star in the feature 1923 silent film, The bishop of the Ozarks. Sadly, his wife, Sallie, died shortly after the release of the film. During his next marriage, to Stella Vivian Harper (Lady Vivian), he spent time in Europe, even meeting Mussolini. That visit resulted in his 1928 book praising fascism. 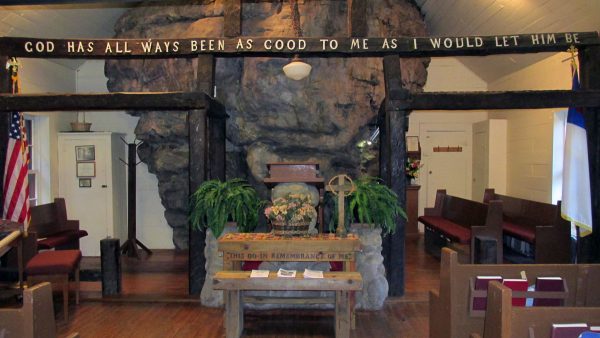 Interior of the Sallie Howard Memorial Chapel in Alabama.

One of Howard’s dreams was to build a replica of the Wee Kirk O’ the Heather chapel–he’d already seen one replica at the cemetery where Sallie was buried in California.

Almost as if he knew the time for accomplishing his dreams had run out, he directed the building of the chapel in a frenzy. Once he’d found a rock that could be incorporated into the stone building, he hired a crew of carpenters.

The ground was still frozen, but Howard pushed on. Taking on the role of foreman, he stood outside in the wet weather, giving directions, watching piles of rocks turn into walls.

Inside the stone church, he had a quote penned on one of its interior beams. According to local history, it was a line that Sallie had written to him in one of her last letters from California while he was away: God Has All Ways Been As Good To Me As I Would Let Him Be.

Howard preached the first sermon in the rock-anchored chapel, holding a memorial ceremony for Sallie on June 23, 1937. He returned to California by train, and died of pneumonia at the age of 75 in December of 1937.

The stone church is free to visit and open every day until dark. It’s near Mentone, Alabama, and located on Hwy 89/DeSoto Pkwy, northeast of Fort Payne through DeSoto State Park. 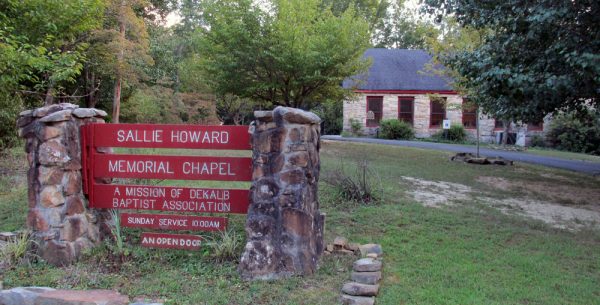 I visited the Sallie Howard Memorial Chapel on a post-trip after a NATJA travel journalist conference in Huntsville, Alabama.