Sometimes putting miles on during a road trip feels like you’re dumping out a child’s toy box, and rolling pieces of a dozen different games and toys in different directions. Day 6 was one of those days.

The day began near the ocean, in Arcata, a small community next to Eureka– after driving through both, I’d suggest skipping Arcata and staying in her bigger sister. However, either keeps you on Highway 101, ready for the next redwood adventure: Avenue of the Giants. 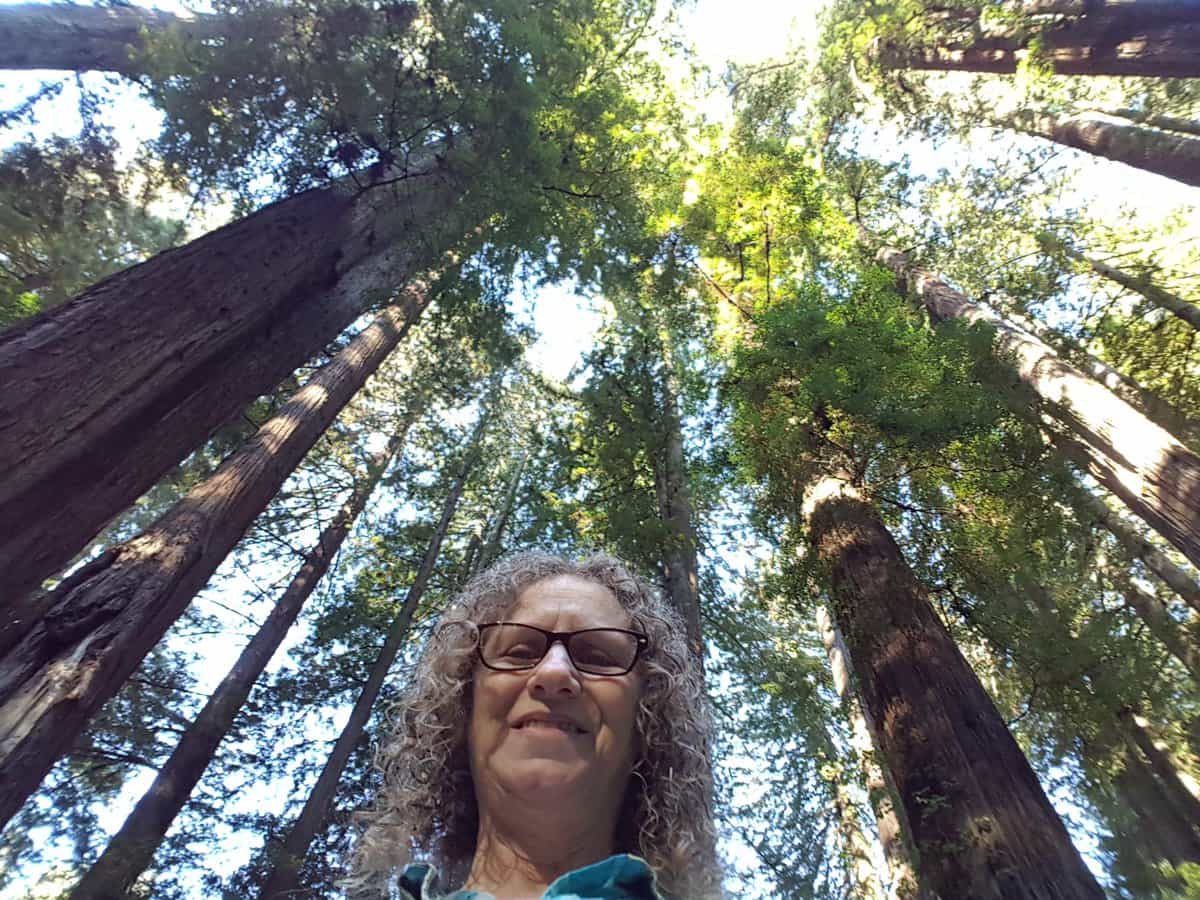 Linda Aksomitis on Avenue of the Giants.

Running parallel to Freeway 101, Avenue of the Giants is just that–a narrow paved road through an intermittent forest of redwood trees spread over 31 miles and 51,222 acres. We drove the whole avenue, but found the most magnificent stands of trees near the northern end, with fewer and fewer groves at the southern tip.

If a picture is worth a 1000 words describing the experience, then the smells and absolute sounds of silence in the redwood forest are equally worth a thousand photos. Visiting here is one of those things, like falling in love, that everyone should do at least once in a lifetime. 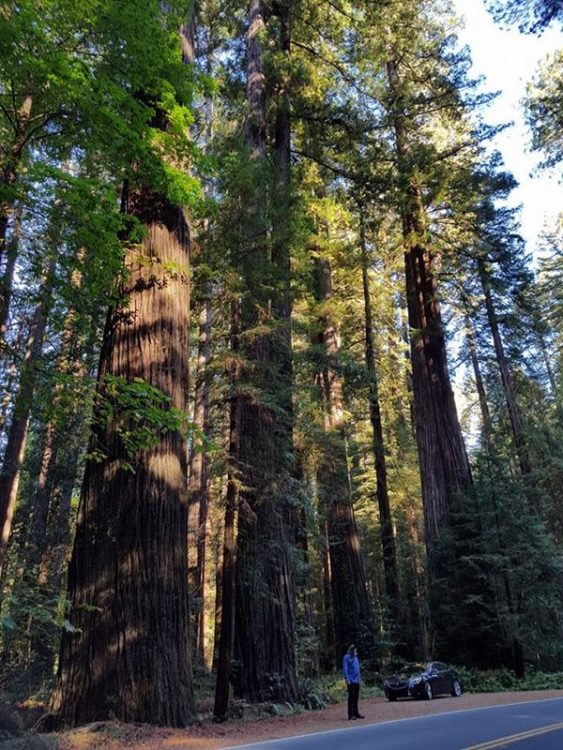 And of course, while it’s cheezy and has been done a million times, for the measly fee of $6, we our drove our car through a tree and snapped a photo! 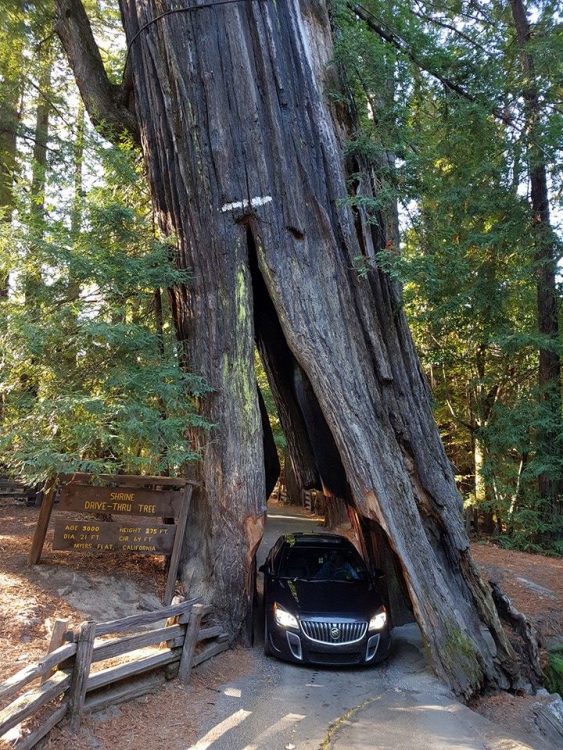 Car in a redwood tree on Avenue of the Giants.

While it was hard to leave the redwoods behind, we headed further south a few more miles and then turned East, towards home, on Highway 20. Lucerne, a scenic town on Clear Lake, provided a nice interlude to a countryside scorched brown during a drought year. 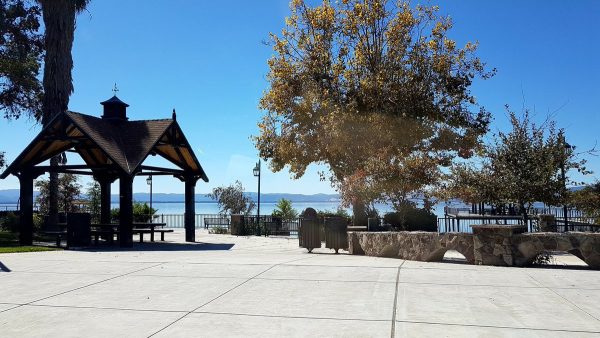 While the day had started out comfortable at 60 degrees, by Lucerne it was in the 90s and still climbing. Highway 20 wound through the lake region, right back into rugged terrain. Then, without warning, we emerged from the hills into a fertile plain covered with peach tree groves and a few other crops we couldn’t quite identify.

The temperature continued to climb. At Yuma City it was 100 degrees!

Just out of Nevada City we were surprised to find another grove of redwoods as we started a climb into what turned out to be the Tahoe National Forest. 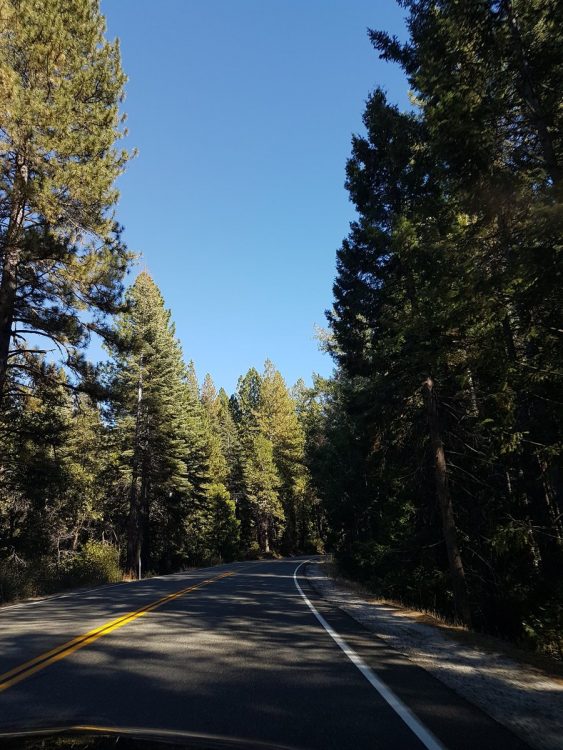 I couldn’t really imagine trying to cross that pass as so many wagon trains did in the mid-1800s, including the ill-fated Donner party. The Sierra Nevada Mountain range is incredibly rugged, as the men and women who made their way through them to settle California must have been.

Like many others before me, I was glad to stop for the night at Reno, Nevada. And while the Interstate has replaced the old wagon road followed by the Donner Party, it’s still a place many pass through when crossing the Sierra Nevadas. 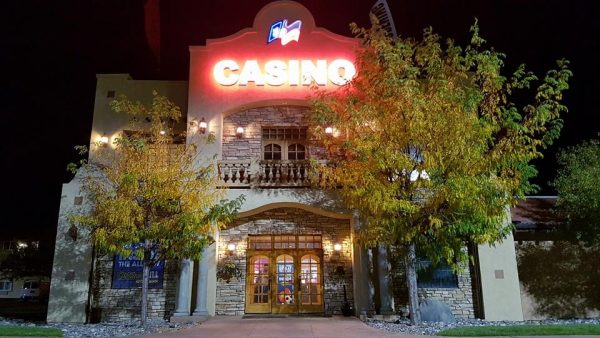