Buddha said, “It is better to travel well than to arrive.” We agree. There’s nothing like a road trip for an all-around adventure!

So, I’ve decide to share this trip, mile-after-mile, as we wind our way from Qu’Appelle, Saskatchewan, all the way to the Pacific Coast Highway, home through the desert, and back to Saskatchewan. 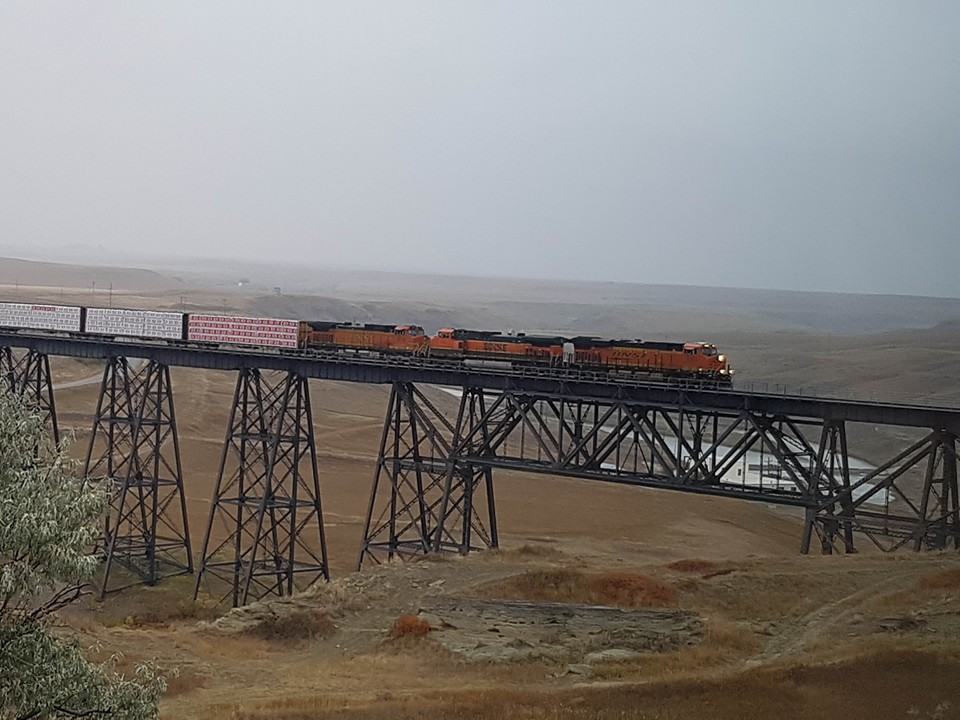 So, let’s start at the end and work back to the beginning for today’s travels. This photo was taken from our hotel room at the Super 8 in Cut Bank, Montana, of the Trestle Bridge. The Cut Bank Creek begins in the Rocky Mountains in Glacier National Park, at the continental divide, and flows ENE onto the foothills and plains. Here, in Cut Bank, we watched the train roll over the trestle railway bridge, a mile from the town’s Amtrak station, over the scenic golden gorge that’s 150 feet (46 m) deep.

However, the day’s drive across the great plains was full of the golden shades of fall and harvest, right through Saskatchewan and Alberta, and into Montana. 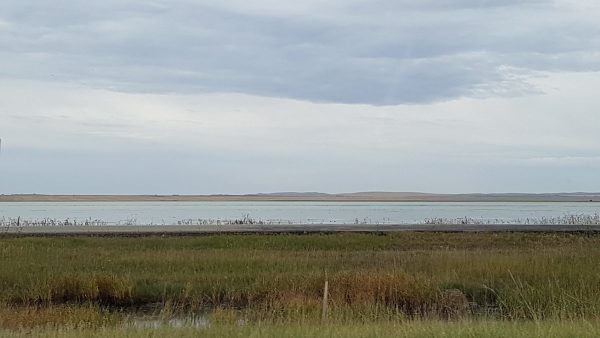 Morse, Saskatchewan, on the Shorebird Refuge.

This time of year on the plains truly is all about the skies. Why? Saskatchewan (and most of Montana) is smack in the middle of the central North American Flyway for birds crossing the great plains. Three sites are part of the Western Hemisphere Shorebird Reserve Network – the Americas’ most critical wetlands for migrating shorebirds. 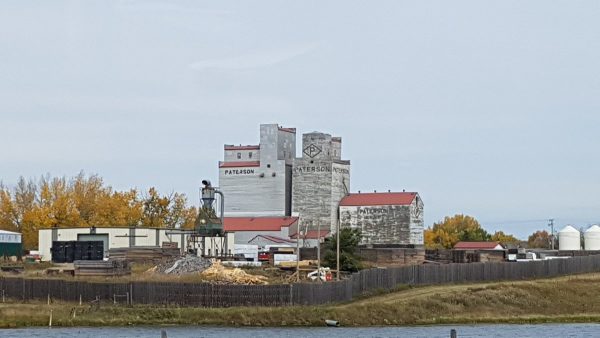 While the birds are flying south, the Trans-Canada Highway that crosses Canada east to west cuts right through the province’s grain fields, so in addition to birds you’ll see many old style elevators, along with the newer, bigger inland grain terminals. 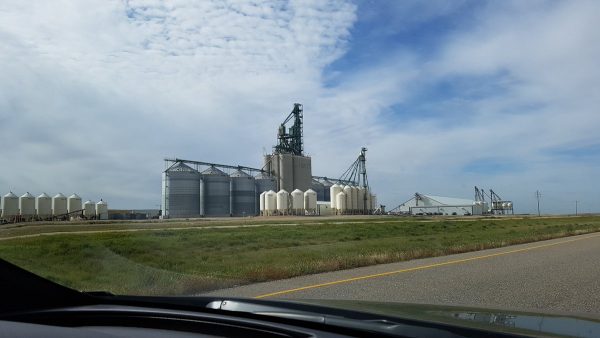 The further you head West into Saskatchewan and Alberta, the more rolling the country becomes, leaving the flat prairie grasslands behind. Here, you’ll find cattle ranching country, the odd herd of sheep, and hayfield after hayfield! 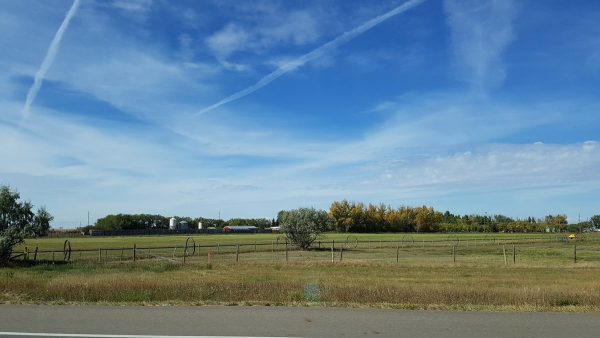 We followed the car GPS to hit the border crossing at Coutts by traveling on the mostly four-lane highway, but should have taken the Alberta 36S highway instead. It would have saved us a few miles. And since there was construction up to Taber, the better road didn’t make the trip any faster. We also found getting through Lethbridge a real pain — there are traffic lights on every corner it seems, so there’s a whole lot of stop-and-go on the highway!

Coutts border crossing has a Duty Free Store, only one of two in Alberta, which was why we selected the crossing. However, it wasn’t overly busy (trucks have a different designated lane than cars) and the crossing itself went quickly.

Once over the border in Montana, we hit badlands and white lowlands — not snow, thank goodness, but salt flats! 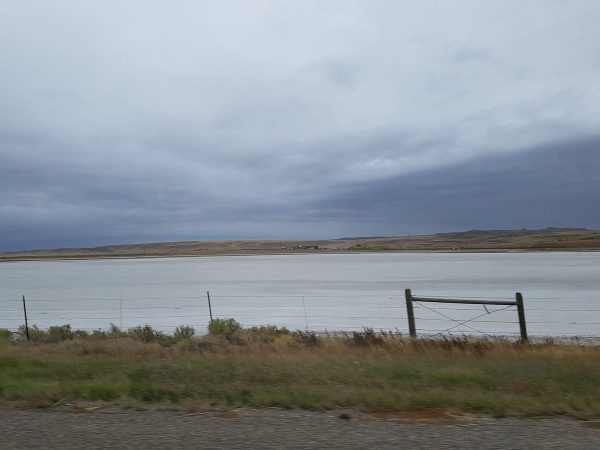 It took us less than an hour from the border at Coutts to get to Cut Bank, a Montana community that had everything we needed. The Super 8 Hotel, on the West side of town, was super comfy and right across from the mall. So, it was a quick walk through a misty rain to the Village Restaurant Lounge & Casino. The fish & chips were great! 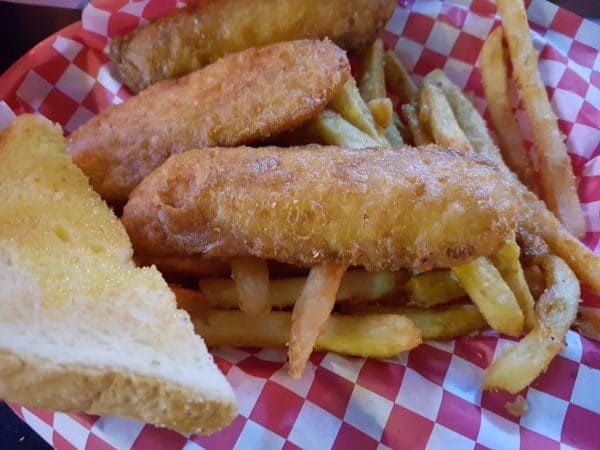