Did you know that out of Montana’s 56 counties, 46 are considered “frontier counties” with an average population of six or fewer people per square mile? Or that it’s the fourth largest state in the US? What that means, of course, is that there are lots of highways with few people traveling them.

My love affair with Montana started back when I was a new bride, and David and I took our first travel adventure across the “line” together. We owned a muscle car then, and Montana’s speed limit was R & P — reasonable and prudent. Big Sky Country was amazing!

We spent the last two days of our road trip in Montana, starting with exploring downtown Dillon, Montana. It’s one of those little cities that has a lot more going on in it than is apparent from the Interstate as you fly by. 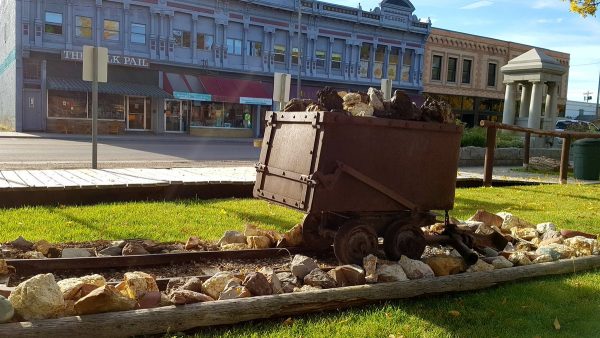 Dingley and Morse Block from 1888 — part of the historic district of downtown Dillon, Montana.

In fact, the whole downtown of Dillon is a National Historic District with 66 buildings listed. Some, like the Metlen Hotel and Dingley and Morse block, were built in the late 1800s, while others were built in the early 1900s. 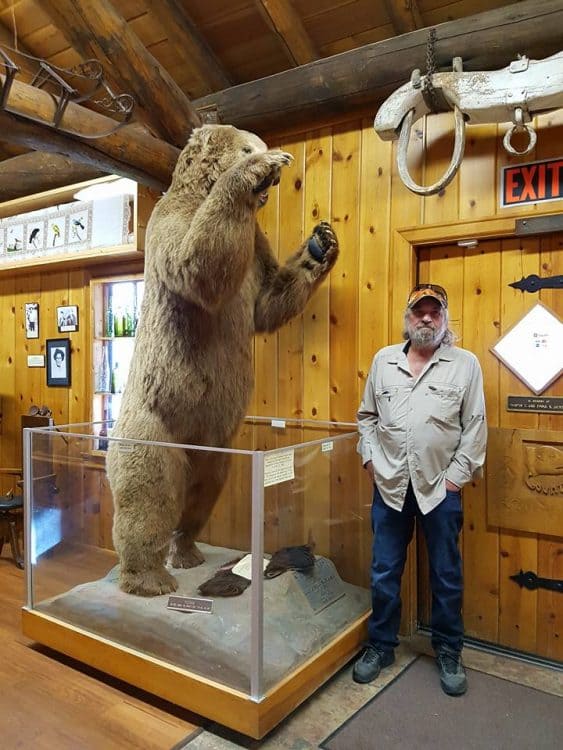 David Aksomitis with a 1200 pound Kodiak bear at the Beaverhead County Museum in Dillon, Montana.

In addition to wandering around the downtown, we also visited the Beaverhead County Museum, which includes the old Union Pacific Depot, the Lewis & Clark Diorama, and Audubon Bird display. The museum itself is full of rare artifacts and their stories, all described and dated. In fact, the attention to detail weaves an exciting history of the area. 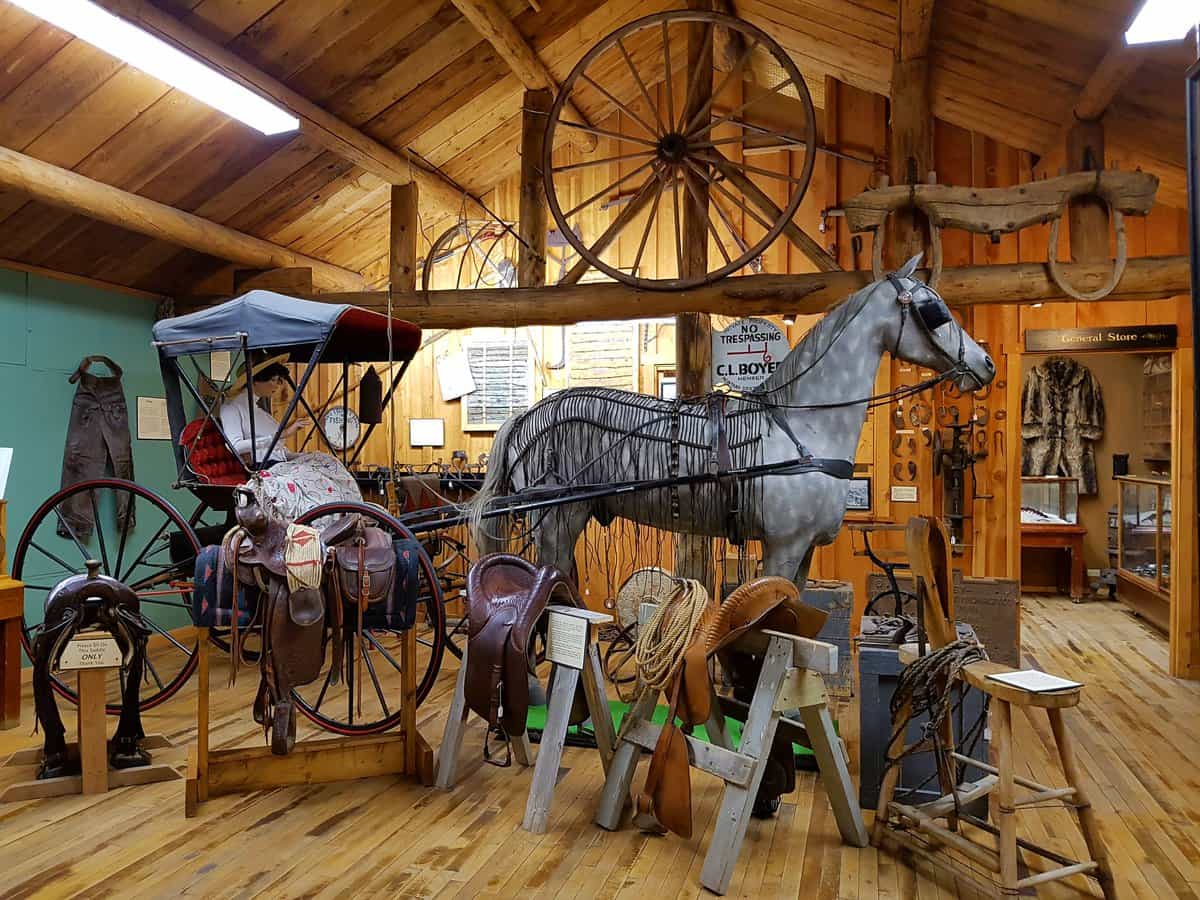 Display in the Beaverhead County Museum in Dillon, Montana.

From Dillon, it was on to the highway and the mountains of Montana (Did you know that Montana means “mountain” in Spanish?). In fact, the state has 100+ named mountain ranges and sub-ranges, in various different formations, so it’s a scenic drive through canyons and peaks. 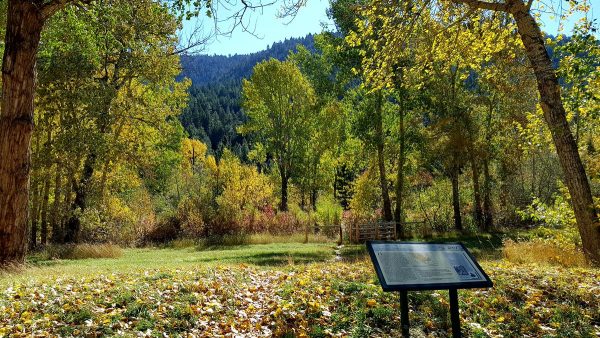 Pullout in the Big Belt Mountains in Montana.

For our afternoon stop, we planned to tour the Havre Beneath the Streets attraction, but arrived about 2:35 pm, five minutes after the last tour of the day. Sigh. So, we took a look around the free railroad museum that’s also part of the building. 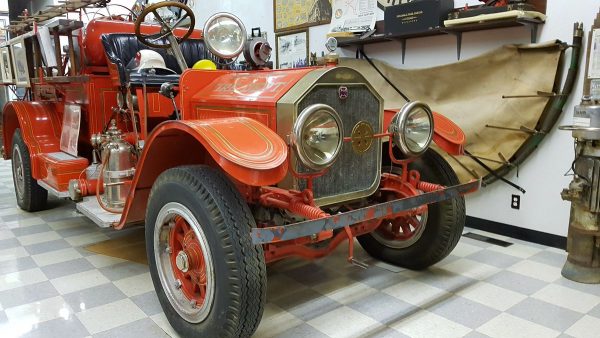 1920 fire engine at the Havre Railroad Museum in Havre, Montana.

Our last night in Montana, we stopped in Malta. I was already really familiar with its history, since Butch Cassidy and the Sundance Kid’s last train robbery was between Malta and Wagner. I’d woven that history into a novel, Longhorns and Outlaws, that I’d written for young readers.

The next morning, we turned North on Hwy 191 to Canada — a mistake we won’t make again! The highway, once it crossed at the Morgan, MT/ Monchy, SK, border crossing, and became Hwy 4, was worse than terrible for the first 30 miles. Full of potholes and rough, it was hard to take after Montana’s amazing roads. 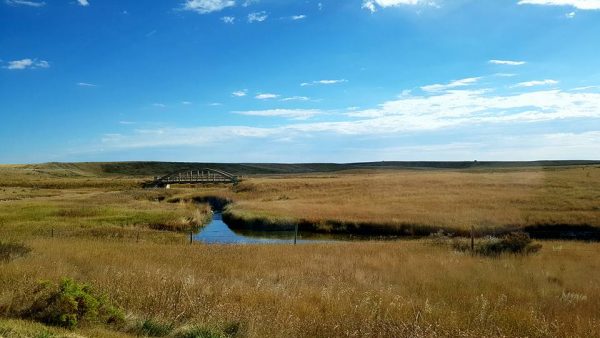 After Cadillac, though, the highway improved. It still seemed to take forever to reach Swift Current, though, and the Trans-Canada Highway #1.

The Trans-Canada is a great place to enjoy fall and get an understanding for why the province’s slogan is “Land of Living Skies.” The skies, in fact, are full of birds, as the province is on the Central North American Flyway. 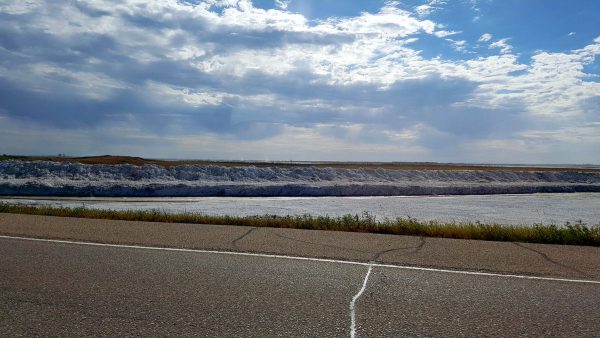 White salt against the Trans-Canada Highway at Chaplin, Saskatchewan.

Chaplin Lake, as well as being a salty marsh, is a rest stop for more than 100,000 shorebirds during the fall migration! It also has a Nature Centre right next to the highway that’s worth a stop. The Chaplin Lake area was designated a Western Hemispheric Shorebird Reserve Network site in May of 1997, noting that it has hemispheric importance.

And of course all good road trips end with the familiar sights of home. 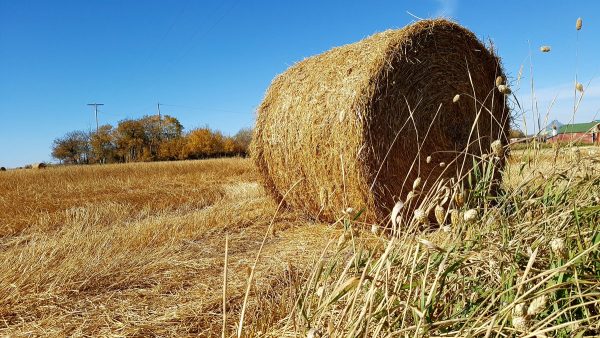 Saskatchewan field across the road from Linda Aksomitis’s home in Saskatchewan.