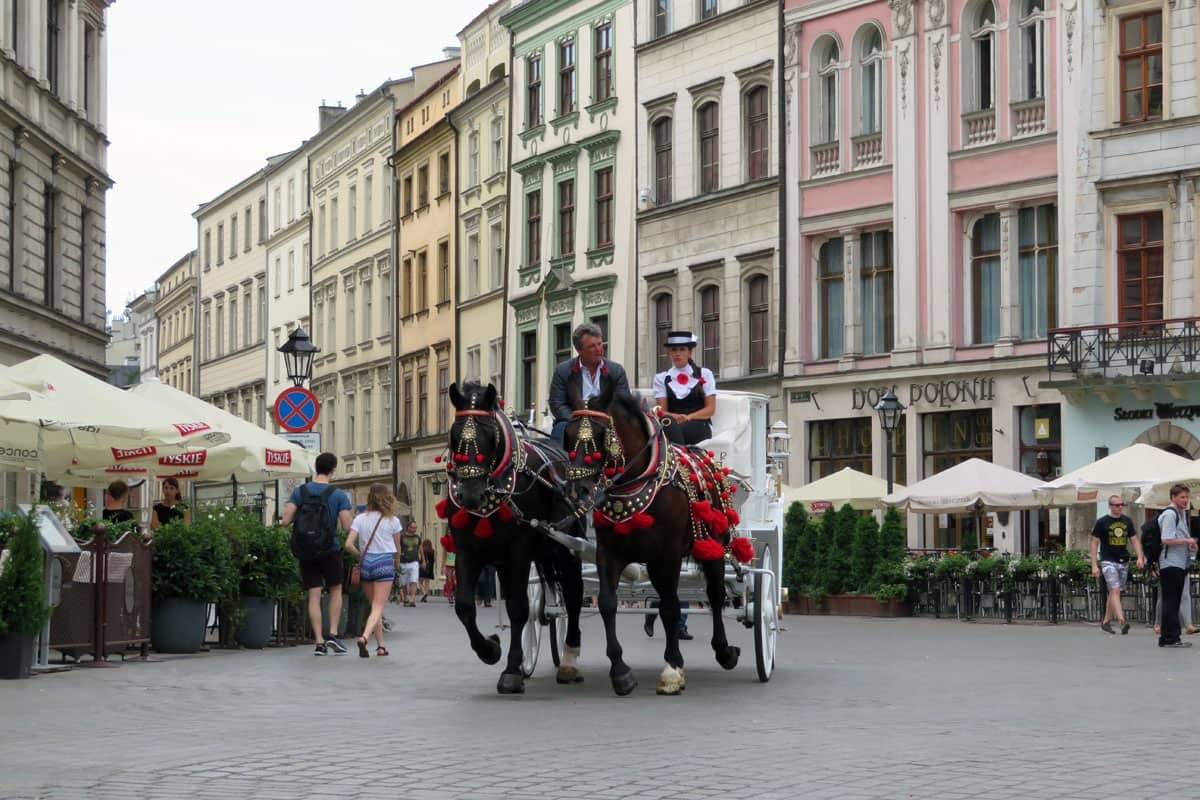 Krakow Old Town is a medieval center that has survived for eleven centuries–even through the bombings of World War II, which devastated other Polish cities. The horrors of war, however, didn’t completely miss the area as it’s just over 40 miles to Auschwitz Birkenau German Nazi Concentration and Extermination Camp.

While it was Auschwitz that put Krakow on our European itinerary, it was Krakow Old Town that ended up the highlight of our trip for a number of reasons.

The most important, of course, is the amazing preservation of an historic district. I could easily imagine myself a time traveler dropping into an era a thousand or more years before my own. Even with my eyes closed, the sound of horses clip-clopping on the cobblestones, pulling the antique horse drawn carriage ride, contributed to the atmosphere in Old Town

Old Town is the 13th-century era merchants’ town designed in 1257 after the 1241 Tatar invasion destroyed much of the existing city. Unlike some of the European cities we visited, Krakow is full of color. That no doubt contributed to the vibrant, full of life impression I got when I entered its main square. 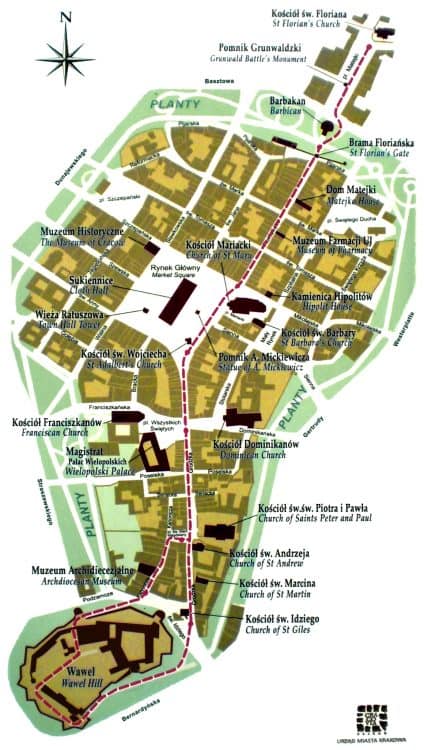 Of course, Krakow’s reputation for having the liveliest after-dark scene on the continent definitely contributed to its appeal for us too!

I loved wandering through Old Town, starting from its center with Renaissance cloth hall (Sukiennice). There, I browsed through gift shops and merchant stalls for souvenirs and checked out places to eat.

The hall is surrounded by row houses (kamienice) and noble residences, along with a number of historic churches that start with St. Florian’s Church outside the northern flank of the old city walls. This is where the Royal Road begins, entering at the Florian Gate. From there the Royal Road leads through the Main Square to Wawel, the Renaissance palace-cum-castle.

Wawel Castle, a focal point of Old Town, was built in the early 1500s by King Sigismund I the Old. The city, however, had been established two and a half centuries earlier, in 1257, by Prince Boleslav V. During the middle ages, Krakow was Europe’s largest city and the proud capital of Poland. Its historical importance has been recognized by UNESCO, as it was one of the first sites chosen for the World Heritage List.

There’s a lot to see in Krakow’s Old Town, so to make sure you don’t miss anything — and still have energy to come back for some evening fun — take an antique horse drawn carriage ride!