Avenue of the Giants — Sounds of Silence in the Redwood Forest 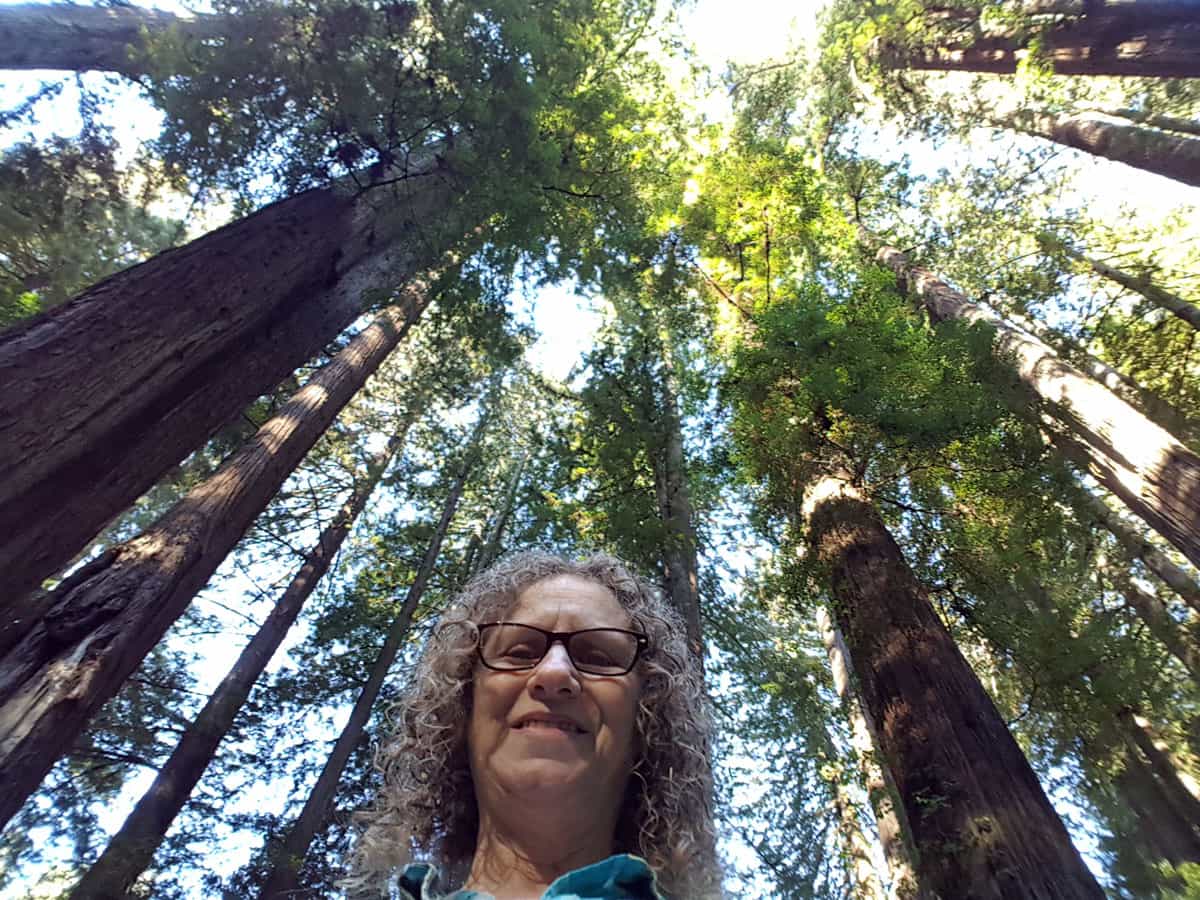 Linda Aksomitis on the Avenue of the Giants in the Redwood Forest.

While Paul Simon says he wrote the classic folk rock song, Sounds of Silence, in the bathroom with the lights off, the lyrics could have been inspired by a walk along the Avenue of the Giants in the Redwood forest.

In fact, Avenue of the Giants is the most solemn, silent place I’ve ever been. Beneath trees that blocked the sky, no wind stirred the air–and not a single bird tweeted to break the silence.

I only dared to whisper.

Road Trip to Drive the Avenue of the Giants 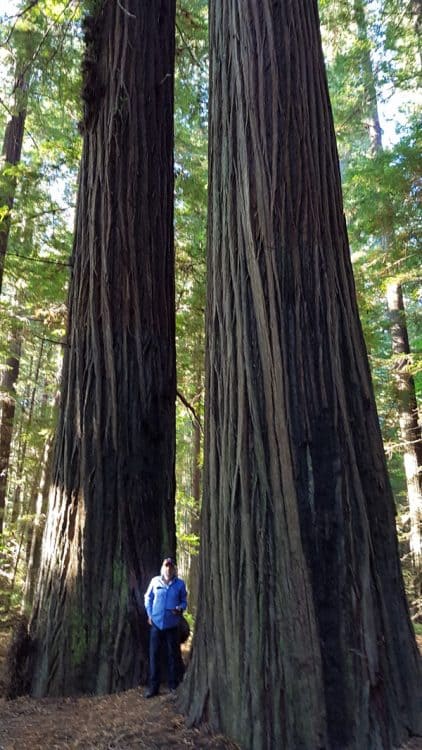 David Aksomitis on the Avenue of the Giants in the Redwood Forest.

Our fall road trip started out with the single goal of taking one of our top bucket list items off the list–seeing the giant redwoods on the California coast. Well that, and speeding around the curves on the famed California Coast highway.

The Avenue of the Giants is a 31 mile long corridor in Humboldt Redwoods State Park that alternates between a thick grove of giant redwoods and hardwood trees such as maple, alder, and hemlock, as well as spruce. We started at the North end, following the turn sign onto Old Highway 101, which paralleled the newer, wider Freeway 101.

Leaving the sunny morning and cloudless sky behind, we drove into a twilight world beneath the canopy provided by the redwoods. It felt surreal.

But it was even more surreal when we pulled over to get out and walk a mile or so into the forest. 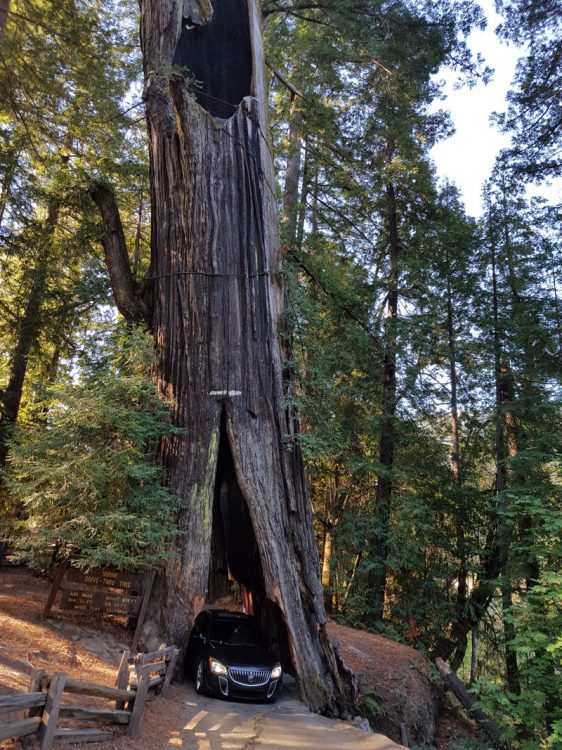 2014 Buick driving through a redwood tree on the Avenue of the Giants in the Redwood Forest.

Giant Redwoods in Avenue of the Giants

There are 51,222 acres of redwood groves in the Humboldt Redwoods State Park. Many people camp at one of the 250+ camp sites in the park, enjoying the 100 miles of hiking, biking, and riding trails in the forest.

Rockefeller State Forest has some of the most popular trails, since it’s home to the the 8th, 6th, 4th, and 2nd tallest trees, and the “Champion Coast Redwood” at 370 feet tall.

The giant redwoods aren’t like the neck of a giraffe either, long and skinny. Rather, they’re tall and very thick. The Champion Coast redwood is 17 feet in diameter and 52 feet in circumference. How much does something that big that weigh? Well, they’re guessing over a million pounds.

If you’re like me, you can imagine a tyrannosaurus or brontosaurus wandering through these giants. However, they actually didn’t appear until after the dinosaurs became extinct, so have only been around for 240 million years or so. Until five million years ago they were also found in Asia and Europe.

Science of the Redwood Forest

The scientific name of the redwoods is Sequoia sempervirens. The tallest trees on earth, they’re found along the coast of California and Oregon. The fattest, or widest, trees are their cousins, the Sequoiadendron giganteums, or Sequoias, that you’ll find further inland in the Sierra Nevada mountain range. General Sherman is the largest of this type of Sequoia. 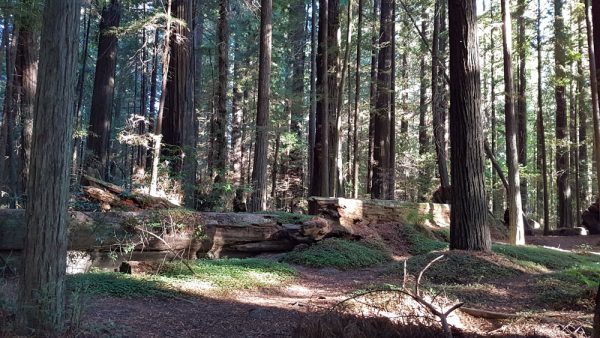 Fallen redwood tree on the Avenue of the Giants in the Redwood Forest.

Redwoods on the Avenue of the Giants can easily reach 300 feet high. While the oldest of the coastal redwoods is officially 2200 years old, foresters believe some of the forest is even older. Many that we see on the Avenue, though, are but babies of 50 to 150 years old.

Some other amazing redwood facts include:

But back to the sounds of silence. Do you remember October, 1964? I do–it was the year the rural schools closed, and we took the bus to Qu’Appelle for school. However, the building of the new school had been delayed, so my classroom was in the Town Hall. It had served many purposes since being built in 1906, including court house and library.

And here’s the original version of Sounds of Silence song from 1964, one of my favorite songs of the era.