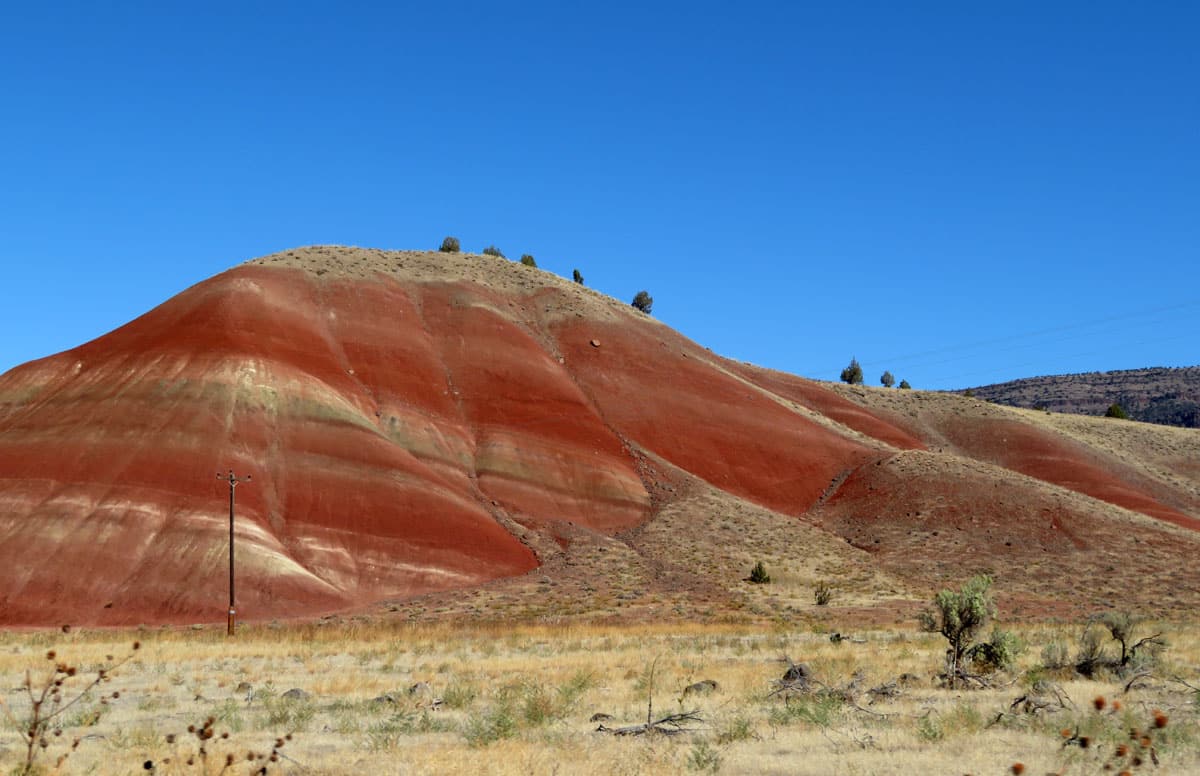 Some say the Painted Hills of Oregon are one of the seven wonders of Oregon. For us, they were one of the highlights of our 10 day road trip to see the giant redwoods on California’s East coast.

So what makes them distinctive?

You could say that Oregon’s Painted Hills are somewhat like a marble cake. However, instead of having alternating layers of chocolate and vanilla, its layers are variants of the primary colors of red, yellow, and blue that swirl throughout. What makes the hills even more fascinating is that light changes the colors. So, a new scene greets you not only at different times of the day, but also throughout the year. 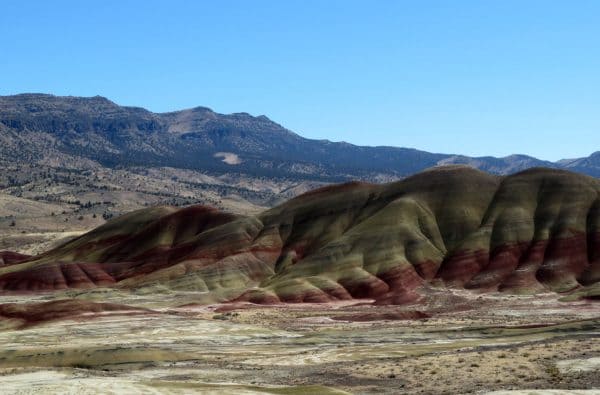 But if you’re like me, when you see something that’s so out of the ordinary, you have to find out why. As I suspected, the layers are geological timelines. The hills themselves are the result of volcanic activity along with soil erosion and shifting. The oldest rocks here are 40 million years old, and were created from mud flows, lava flows, and ash tuffs.

Most of the landscape was created 34 to 36 million years ago, also from lava flows. Many of volcanoes in this range spewed out light-colored rhyolitic ash high in silica (70%), rather than the black coal-like lava rock we saw in other parts of Oregon. These layers of course, now look creamy or yellow. Iron oxide creates the spectacular red colors, while the green colors may indicate the clay celadonite (blue), the zeolite clinoptilolite (yellow) or reduced iron. 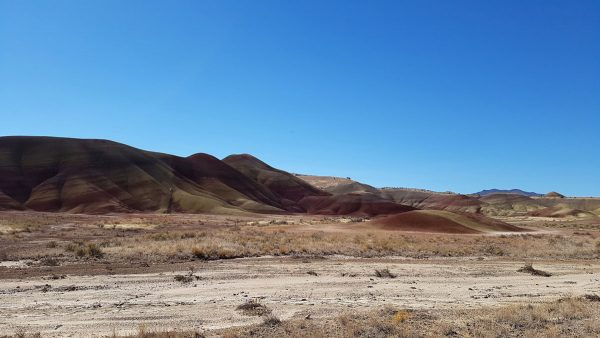 Hiking Trails in the Painted Hills

The Day Fossil Beds National Monument lies along a tributary of the John Day River known as Bridge Creek. While we only had time for a short walk, the area is open for hikers with several trails that get you close to some stunning views.

Due to the vast destruction that the volcano eruptions caused in the area millennia ago, there are a number of endemic plants only found in the Painted Hills. In April and May, you’ll see the white to pink flowers of Liliaceae, many-flowered perennial onion (Athum pleianthum) on the sticky, clay soils at low elevations. 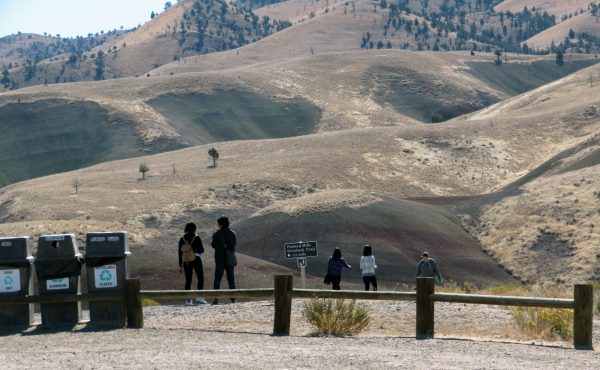 The Painted Hills are nine miles northwest of Mitchell, Oregon, a tiny historic town on The Journey Through Time Scenic Highway. It’s well worth a stop to walk around. Ten dollars bought us each a huge–and delicious–breakfast of pancakes covered with strawberries and a side of baked ham, at the Bridge Creek Cafe. 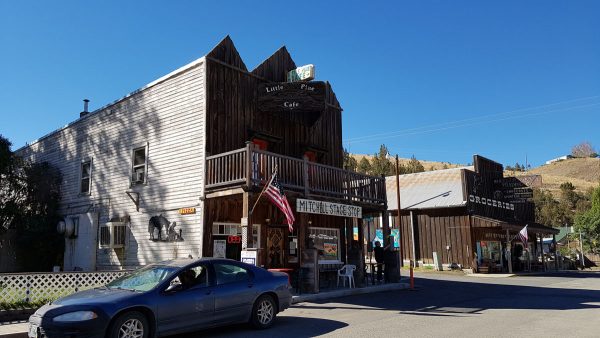