A Day at the Seaside

Sweden has many inland lakes and rivers — in fact they cover 10% of the countryside. So, it’s no wonder that some of the most scenic day roadtrips from Stockholm are to little seaside towns, like Strangnas. 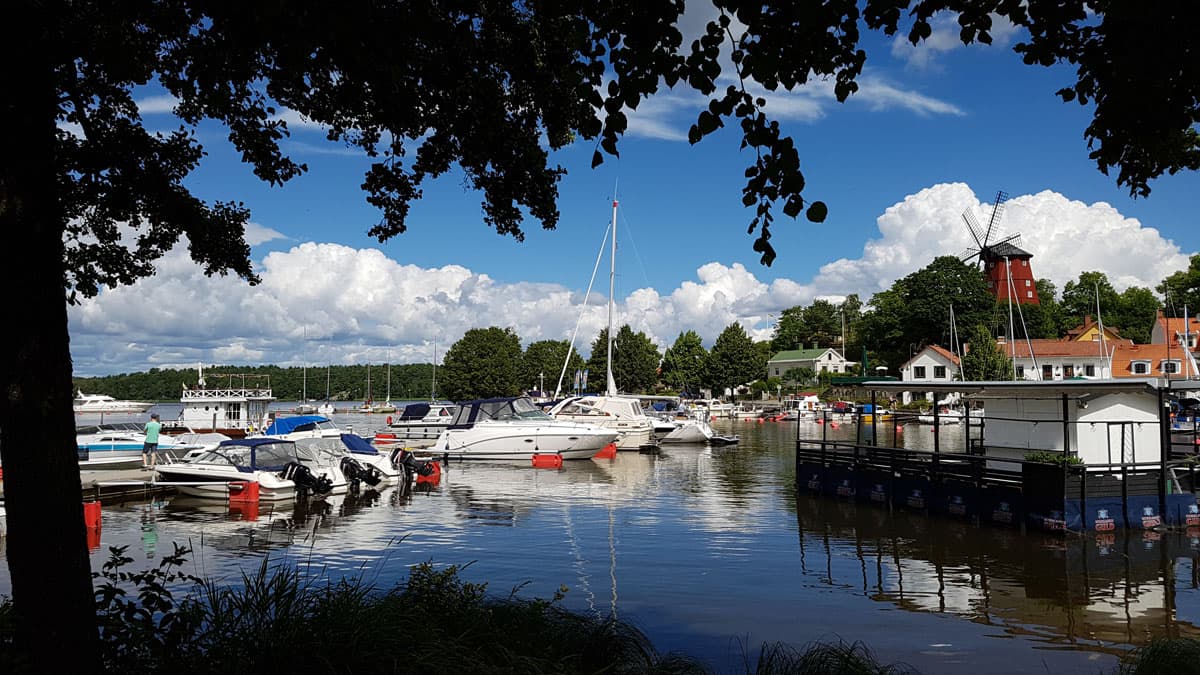 Strangnas is a picturesque town on Lake Malaren in Sweden.

We’d spent most of our time in Sweden in Stockholm, with just one side trip–a bus tour to Sigtuna, the oldest city in the nation. Our last full day, though, we decided to take a drive into the country and trade in the sea air for the pine scent of its large coniferous forests.

Renting a Car in Stockholm 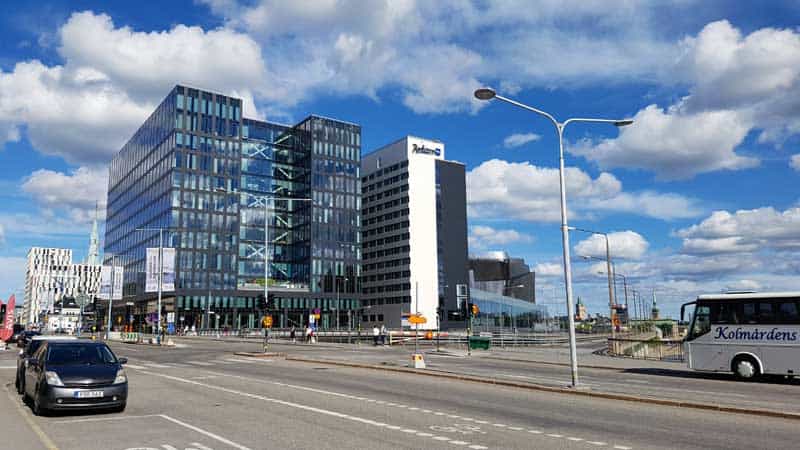 Getting a car in Stockhholm was easy, with a car rental right across from our hotel, the Radisson Blu Waterfront.

After ensuring we had a GPS unit, we set off through the city navigating the many roundabouts. While they eliminate the need for traffic lights, I still find them confusing! We’d selected a main thoroughfare, the European Route E-20, for its higher speeds and fast movement of traffic. The E-20 runs for 1170 miles west to east through Ireland, the United Kingdom, Denmark, Sweden, Estonia, and ending in Russia.

Our first stop off the E-20 was the Arsenalen Swedish Tank Museum — a fascinating look at the history of tanks and land warfare.

From Arsenalen, it was on to lunch. Our map showed the nearest location was the seaside town of Strangnas, so off we went. It was just a dozen miles further down the highway and as beautiful as one would expect. 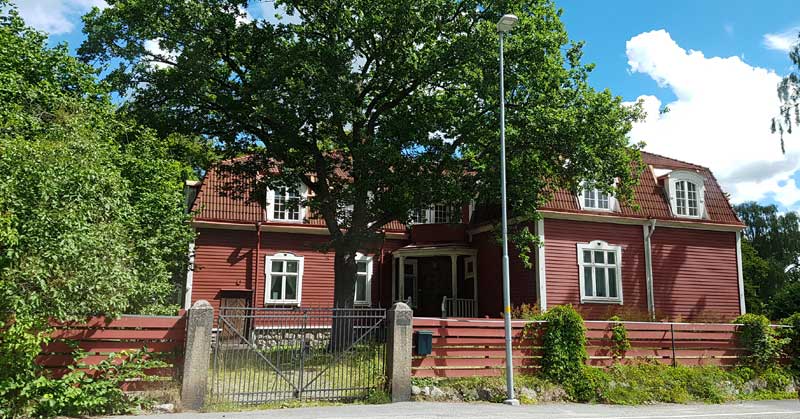 Strangnas is built on the shores of Lake Malaren, Sweden’s third largest lake. Around 1200 islands dot its 440 square mile area, along with historic towns along its jagged forested shorelines. 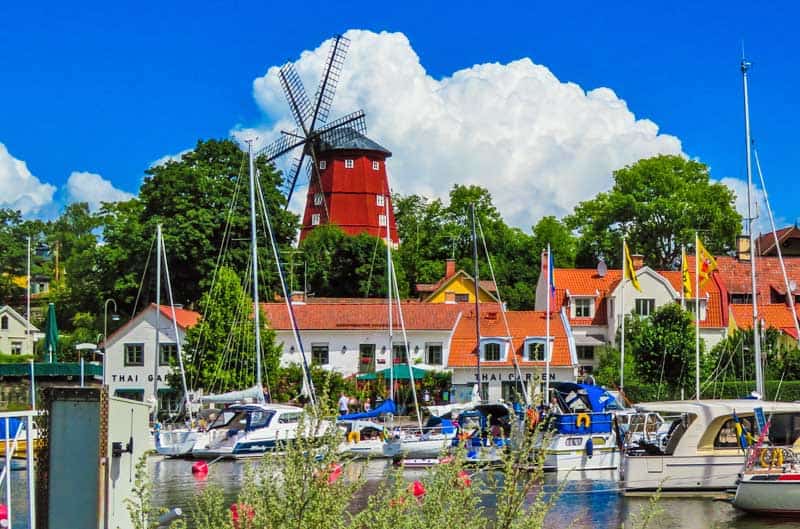 I loved the view of the harbour, especially the Dutch style windmill atop a hill that seemed to reign over it. The windmill was built in 1855, although several other mills had occupied the site from as far back as the 1630s.

Lunch at the Riva Bar & Restaurant 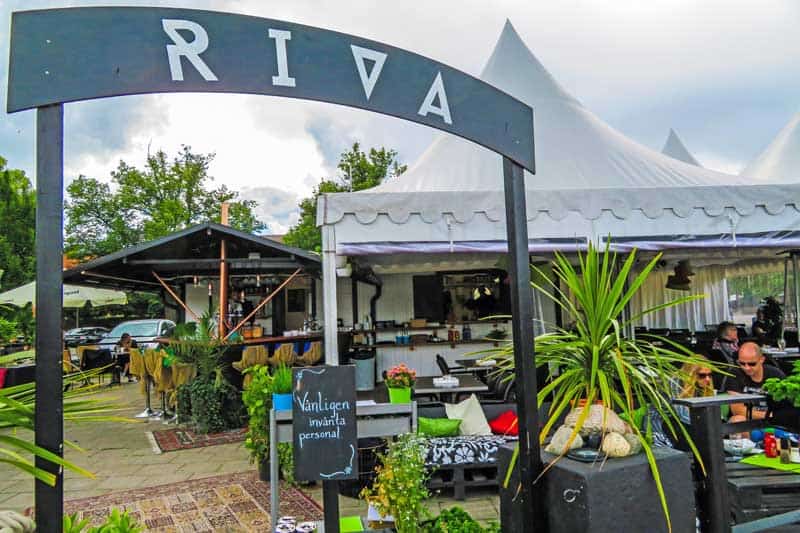 Lunch at the Riva Bar & Restaurant was delicious–the perfect turn-around-point of a day trip from Stockholm. 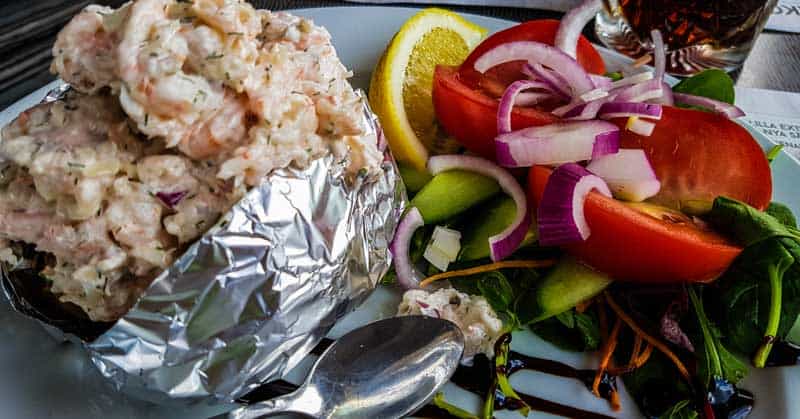 Seafood lunch at the Riva in Strangnas, Sweden.

The photo in the header above was taken by Linda Aksomitis, in Strangnas, Sweden. 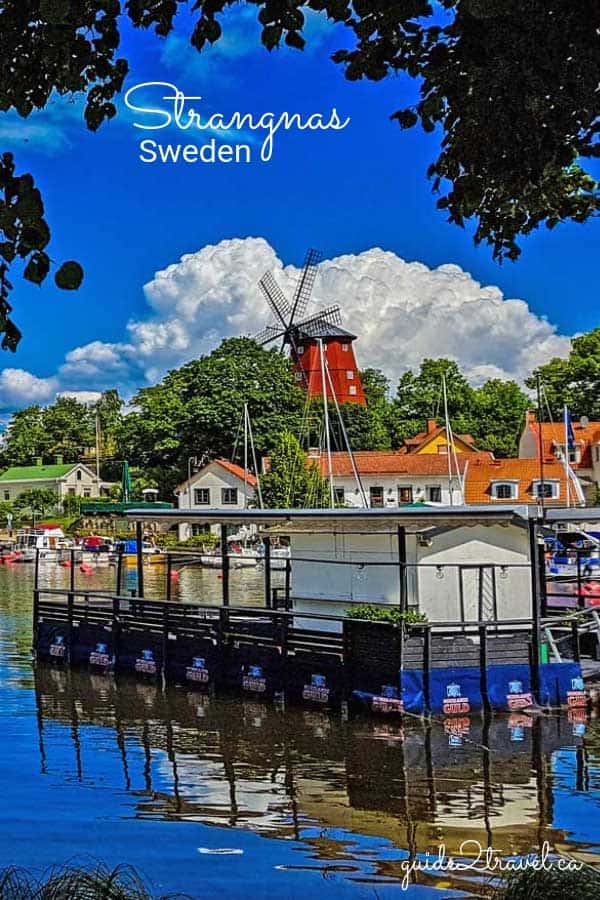 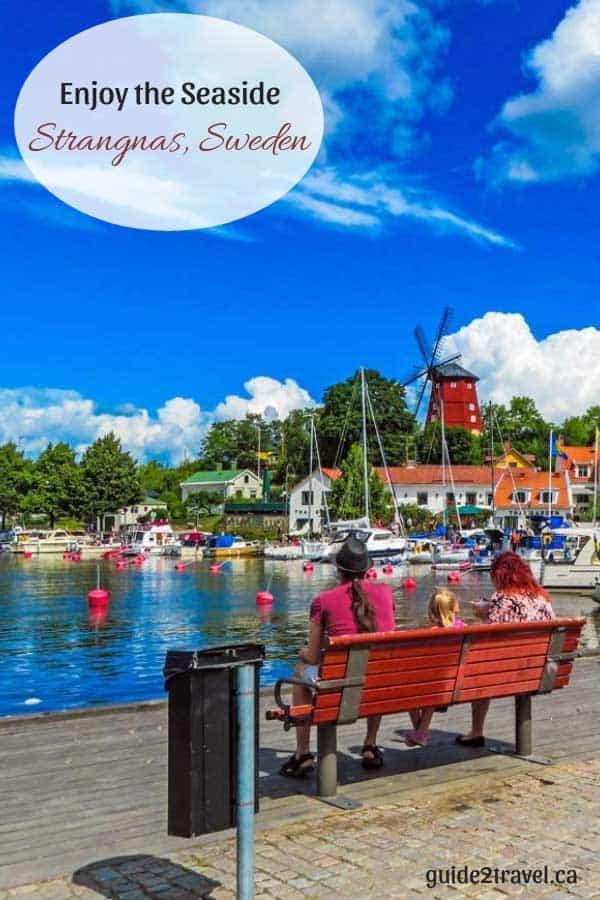