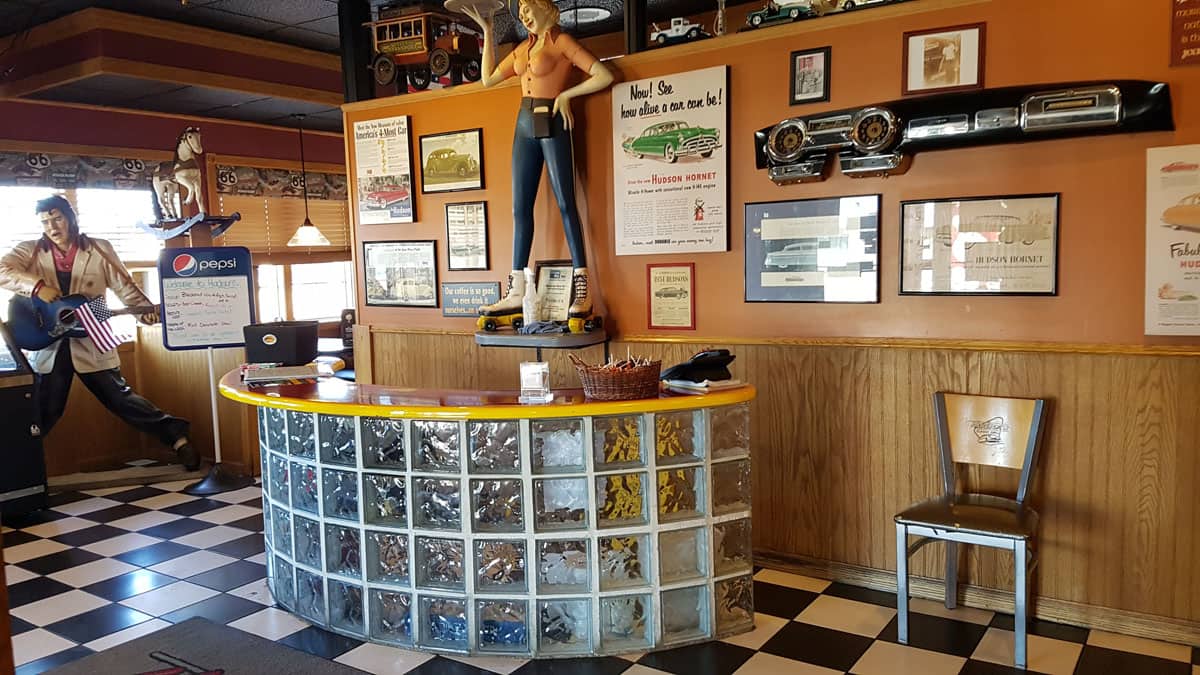 For the baby boomer crowd, there’s nothing that takes you back in time like finding a 50s theme restaurant — and as luck would have it, we ended up in Escanaba, Michigan, for my last birthday, just a block away from Hudson’s Classic Grill.

Hudson’s has the classic style of the 1950s right from the black and white tiles and red bar stools, to a life size Elvis Presley strumming on a guitar. A waitress on roller skates even stood over the counter! 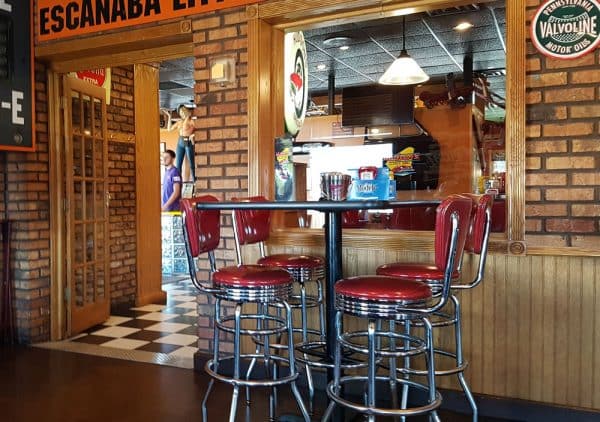 And if you remember the 1950s and 1960s, you know that roller skating carhops have a firm place in American pop culture from the era. However, even if you’re a millennial, you can get the carhop experience at the Sonic chain of restaurants today in the US, and Sonic even hosts an annual Sonic Skate-Off competition to find the most skillful skating carhop from its 3,500 drive-ins nationwide.

The only waitress on skates at Hudson’s restaurant, though, was the mannequin. But we did have some flashback beer prices (at least for Canadians!), since a 22 ounce chilled mug full cost just $4. Instead of birthday cake, I had a slice of delicious pumpkin pie. Dinner doesn’t get any better! 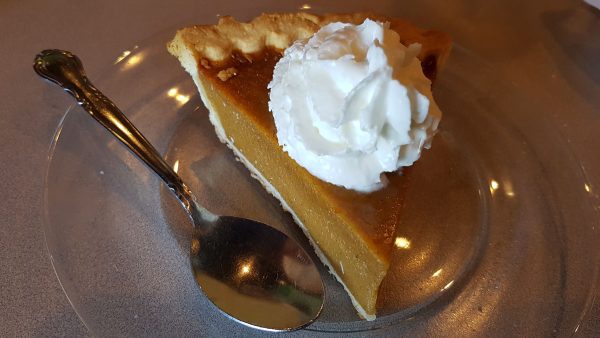 As we always do on birthdays, it was a time to think about the many things that have changed besides the price of beer. This infographic on the evolution of the US household does a great job of summing it all up. Click here for the full-size view.

Dollar values have been adjusted for inflation, so a dozen eggs in the 1950s was the equivalent of $5.29. Wow! In the 1960s, families ate an average of 23 pounds of chicken annually, compared to nearly triple that number in the 2000s, at 67 pounds. In the 1980s red meat was king on the dining room table, with the average family consuming 121 pounds annually. What came as a big surprise, for me anyway, in the area of food was that 41% of family meals in the 2000s were eaten in a restaurant.

What’s your biggest surprise in these stats?