Bonneville Salt Flats has been the single-most popular spot in the world for speed-crazy men and women for more than a century. In fact, most of the world’s land speed records between 1935 and 1970 have been set on the “salt.”

It’s hard to imagine the Bonneville Salt Flats in Utah until you see them — mile after mile of landscape so flat a giant could have taken an enormous leveling tool and dragged it over the salt covered plain. The Silver Island Mountains follow them, jutting up along what was the bottom of Lake Bonneville more than 17,000 years ago. Desert heat eventually evaporated the lake water, leaving the flats behind. 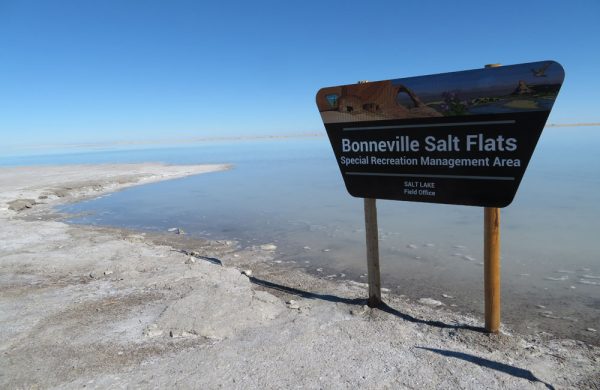 Of course, what better place is there to see how fast you can go than somewhere without even a cactus, never mind a rock, to get in your way? And when it comes to going fast, pretty well every baby boomer either owned a muscle car or had a best friend who did. Our list included a couple of great ones, my favorite being a 1973 Road Runner.

Although we didn’t get to see the racing at Bonneville Salt Flats in those years, we certainly watched a lot of famous speed runs on television and read about the records in dozens of different magazines. 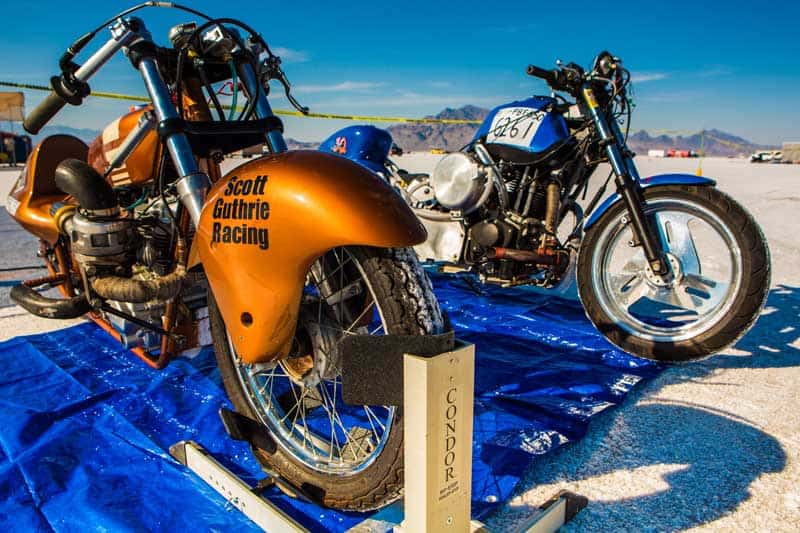 But speed runs at the Bonneville Salt Flats started long before the muscle cars of the ’60s and early 70s. Nearly 110 years ago, Bill Rishel and two of his business partners drove a Pierce-Arrow across the salt in 1907. The year before, the Western Pacific Railroad, had managed to lay down tracks over the hard surface of the salt flats. The first motorized vehicle daredevil sped over the flats on a motorcycle in 1913.

Teddy Tetzlaff made the first official speed run on the Bonneville Salt Flats in 1914, setting a speed of 142.8 mph. The Bonneville Speedway, though, as a section of the flats near Wendover, Utah, came to be known, didn’t really get started until the 1930s. But after that, its popularity flew, along with the many different ways the daring set out to make and break records.

Video description from YouTube: Thanks to PackardGuy – This was filmed in September, 1932 at the Bonneville Salt Flats. Ab Jenkins is testing the new, 1932 Pierce Arrow 462 cubic inch V-12 in a 24-hour endurance run. His average speed was 112.91 mph.

The Bonneville Speedway is easy to find and get to, since it’s just off of Interstate 80 that runs across Utah. I-80 is an amazing stretch of road, running a full 50 miles across the Great Salt Lake Desert without so much as a tiny curve. 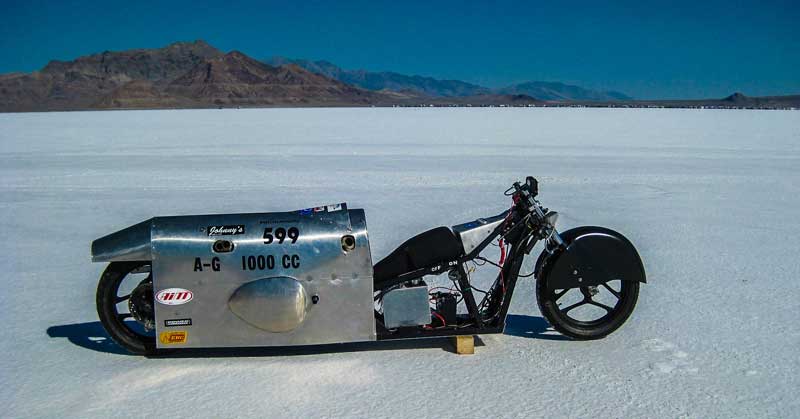 We took Exit 4 off of I-80, east of Wendover, and followed the narrow paved road about five miles into what appeared to be nothingness until we could see a handful of vehicles parked where the road hit a dead end. No grandstands. No barriers or pylons. In fact, only a couple of signs marked the spot where some of the biggest names in the world of speed records have made their marks.

Some things really don’t need much of an explanation though. For me, I could readily imagine the roar of engines and the green flag dropping to start a run.

There are a number of Land Speed Racing events held every year at the Bonneville Speedway, with Speed Week running for six days in August. Everything races there: hot rods, roadsters, belly tankers, lakesters, motorcycles, streamliners, and even diesel trucks! 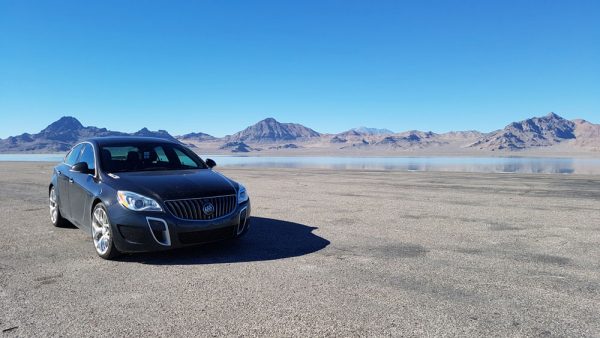 You may be wondering why the races are in August, since it’s still pretty darn hot in the desert at that time of year? Part of the reason is to do with the flats themselves. During the winter the salt flats are covered with an inch of water — driving on them damages the increasingly fragile surface below. Of course spring and fall can also bring flooding, with the heaviest rains creating mudslides that also damage the surface.

In fact, the surface of the salt flats are endangered, so various programs have been initiated to ensure future generations can also see the great white desert. The Utah Alliance to Save the Salt has done a number of important things to protect it.

For those of us who grew up watching top speeds increase to 200, 300, even 400 miles per hour with piston-engined machines, it’s time to move the Bonneville Salt Flats to the top of the our bucket lists.

While I always think of Bonneville as just for motorsports, a few other records have been set on the salt. The one I found the most interesting was the 2018 record on a bicycle! Yup, a bicycle.

It had help, though, since it was a paced bicycle land speed record. So, the bicycle was riding in the slipstream of a dragster. But even so, who really wants to go nearly 300 kph (183.932 mph or 296 km/h) on a bicycle? Well, Denise Mueller-Korenek, a 45 year-old mother of three, got ‘er done.

And while this may sound like a new sport, it isn’t. In fact, in 1899, cyclist Charles Murphy rode behind a locomotive to get up to 60 mph. Now that’s crazy!

More Things to Do in Utah

The photo in the header was taken at the Bonneville Salt Flats International Speedway in Utah, USA, by Linda Aksomitis. 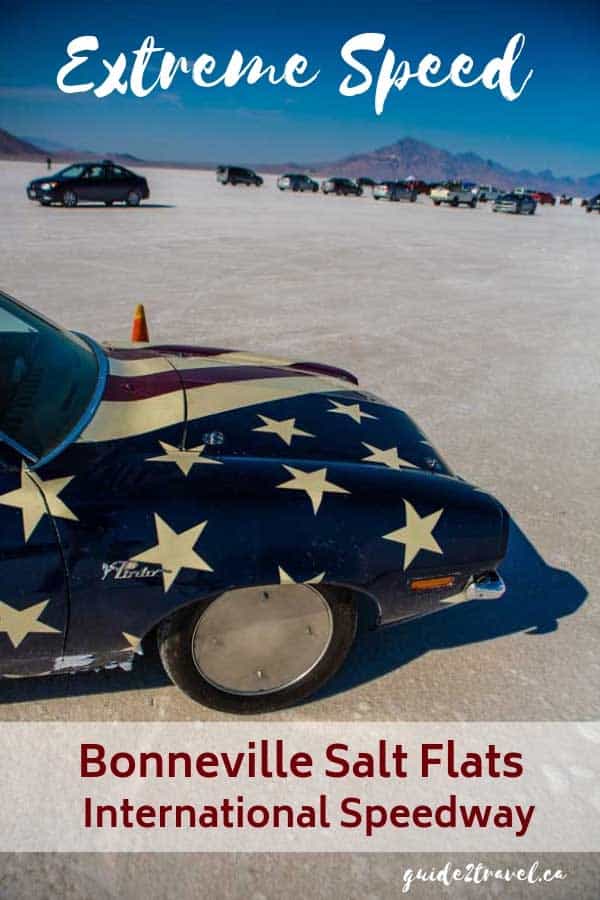