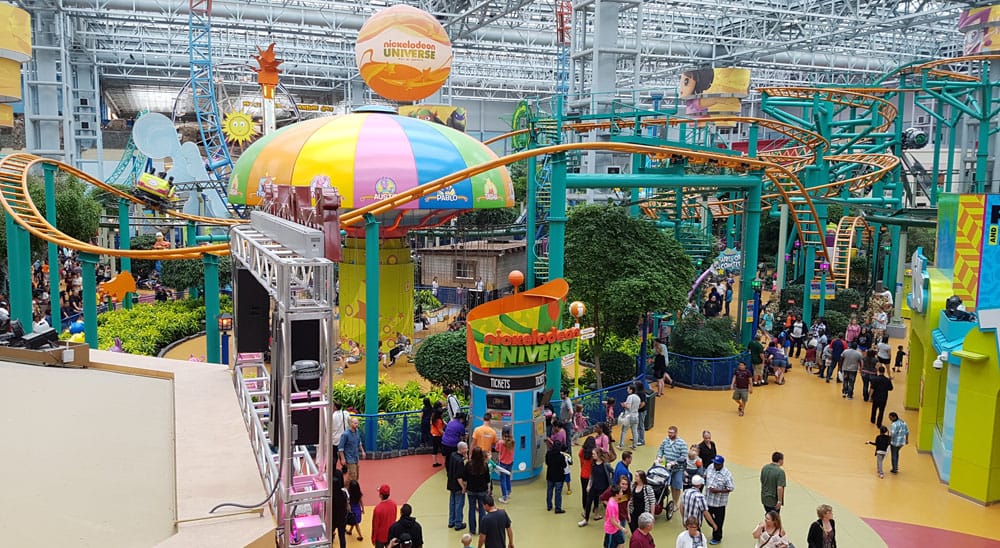 Mall of America in Bloomington, MN

Shopping doesn’t have to be stressful — in fact, it can be just one part of a great getaway in Minnesota. Located just 15 minutes from downtown Minneapolis and St. Paul, Bloomington’s Mall of America® is a destination with tons of things to keep every member of the family happy.

Of course, everyone has a favorite spot, and mine was Legoland in the Nickelodeon Universe® that occupies the whole center of the mall. 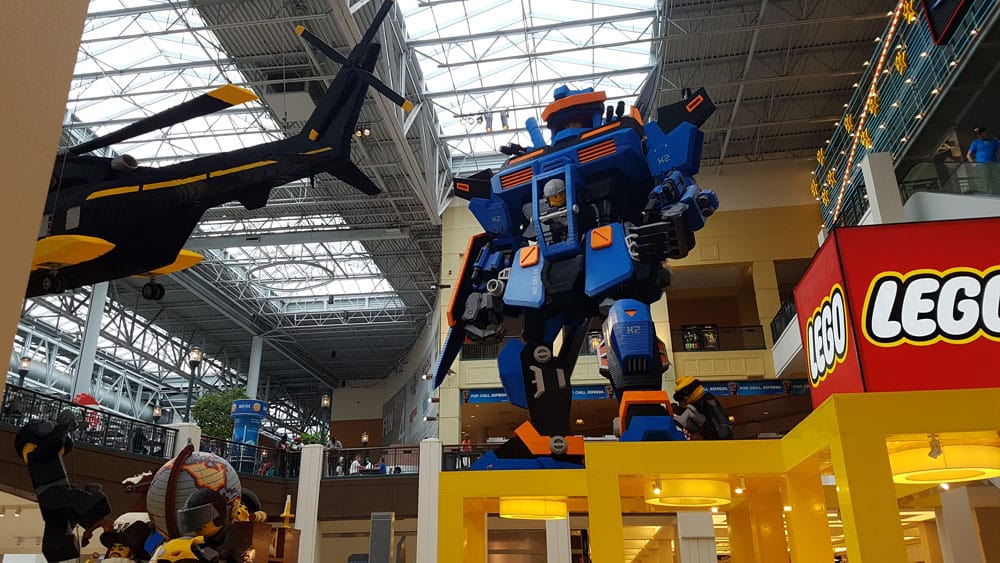 Lego robot or transformer at Mall of America in Bloomington, MN.

The Legoland feature giant blue robot reminded me of the transformers our boys had when they were small. Truly a giant at about 34 feet high, he towers over the other lego constructions. Apparently, he’s the only one of them that has a frame inside — the rest are all made completely from legos.

In addition to Legoland, Nickelodeon Universe®, is full of things to do. As you’d expect in the Nation’s largest indoor theme park, the rides range from scary through to not-so-scary with names like Mutant Masher and Bubble Guppies Guppy Bubbler. In total you’ll find nearly 30 rides and attractions featuring many iconic Nick cartoon characters. I even ran into Sponge Bob, Squidward, and the Backyardigans. There’s also live entertainment, like this acrobat who managed to twist in and around her hoop into all sorts of shapes. 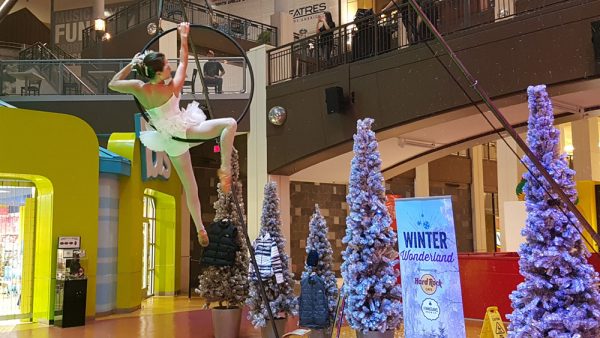 Acrobat at Mall of America

The Mall, even though it’s the largest in the United States, never rests on its laurels. In fact, its newest attraction is a 3-D experience, FlyOver America, that takes you sweeping across the country. It’s a spectacular experience that truly takes your breath away as you fly between canyons, over cities, and my favorite, snow covered peaks. Here’s more of the action from YouTube.

Once you’ve finished flying over America, you can also dip into the oceans with a visit to the SEA LIFE® Minnesota Aquarium. Opened in 1996, the Aquarium has seen many changes in its two-plus decades. The Shark Discovery center opened in 2016, swimming past visitors going through a 300 foot underground glass tunnel that makes you feel like you’ve entered the environment yourself. 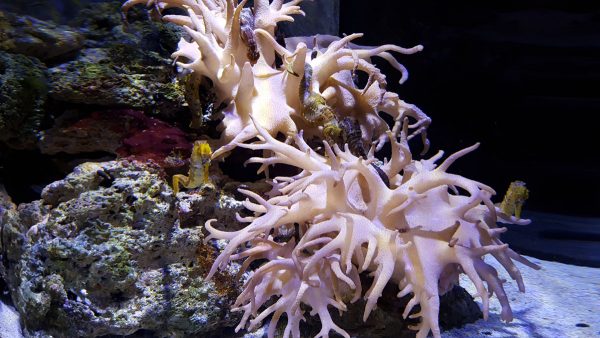 Sealife in the SEA LIFE® Minnesota Aquarium at Mall of America®

Shopping at Mall of America®

Of course visiting the Mall is all about the stores. As you’d expect in America’s largest shopping center, there are plenty to choose from — 520 to be exact. Four corner “anchor” stores that cover all three levels help keep things from getting confusing: Sears, Best Buy, Nordstrom, and Macy’s. However, it’s a long walk, even to just get through them. 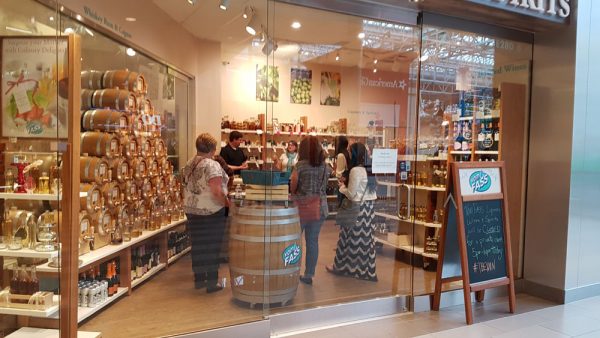 Plan on taking plenty of breaks unless you’re a true power shopper! You may find a stop at Vom Fass, and their daily tasting sessions (we tried some imported whiskeys), works as an energizer.

Plenty of dining options are scattered throughout the Mall too, ranging from popular fast food such as A & W and Long John Silver’s, to gourmet burgers at Burger Burger or fajitas and Happy Hour on the fourth floor, Cantina #1. 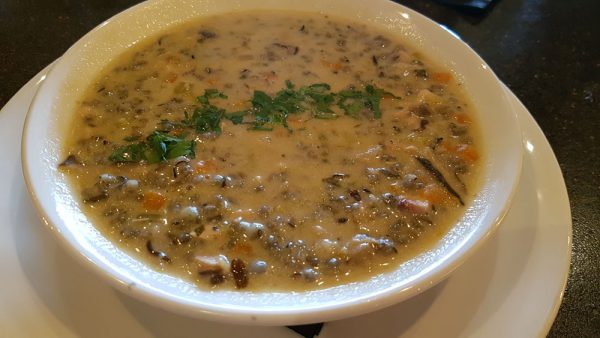 Our favorite meal, however, was in the FireLake Grill House and Cocktail Bar at the Radisson Blu where we stayed. Their chefs use local Minnesota ingredients, so I tried the wild rice soup — delicious, and a satisfying meal with just one big bowl full! In addition to the Radisson, which is attached to the Mall, you’ll also find the JW Marriott Mall of America.

There are, however, dozens of nearby hotels in Bloomington. Many of them even provide free shuttles to and from the Mall.

If you’re driving though, there’s plenty of free parking at the Mall. Wonder if your favorite store is in the mall? You can check out the store directory here.