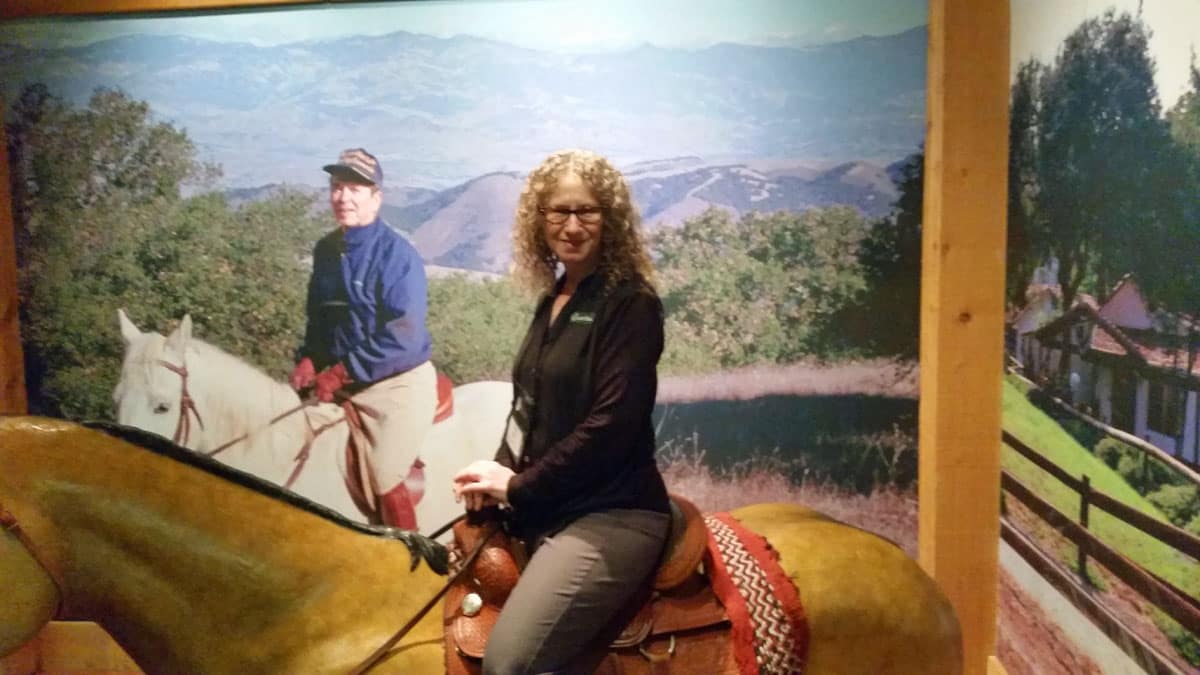 Ronald Reagan, 40th president of the United States, was America’s oldest president, and some might say brought one of the most colorful personal histories to the White House.

Indeed, acting in 50+ films, over nearly three decades, seems an unlikely career choice for someone destined to rule a country in the midst of what was one of the longest, tensest, military and political periods in modern history — the Cold War. But that was what Reagan brought to the country when he launched his political career with the October 27, 1964, “A Time for Choosing” speech he gave supporting Republican Presidential candidate, Barry Goldwater.

Read or Listen to the Speech: A Time for Choosing

Click here to read or listen to Ronald Reagan’s speech, A Time for Choosing. 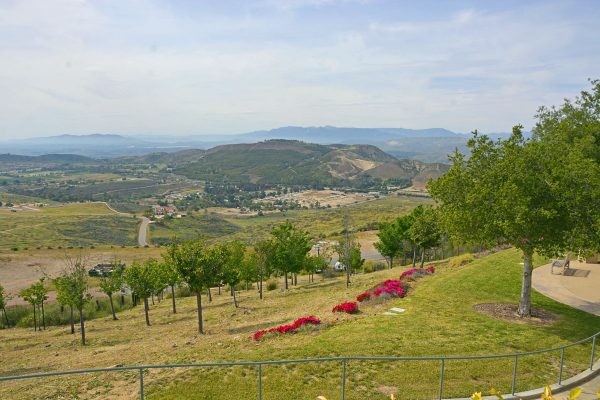 The Ronald Reagan Presidential Library & Museum is situated in Simi Valley, halfway between Los Angeles and Santa Barbara, on the California Coast. While Reagan was born in Tampico, Illinois, his first political posts were as Governor for California from 1967 to 1975.

Today, Reagan, and his wife, Nancy, rest peacefully on a hillside facing the sunset over Simi Valley, at the Presidential Library. Find the best deal, compare prices, and read what other travelers have to say at TripAdvisor about the museum. 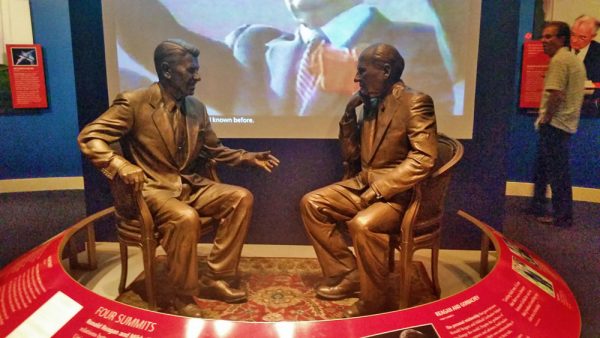 Statues of Reagan and Gorbachev at a Summit

The Museum has a number of permanent exhibitions, but my favorite was the Berlin Wall. Growing up as a child at the end of the Cold War, I remember only too well the global fear that a bomb would fly around the world and blow us up. In fact, Reagan is credited with being one of the most important people in helping to end the nearly 45 years of conflict and bring down the Berlin Wall in 1989.

After exploring Reagan’s role in making those changes, I also visited Germany the following summer and walked along the part of the original Berlin Wall that still remains. It was a somber moment, for sure. 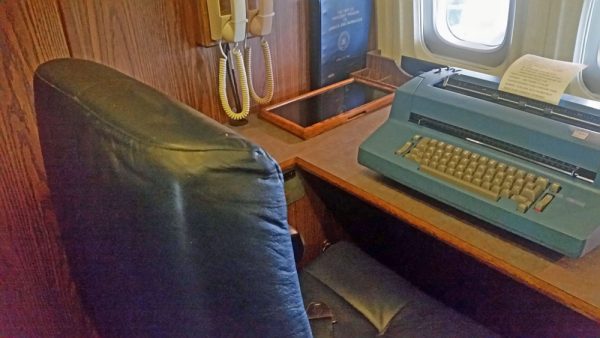 President Reagan’s desk and typewriter while flying on Air Force One.

Another part of Reagan Library that I enjoyed was the Air Force One Permanent Exhibit. It was amazing to walk through the Air Force One plane that flew Reagan over 660,000 miles – to 26 foreign countries and 46 U.S. states – changing the world as we know it. I could only imagine how thrilling it would have been to be one of the 10 press members allowed on board each flight (they paid a regular fare + $1)!

The Oval Office, restored to what it looked like in 1989, during Reagan’s presidency, was also great to visit.

Outdoors, I loved the statue of his favorite horse (El Alemein, a Thoroughbred – Arabian cross stallion), which was a gift from Mexican President, José López Portillo. Of course, since I grew up on a horse ranch, that was to be expected. 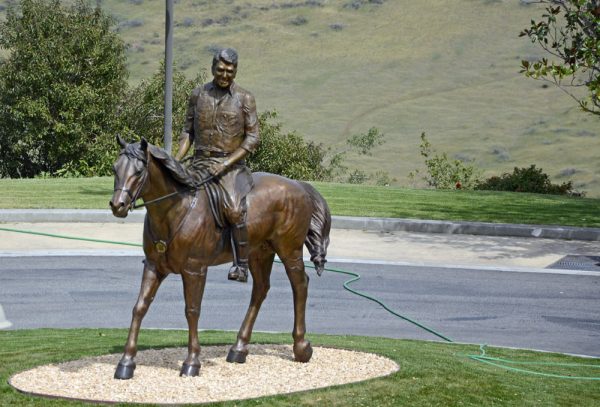 Bronze statue of President Reagan on his horse, El Alemein, at the Reagan Presidential Library in California.

Just in case you won’t be in California in the near future, here’s a YouTube video that will take your through the Presidential Library & Museum.

Video: Inside the Reagan Library

For more information on visiting The Reagan Presidential Library, click here. Find the best deal, compare prices, and read what other travelers have to say at TripAdvisor about the Museum.

My visit to the Reagan Presidential Library & Museum was hosted during the NATJA 2016 travel writers conference in Oxnard, California.