The mountain top Ibulao Bed & Breakfast Restaurant in Kiangan, in the Philippine municipality of Banaue in Ifuao province, is about as close to paradise as you can get — especially if you love thick, verdant greenery and flowers as far as you can see. With a year-round average temperature of pretty much 75 degrees, and rainfall of nearly 130 inches, this small community never runs out of growing season as we do here in Saskatchewan! 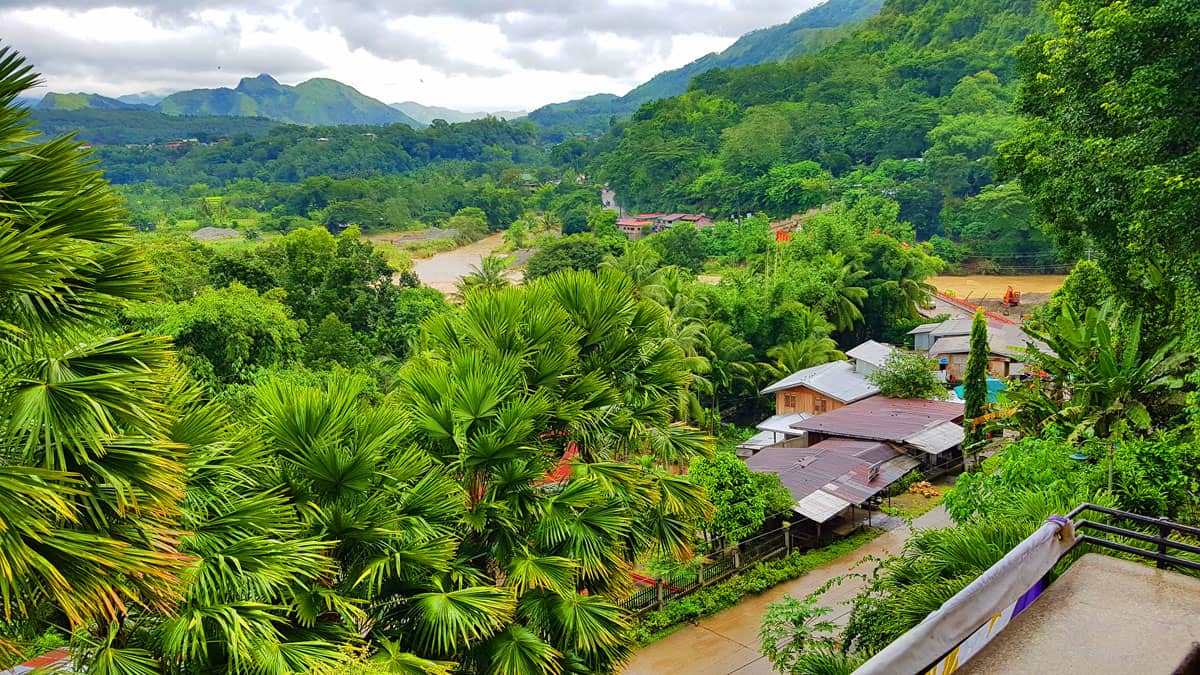 Visiting the Philippines was a grand adventure, with the Ibulao B & B just my first stop in Banaue Municipality. My group had flown from Manila to Cauayan, a tiny airport in Isabela province, then continued by bus to Banaue. For locals and visitors, there’s both bus service and jeepneys to provide transportation.

The road up to the B & B was steep, so steep in fact that we ended up getting some afternoon exercise walking up the narrow, winding roadway! That was fine with me as it gave me time to breath in the fresh mountain air after spending the previous four days in Manila. 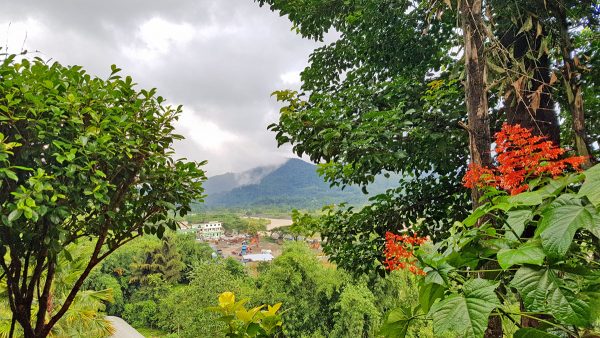 View of the town of Kiangan, in Banaue Municipality the Philippine of Ifugao.

From the mountain top, the town of Kiangan nestled below me in the valley. The oldest town in the province, its name comes from the ancient village of Kiyyangan, which is believed to be the dwelling of Wigan and Bugan, mythological ancestors of the Ifugao people.

Our host, a former USA-based Obstetric-Gynecologist, Dr. Roberto “Toto” Kalugdan, left California to practice here in Ifugao province in the late 1990s. The people and countryside swept away any thoughts of his leaving the area.