Clint Eastwood launched his acting career in 1959 when the television show, Rawhide, turned the cattle drives of the mid-1800s into a hit series that ran for eight seasons with 200+ episodes. And Sedalia, MO, was the historical cowtown destination with its stockyards and railway cattle cars that made it all happen. Today, Sedalia’s Trail’s End Monument celebrates that history. 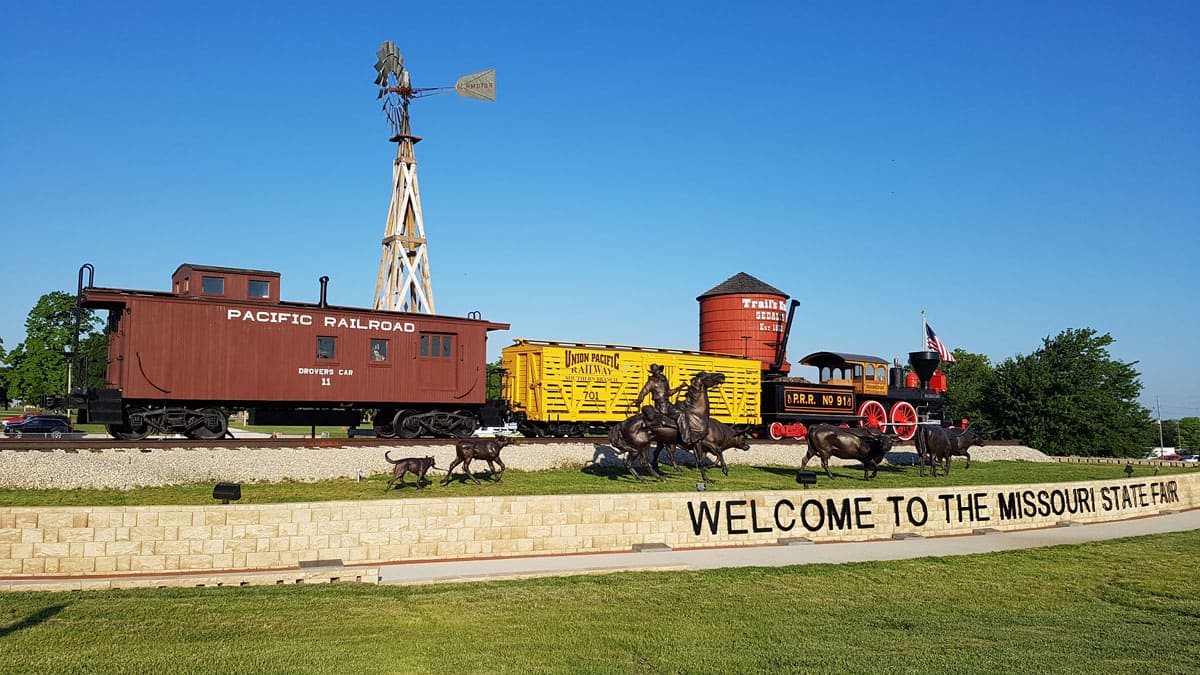 Cattle drives followed the Sedalia Trail (also known by a number of other names, such as the Texas Road and Shawnee Trail) from Dallas, Texas, through to Sedalia, Missouri. Sedalia was the Southwest’s eastern-most, earliest south-north trail.

Cattle sold for as little as $2 a head in 1860s Texas. Cattle drives, however, moved the herds to railroads to ship them directly to the big Eastern markets. How much did buyers pay for cattle in the East? (Click on the Tabs or arrows on your mobile device, above, to find out the answer!) 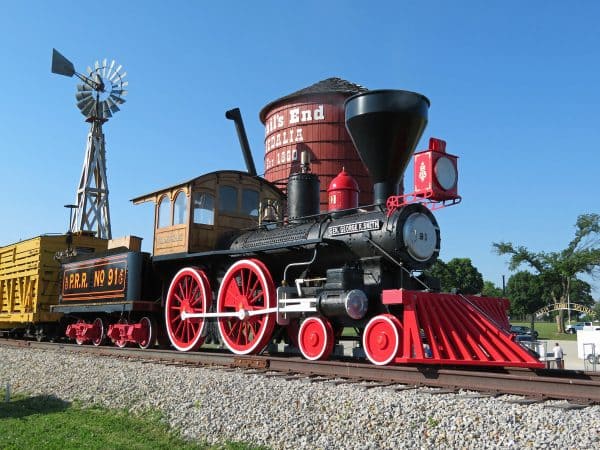 While cattle brought as little as $2 a head in Texas, Eastern markets paid as much as $40 or even $50 per head! (Source: Trial’s End History of the Pacific Railroad)

If you grew up in the 1960s as I did, you probably feel like you’ve ridden along on cattle drives from the show, Rawhide, and knew the handsome young cowboy, Roddy Yates, and Gil Favor, his trail boss. Unlike many old western movies though, the show was based on real life. The stories grew out of the diary of cattle drover, George C. Duffield, who kept a journal while following an 1866 cattle drive from San Antonio to Sedalia.

Remember the theme song for Rawhide? If you don’t, here it is. 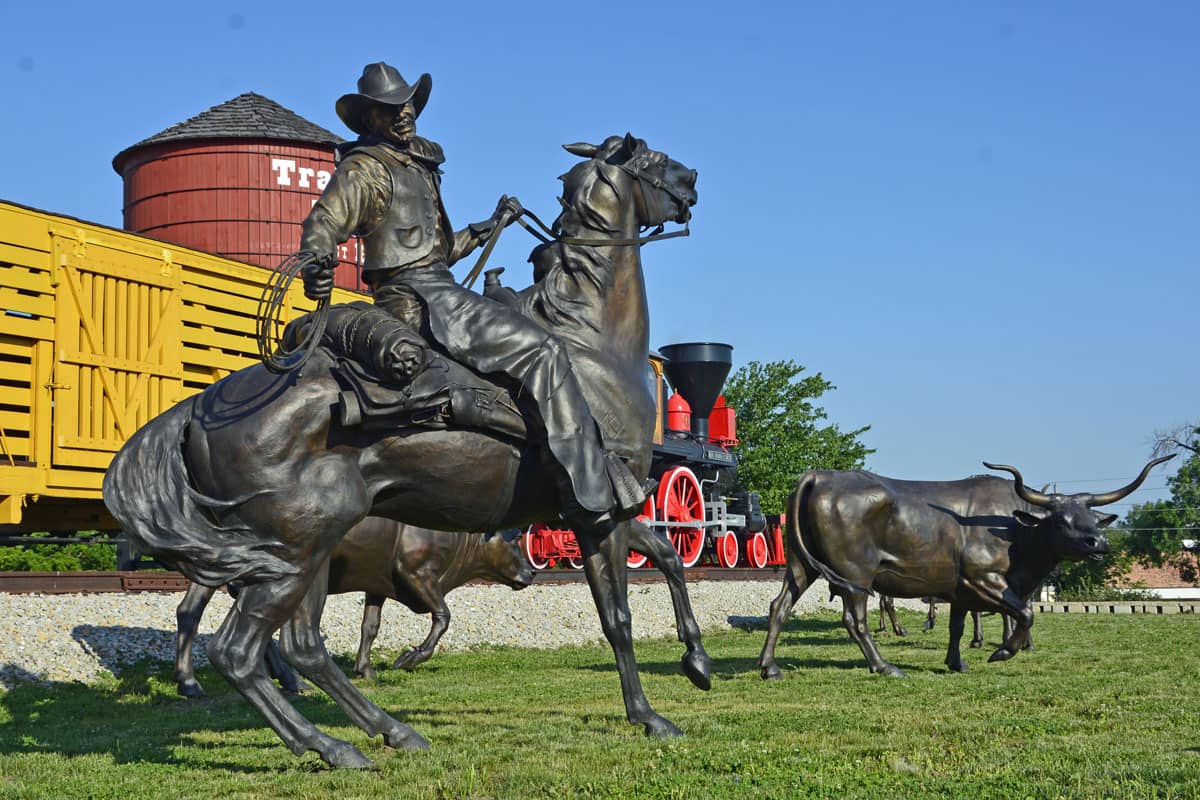 Bronze statue of cowboy and cattle in the Trail’s End Monument in Sedalia, Missouri.

The Trial’s End Monument was created by California artist, J. Michael Wilson. Many of his sculptures have featured people and horses, so he was a natural choice for the Trail’s End committee to commission.

My favorite part of the monument was the incredibly lifelike sculptures of the calf roper and five longhorn cattle. In addition to the statues, you’ll also find a drover’s caboose, which is one of only two in existence. The Rio Grand stock car was built in 1904 in St. Louis. It was moved from Alva, Oklahoma, then restored. The restored windmill came from Chicago and the tower out of Nebraska.

The locomotive is an 1865 steam locomotive replica, which has a functional smokestack, bell, whistle, and headlight.

Story of the Trail’s End Monument

Sedalia is a great little city to visit throughout the year, as well as during the Missouri State Fair. For more information on attractions see the Visit Sedalia website.

I visited Sedalia on a trip hosted by  the State of Missouri for a week of traveling along the Katy Trail in Missouri–I learned so much and visited so many friendly communities. Thanks to the Beenders-Walker group for organizing the trip and taking such awesome care of my needs along the way.