From the earliest airplanes flown in combat, through to planes with amazing stealth capabilities, the Hill Aerospace Museum is one of those “can’t miss” attractions when you’re anywhere near Salt Lake City. We saw the first signs for it several hundred miles before we arrived and were glad we had!

The museum covers about 30 acres on the northwest corner of Hill Air Force Base in Utah. You don’t, however, go onto the base to get to it, as we discovered on our visit. Our GPS directed us right up to the front gate of the Base where we were politely asked to show identification papers and surrender them until David drove around the gate and back out! The good thing about this, though, is that you don’t need a military Visitor Pass to visit.

So, back out to Interstate 15 (I-15) we went to take the next exit, which got us to the free parking lot, visitor center and hangars, and the enormous Douglas C-124 Globemaster II that’s pictured at the top of this page. Wow! David wasn’t much taller than its tires.

Admission to Hill Aerospace Museum is free, making it a popular attraction for families on holidays. Open daily, from 9 pm to 4:30 pm, there’s lot of time to explore on your visit — we spent about three hours to go through all of the exhibits. You can visit any time of year, as the museum is open seven days a week year round, only closed on Thanksgiving, Christmas, and New Year’s Day.

There are eight different exhibits that display about 20% of their 4000+ artifacts. So, the museum changes on a regular basis, making it exciting to visit year after year.

You start your journey through time with the Beginnings exhibit. A replica of the Burgess-Wright Model B Flyer occupies center stage here, taking you back to 1911. The plane itself, originally made by the first licensed manufacturer in the US, is 29 feet long and weighs a mere 1270 pounds. All I can say is that those early pilots were a lot braver than I am, when it comes to what they would leave the ground on!

We visit a lot of machine museums and usually find that the Cold War era planes are the most fascinating. That may be because we were children at the time and the visions of war were all too real with things like “duck and cover” practice at school, where we were all taught to curl up under our desks for protection at a bomb warning. Thankfully, the bombs never came, since there wouldn’t have been any protection under our desks anyway.

All of the planes in the Cold War exhibit are listed on the Hill Air Force Base website, so you can check out the details and see photos.

And if you want to see the beginnings of the jet age, the planes in the exhibit are listed here. 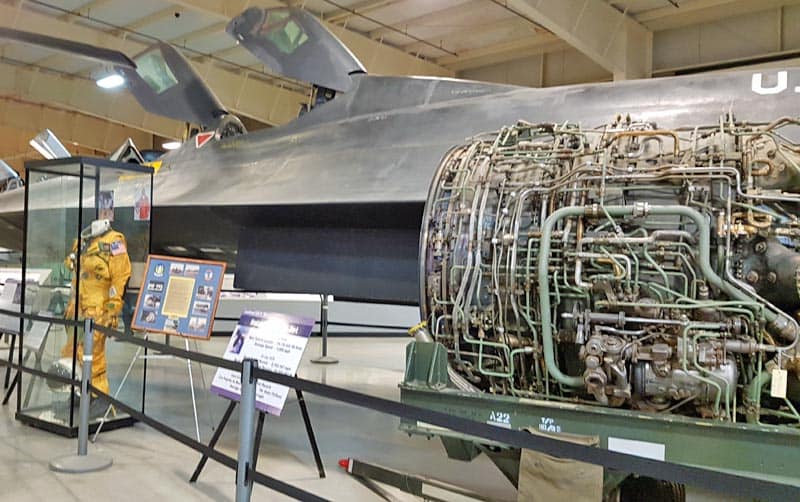 Hill Air Force Base was officially opened on January 12, 1940. Operations began at the base in November of that year. The base is named for Ployer Hill, who died October 30, 1945, testing the Boeing 299 (prototype of the renowned B-17 Flying Fortress). Piloting nearly every Army Air Corps aircraft between 1918 and 1935, this pioneer aviator was an engineer, aerial photographer and test pilot.

Check out the history of the Air Base on its website.

Getting to Hill Aerospace Museum

Get Museum information online at: http://www.hill.af.mil/Home/Hill-Aerospace-Museum/

The following map shows how to get to Hill Aerospace Museum from Salt Lake City.

The photo above was taken at Hill Aerospace Museum in Ogden, Utah, USA. 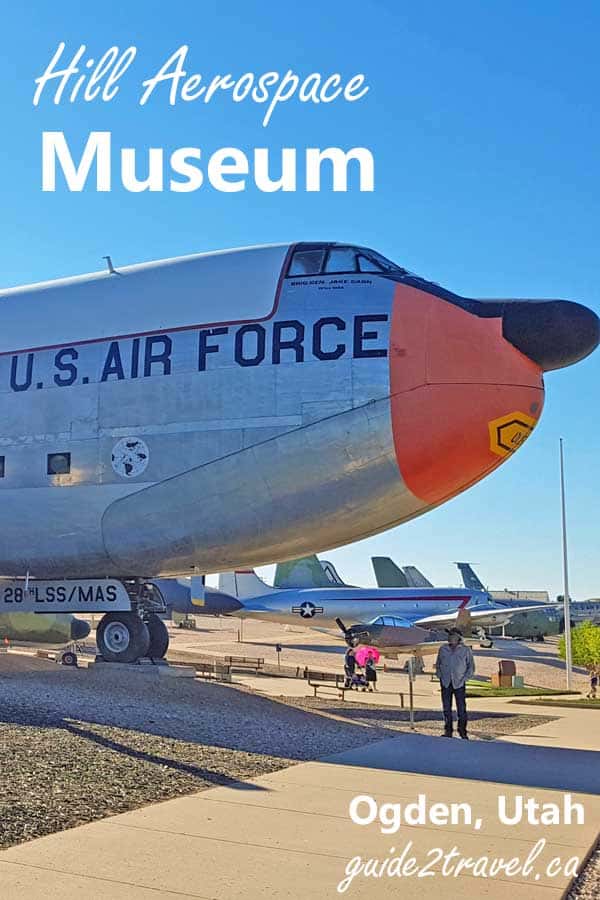 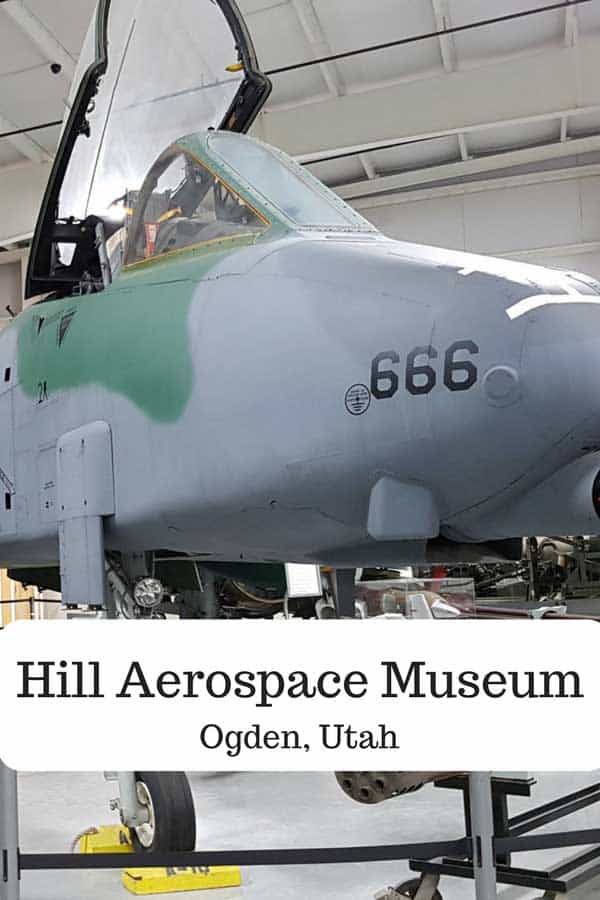