Speakeasies — those hidden nightclubs of the prohibition era — abounded in North America in the 1920s and early 1930s. Saint Paul, Minnesota, was no exception. And what better place to hide a speakeasy than in man-made caves hollowed out of a sandstone hill on the south shore of the Mississippi River? 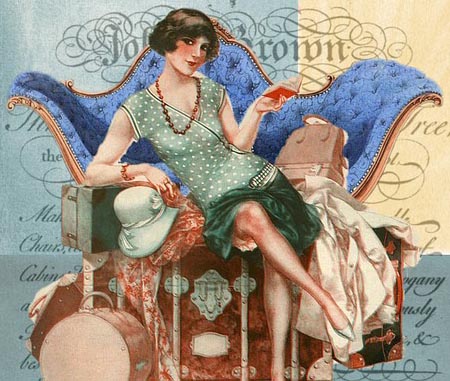 Woman in a speakeasy in the 1920s. Image from Pixabay.

The speakeasy that popularized the Washaba Street Caves in the ’20s might be the best known part of their history, but it wasn’t why the caves were created. In fact, the caves began life as silica mines. Then, in the 1890s, a trio of French men, Louis Lambert, Albert Mouchenotte, and Charles Etienne, arrived from France and started a business in them. What was the business? (Click on About the Caves above to find out!) 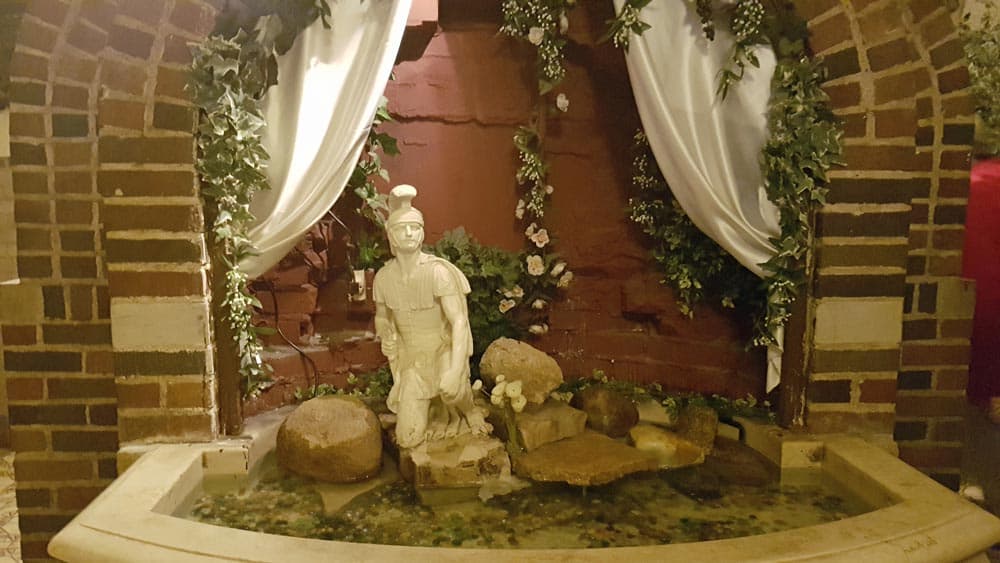 Inside the Wabasha Street Caves in Saint Paul, MN.

The Wabasha Street Caves, like many others used after silica mining ceased, provided the perfect place to grow mushrooms. In fact, the area is sometimes called “Mushroom Valley!” In addition to mushrooms, some caves were used for such things as aging cheese and beer. Local brewers were making and selling “near beer,” the legal non-alcoholic version of the banned booze. As it turned out though, the near beer was sometimes real beer.

All of these pursuits, however, fell to the wayside when Mouchenotte’s daughter, Josephine (Josie), married William (Bill) Lehmann and converted it to a nightclub. As prohibition drew to an end in 1933, the Lehmann’s went all out with refitting the caves to be a grand place to hang out, naming it Castle Royal. The cost? $150,000.

The Castle amenities included things still on display in the caves, like a lavish 60 foot bar, hardwood dance floor, a sculpture from a mansion garden. It even attracted big name bands, like the Dorsey Brothers.

When World War II hit, the caves once again went back to the mushroom industry. Then, Castle Royal II opened up as a spot to dance to disco from 1977 to 1981. One of the caves even became a storage room filled with debris, after the Mississippi River flooded some years ago.

No matter which part of their history you find most interesting, though, the caves are fascinating. The ceilings, as you can see in the photo above, are high — up to 20 feet. With room for 200 people to dine comfortably in the largest cave, it’s a favorite spot for weddings and wedding receptions. 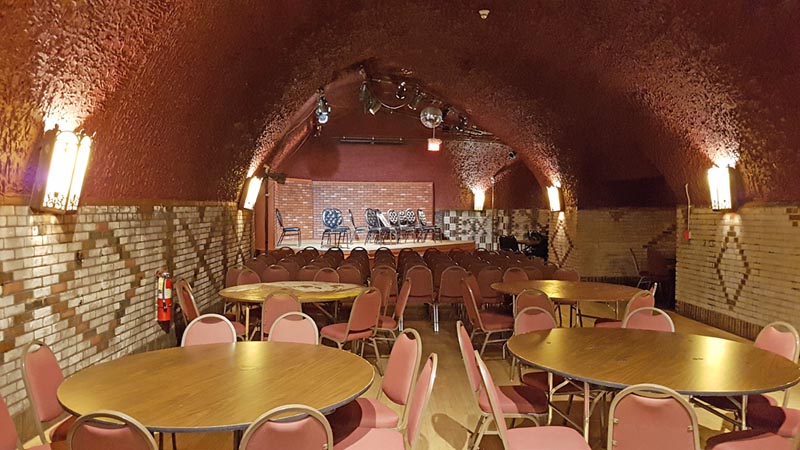 Inside the Wabasha Street Caves in Saint Paul, MN. 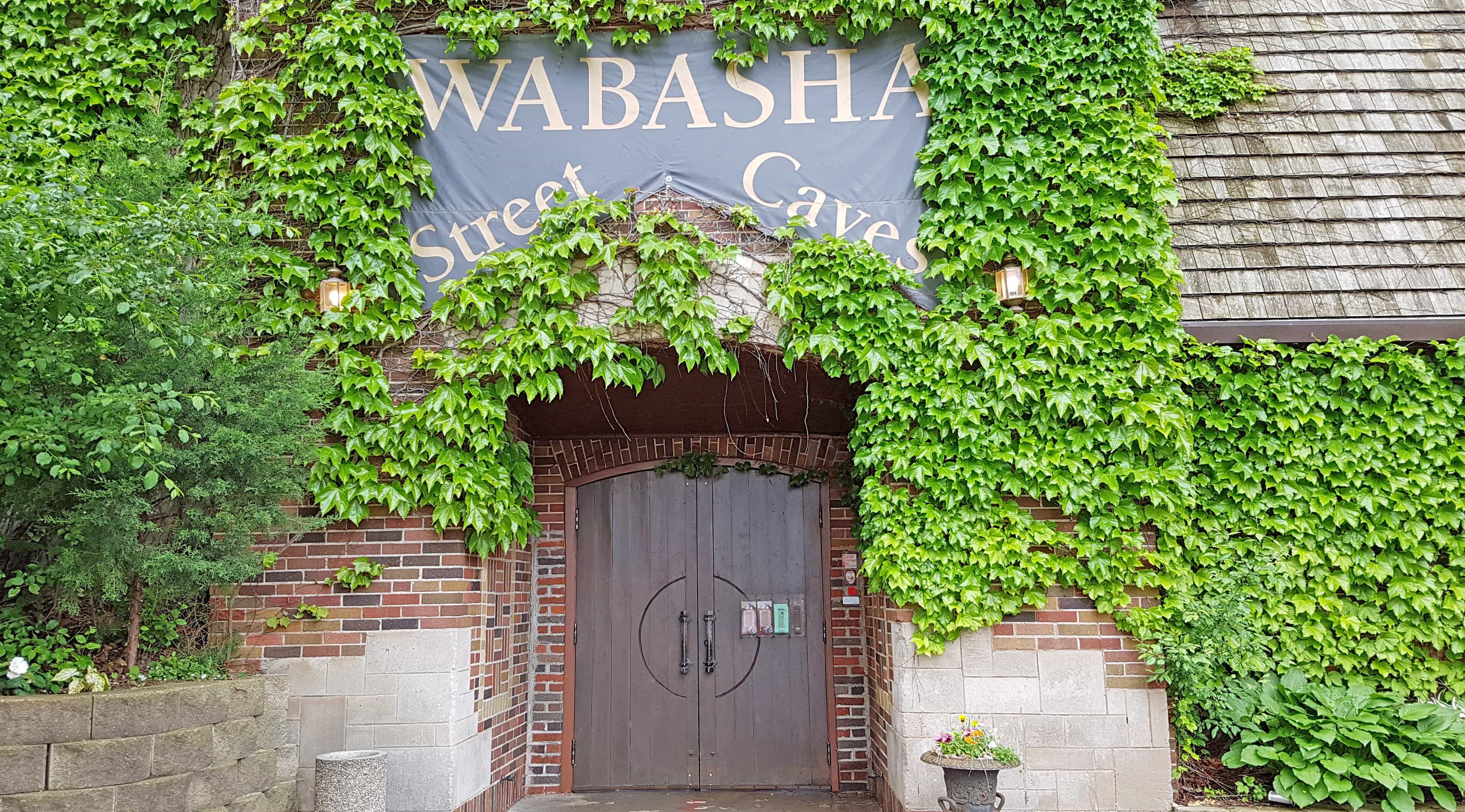 Many big names of the infamous variety also found their way to Castle Royal. The list included gangsters like Baby Face Nelson, John Dillinger, and Ma Barker and her boys. It turned out that one way to keep a city safe from gangsters at the time was to given them safe haven in return for having their “fun” elsewhere.

In fact, you can learn all about the history of Saint Paul’s most famous police chief, John J. O’Connor, who made the city safe for regular citizens by watching out for the gangsters, on a Saint Paul Gangster Tour. I can guarantee you’ll find lots of fascinating facts as you see the homes of the infamous!

And of course, there’s a ghost or two in the story. While nobody has identified who it might be, there are stories of gangsters buried in the caves. Workers sometimes report seeing a mist that reshapes into a human form and moves between the caves. Others claim to have heard laughter and the sound of glasses clanking — perhaps a spirit or two caught in the limbo of the speakeasy, waiting for the day when parties would be legal instead of underground.

Click here for the map to 215 Wabasha Street S. in Saint Paul Minnesota.

David and I visited the Wabasha Street Caves, and took the Saint Paul Gangster Tour, as a complimentary pre-BEX tour prior to the TBEX travel writers’ conference in Bloomington, Minnesota.

The photo in the header above was taken on an historic cave tour at the Wabasha Street Caves in Saint Paul, Minnesota, USA. 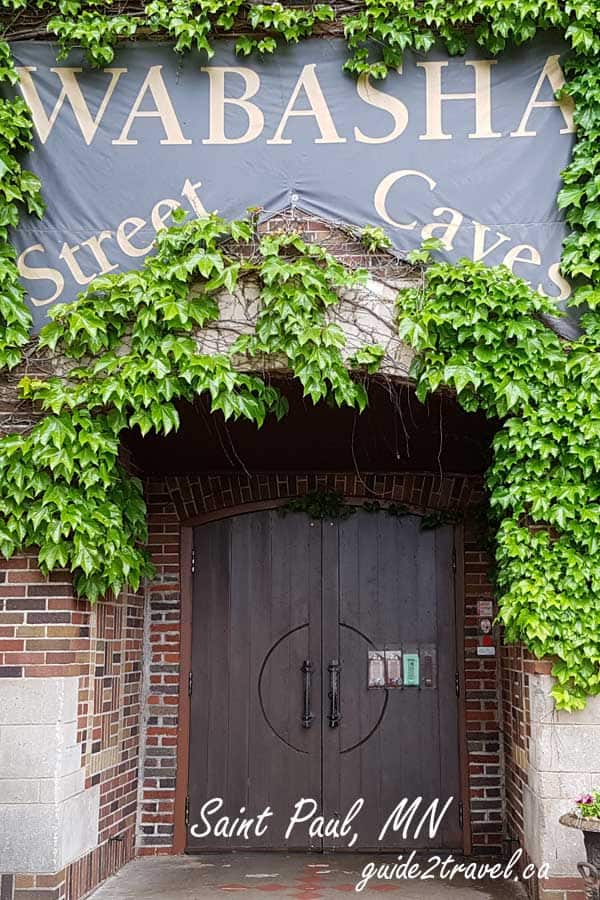 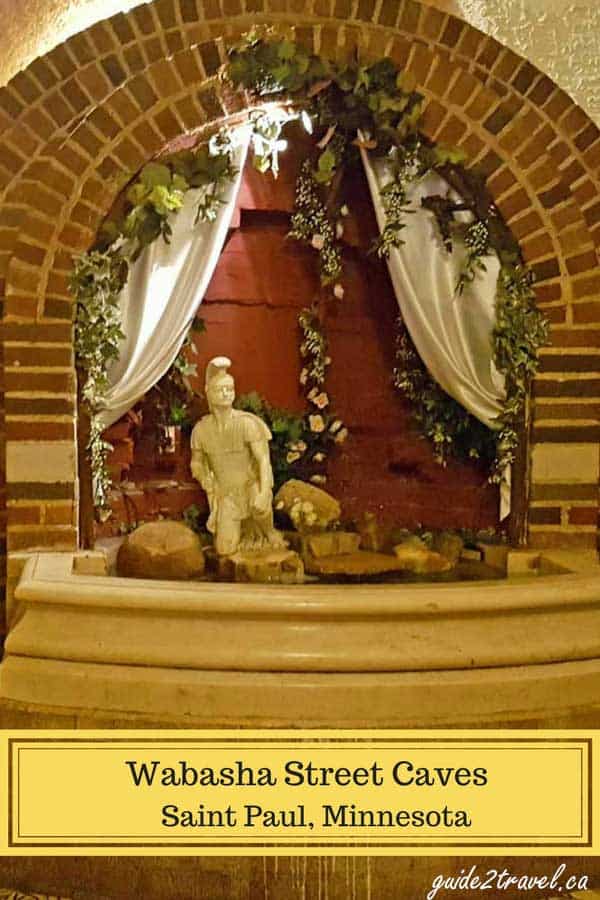 Below, you’ll find a Google map showing the location of the Wabasha Street Caves. During our visit, we stayed at the Radisson Blu hotel at the Mall of America.

Find More Things to do in Minnesota & Wisconsin

Fagen Fighters WWII Museum in Granite Falls, Minnesota, is a must-see attraction on a Minnesota road trip. Its displays are both authentic and impressive.

Shopping doesn't have to be stressful -- in fact, it can be just one part of a great getaway in Minnesota. Located just 15 minutes from downtown Minneapolis and St. Paul, Bloomington's Mall of America® is a destination with tons of things to keep every member of the...
Read More 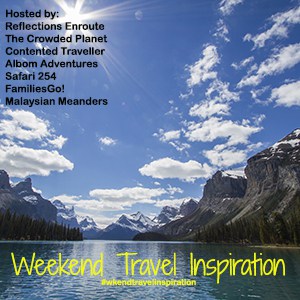