Devil’s Gate, a 30 foot or so wide gap nearly 400 feet high, looks like Paul Bunyan took his ax and chopped a wedge out of the granite of the Rattlesnake Mountains. Early Shoshone and Arapaho people had their own legend of how it was formed though. They tell about a tusked beast that roamed the area to keep hunters away. When hunters attacked the beast with arrows, it gouged a piece out of the rock and disappeared into the gaping hole, never to be seen again.

And of course, there’s also the strictly scientific explanation for the gorge on Wyoming State Highway Route 220. Geologically speaking, the Sweetwater River created Devil’s Gate. At the time, volcanic ash and sediment from eroding mountains had filled the valleys between the mountains. The softer material was easily sliced, and eventually, so was the granite, carving out the gorge. 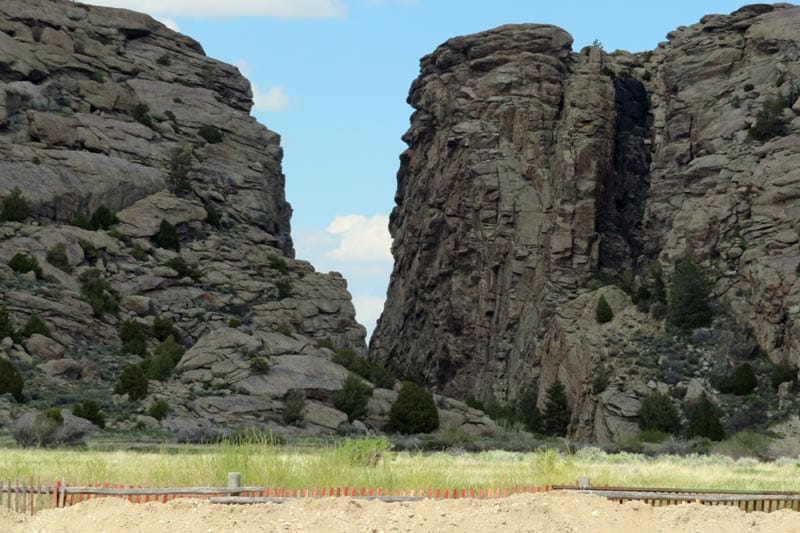 But whether you prefer to believe in geology or legends, Devil’s Gate is listed on the National Register of Places in the United States in recognition of its historic significance.

The enormous chunk of granite, as you might imagine, makes an awesome landmark. Visible from as far away as 15 miles, it was a lighthouse of sorts to settlers crossing the West throughout the 1800s.

What was the name of the major 2000 mile trail that crossed by Devil’s Gate, using it for a landmark? (Click or tap on the tabs above for the answer.)

The Oregon Trail is the 2000 mile migration route that crossed by Devil’s Gate, although several other trails also used it as a landmark, including the Mormon Trail. Even the Pony Express had a station at Devil’s Gate, for the 18 months it operated between 1860 and 1861.

Although the first emigrants on the Oregon Trail made the trip in 1836, mass migrations didn’t begin until 1843. Between 1843 and 1869 an estimated half-a-million people walked the path alongside wagons carrying all of their possessions. 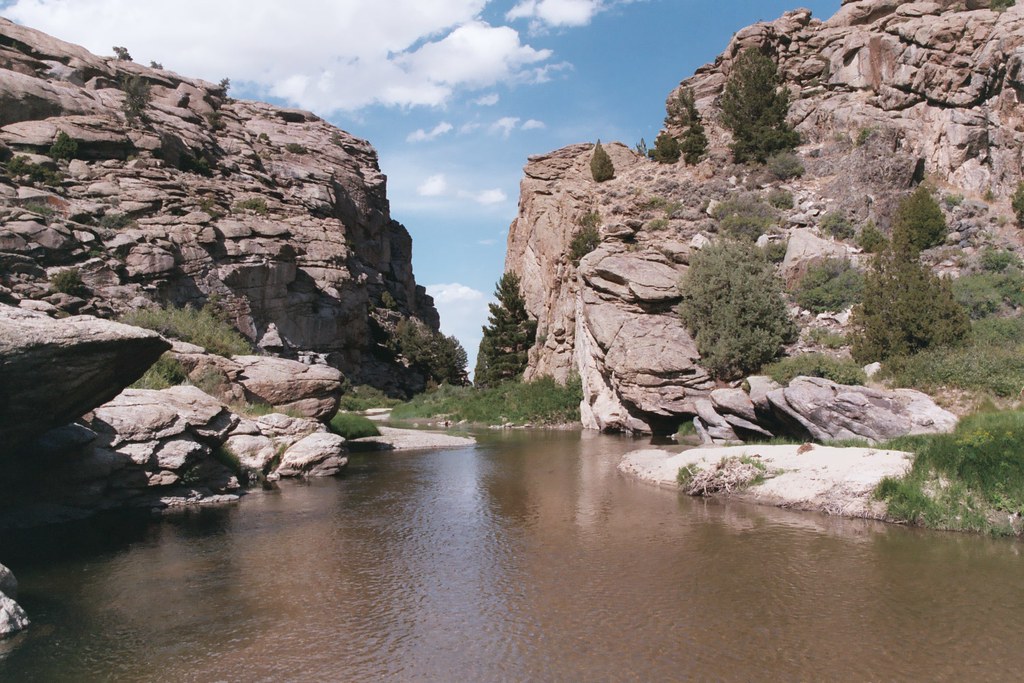 Devil’s Gate is maintained by The Bureau of Land Management in Wyoming. An interpretive turnout on the highway provides signboards for this National Historic site. While there is a hiking trail, overuse threatens the site and anything beyond photography is discouraged.

The photo above was taken at Devil’s Gate on Highway 287 in Wyoming.