...travel adventures with a twist of history Latest ArticlesAdventures
;
Getting hit by a tumbleweed is good kharma, at least according to Netta Green, co-owner of The Tangled Tumbleweed Tapas Bar in Scottsbluff, Nebraska. And it certainly seems to have worked out at the combination restaurant, bar, and gift shop.

I visited The Tangled Tumbled just hours after my first encounter with a Tornadic supercell — in other words, 20+ tornadoes that had formed and touched down throughout the area. Luckily, my hours in a community storm shelter kept me safe even from the deluge of rain that followed.

While the storm delayed our dinner by an hour, Netta, along with her niece and partner, Natasha Koncaba, re-opened for our evening without ever missing a step! Clearly, these two women could take on any challenge they wanted. 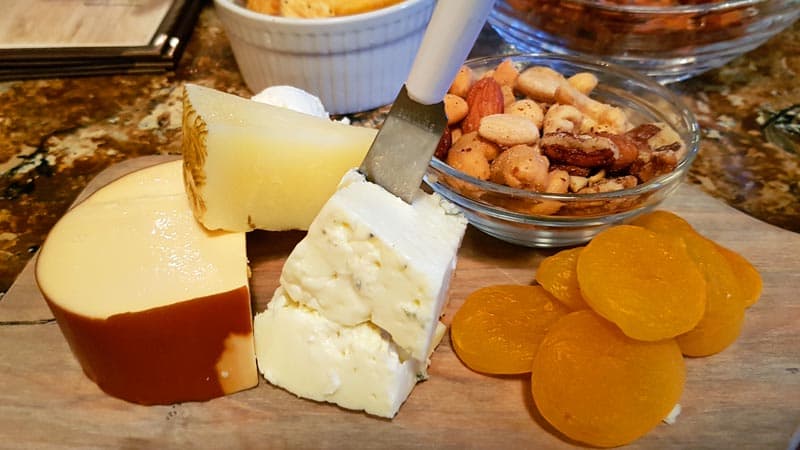 Cheese Plate at The Tangled Tumbleweed

History of The Tangled Tumbleweed

Many people start second careers after retirement. Few make such a drastic change as Netta did, moving from teaching seventh graders to opening a demanding business!

The first step for Netta and Natasha, once they decided on the direction, was to find a building. Both agreed that while an old gas station might not seem a likely candidate, they immediately saw its potential. 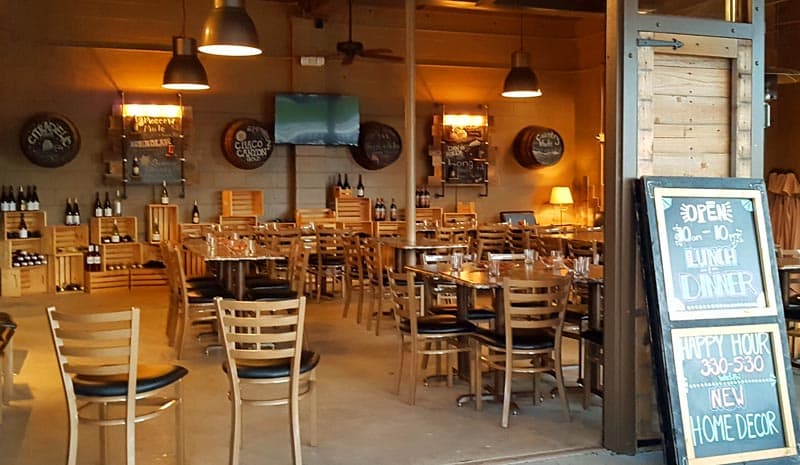 Dining area at The Tangled Tumbleweed in Scottsbluff, Nebraska.

I had to agree. I loved the open air dining area they created in the “service bay.” In fact with the old service doors wide-open, it was hard to imagine there’d even been a storm, never mind one so dangerous, as I relaxed and watched the clouds roll away.

In order to keep the business manageable with life and family demands, Netta and Natasha are only open four days a week. They’re closed Sunday through Tuesday and open Wednesday to Saturday. However, it’s still a lot of hours even with 14 staff, as they run from 10 a.m. until 10 p.m.

What’s on the Menu?

Every restaurant and bar is about its menu and The Tangled Tumbleweed has a great one. It starts with the best wines and a great selection of craft beers. And since pretzels go great with both of these, Netta and Natasha came up with their own great recipe for a starter.

What do they use to season the pretzels? Well, a combination of parmesan cheese, garlic, and their own — you guessed it — special seasoning salt.

After tasting the special seasonings, I could readily see why locals wanted to take some home for their own entertaining. So, customers buy the first jar, then take it back for $4 refills! 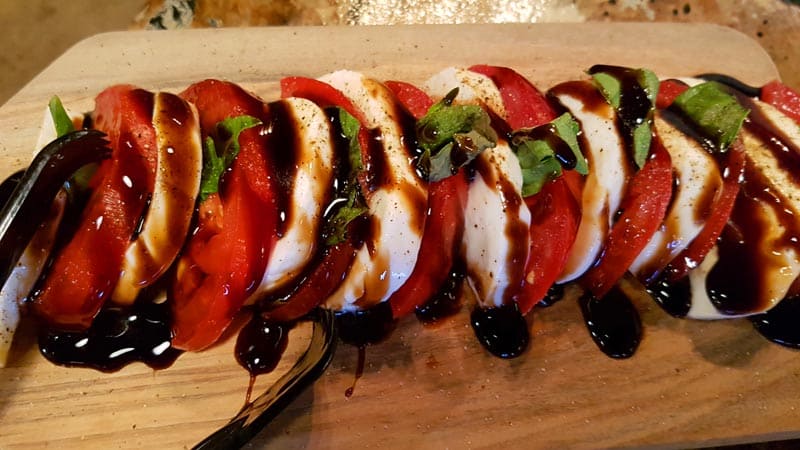 Caprese at The Tangled Tumbleweed in Scottsbluff, Nebraska

Since Tapas means “small bites,” the menu has a variety of options to sample as you enjoy a glass of wine or beer. I tasted a number of menu options. My favorites? The caprese (above) and meatballs (below). The lobster ravioli was pretty tasty too, if you fancy some seafood. 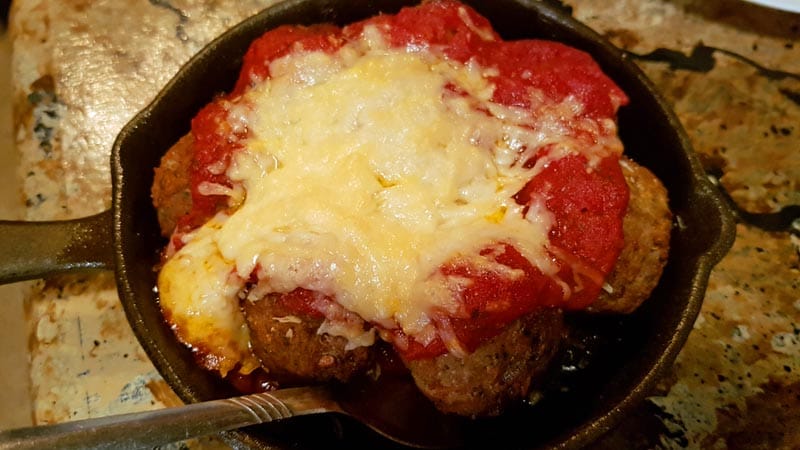 Meatball Skillet at The Tangled Tumbleweed in Scottsbluff, Nebraska.

And drinks? My favorite was Leinenkugel’s Watermelon Shandy. It went well with everything on the menu.

Netta and Natasha’s artistic talents were obvious as I browsed through the gift shop. While I remember soaking in an old fashioned bathtub, I never would have thought of one as display shelving.

If you’re looking for an interesting gift or souvenir, it’s the perfect place to do some browsing in Scottsbluff. 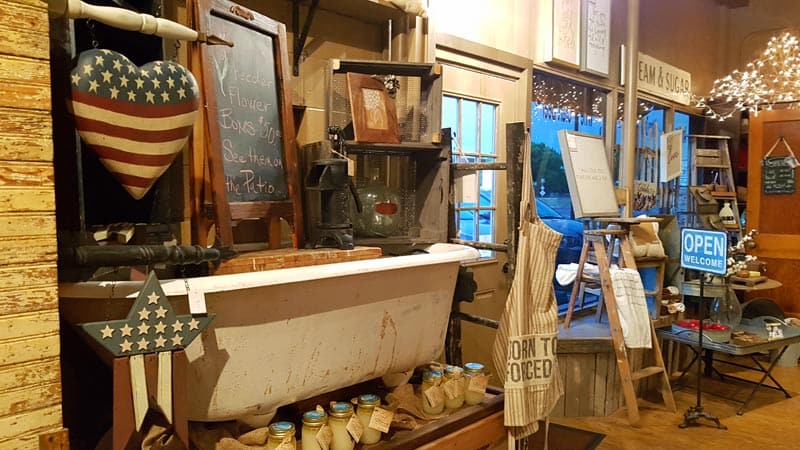 Gifts and crafts for sale at The Tangled Tumbleweed in Scottsbluff, Nebraska.

The Tangled Tumbleweed is located at 1823 Avenue A, Scottsbluff, Nebraska.

On the Web at: https://tangledtumbleweed.com/

I dined at The Tangled Tumbleweed on a visit to Nebraska hosted by the Nebraska Tourism Commission. This part of the trip was with Gering Convention and Visitors Bureau and Scotts Bluff County Area Visitors Bureau. Many thanks to all of my hosts for an incredible week of adventures!

The photo in the header at the top of this page was taken at The Tangled Tumbleweed in Scottsbluff, Nebraska, USA. It features jars of their signature appetizer, specially seasoned home-made pretzels.

If you enjoyed this article, please share these pins. 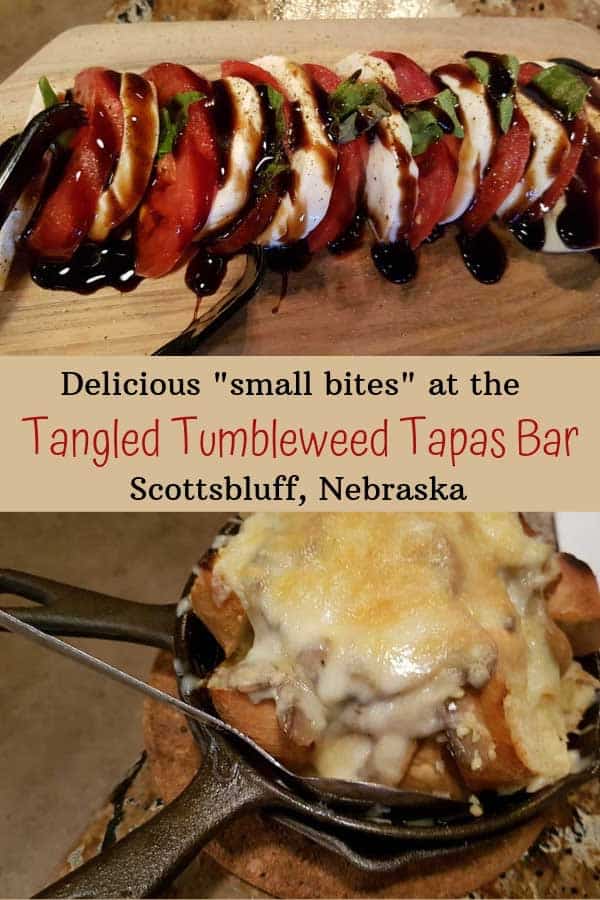 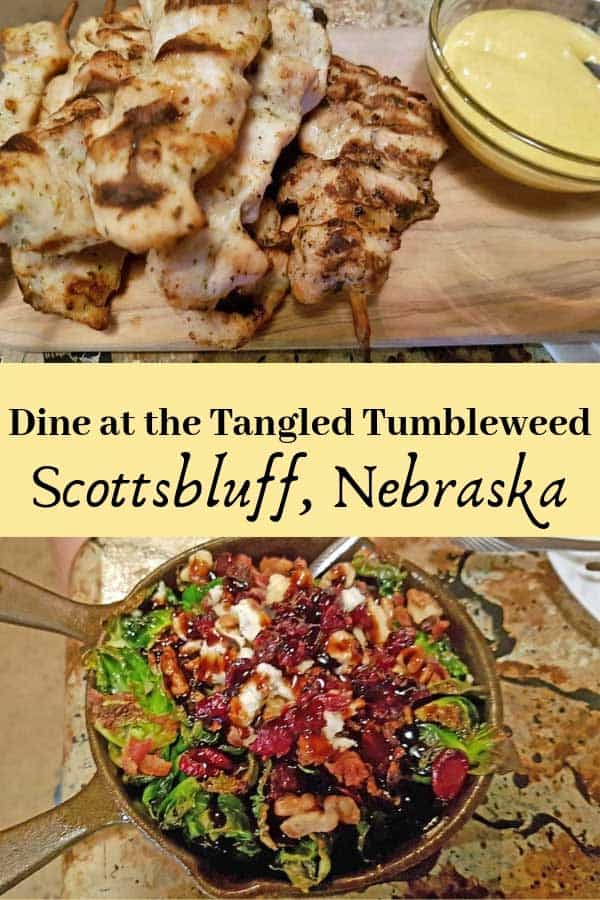 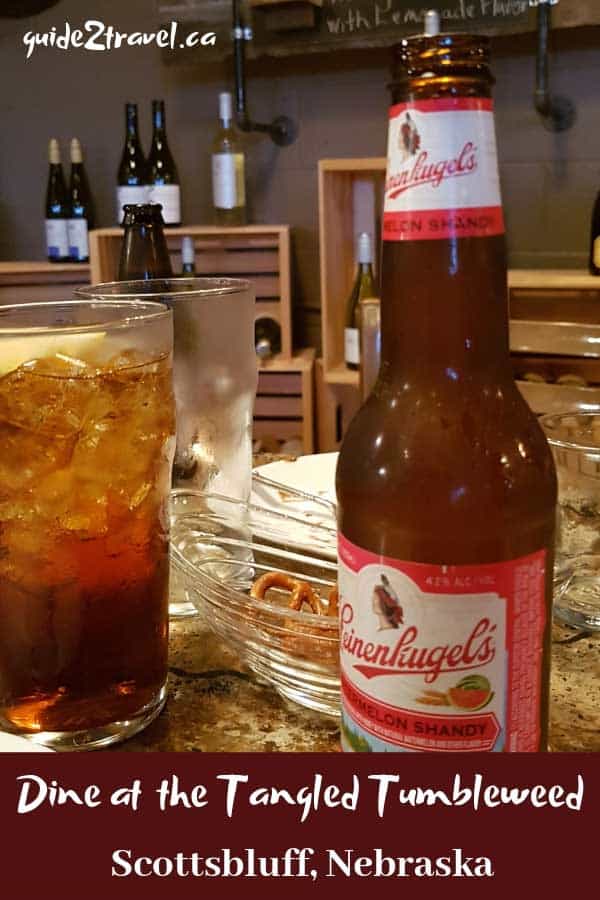