Gering, Nebraska’s Legacy of the Plains Museum hides a world-class collection of artifacts and stories behind its simple exterior. Inside the walls, you’ll find it’s carefully organized to tell the story of the North Platte Valley, its settlement, and farms and ranches. In fact, the museum is actually a new facility that combined the collections of two smaller museums when it opened in the fall of 2016.

I’ve visited lots of museums in small communities and enjoyed them all. They were often curated simply with yellowed hand-written tags, or sometimes, printed signs and banners. Whatever I found, I always enjoyed peeking into the past.

To be honest, since Gering has fewer than 10,000 people, and its twin city, Scottsbluff, less than 15,000, I anticipated something simple. And was amazed at what I found! 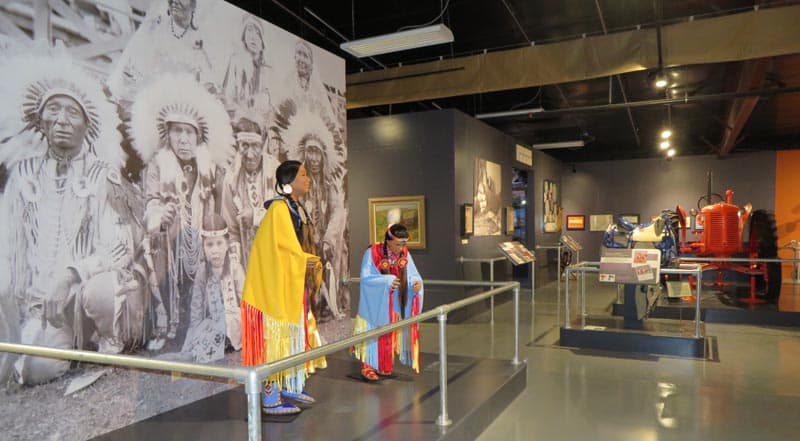 First peoples of the plains at Legacy of the Plains Museum in Gering, Nebraska.

The first people in the North Platte Valley, some 10,000 years ago, were Paleoindian hunters who survived the harsh Nebraska conditions by hunting buffalo. By 5000 years ago, there’s evidence of permanent camps at Signal Butte.

European trappers and explorers came to the region by the early 1700s. It wasn’t explored earlier due to the swampy characteristics of the Platte River and its tributary, the North Platte. However, once the Oregon Trail was established in the early 1800s, western Nebraska played a significant role.

In fact, the migration along the Oregon Trail (or Oregon-California Trail) has been called one of the most important events in American history. Why? Roughly half-a-million people came by covered wagon through this area to places like Oregon, Utah, and California.

One of my favorite parts of the museum, the timeline, takes you through this whole history. Yellow signs mark the years, while a series of information text boxes, artifacts, engraved plates, and cardboard figurines provide information. 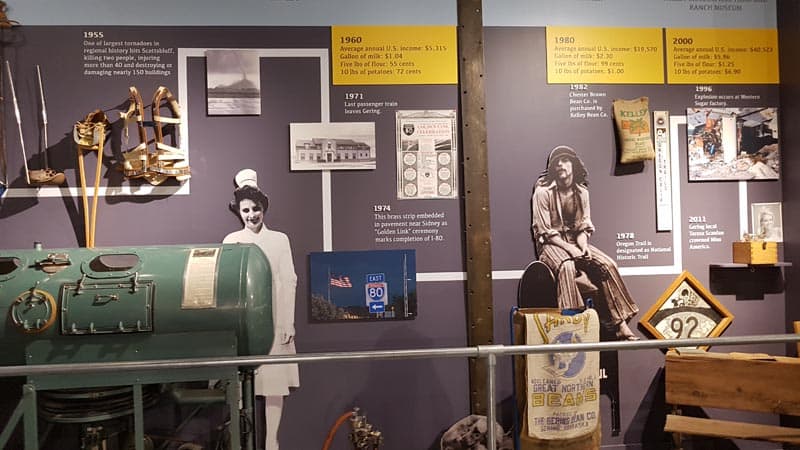 Legacy of the Plains timeline display.

Video Introducing The Legacy of the Plains Museum

I started my tour of the museum by watching the short introductory video. It does a great job of putting voices to the story, as you hear from a local cattle rancher, field laborer, garage owner, Lakota dancer, and others. The museum follows the same organization, focusing on people who helped build the community.

Terry Carpenter is one of those people. Terry started out as a bare-knuckle boxer who worked his way out of poverty. He started a service station in Scottsbluff in 1929 and eventually built one of Western Nebraska’s biggest business empires. The museum scenario below narrates his story. 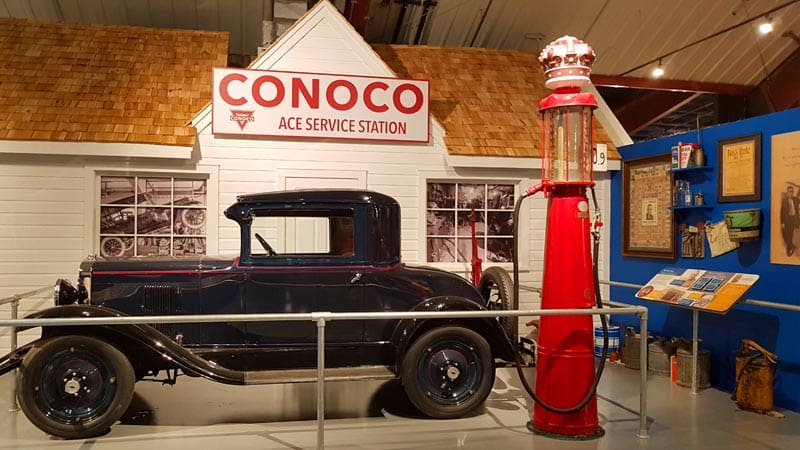 Covering Every Aspect of Life

Curators must have spent months trying to combine the two museum collections and pick the artifacts to display. However they did it, the result is a balanced view of the years gone by, including everything from the kitchen stove to the farm implements.

The “Perfection” stove (below) was one I’d never seen before. Manufactured by the Cleveland Foundry Company, these stoves were financed by none-other than John D. Rockefeller. Why? They burned kerosene, which meant increased usage of that product and more income for Rockefeller. So, by the 1920s millions of them were in homes around the United States. 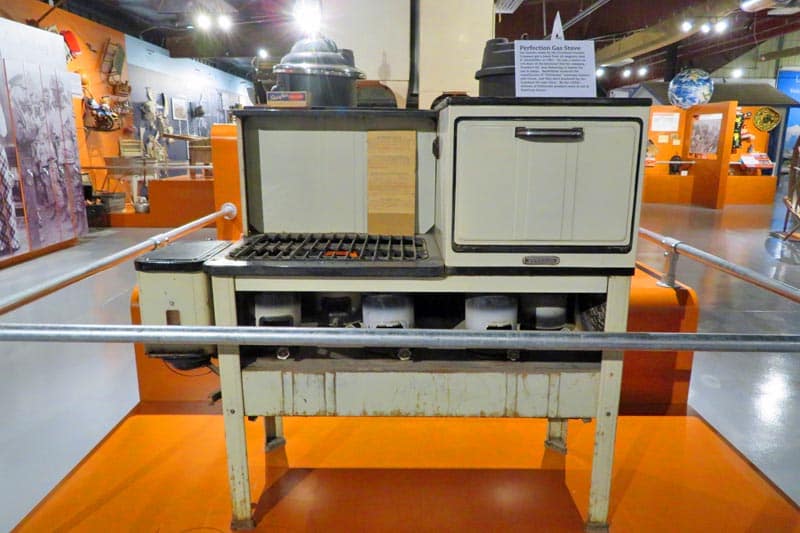 A vintage Perfection stove at the Legacy of the Plains Museum in Gering, Nebraska.

I always have a soft spot for the vintage farm equipment when I visit museums. When I was young, my family farmed before they got into horses. And our machinery was definitely of the lower-priced variety. I even remember using threshing machines into the 1960s, although the number of combines on Saskatchewan farms had increased from 42,997 in 1951, to 61861 in 1956. (Source: The Prairie West as Promised Land by Doug Owram and Laurence Kitzan, 2007)

At any rate, I grew up with grain fields. The museum’s corn and sugar beet equipment fascinated me! 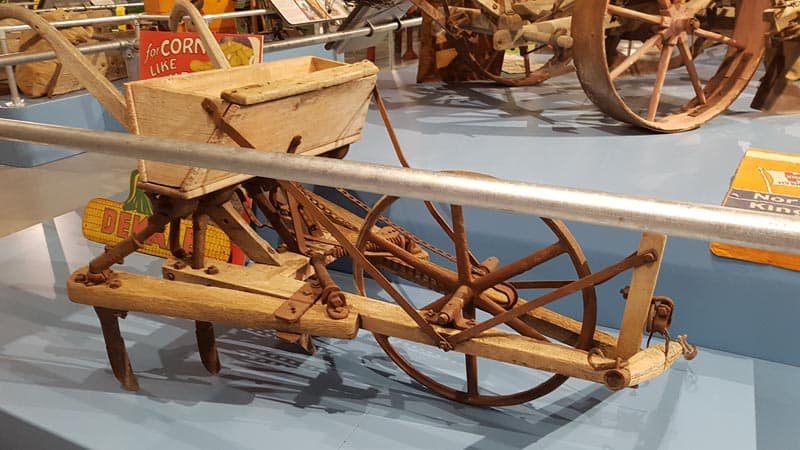 Kids, of course, love museums whether they visit with their families or classmates. So most museums have interactives especially for the younger visitors.

While I’m definitely not a kid anymore, I couldn’t resist trying this museum piece — a holstein milk cow. And all I have to say is that it was a lot easier to get something in my milk pail from it than from the cows I remember as a youngster. I might have even been able to quirt a drink at the cats like my dad used to do, if there had been any of them around! 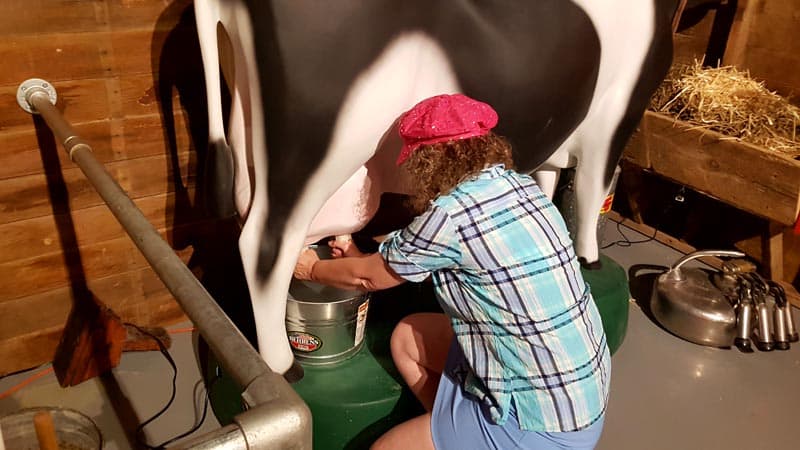 Linda Aksomitis milking a cow at Legacy of the Plains Museum

Visit Legacy of the Plains Museum

I enjoyed an afternoon at Legacy of the Plains Museum on a visit to Nebraska hosted by the Nebraska Tourism Commission. This part of the trip was with Gering Convention and Visitors Bureau and Scotts Bluff County Area Visitors Bureau. Many thanks to all of my hosts for an incredible week of adventures! While I was hosted, I still retain full editorial freedom to all articles written about the destinations I visited.

The header photo above was taken at Legacy of the Plains Museum in Gering, Nebraska.

If you enjoyed this article, please pin it and share with others. 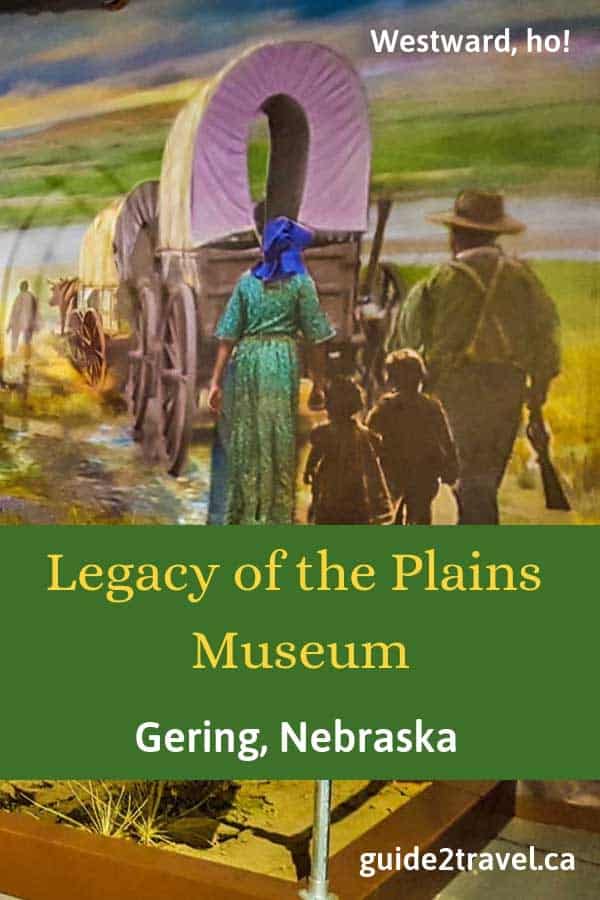 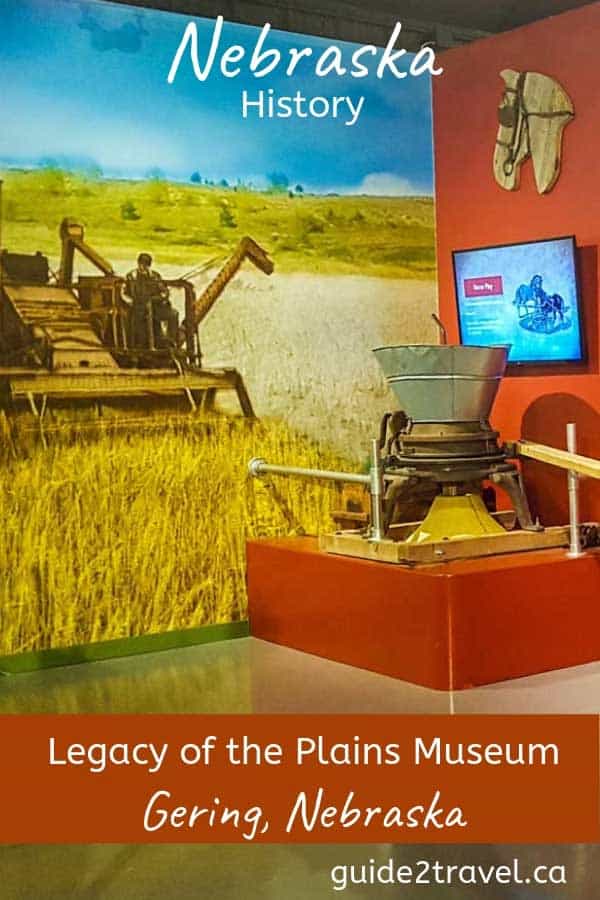 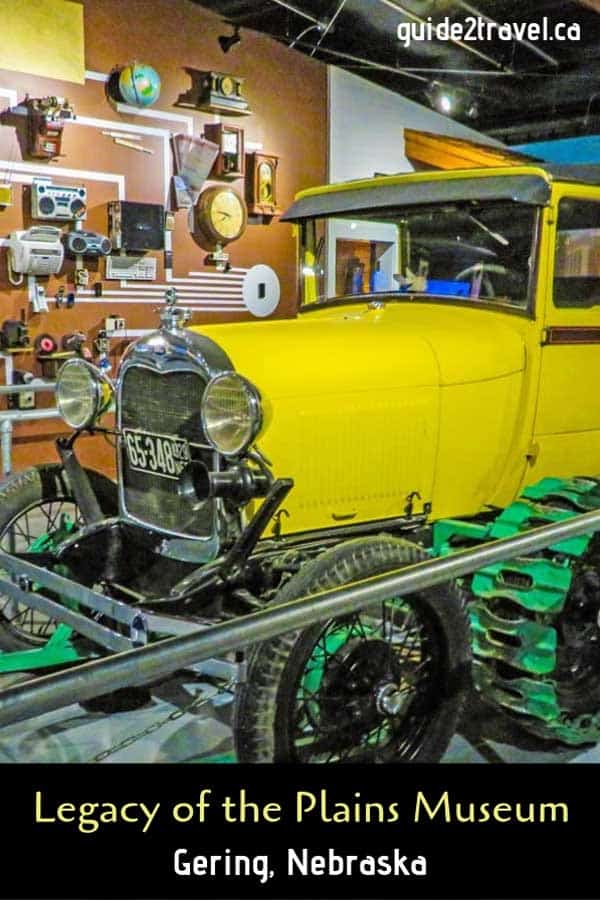