This traditional longhouse museum is home to totem poles, carvings, artifacts and history of British Columbia.

The award winning museum is known around the world. Visitors come to see both its building, and collection of artifacts, which date back to the end of the last ice age. Indeed, the building is actually an artifact as it’s built like a traditional longhouse (see the image above).

Inside the Museum of Northern British Columbia

While the longhouse is impressive on the outside — it’s even more impressive inside. I have to admit I’m somewhat obsessed with trees since visiting the redwood forests on the West Coast, so finding giant cedars (below) in the lobby of the museum had me hooked. 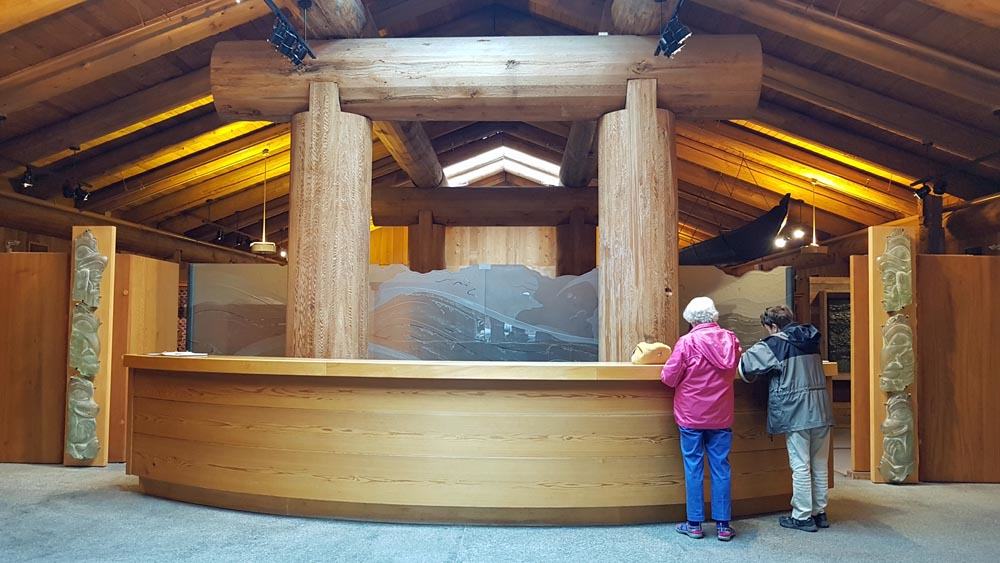 The great thing about cedar is that its scent endures long after the tree leaves the forest. So, the cedar smell made it feel like the lobby was outdoors. These Western red cedars are local to the Pacific Northwest, so have been used for millennia by locals.

Similarly, open spaces helped create the outdoor atmosphere. The cedar continued throughout the building as visitors view different parts of the collection.

A wooden bear sculpture (below) quickly grabbed my interest. Information sheets told me it was a rare example of Tsimshian mortuary art. Other museums have photos, but no original pieces. Throughout the museum, all of the pieces had full descriptions and signage that made it easy to learn about them. 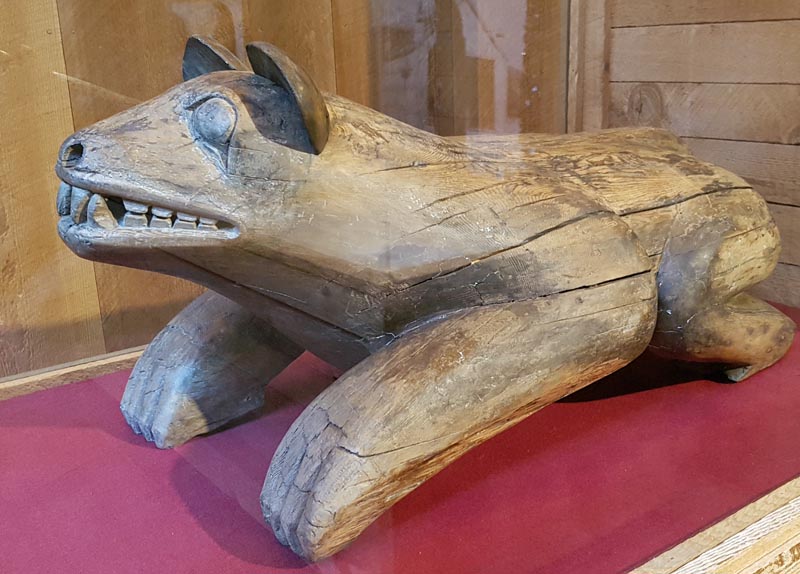 Of course, like many other visitors to this part of Canada, totem poles topped my list of things to see in British Columbia. A number stand in Prince Rupert (where we started our journey across Western Canada on the Yellowhead Highway), however the three in the museum (below) were the most detailed that I saw. 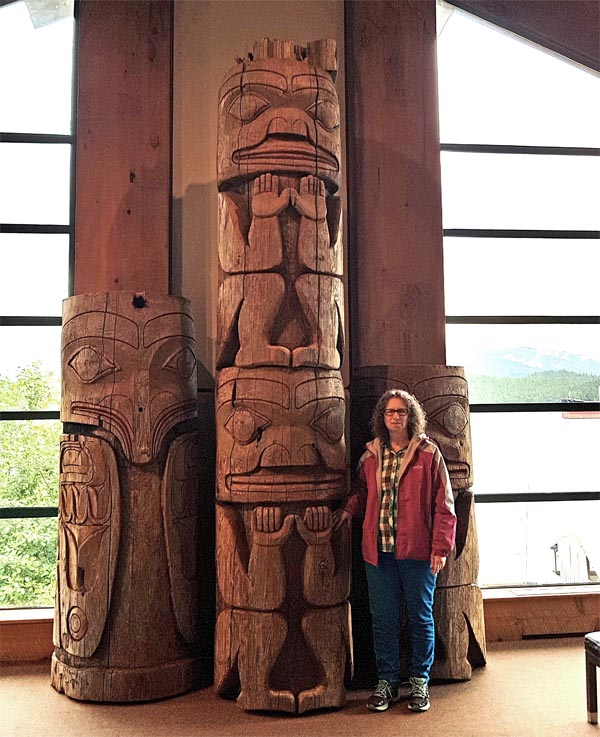 Totem poles in the Museum of Northern British Columbia.

Whether you’re interested in art or history or culture, a visit to the Museum of Northern British Columbia is a must if you’re near Prince Rupert. 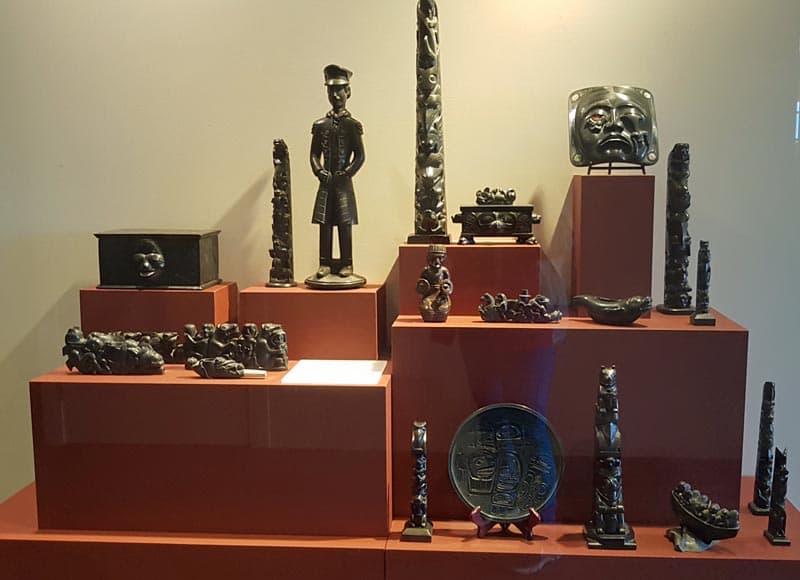 Argillite art of the Haida people.

Many different materials have been used artistically in the Pacific Northwest over the centuries. The Haida people use a local shale called argillite to create pieces such as miniature totem poles, masks, pipes and figures. The video below features an interview with Haida sculptor, Lionel Samuels.

Other materials featured in the art collection include copper from the Northern Tlingit, obsidian from the Tahltan, and dentalium shells from the Nuuchahnulth

The Tsimshian people traded with others, including European trappers and explorers, for materials. This creates a rich collection of artistic pieces and clothing. In particular, button blankets, or embellished blankets, are worn for ceremonial purposes.

In addition to artifacts, the museum provides short histories of the area’s different cultural groups and their traditions.

History of the Museum of Northern British Columbia

The Museum of Northern British Columbia was established nearly a century ago, in 1924. The collection area runs between Portland Canal to the north and the Douglas Channel to the south. You can see the area below in this Google map.

The museum has a number of archival holdings from the early 1900s forward. Topics include an early history of Prince Rupert, the U.S. and Canada 54/40 boundary, and the area’s railway history. Diaries of Ben Codville, a lighthouse keeper on Pointer Island from 1898 – 1964, are an important part of the collection.

Since British Columbia is home to one-third of all First Nations in Canada, the museum is important in preserving Canadian heritage. Indeed, seven of Canada’s eleven unique language families are spoken in BC’s 198 different First Nations.

The Northern BC Museums Association administers the museum, along with the Northwest Coast First Nations Artists’ Studioand the ‘Wiwaabm Ts’msyeen, the Tsimshian Performance Longhouse.

The photos in this article were taken of the building and artifacts at the Museum of Northern BC.

Museum of Northern BC

Travel coast to coast visiting some of Canada’s top gaming resorts and cities. You’ll find attractions from Magnetic Hill to the Energy Museum.

5 Best Resorts and Casinos to Visit in Canada

Wondering about the top resorts and casinos to visit in Canada? Enjoy rugged outdoors by day and luxury casinos and resorts by night!