Giddy Up! A Kalesa Carriage Ride Over the Streets of Manila

See Manila on a horse-drawn Kalesa

Manila, gateway to the tropical island adventures of the Philippines, has a wealth of history and culture to offer visitors. Getting around the city, with its colorful blend of Spanish and American influences, is easy. From taxis to jeepneys to horse-drawn kalesa carriages, you can be adventurous or not — take your choice.

However, I found the slower pace of a kalesa carriage ride a great way to check out the city!

The Spanish introduced the kalesa to the Philippines in the 18th century when they occupied the area. What exactly is a kalesa? It’s a horse (or donkey) drawn calash type of carriage. Basically, any carriage with a folding hood became known as a calash.

If the Spanish introduced the calash type of carriage to the Philippines, did they also introduce horses? (Click or tap the tab above for the answer)

Researchers agree that the first horses in the Philippines arrived with the Malay people. Then, when the Spanish arrived, they brought a different breed. Of course, the two types interbred. So, today, the Baguio horse breed is listed as coming from the Philippines.

As a side note, the Malay also took the carabao, or water buffalo, to the Philippines. But back to the kalesa…

This YouTube video takes you on a horse-drawn kalesa ride with the traditional kalesa folk song playing in the background. 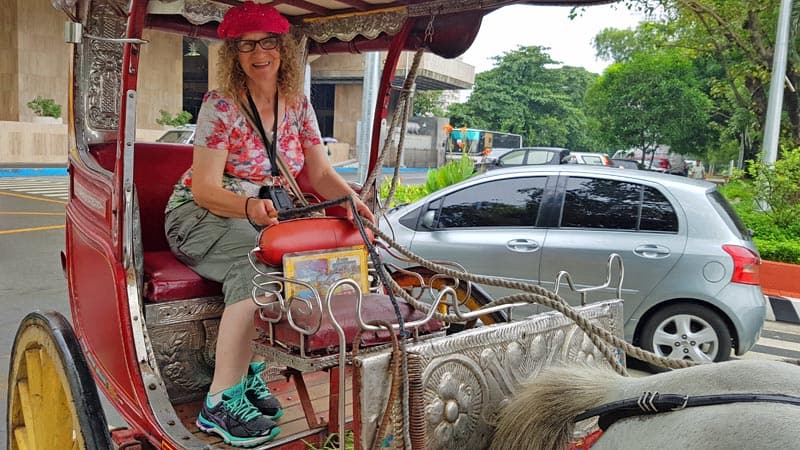 Linda Aksomitis going for a kalesa carriage ride being pulled by a donkey.

Kalesa carriage horses clip-clop down the streets through the tourist areas of Manila. They’re most popular in Intramuros, the historic walled part of the city. Just waving at an empty one is enough to flag it down. And, since there’s a lot of walking to explore the area, you may need the ride on a hot afternoon!

I do have one warning. Make sure to negotiate a price before you get in the carriage. Otherwise, you may have an argument trying to get a highly inflated price reduced. Carriage drivers prefer local currency, but will take US dollars too. They only take cash.

Check out some tips for visiting the Philippines in this article.

Check Out These Other Posts With Trivia Questions From Around the World!

In the 1920s there were 10 million cars in America, but train travel still provided most of us with our only opportunity to travel beyond our immediate communities. In fact, it was the golden age of train travel, with 260,000 miles of train tracks by 1930. Amazingly,...
Read More

The native prairie habitat of the Great Plains of North America has been ripped up by the plow, and replaced by grain fields, through most of the continent, including Saskatchewan. However, Herschel, a small town nestled where the Coal Mine Ravine joins the Eagle...
Read More

The Broadway Diner in Columbia, Missouri, is famous for its made-from-scratch food--ask any of the nearby University of Columbia students, many of whom are now spread out over the whole USA, just how good it was to sit down to some of mom's home cooking. But that's...
Read More

How Old is Chattanooga’s Walnut Street Pedestrian Bridge Over the Tennessee River?

Who Was Jocko, a Former Resident of Regina’s Government House?

The photo above was taken in Manila, Philippines, outside the Diamond Hotel. 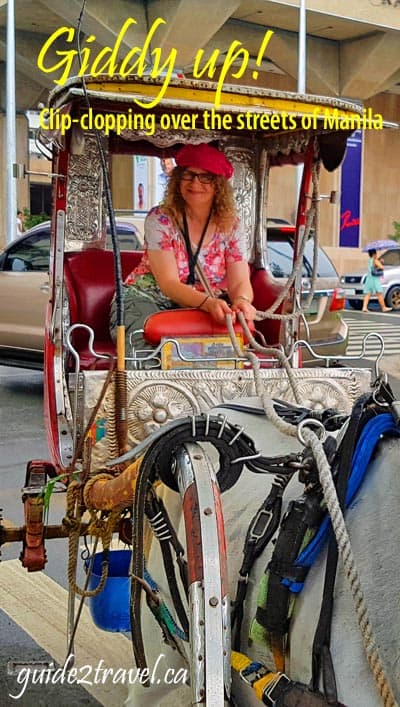 A kalesa carriage in Manila.