If you like cake — and most of us do — then celebrating National Cake Day on November 26 provides the perfect time to indulge! Not surprisingly, cake has been around for awhile. In fact, the name, “cake,” has Viking origins, from the Old Norse word, kaka.

Various cultures around the world, it seems, have contributed to the wide array of yummies we call cake today. From the ancient Greeks we had the first forms of cheesecake. The early Romans gave us fruitcakes stuffed with nuts and raisons. Chaucer, from early 14th century England, mentions a large white cake with currants, honey, butter and cream. 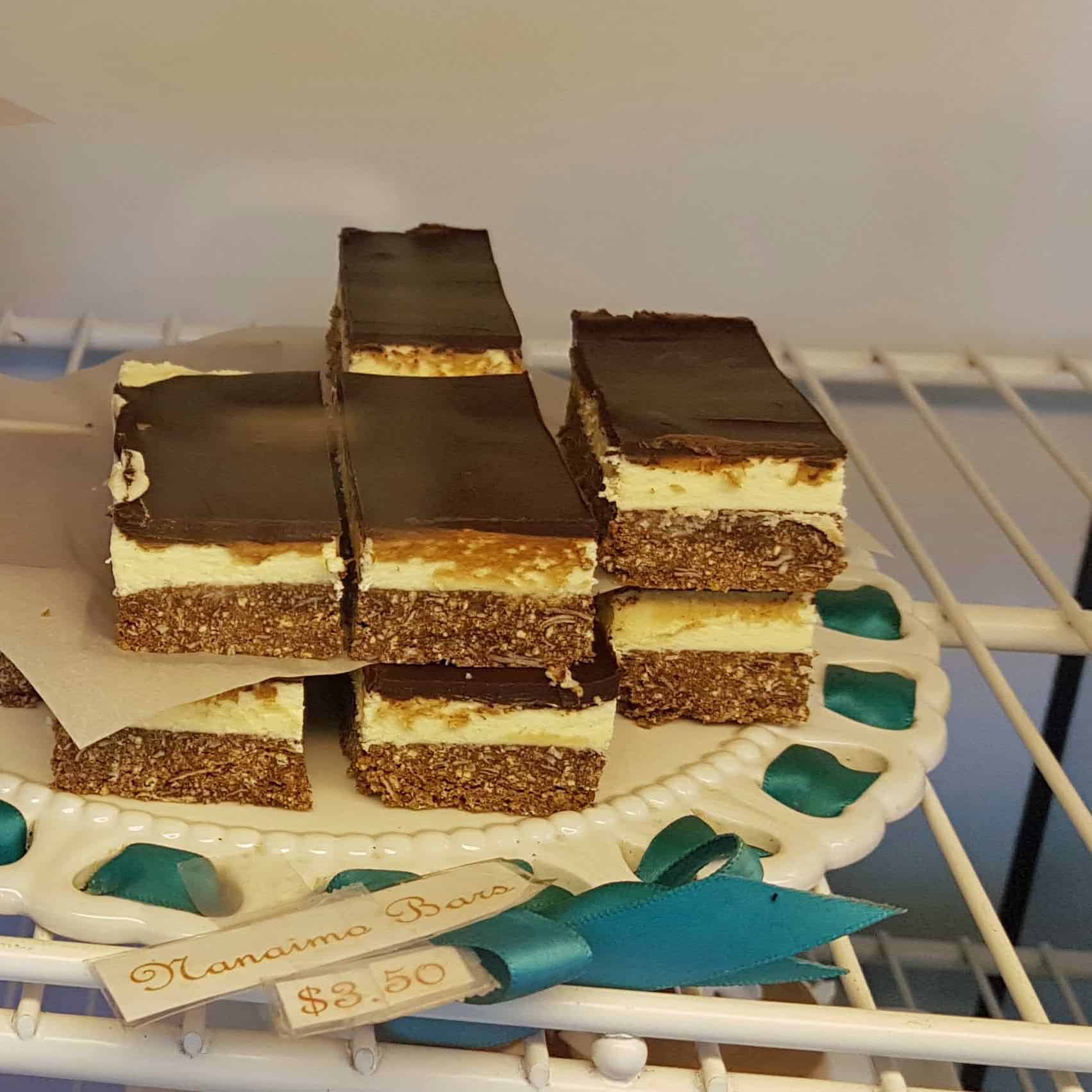 Nanaimo Bars at McLean’s Specialty Foods in Nanaimo, BC.

Here in Canada, we also lay claim to a first — Nanaimo cake, but since it’s cut into bars to serve, it’s called Nanaimo Bars. In fact, Nanaimo Bars were named the nation’s favourite confection in a 2006 survey by the National Post.

Nanaimo, as you may know, is a city on Vancouver Island, in British Columbia. This fall, I visited the island for the first time on a cruise that went from Vancouver to Los Angeles. One thing I found everywhere I walked throughout the historic downtown was Nanaimo Bars. In fact, the city even has a Nanaimo Bar Trail.

If you’d like to make your own Nanaimo Bars to celebrate, there are several different mixes available. You can also use my favorite recipe from Kraft Canada at: http://www.kraftcanada.com/recipes/nanaimo-bars-89644

Unfortunately, nobody seems to know who started National Cake Day. Or, for that matter, when it was first celebrated. Suffice it to say that we all just enjoy it! If you’re celebrating on social media, there are two hashtags: #NationalCakeDay and #CakeDay.

Here I am under the Nanaimo sign at the cruise ship port, enjoying some Nanaimo Bars!

More Things to Do in British Columbia, Canada

The photo of Nanaimo Bars in the header above was taken in Nanaimo, British Columbia, Canada. 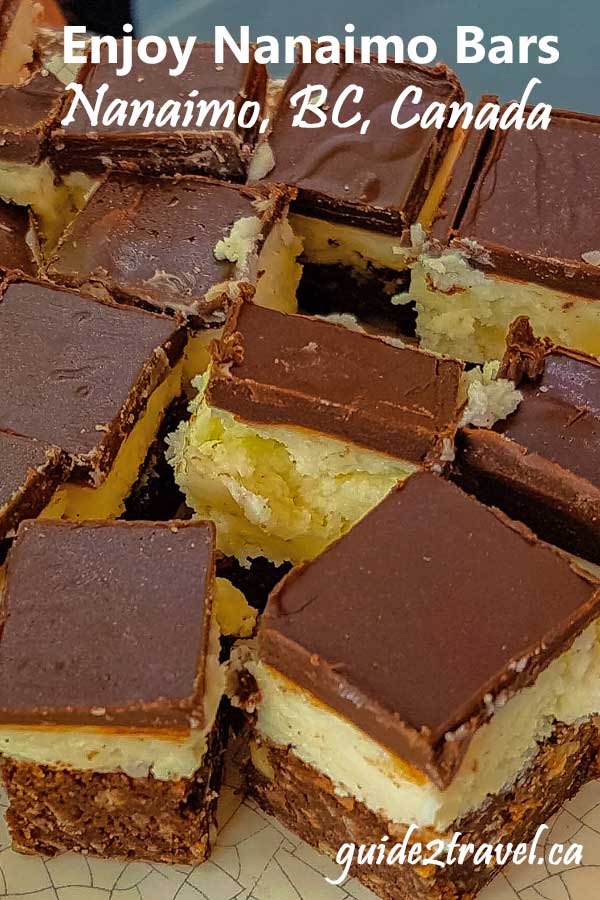 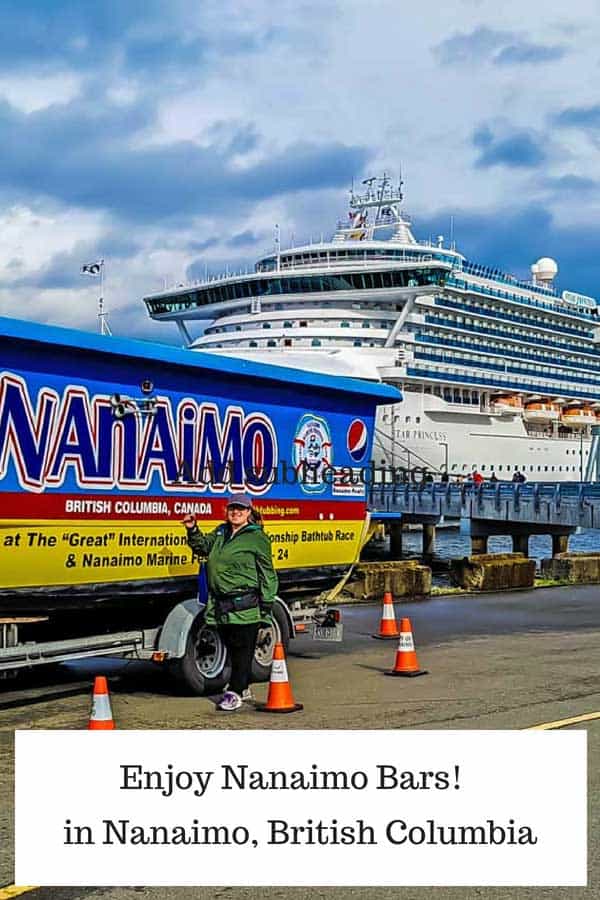