The first sign in Watson Lake, Yukon’s sign forest, went up in 1942. Why then? Because U.S. soldier, Carl K. Lindley, had the task of erecting signs for the newly built Alaska Highway. For fun, he added a sign to his hometown, Danville, Illinois, along with the mileage.

Since then, around 80,000 signs from around the world have been nailed up in the sign forest! 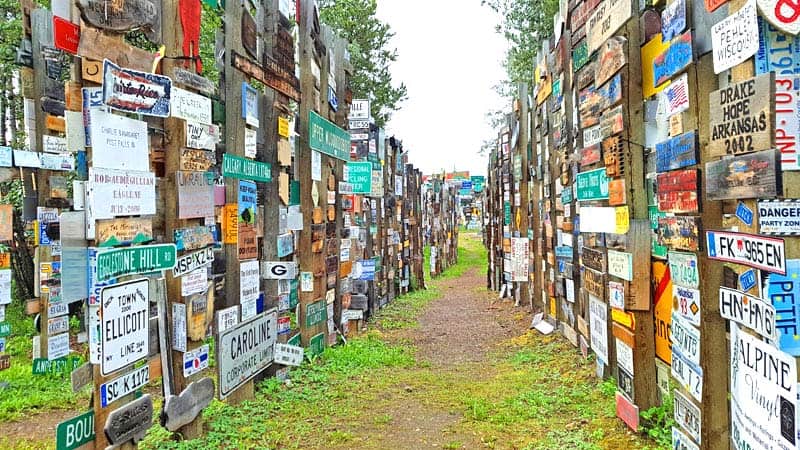 The morning we visited the sign forest, it was shrouded in mist that created a surreal feeling. As I walked between row after row of signs, all from somewhere else, neatly nailed on posts, I thought of the comments I’d overheard a local making the evening before. He’d said, “If you think about it, the sign forest is likely the biggest collection of contraband in the world.”

And indeed, he was right. The signs came from everywhere. A license plate from Nova Scotia, Canada’s Ocean Playground. A stolen highway sign with an arrow pointing to Birch Lake. It could have been from many places, as there’s a Birch Lake in various provinces and states. A simple gold arrow on a board that said Heidenburg, Uster. Switzerland? 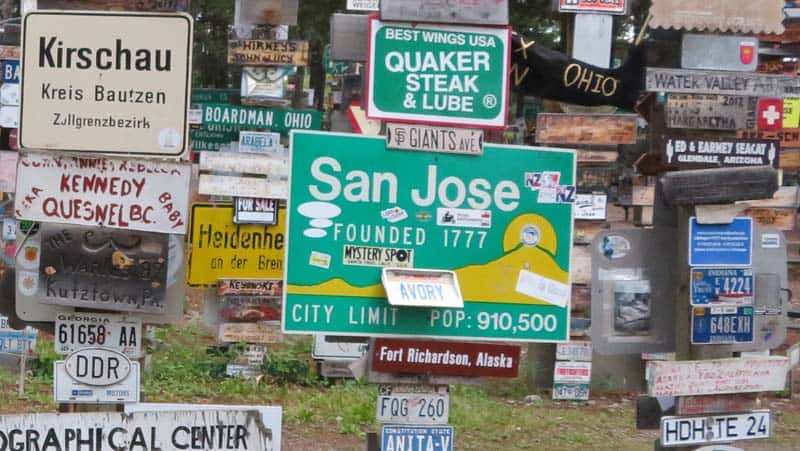 Signs in the Sign Forest at Watson Lake, Yukon.

There were speed signs. Reduced Speed Ahead. City signs. Entering the City of Tacoma – Population 158900. How long ago was that? Warning signs. Divided Highway Ahead.

And then there were the signs people made deliberately to leave behind on their Alaska Highway road trip. The Boe/Seegerts Family (Don, Bev, Jesse, Jadine) had nailed theirs up in 2006, noting it was 2144 km to Prince Albert, Saskatchewan! Why hadn’t I thought of making a sign to add to the forest before we left to drive the Alaska Highway on its 75th Anniversary…

Why is the Alaska Highway Mostly in Canada? 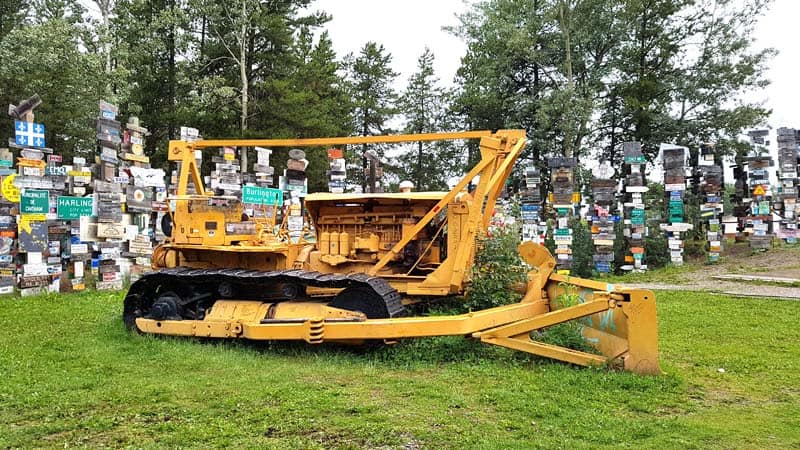 Like many projects that involve political decisions between countries — Canada and the United States here — a lot of talk happened long before any action. Mainly, the issue was which country would pay for a highway to connect the U.S. by a land route to its distant territory, Alaska. Of course, there were already a number of roads in Northern Alberta and British Columbia, but none that crossed the Yukon.

However, the need for a highway became urgent when the Japanese bombed Pearl Harbor on December 7, 1941. Two months later, President Roosevelt and the U.S. Congress approved building the Alaska Highway, on February 6, 1942. And Canada? Well, we agreed to let the U.S. build the road as long as it didn’t cost us anything and we got ownership to the Canadian part of the road when the war ended. 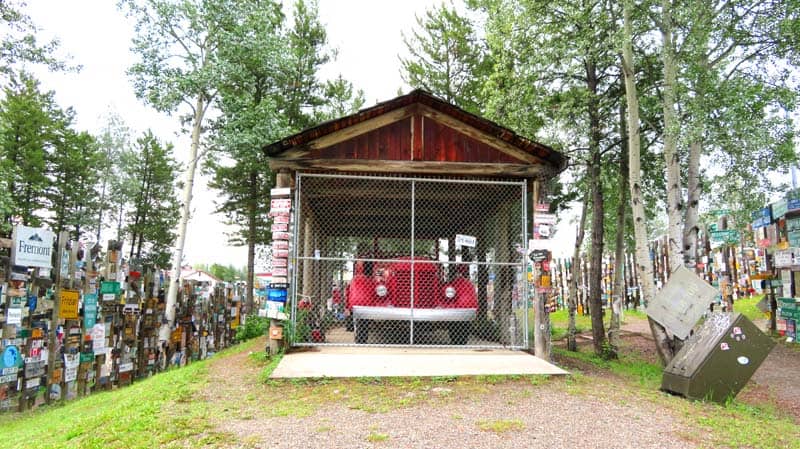 It took 10,000 American soldiers just eight months to push through the forest wilderness and five mountain ranges to build the road. Why so quickly? After Pearl Harbor, the U.S. knew the Japanese would invade, if they could. That meant they needed the highway as a supply route to defend Alaska.

More Things to Do in the Yukon and Alaska

The photo in the header above was taken by Linda Aksomitis at the Sign Post Forest in Watson Lake, Yukon, Canada. 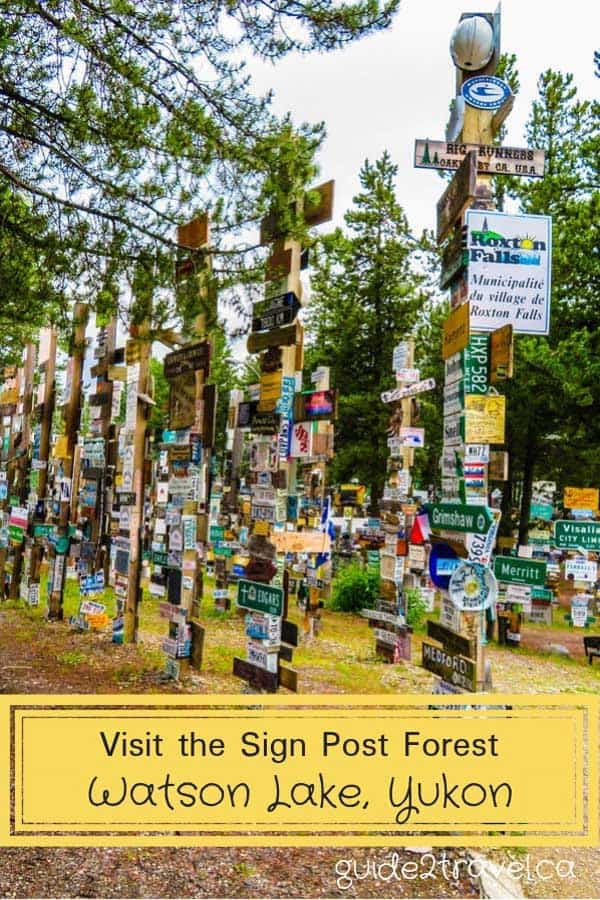 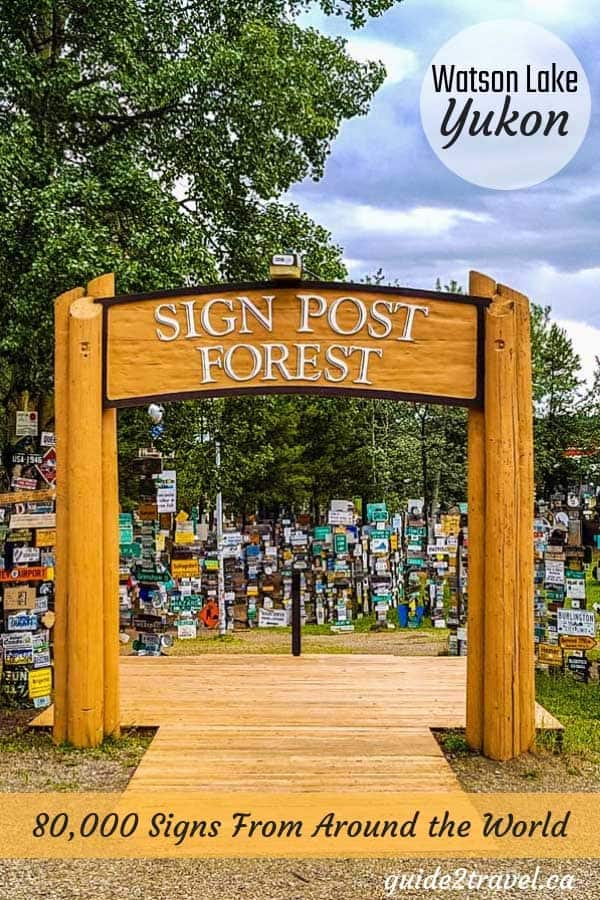