FlyOver Canada combines technology with spectacular photography.  You may be seat-belted in a chair, but you get the feel — and bird’s eye-view — of flying over the nearly 10 million square km country of Canada.

What Canadian city is host to the FlyOver Canada flight simulation? [Click on the tabs above to find out the answer and learn more about experiencing FlyOver Canada.]

The FlyOver Canada experience is in Vancouver, Canada at Canada Place. The land where it sits downtown, by the cruise ship pier, has a long history. In fact, it was used by the CPR (Canadian Pacific Railroad) as Pier B-C for its coast to coast railroad , which was completed in 1885.

Canada Place, itself, was created as the Canadian Pavilion for the Expo ’86 World Fair. FlyOver Canada opened at Canada Place on June 29, 2013.

How was FlyOver Canada Created?

Motion Theater, such as FlyOver Canada, has been around for a few decades. In fact, my first experience with motion theater was in 2000 at Star Trek: The Experience in Las Vegas. I loved it!

The biggest difference between these early forms of motion theater and FlyOver Canada is in how you explore the environment. In Star Trek, I rode in a shuttle that dipped and dove through space. With FlyOver Canada, I felt the air more like a bird might. I shivered with the breeze and cold mist blowing off icebergs and felt my stomach drop as I swooped into canyons.

Indeed, FlyOver Canada is all about capturing live action. How did they film it? By using a Phantom 65 digital camera with a Nikon spherical lens — and a helicopter. The trick to the 3-D effect (created without glasses) is basically that both close and distant objects are projected. Want to know more? Here’s an interview with Rothschild. 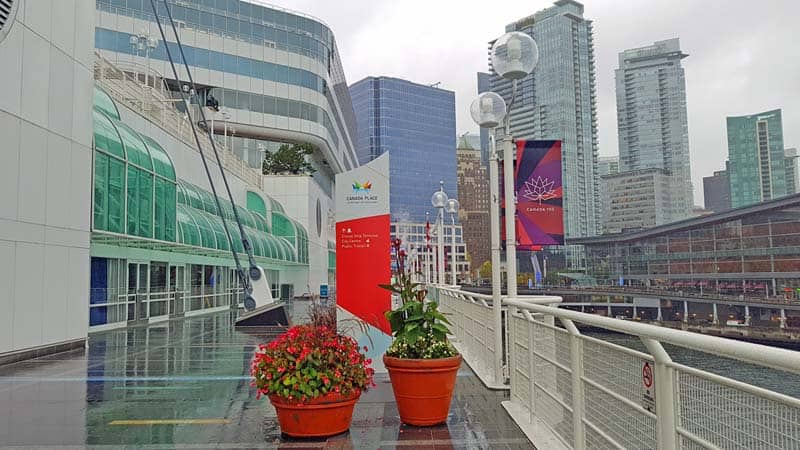 Canada Place is situated in downtown Vancouver, BC, on the waterfront. It’s a great place to explore if you’re boarding a cruise ship from the Cruise Terminal — in fact, 900,000 cruise passengers visit Canada Place annually.

How Do You Get to Canada Place?

There are, of course, lots of ways to get to downtown Vancouver. On my adventure, I took the Skytrain from the Vancouver Airport. Here’s a link to a FAQ sheet on finding the boarding point and buying a ticket. I found it easy, as the train goes directly to Canada Place and takes just 25 minutes. You do need to purchase a 2 zone ticket though — I only purchased a 1 zone, so had to go back to a ticketing machine to add the extra dollar-and-a-half before I could leave the station when I arrived!

While FlyOver Canada and the Cruise Terminal are the main attractions at Canada Place, there are a few other things to see.

Historic ship model at the Port of Vancouver Discovery Centre.

My favorite spot was the Port of Vancouver Discovery Centre. It uses videos, touchscreen infographics and artifacts to tell the Port’s history.

Find Another Article About Canada!

Travel coast to coast visiting some of Canada’s top gaming resorts and cities. You’ll find attractions from Magnetic Hill to the Energy Museum.

5 Best Resorts and Casinos to Visit in Canada

Wondering about the top resorts and casinos to visit in Canada? Enjoy rugged outdoors by day and luxury casinos and resorts by night!

Top 10 Places Not To Miss In Ontario

Planning to visit Toronto, Ontario? Here are 10 places outside this Canadian city that you won’t want to miss no matter what you like to see!

Top 7 Casinos in Canada Every Tourist Should Visit

Are casinos part of your nightlife entertainment? Here are 7 casinos across Canada that will keep you entertained with shows and gaming.

Most Amazing Places for Taking Photos in Nova Scotia

Nova Scotia is one of Canada’s most historic–and photogenic–provinces. Check out these amazing places for taking photos in Nova Scotia.

The photo in the header was taken by Linda Aksomitis at the FlyOver Canada simulator experience. 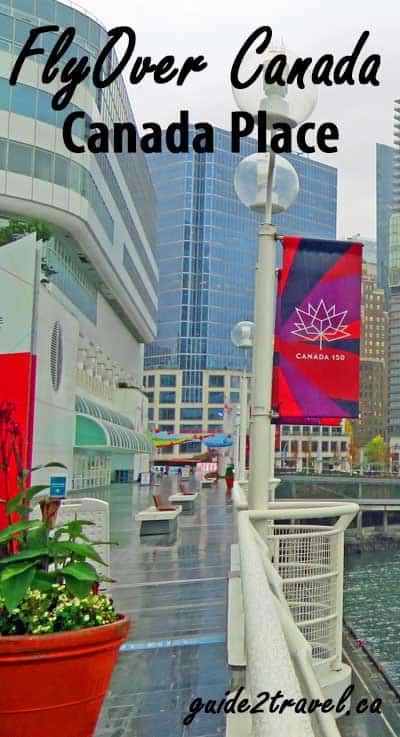 ← Read the previous article Read the next article →