...travel adventures with a twist of history Latest ArticlesAdventures
;
The Caribbean may be North America’s most popular winter destination with more than 25 million visitors each year. And with good reason! From the turquoise waters of the Caribbean Sea to the white sand of its beaches, there’s plenty of sun and fun for those wanting to escape the cold.

Although there are over 7000 islands in the Caribbean, only hundred or so are believed to be populated. Politically speaking, the islands have various affiliations. Thirteen are sovereign states, two, overseas departments, and 14, dependent territories with ties to the United Kingdom, France, Netherlands and the USA. For tourists, that means various cultures, languages, and monetary currencies. In fact, there’s a Caribbean island getaway to suit most everybody. 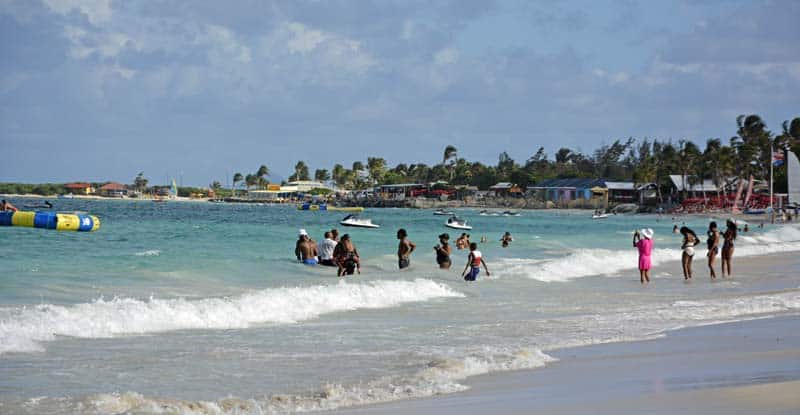 Beach on St. Martin Island in the Caribbean.

However, of the two Caribbean islands I visited, I enjoyed St. Martin Island (Sint Maarten) the most. Although just under 90 sq. km in size, it’s actually owned by two different nations, so half is Dutch and half, French. This gives it a distinctive character, for sure, as well as a border crossing in its middle. Check out my jeep adventure in my article Caribbean Vacations: Things to Do on St. Martin Island. 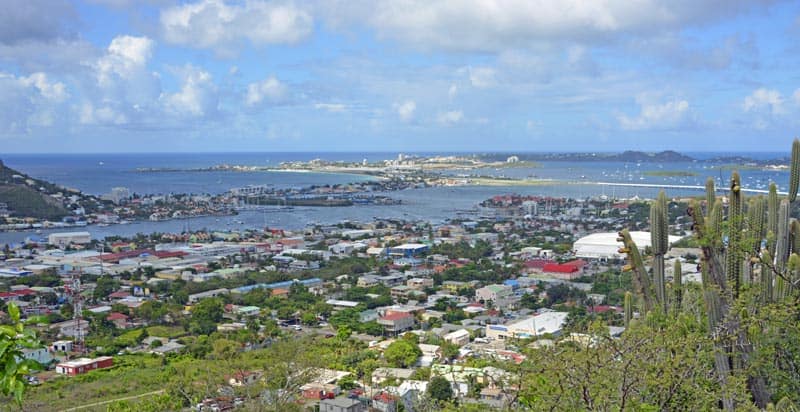 St. Thomas Island in the Caribbean.

St. Thomas was the final island I visited. This stop in the Virgin Islands (which are in the Caribbean) is most famous for its rum and banana daiquiris. And the shopping is pretty great too, with lots of tax-free savings.

As you might expect, there are lots of lists ranking the best Caribbean vacations. USA Today’s list of top 2018 Caribbean beaches include: Puerto Rico’s San Juan and Condadoa as well as Isla Verde, Rendezvous Bay on Anguilla, and the 37 beaches that ring the Dutch side of St. Maarten / St. Martin. 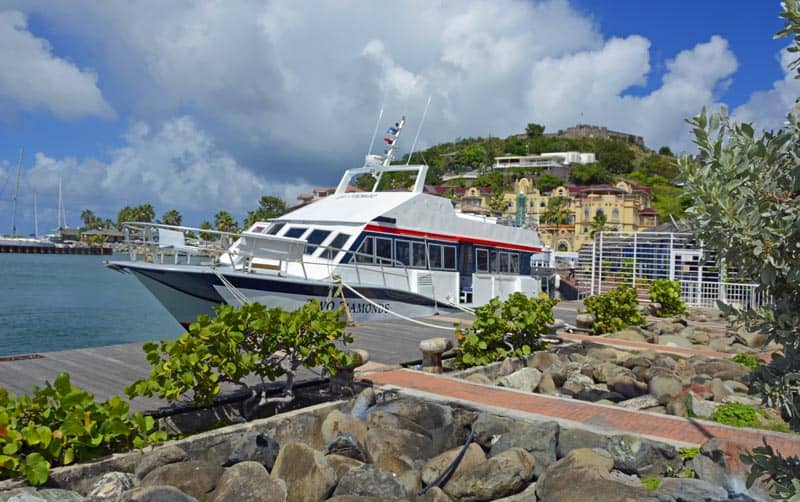 The Travel Channel ranks Shoal Bay, in Anguilla, a British oveseas territory, in first place. Aruba’s Eagle Beach took its second spot, followed by Trunk Bay, St. John. Sometimes called the most pristine beach in the Caribbean, Trunk Bay was donated to the U.S. by Laurence S. Rockefeller to the U.S. Park Service to create the Virgin Islands National Park.

Tripadvisor weighed in with a list of the top 25 Caribbean beaches, too. Its #1 spot went to Grace Bay, Providenciales, Turks and Caicos, with Varadero Beach in Cuba coming in second and Eagle Beach in Aruba in third place.

Video: 10 Best Places to Visit in the Caribbean

More Places to Visit in the Caribbean

From Seven Mile Beach to Stingray City, Cayman Islands are a visitor’s paradise. Explore the history and attractions of these Caribbean islands.

The photo in the header above was taken on the island of St. Martin in the Caribbean by Linda Aksomitis. 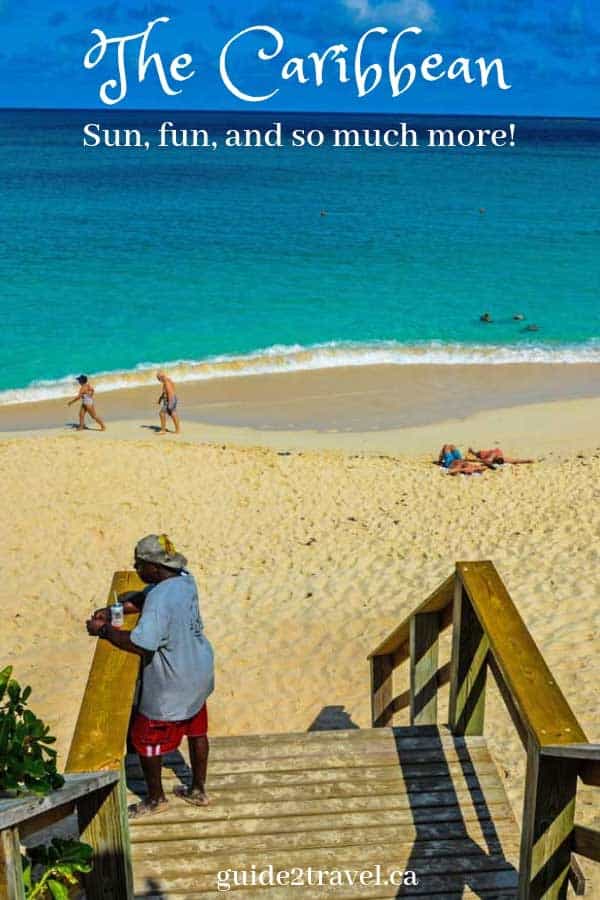 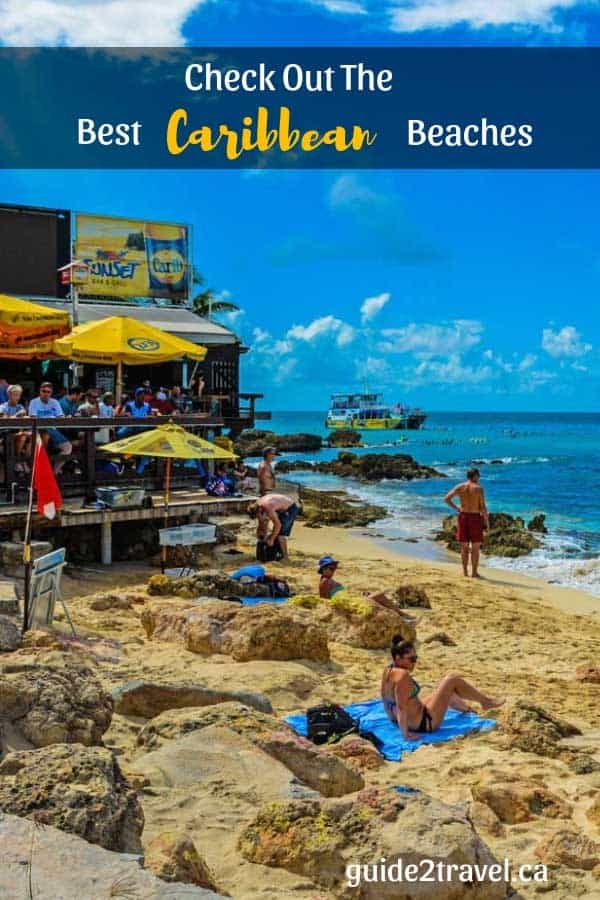 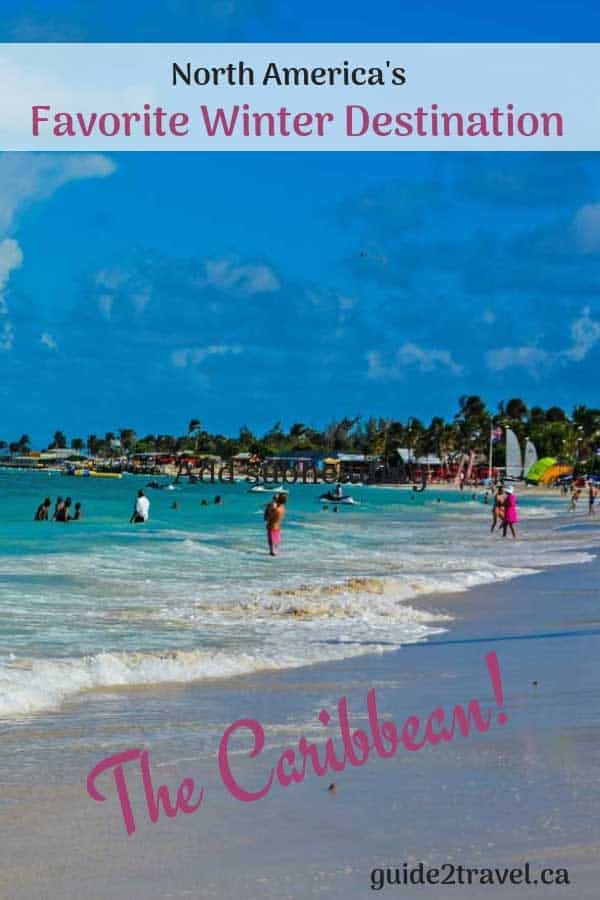