Set Sail With Oasis of the Seas

Everything You Ever Wanted to Know!
;
Cruising on a mega ship with Royal Caribbean feels a lot like living in a magnificent floating city. The Oasis of the Seas, my first cruise adventure, provided exciting things to do all day — every day. Plus, we had stops at three Caribbean islands, dropped like gems into the turquoise of the Caribbean Sea.

While you might think life in a city of 8300 or so (around 6000 passengers and 2500 crew) would be hectic rather than relaxing. But it wasn’t. Rather, everything ran like clockwork, and I found out many reasons why on my All Access Tour.

Oasis of the Seas has 15 publicly accessible decks. Then, there are a number of decks below where all the “work” of the ship happens. Come explore them with me!

With thousands of staff, you might expect not to ever see the same person more than a few times. However, staff are all assigned to specific duties, so you feel you’re getting personal service. Whether it’s your cabin steward who seems to know exactly the moment you leave your cabin so he can tidy up, or the dining room waiters, everyone seemed to have the memory of an elephant. They always knew my name! And with 80 nationalities represented by crew, language was never a barrier.

Life as a crew member, as you might imagine, isn’t all about the exotic destinations the ships visit, although seven out of every workgroup of 10 are free to leave the ship when it’s in port. Each work shift is 8 to 16 hours long, with breaks in between. And contracts are flexible, with nine months the longest and 90 days the shortest.

Josh, one of the crew I spoke with, said he’d been on board for five months, but in the hotel industry for 12 years. Even with his experience, landing the job hadn’t been easy. It had taken a month-and-a-half after submitting his application, with three interviews from the country agency, and several more with Royal Caribbean, as well as a medical exam.

His other comments? Salaries were good, especially since you don’t pay taxes at sea. They can use the onboard medical services of the five nurses and three doctors. Even staff food was tasty, since cooks try to serve various ethnic foods so everyone gets a taste of home regularly. The day I visited, they were having Indonesian. 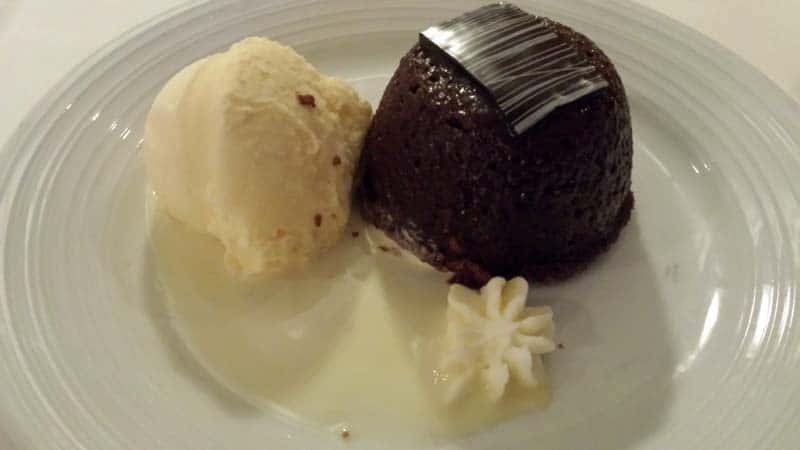 Brownie & ice cream dessert on the Oasis of the Seas cruise ship with Royal Caribbean International.

The thing we wonder about most when cruising is the food. Will it be tasty? And will there be variety? After all, the ship is your only option.

However, Royal Caribbean International makes sure everyone is happy with the food! It takes about eight hours to restock the ship when it’s in port. So, while I was boarding in Fort Lauderdale, a lot of workers were having a very busy day.

And what about putting all the food away? Oasis of the Seas has 22 storage locations with team members assigned to each one. Their job is to keep the space clean and organized, as well as prepare the orders.

Never fear about running out either. The ship carries a whole week’s extra food, just in case of emergency. 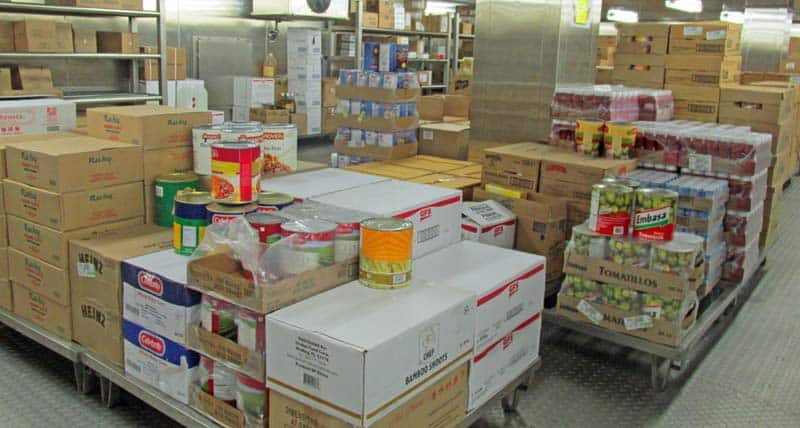 Storeroom of food on the Oasis of the Seas cruise ship with Royal Caribbean International.

Next, of course, comes the food preparation. Chef Edward told us that 125,000 plates of food are served daily! That takes a lot of cooks — around 250 in fact. Dishes, I discovered, were never ending, with 100 staff members running the dishwashers.

What About the Sheets?

I loved my cabin on Oasis of the Seas. The view was amazing outside my porthole and the bed was even more amazing on the inside. But the best thing about my room was the sheets — nothing feels like pampering more than good linens, at least in my opinion.

My tour through the ship’s laundry where they wash the sheets, rather than being boring was quite fascinating. Their washing machines defy the term, big, holding 900 pounds each. Then, each washer has five driers to keep up the continuous cycle of taking care of the laundry.

Once cleaned, linens are sent on to Deck 0, where they’re run through a hot–hot press. You sure don’t have to worry about what’s on your sheets after five staff members hold them straight and put them through the machine! 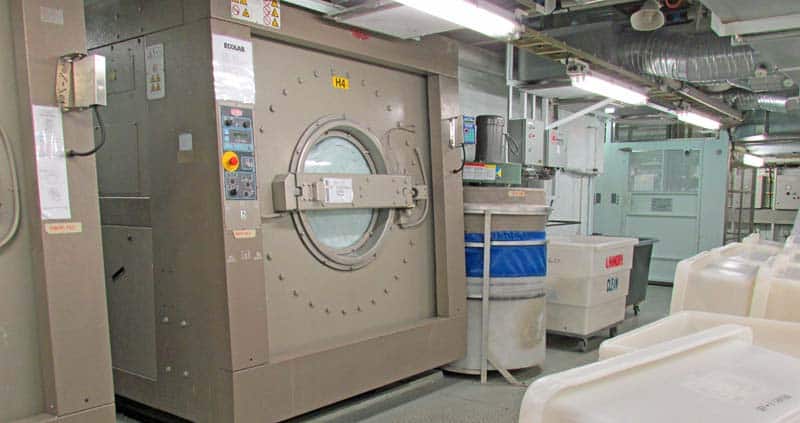 Laundry on the Oasis of the Seas cruise ship with Royal Caribbean International.

The laundry also does staff uniforms and guest laundry. By the time the wool press and flat press and form finisher are all done the clothes could be brand new. No wonder ship staff all look so professional!

If you’re like me, you may have wondered where the water all comes from for the cooking and cleaning. It’s actually “made” on board using a reverse osmosis system. In fact, sea water is boiled at 80 degrees Celsius to produce fresh water, then it’s treated for use. 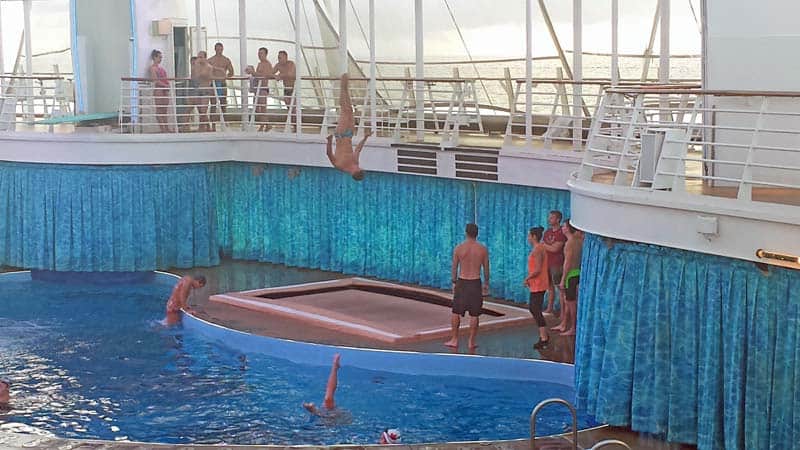 Aqua theater on the Oasis of the Seas cruise ship with Royal Caribbean International.

The mega ship, Oasis of the Seas, provides a great lower-priced option than Disney for family cruises. With everything from arcade to zipline to rock climbing wall, there are lots of options for young cruisers. However, even as a baby boomer, I found the Aquatheater an entertaining show. In fact, I attended every afternoon I was at sea.

So what exactly is Aqua Theater? Well, it’s a diving show with 12 dives happening in just 37 minutes. The divers are professionals who take special training in Ft. Lauderdale before signing on for a six month stint.

Divers jump into a 15 foot deep, 530,000 gallon tank, from a variety of platforms. The highest jump is 60 feet. Watching, I was reminded of that cartoon show, High Diving Hare, staring Bugs Bunny. I can still hear Yosemite Sam shouting, “Now ya smarty-pants, let’s see ya get out-in this one!” And Bugs, of course, still manages to win the day.

But there was no joking around with the divers in the Aqua Theater! It was stunning dives, perfectly executed, every time. 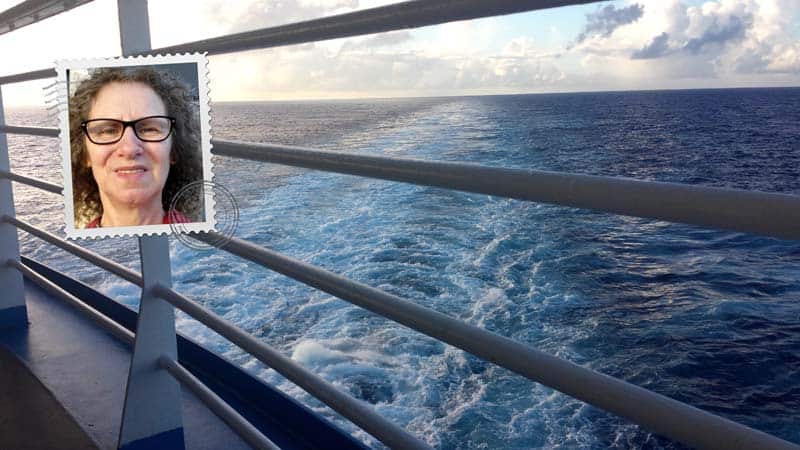 Linda Aksomitis on the Oasis on the Seas cruise ship.

I found the Royal Caribbean mega ship, Oasis of the Seas, a perfect introduction to cruising. Since the ship was so large, I certainly didn’t experience any seasickness. The many options for dining made it easy to get a snack or full meal pretty much any time of the night or day. And socializing was easy too, with lots of bars and evening activities of all sorts.

You can check out what’s happening on Oasis of the Seas online at: https://www.royalcaribbean.com/cruise-ships/oasis-of-the-seas/things-to-do

Places to Stop on Your Next Cruise!

The aquamarine colors of the Caribbean Sea inspire the same trust and peace as the gemstone it gets its name from. The gem, fabled to have been blessed by the god of the sea and found in a mermaid's treasure chest, has appeared in stories throughout written history....
Read More

The photo in the header above is of the Royal Caribbean International cruise ship, Oasis of the Seas. It was taken by Linda Aksomitis on her first cruise. 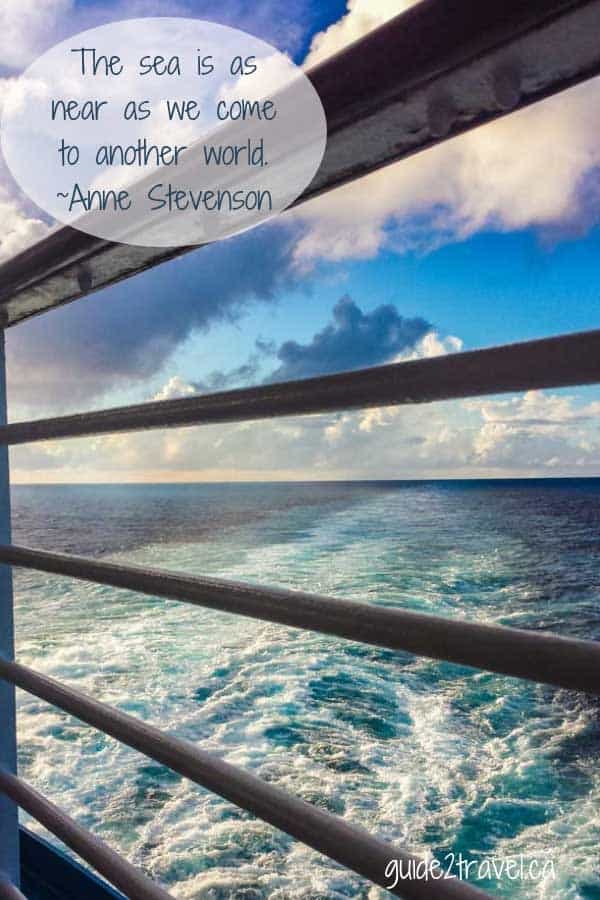 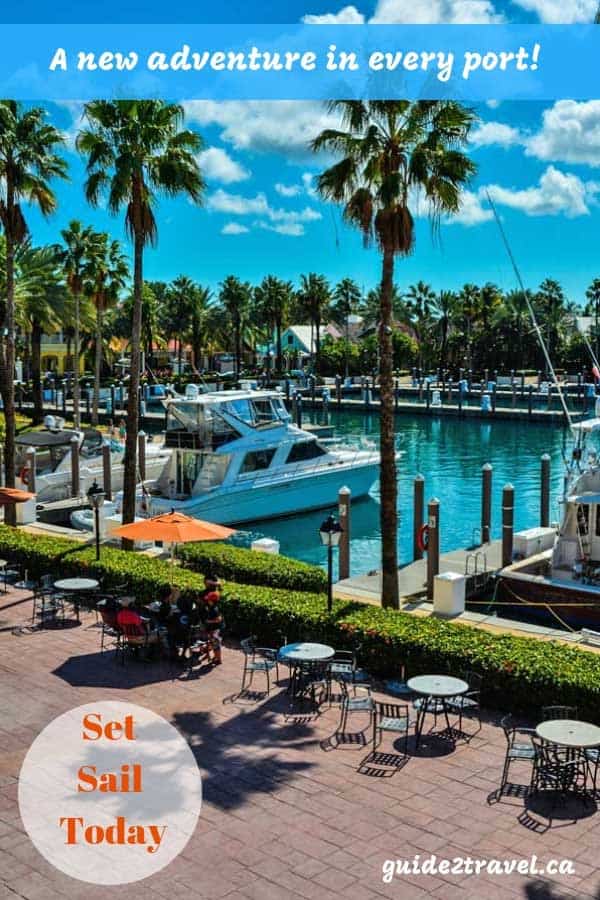 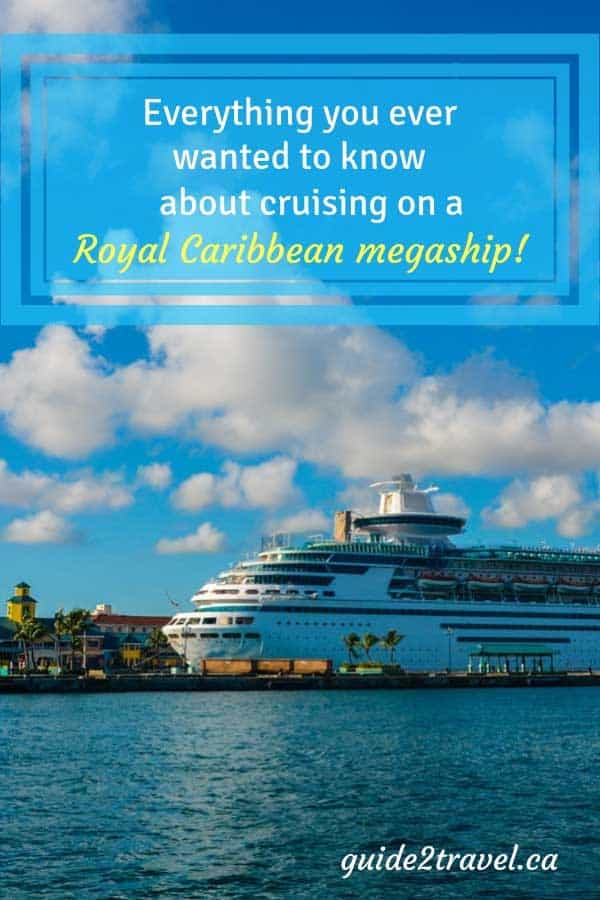